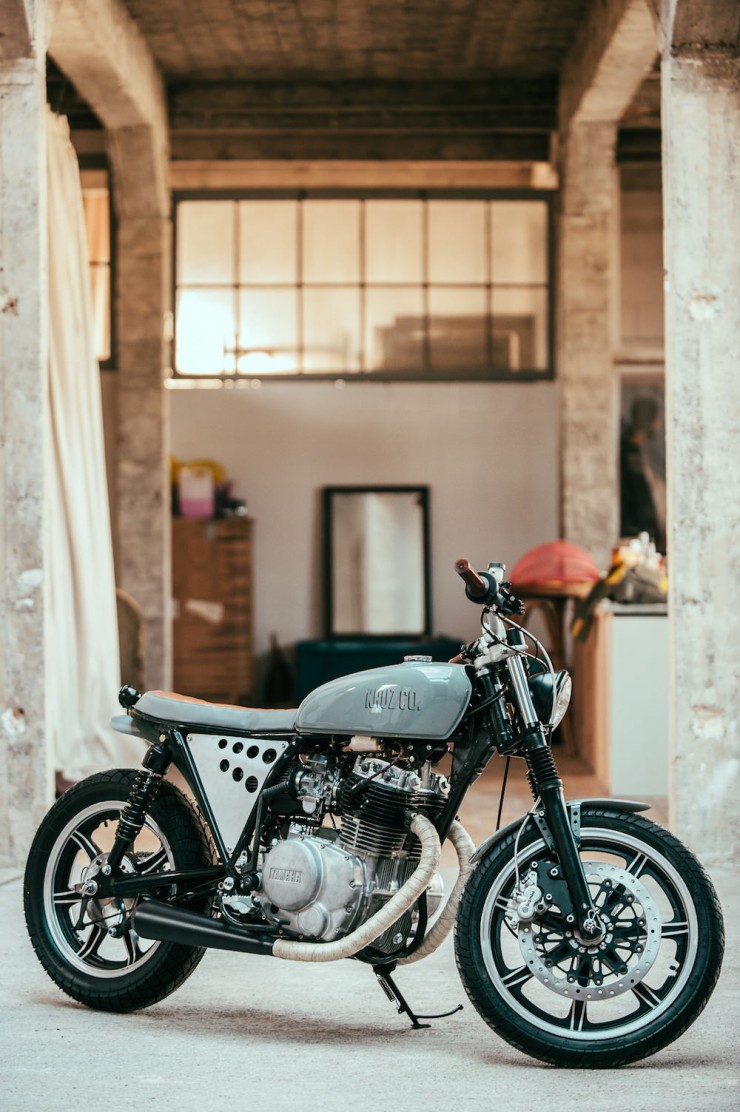 The humble Yamaha XS 400 is often overlooked by people who are lured by the larger XS650 and although I’m well aware of the attraction of additional power, I’ve always been a huge fan of slightly smaller engined, lighter weight bikes.

When men first had the idea of dropping an engine into a bicycle, they used very simple, low-powered engines combined with very light, single down-tube bicycle frames which resulted in motorised velocipedes only just powerful enough to dislodge your monocle.

As time progressed and engineering pushed ahead motorcycles with 10hp engines were usurped by motorcycles with 20hp engines and as the decades passed we found ourselves looking at bikes with almost 200hp that weigh in at over 500lbs – 20+ times more powerful and 4 times as heavy as the bikes our great-grandfathers raced around wooden stadiums wearing leather helmets and having the time of their lives.

Telling you all of this is my way of saying that bigger isn’t always better. 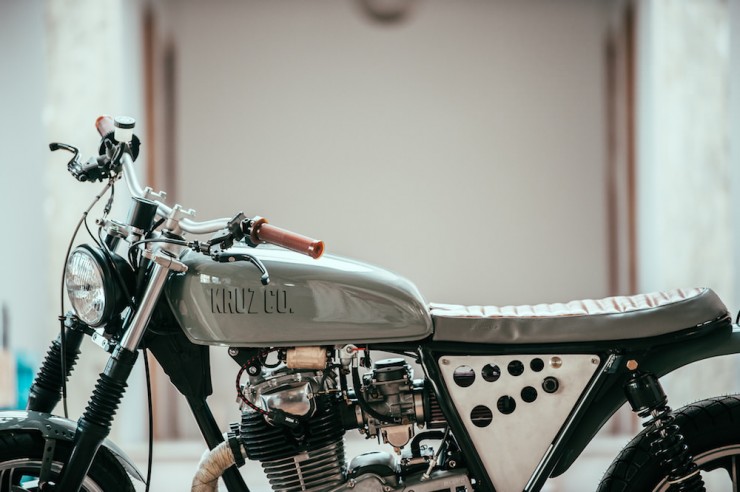 The Yamaha XS400 was first released by Yamaha in 1977, it’s very closely related to both the XS250 and the XS360 with all three models using an air-cooled parallel twin with a 180 degree offset, overhead-cam, 4-stroke engine. The model number indicated the swept capacity of the engine, as is often the case with Yamaha models.

The 392cc unit in the XS400 has a horsepower rating of 36, a 6-speed transmission and a top speed of 109mph if you can find a stretch of unpoliced asphalt and you have the nerve to bang the needle off the red line in 6th gear.

The beautifully customised bike you see here is the work of Kruz Company in collaboration with Niyona, the bike arrived at the garage in appalling condition and required a full tear down and rebuild. The engine was pulled from the frame and rebuilt from scratch, the frame was then cleaned and repainted before the engine was returned. A hand-made leather seat was produced by Niyona and that fuel tank was sourced from a Honda CB125, the front springs were rebuilt and lowered 60mm and new Brembo brakes were added to the front end.

As the XS400 neared completion a pair of Heideneau tires were added, a Renthal handlebar, Mini speedo, RCS clutch control and custom wiring loom were all added before the bike was rolled back out of the garage – ready for its photoshoot by True Biker Spirit. 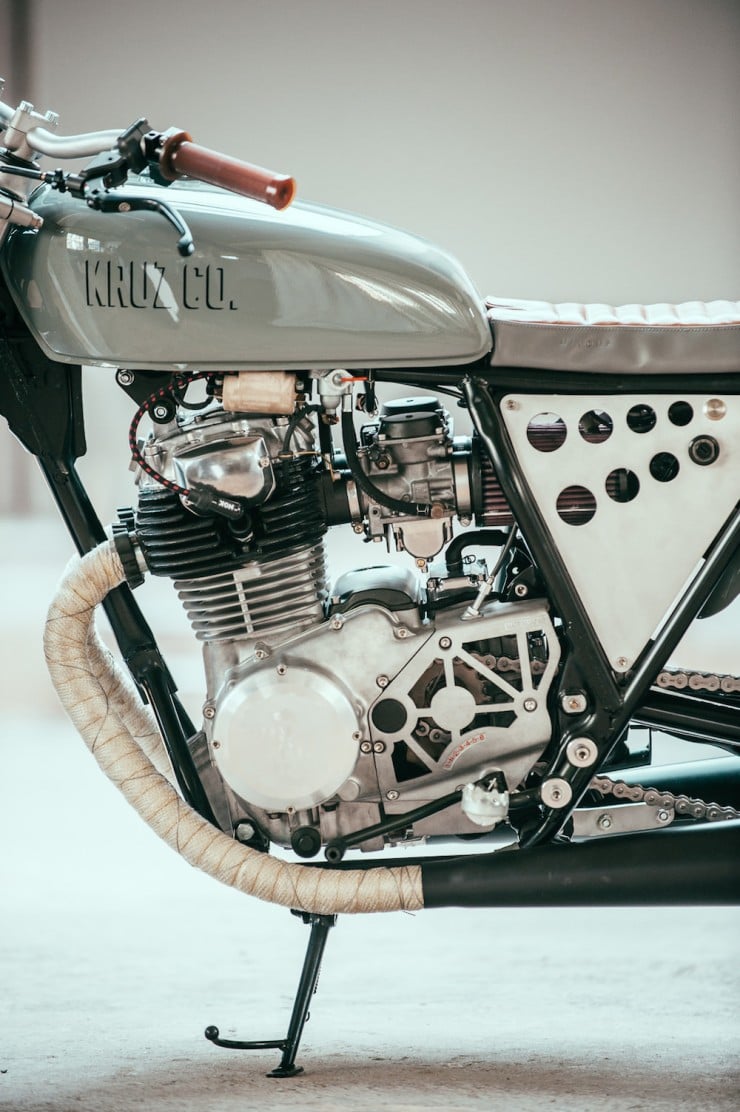 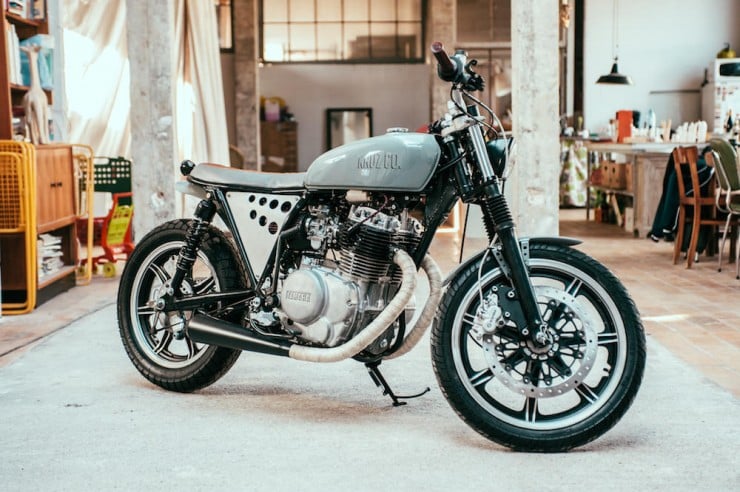 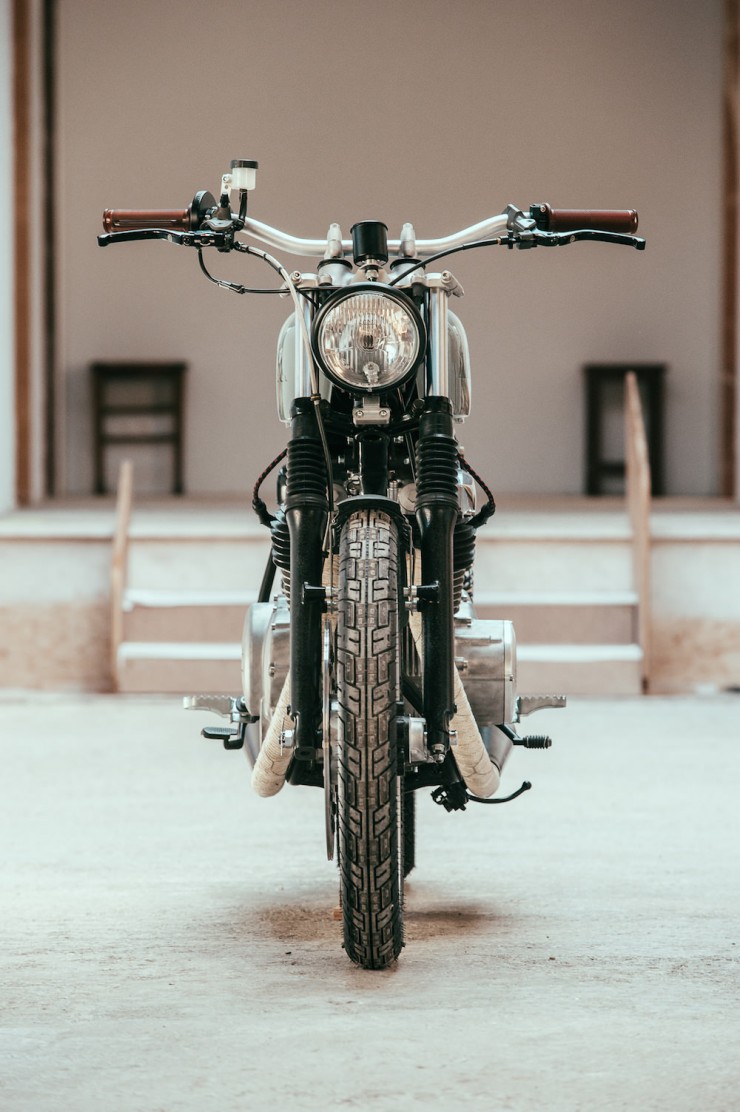 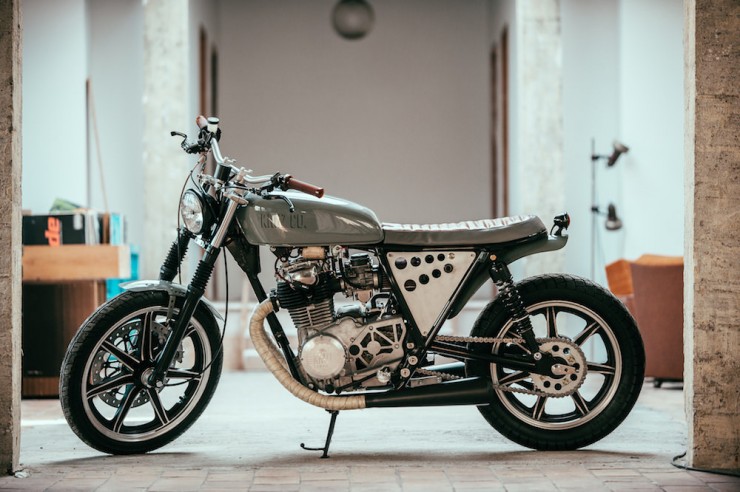 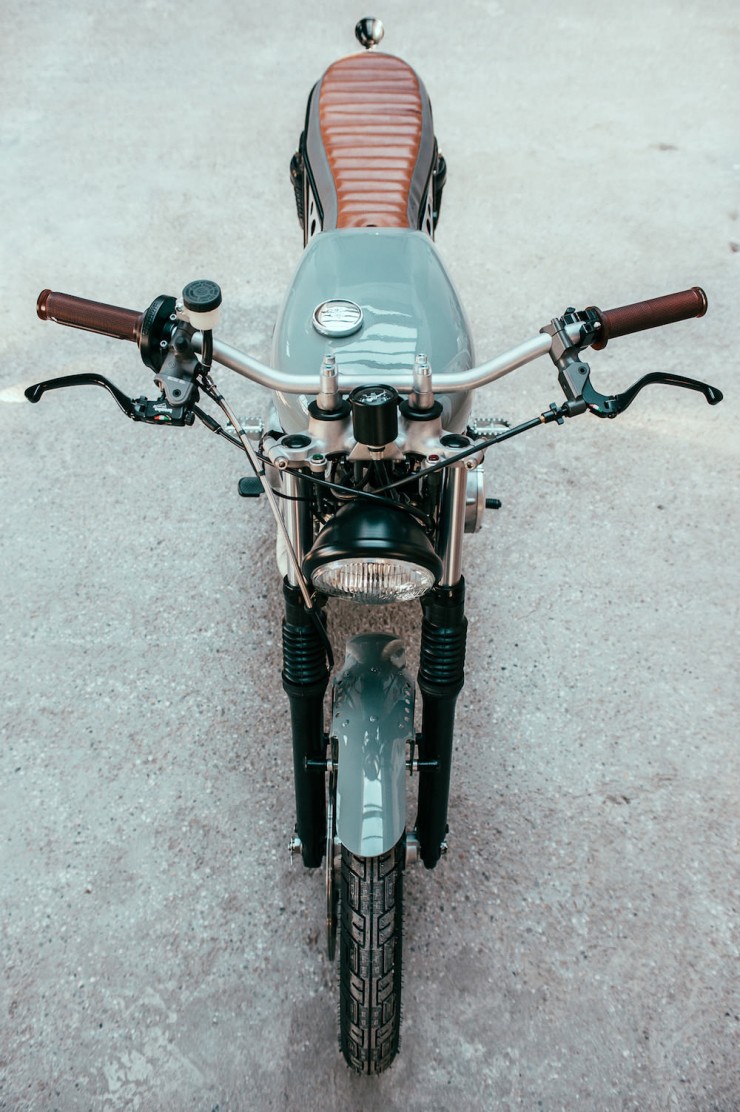 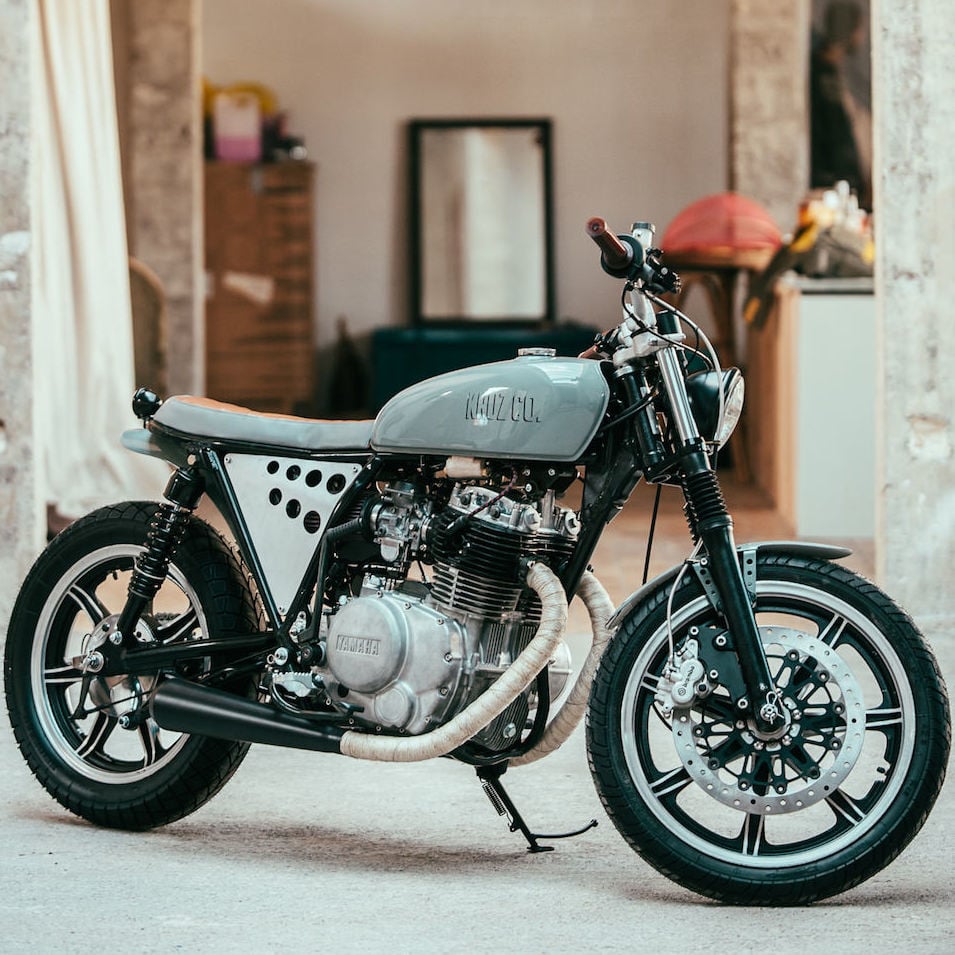