Skyscraper Hangar In A Metropolis by Hugh Ferriss 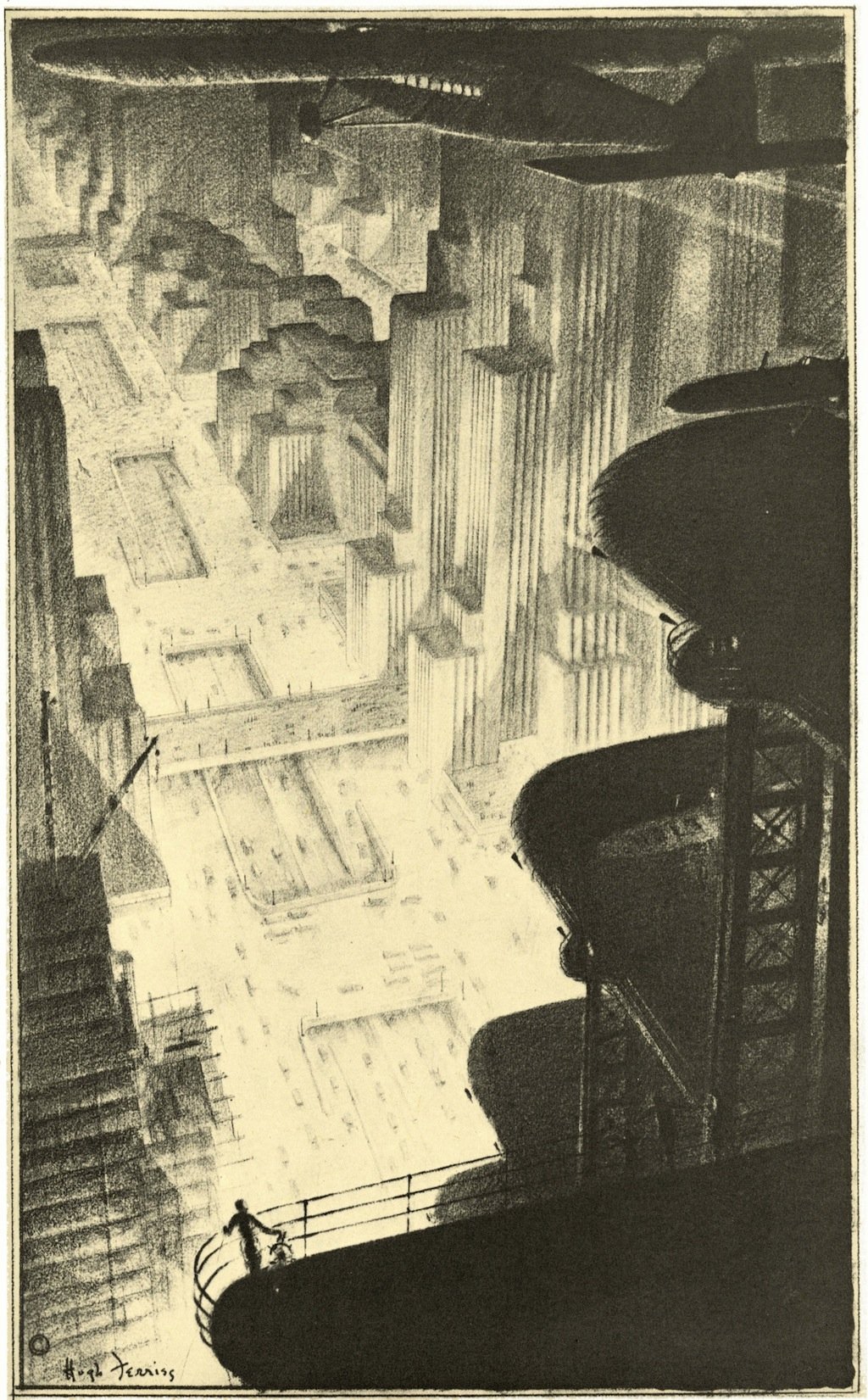 Hugh Ferriss is one of those people whose work we’re all familiar with but whose name most of us don’t know. Ferriss was an architect and delineator (that’s an artist that creates perspective drawings of buildings) who started out in the tumultuous 1920’s, his distinctive style was used as a model for Batman’s Gotham City and his art is often synonymous with Art Deco architecture.

Read more about Ferriss here or check out more of his incredible art here.