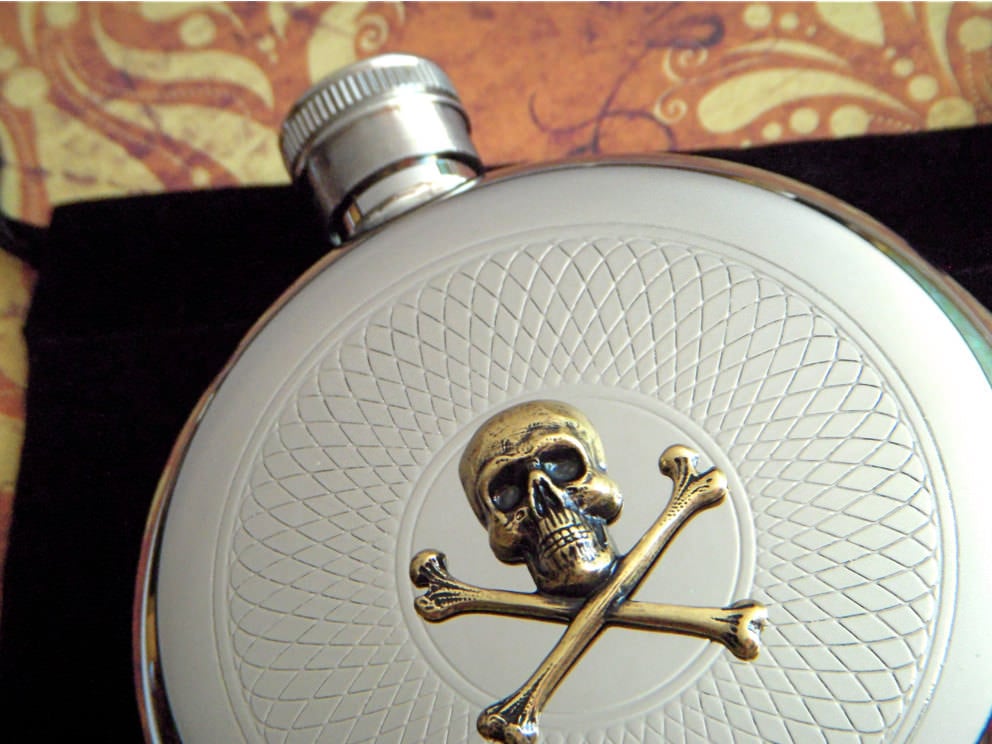 The hip flask is one of those things, like pocket knives and cufflinks, that no man should be without. This silver plated, 5oz  Skull & Crossbones Hip Flask by Cosmic Firefly is one of the better flasks I’ve seen recently and it’s sure to prove popular as a jacket pocket based winter warmer.

If you’re in the market for a new portable whiskey container, this might just be your horse. Check it out here via Etsy for $65 USD.