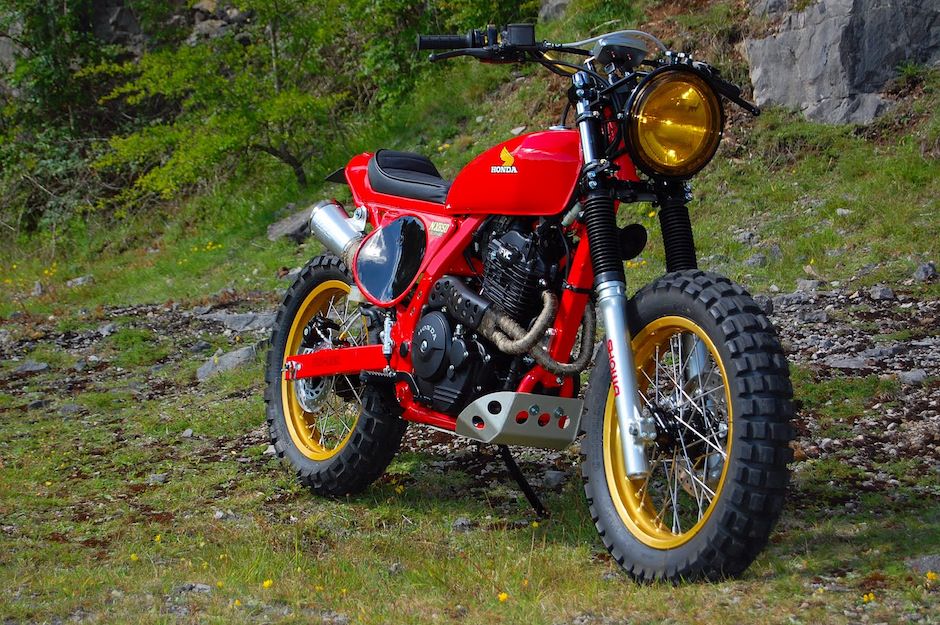 This rather unique Honda Dominator NX650 represents a design direction that myself and many others wish companies like Honda would embrace for mainstream use. When you compare the stock Dominator to the model pictured here it makes you wonder who is responsible for the stock model’s design and how they must have felt when they saw what a few, relatively minor modifications were able to produce.

The primary modifications are a cropped sub-frame, a new fuel tank (from an ’80s Honda CG125), new rims, tires, lights and seat/cowling as well as a fetching fire engine red paint job. It isn’t hard to imagine that the new scrambler/tracker Dominator will go everywhere the original bike will, it’ll also look a hell of a lot better doing it.

The English chap who builds these custom NX650s takes orders and has built 5 of them so far to date, if you’re in the market for a scrambler that’ll go anywhere and then win design awards when it arrives, click the link here to visit the builders website. 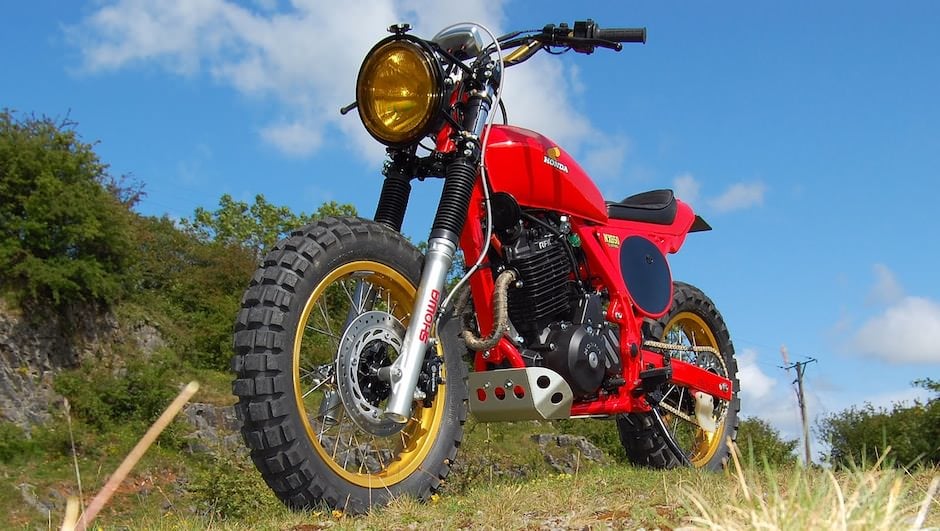 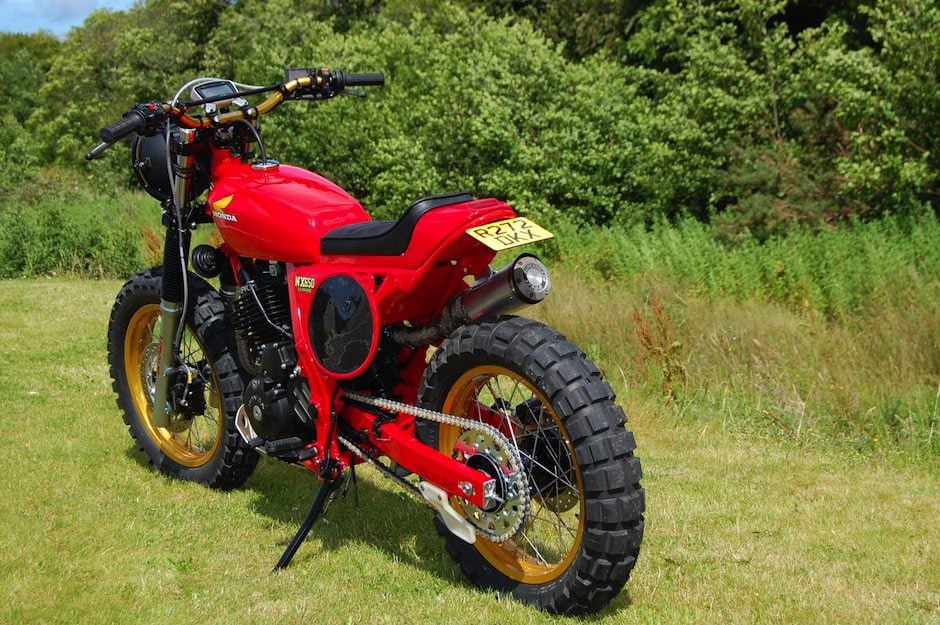 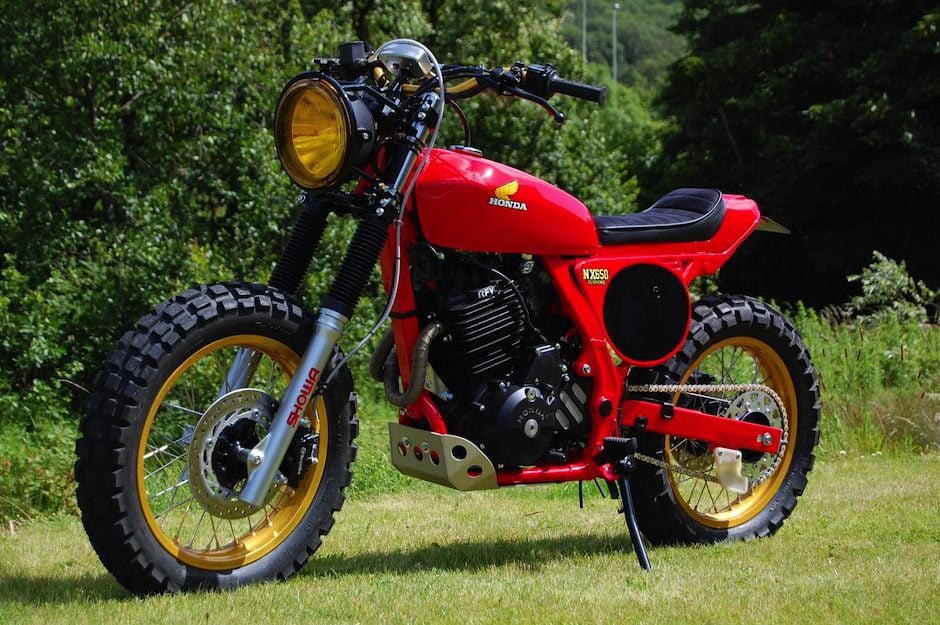 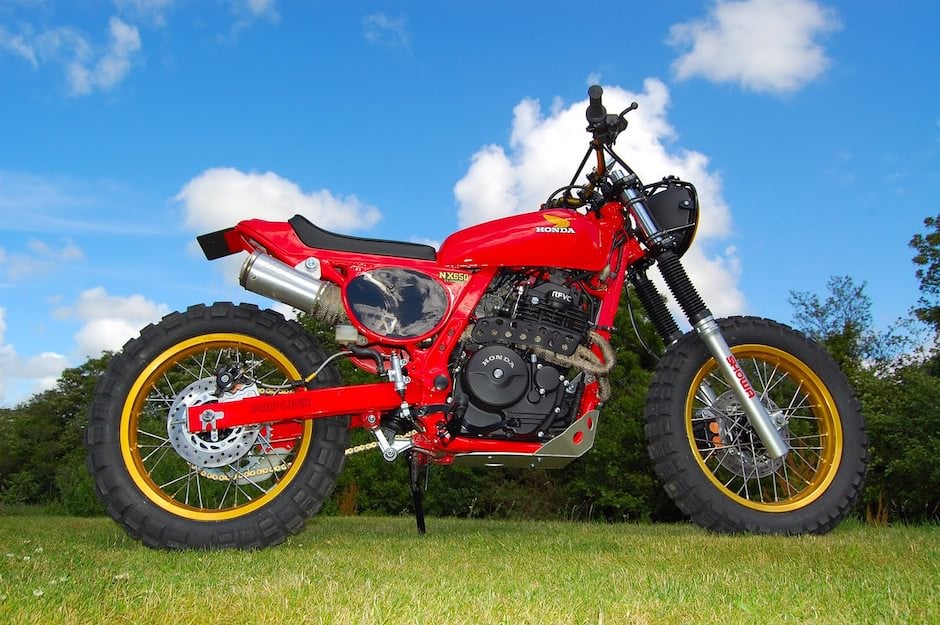