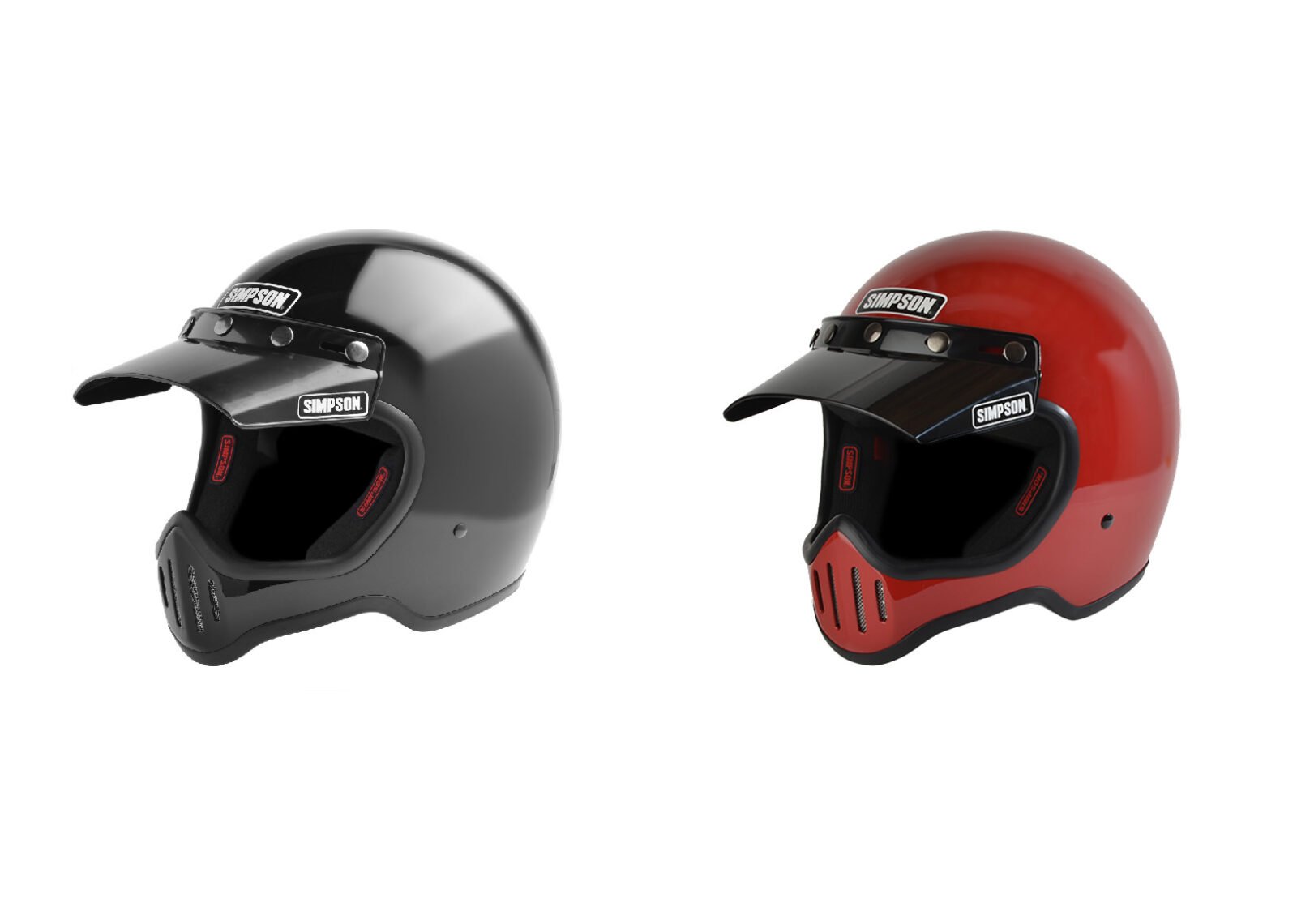 Many motorcyclists who ride vintage or modern classic machines prefer to wear helmets and other gear with design contemporary with the era of their bike.

The key issue with this has typically been that there weren’t many (if any) retro-styled helmets that meet modern safety standards. In recent years there’s been an explosion in the production of these helmets, and riders are now spoilt for choice.

The Simpson M50 helmet has a modern composite fiberglass shell that’s designed to retain integrity when impacted, inside the helmet there’s an impact absorbing EPS foam, which is covered with the helmet liner.

Simpson make two shell sizes for the M50 to ensure you get a good fit regardless of head size and ensure there’s no risk of looking like a bobblehead, or of having insufficient EPS foam thickness.

The helmet also has removable and washable cheekpads, a 5-snap visor is included, and it has four chin vents to ensure you get plenty of airflow. The face port is designed to be large enough to work with any pair of motorcycle goggles or sunglasses you choose, and it has a traditional double D-ring closure. 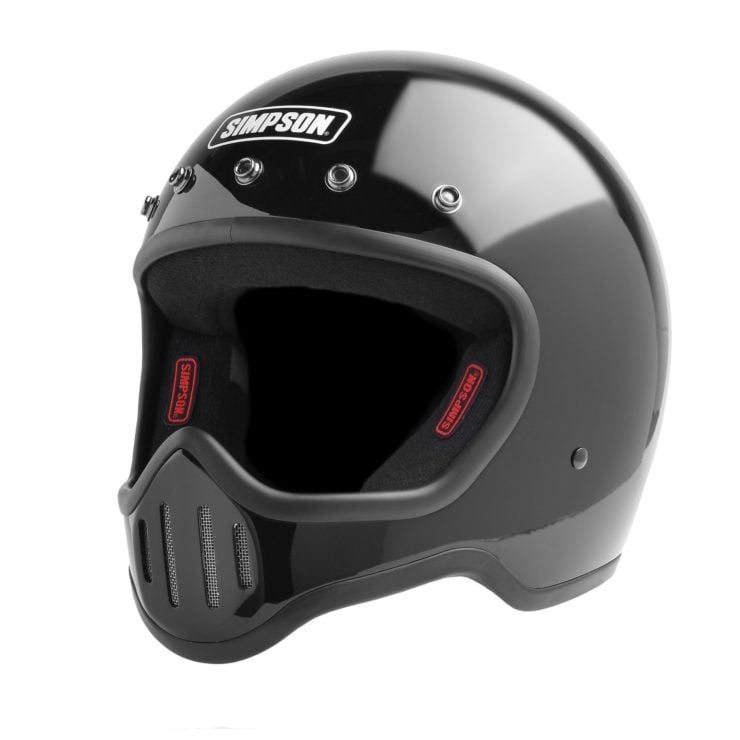