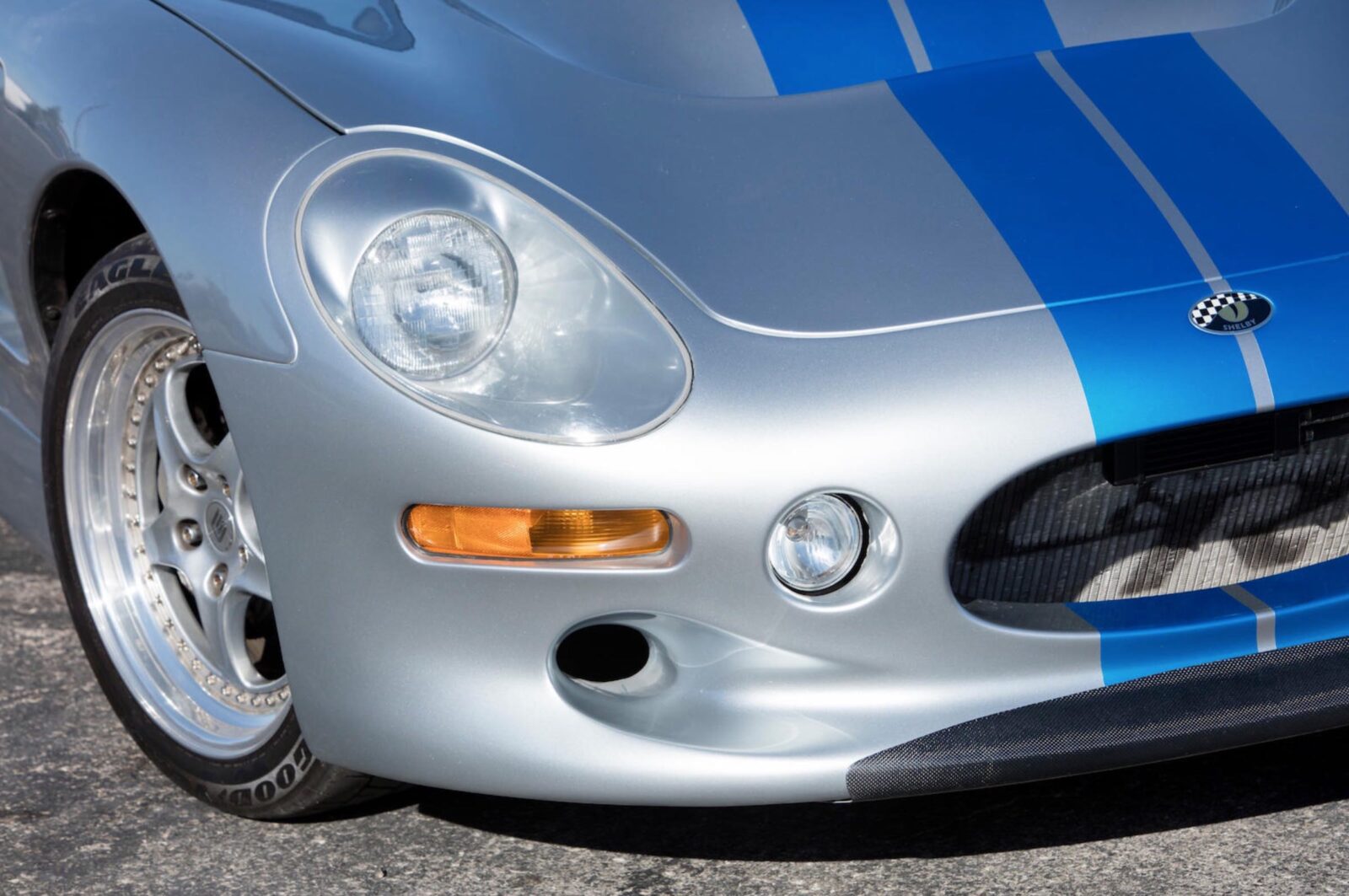 Personally, I think the Shelby Series 1 is a significantly underrated car. It was the only blank-slate road car ever built by Carroll and the storied American company, it has looks influenced by the Shelby Cobra and the Shelby Daytona Coupe, it’s fitted with a highly-tuned, all-alloy, double overhead cam L47 Aurora V8, it has a lightweight aluminum-alloy space frame, double wishbone independent suspension on all four corners, and that world-famous Shelby badge on the hood.

Approximately 250 examples of the Shelby Series 1 were built, and today they typically change hands somewhere around the ~$100,000 mark, while many of Carroll’s more famous creations sell for millions of dollars a pop.

Perhaps the most obvious reason for the underrated nature of the Series 1 is the (abysmally) poorly managed initial production run, as is often the case with new, low-volume automakers the Series 1 suffered from a multitude of teething problems, combined with an interior that was compiled of parts looted from the parts-bins of major automakers. A big part of the problem was getting the car to conform with the then-new 1999 Federal Motor Vehicle Safety Standards – a major challenge for a shoestring automaker. 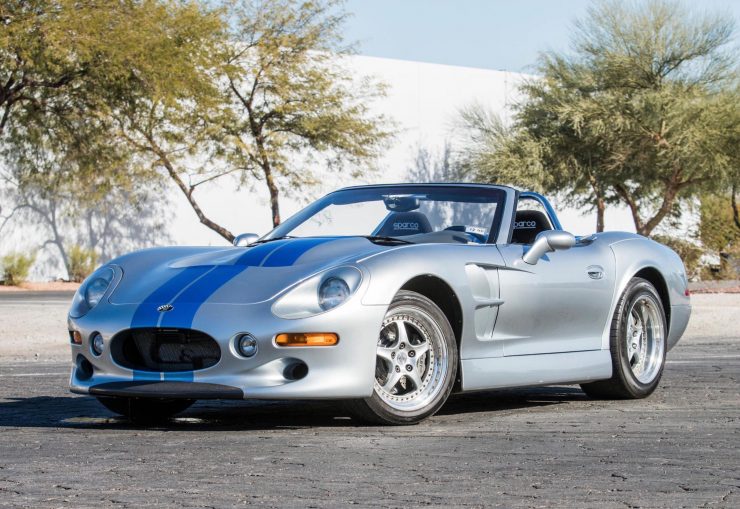 In a way it’s a shame the Series 1 had a botched launch, because it is a remarkably good car once you iron out the foibles. With 320 hp, 290 ft-lbs of torque, a 0-60 time of 4.4 seconds, and a 1/4 time of 12.8 seconds. The curb weight is a relatively light 2,650 lbs, and once dialed in, the handling was remarkably good by the standards of the day, in part thanks to the lightweight Aurora V8 that was mounted behind the centerline of the front wheels, making the car front-mid engined.

Despite the remarkable promise of the Shelby Series 1, the problems with its initial launch stayed with it for many years, and have resulted in it being undervalued (in my opinion of course). For less than the price of an official continuation Shelby Cobra, you can have Carroll’s only ground-up design – it’s also faster, safer, and better handling.

Recent news reports have emerged that the Series 1 may be returning in the guise of the Shelby Series 2, with a slew of upgrades but much the same styling as its forebear. We can only hope that the launch of the new car runs smoothly – and perhaps leads to a renaissance in appreciation for its elder sibling. 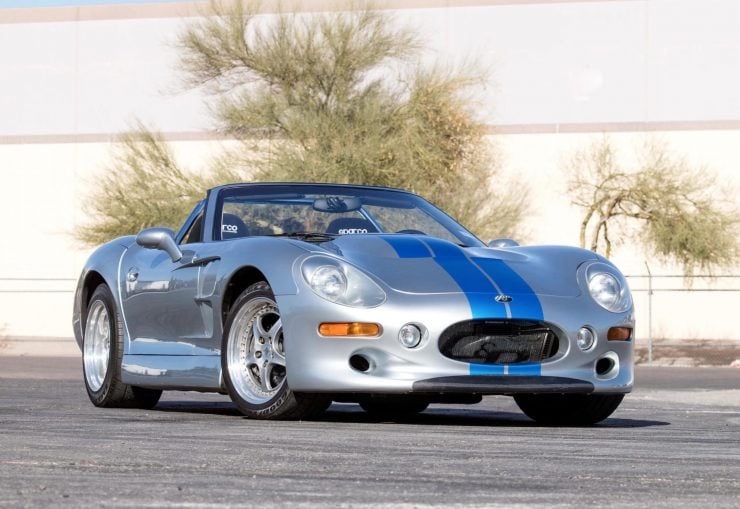 The car you see here is special for three reasons – it was Carroll Shelby’s personal car, it was the very first Series 1 off the production line, and it’s fitted with a supercharger.

This supercharger brought power up to an eye-watering 600 bhp at 6,500 rpm – making the car a genuine weapon on the street or track. Power is sent to the rear wheels via a 6-speed ZF gearbox, and thanks to the prodigious power increase, the 0-60 time is now just 3.2 seconds – well into supercar territory.

It’s believed that less than 25% of the Series 1s were fitted with superchargers, it cost an additional $20,000 over the stock car, and Carroll’s vehicle was fitted with prototype Sparco seats with a 4-point belt system and a roll bar for additional safety.

Bonhams estimate that the car will sell for between $100,000 and $120,000 USD when it rolls across the auction block on the 2rd of June. If you’d like to read more about it or register to bid you can click here to visit the listing. 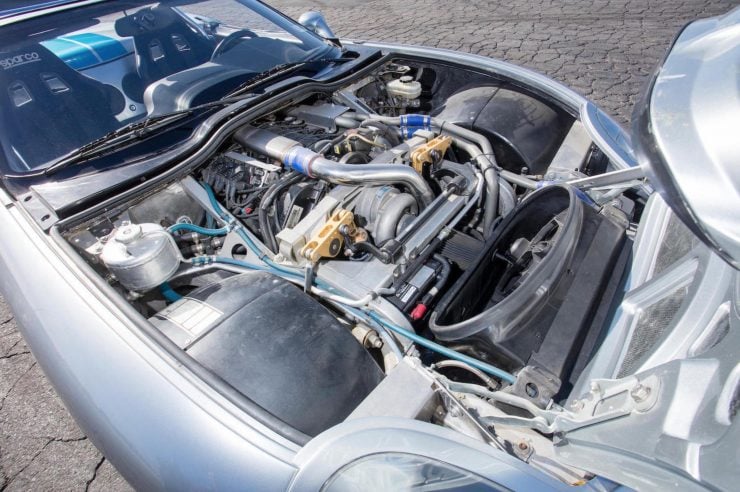 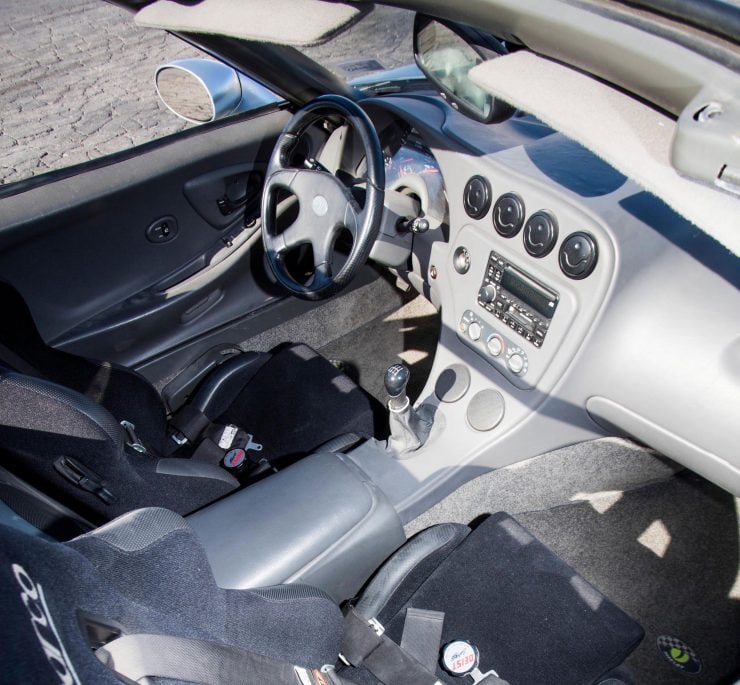 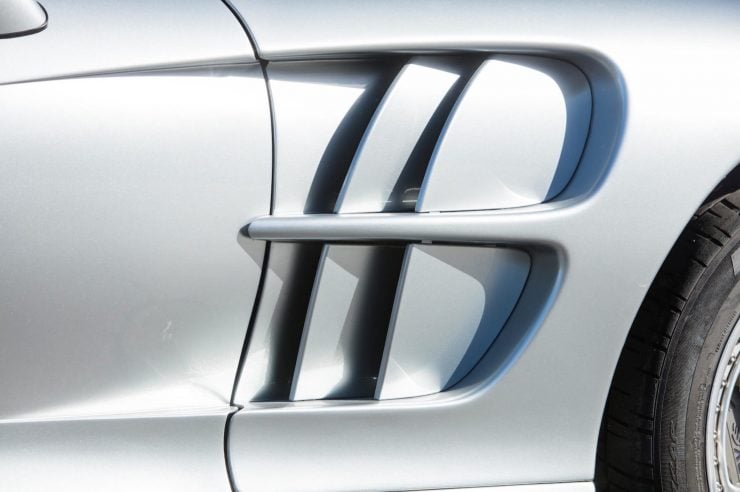 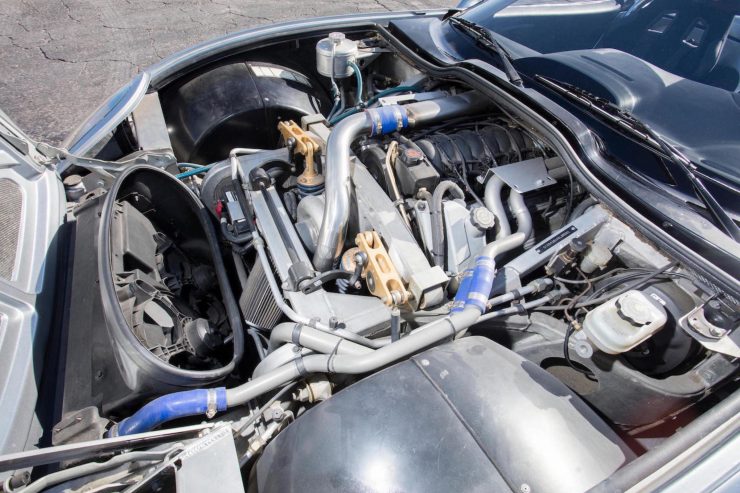 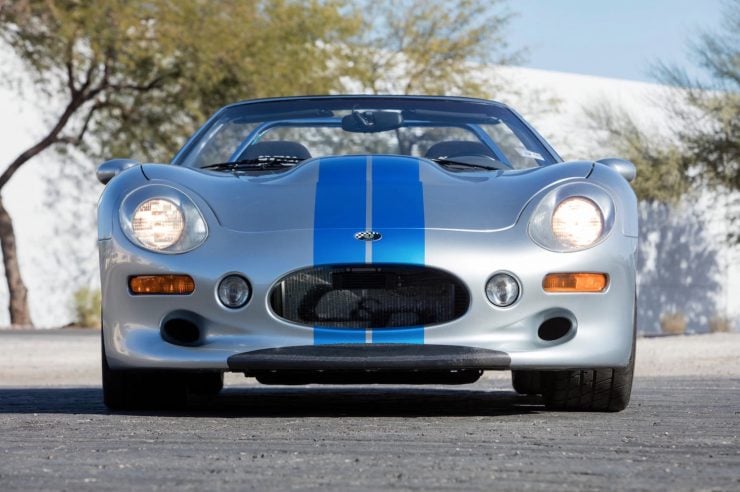 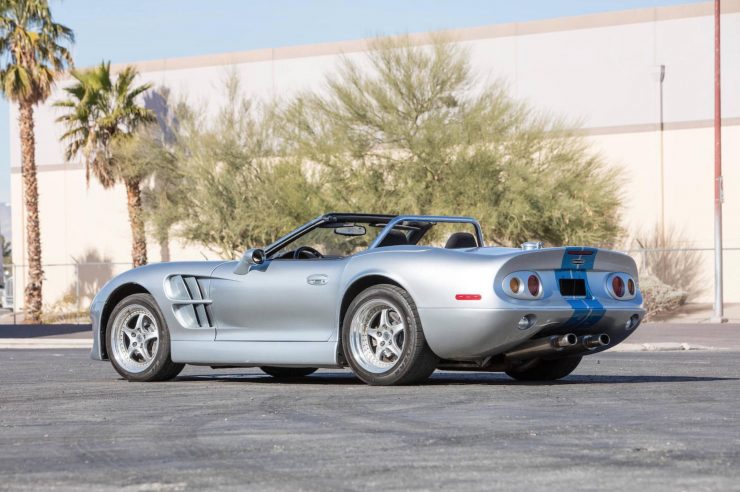 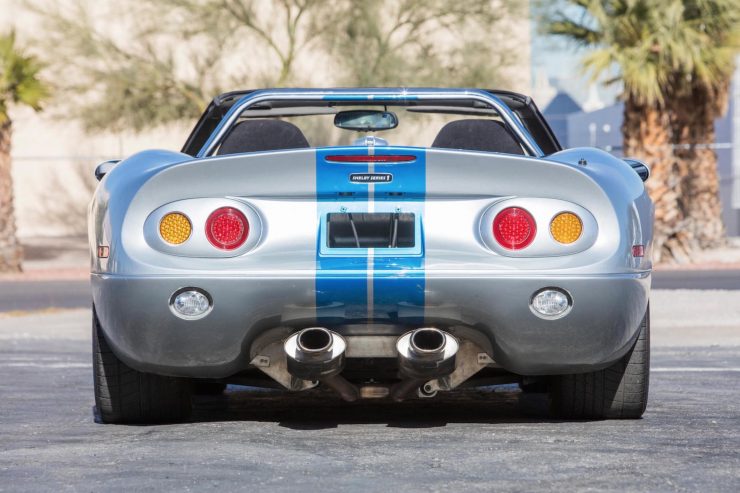 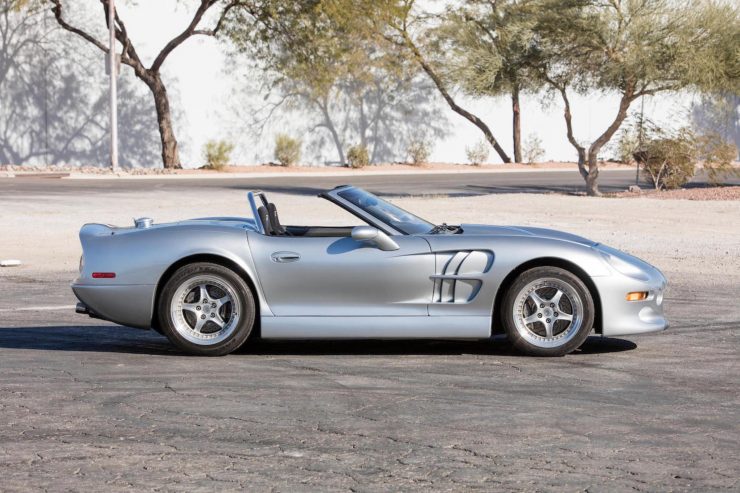 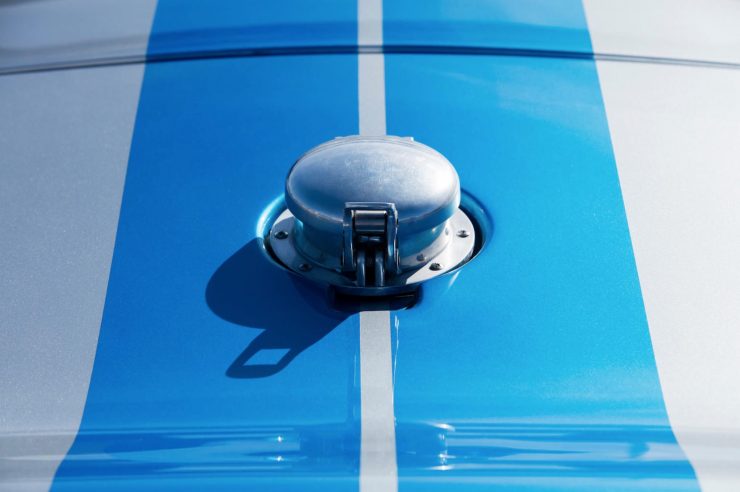 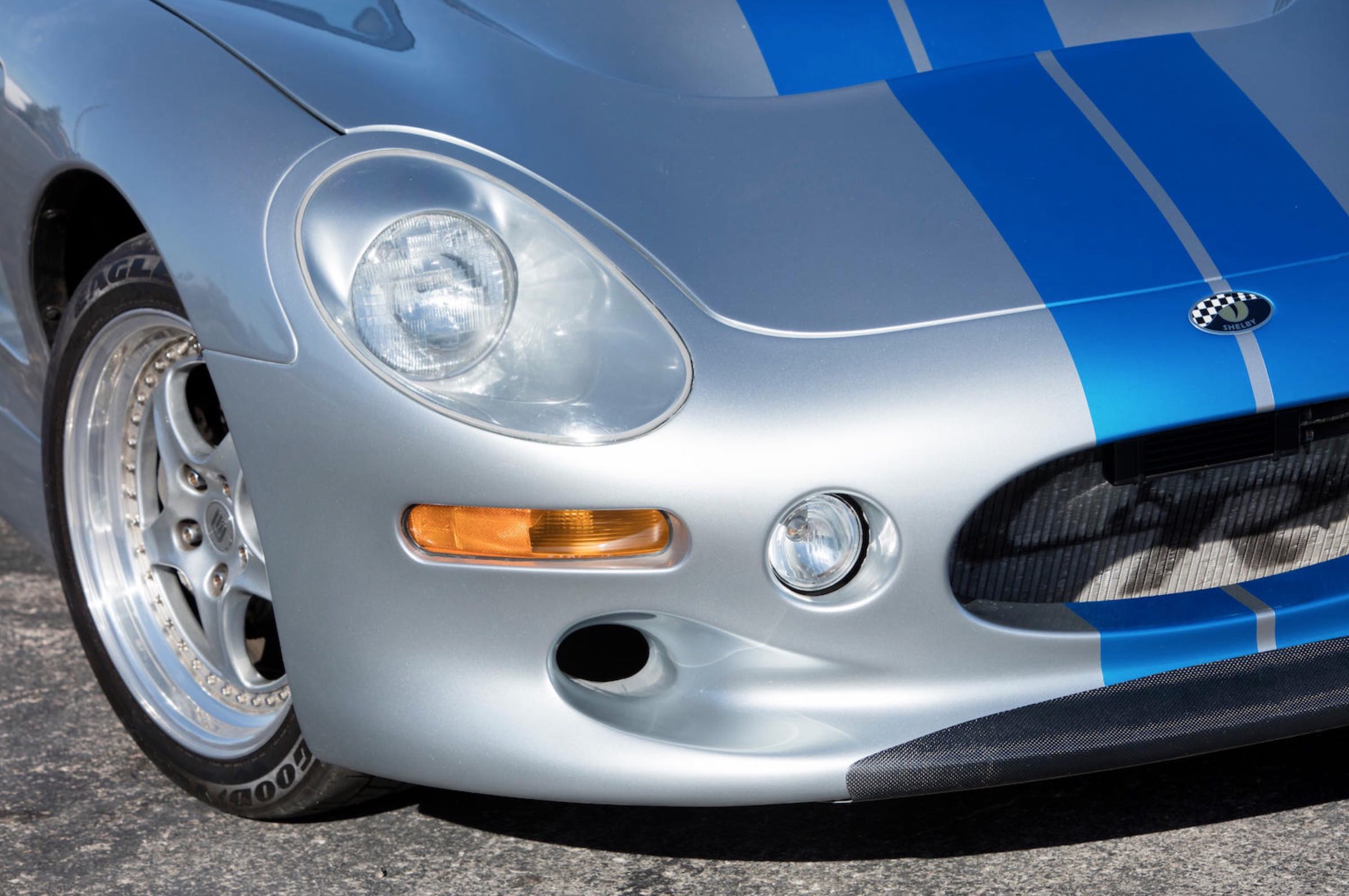