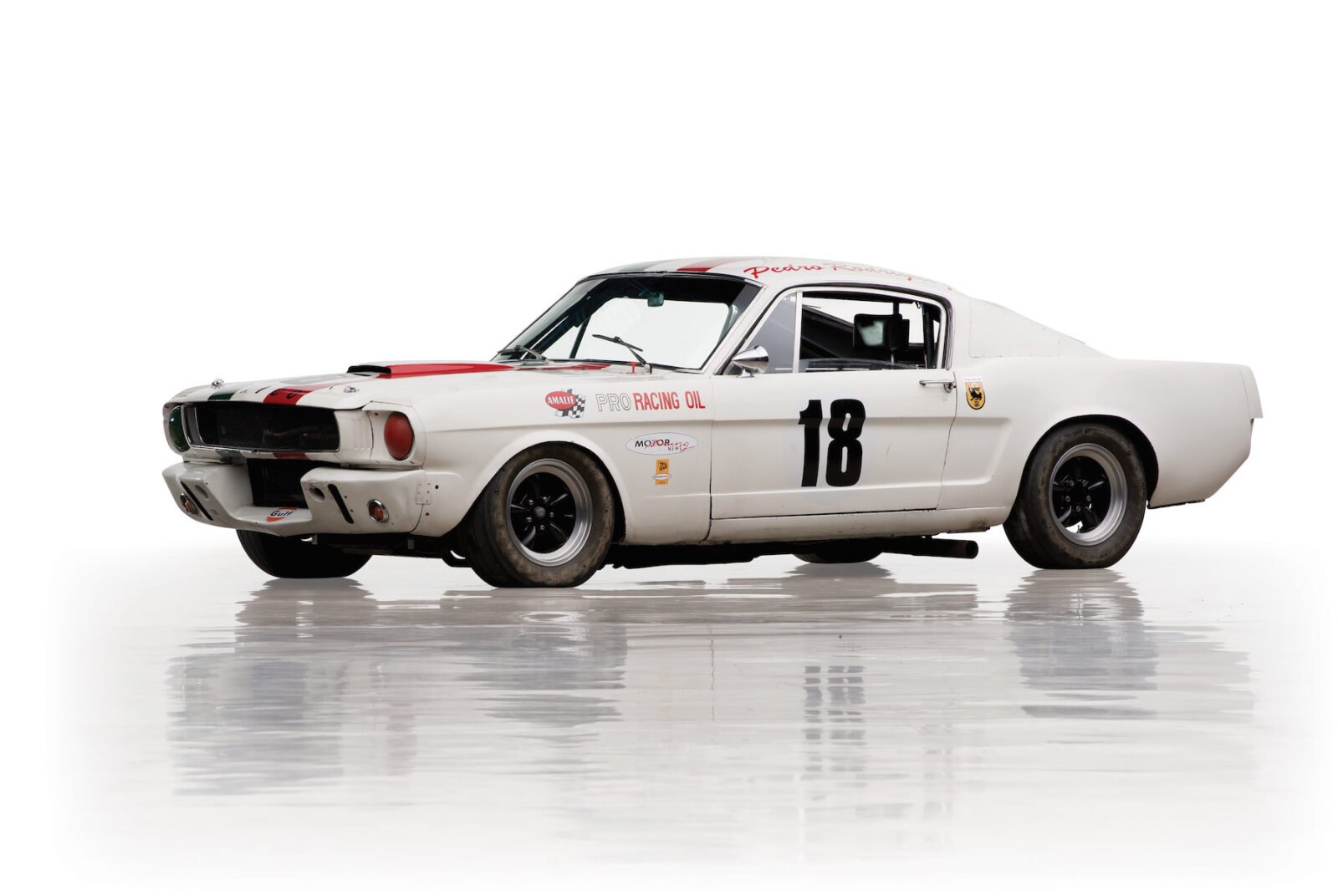 The Shelby GT350 R is the slightly more blood-thirsty version of the already fast Shelby GT350, all of the cars started life as stock Mustangs before being sent off to Carroll Shelby’s workshop for some performance oriented modifications.

The first order of business when building a GT350 was an axle replacement, the stock unit was deemed unfit for serious performance use so it was replaced with a Ford Falcon axle, and modified leaf spring suspension. In the engine bay, a set of high-riser manifolds were added which helped to boost power from 271hp to 306hp.

To create the Shelby GT350 R, all considerations for driver comfort were discarded and a tractor beam focus was established on all-out speed. The Ford Falcon axle wasn’t quite up to the task so instead, Shelby added a heavy-duty Ford Galaxie unit with more track-focussed suspension front and back. Brakes were replaced with Kelsey-Hayes discs up front and a set of larger drums in the rear, a roll cage was fitted and the interior was stripped of anything not directly required for racing.

Just 36 1965 G350 Rs were built, 34 production units and 2 prototypes, and they’re now amongst the most collectible of the early Shelbys. Carroll designed them specifically to win races under SCCA rules and he did a remarkable job – the GT350 R was the B-Production champion for 3 consecutive years.

The car you see here has an extraordinary race history, it was campaigned by Pedro Rodriguez and Freddy van Buren – the latter of whom drove the car to the SCCA Southwest Division title in 1966. In ’67 it was raced at the 24 Hours of Daytona and at the 12 Hours of Sebring where it won in its class.

Its racing history carried on through till the early 1970s, its been restored by a marque specialist in the meantime and its now being offered for sale by RM Sotheby’s on the 2nd of May 2015 – click here for more information. 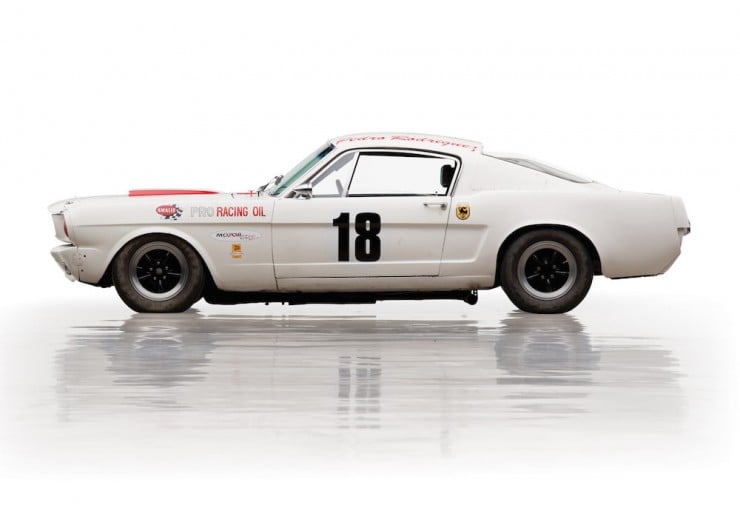 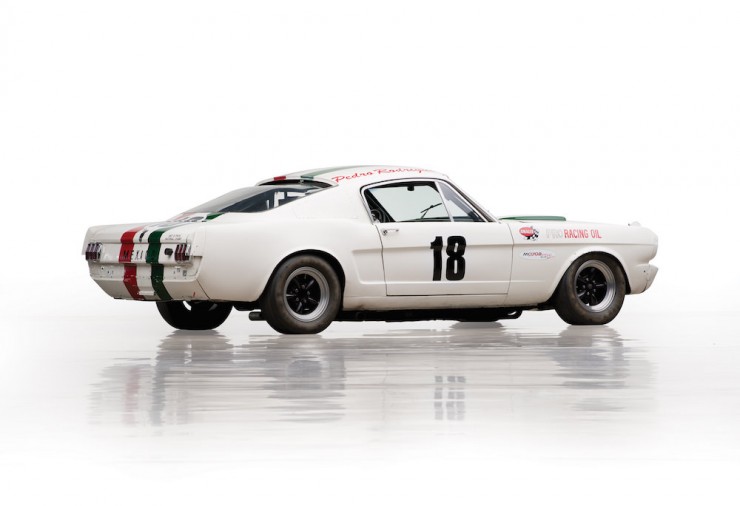 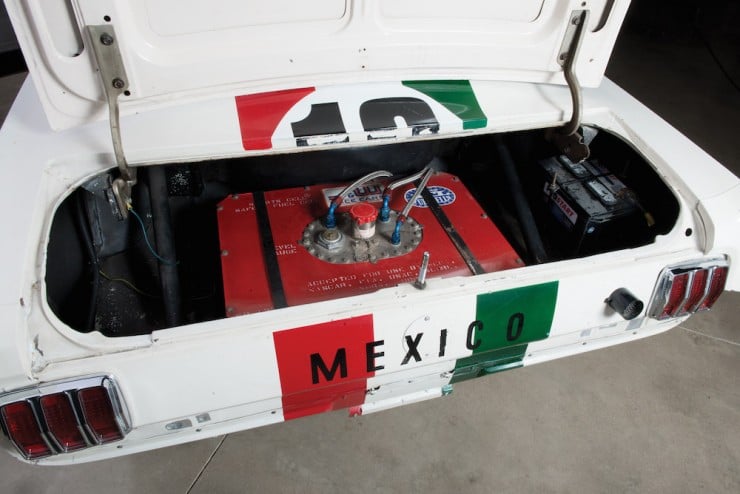 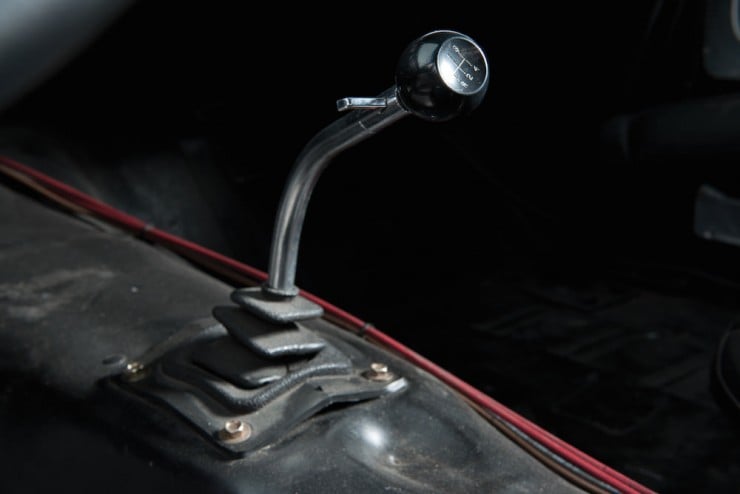 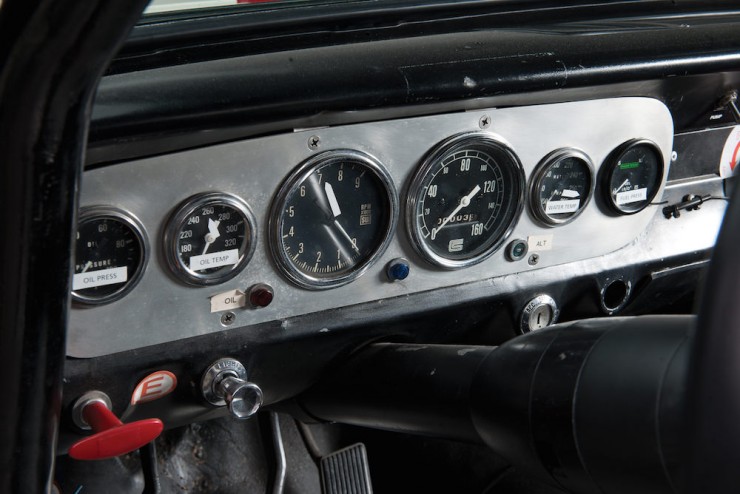 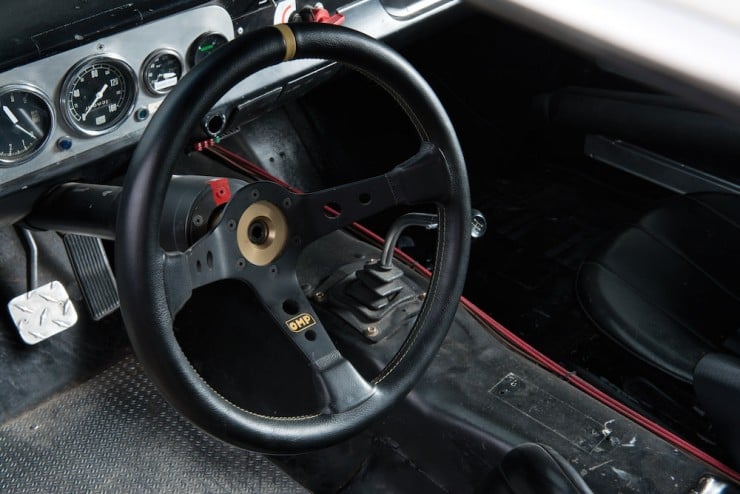 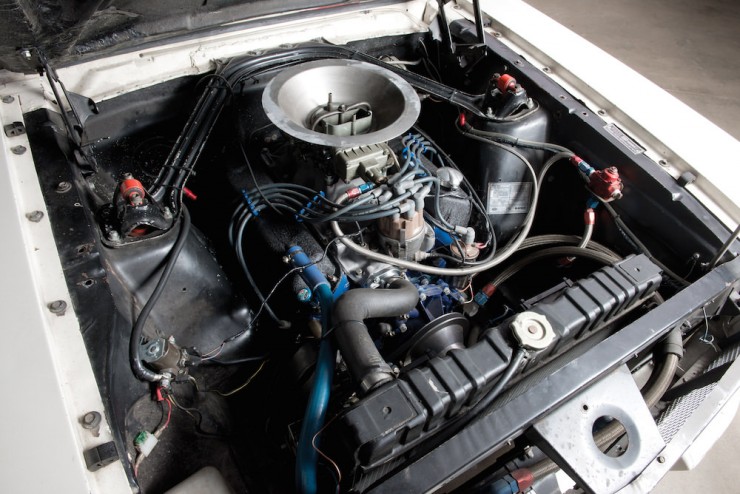 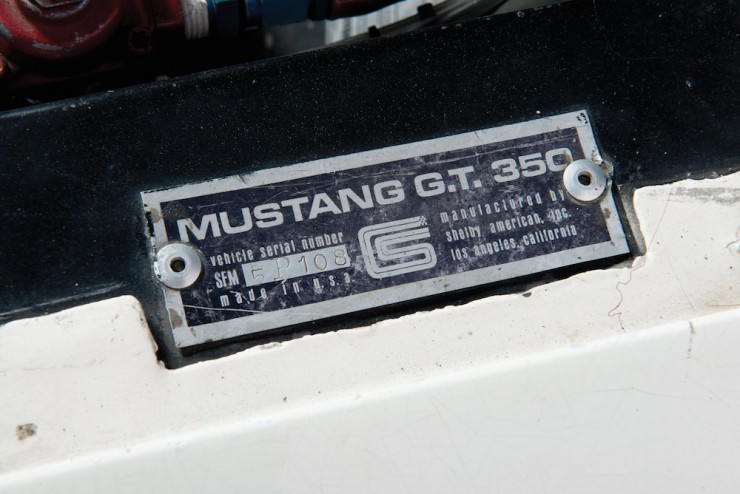 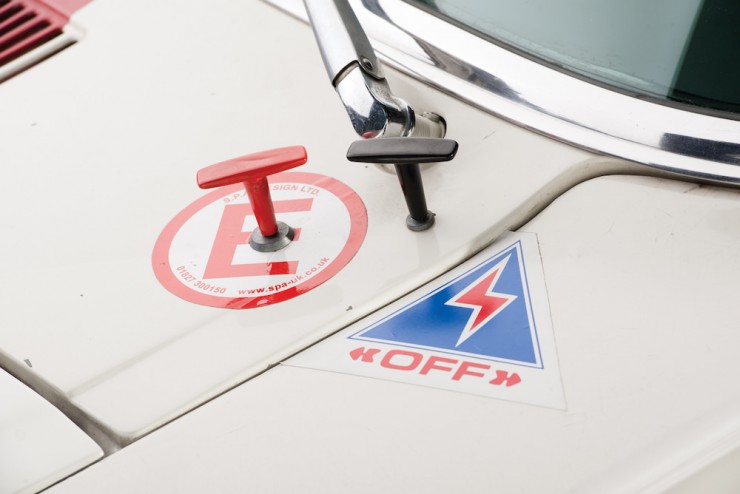 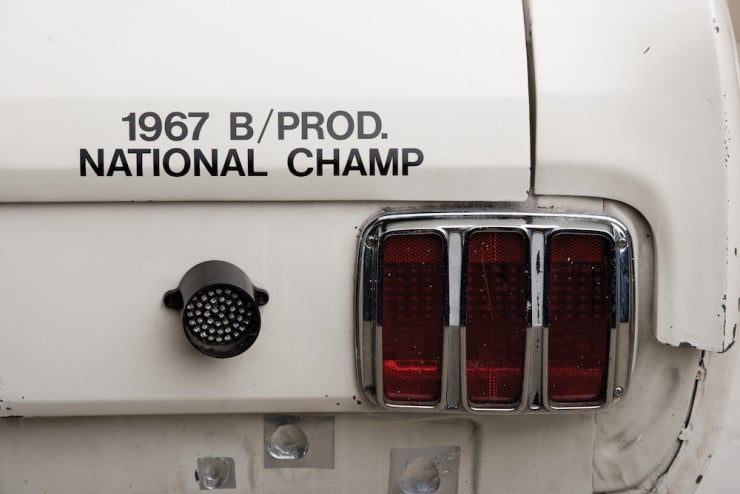 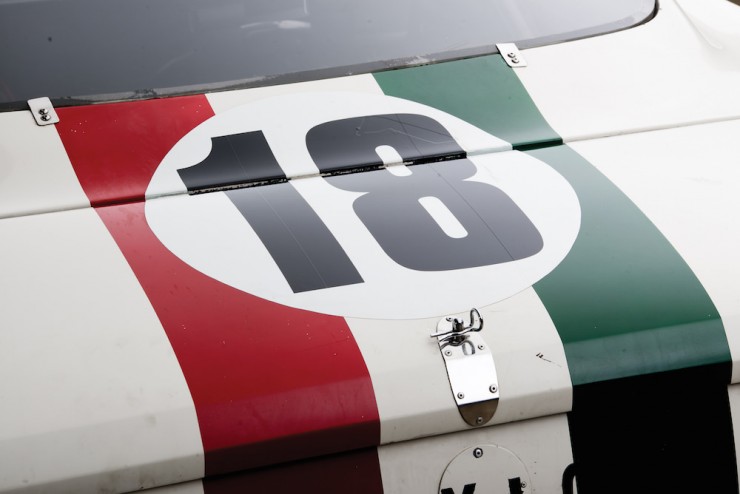 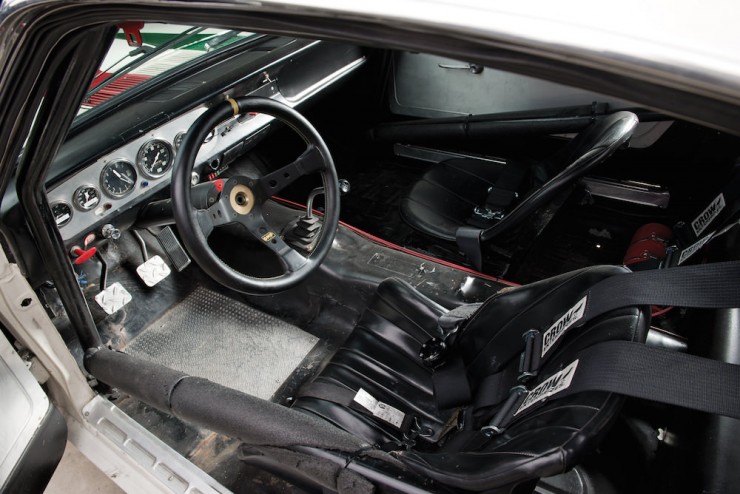 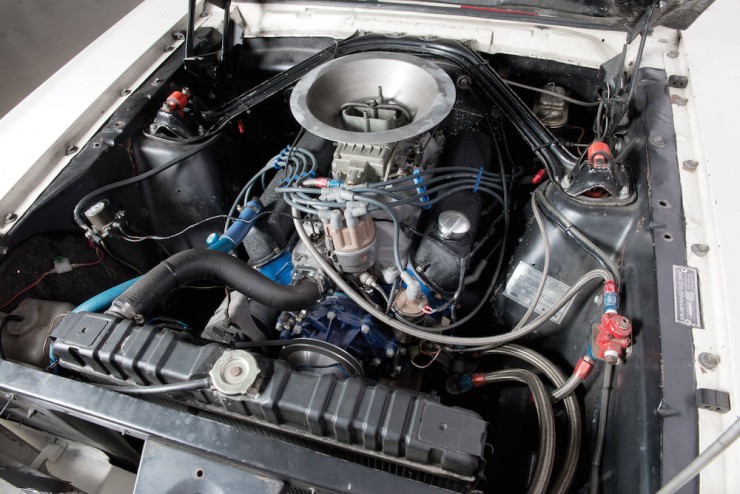 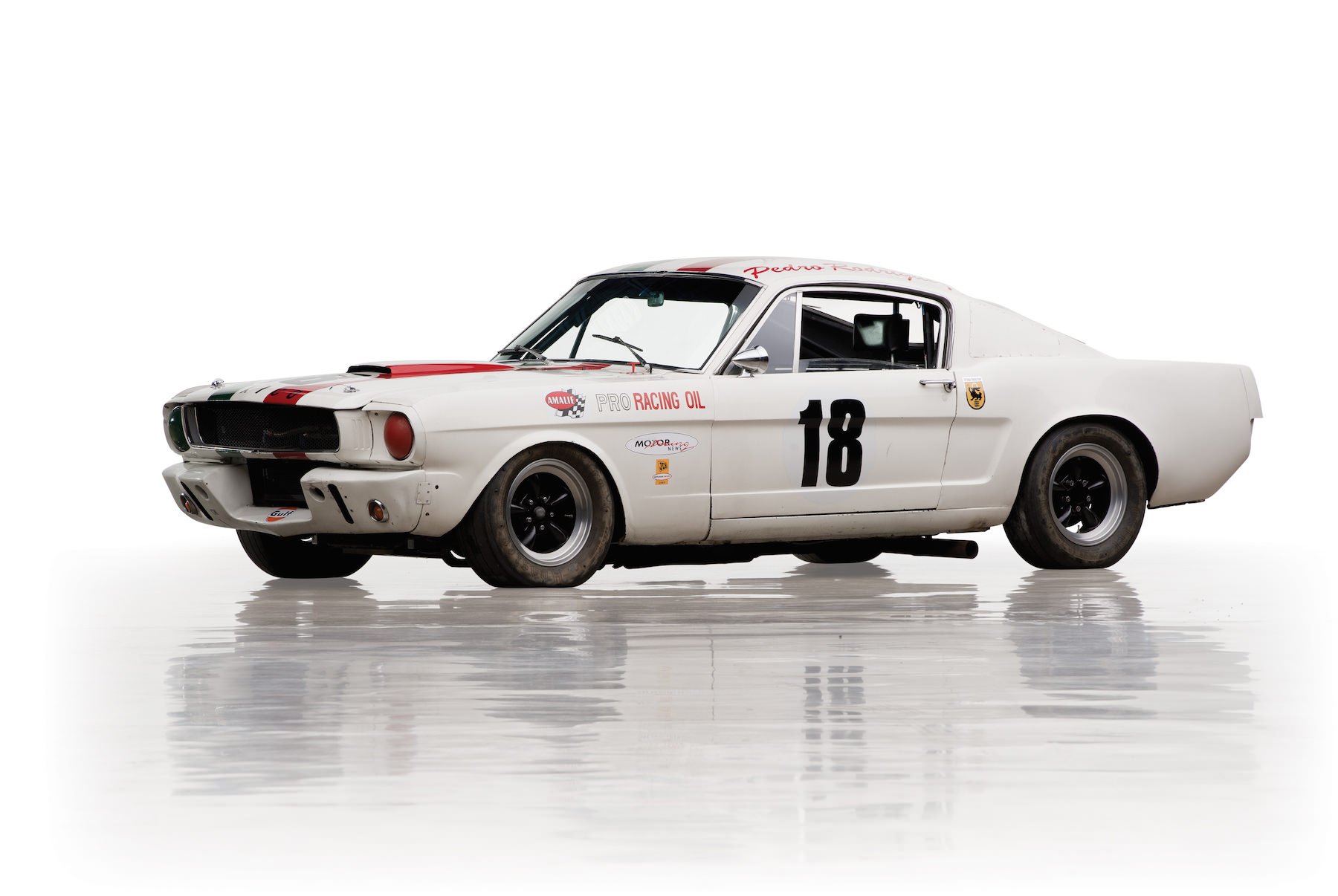