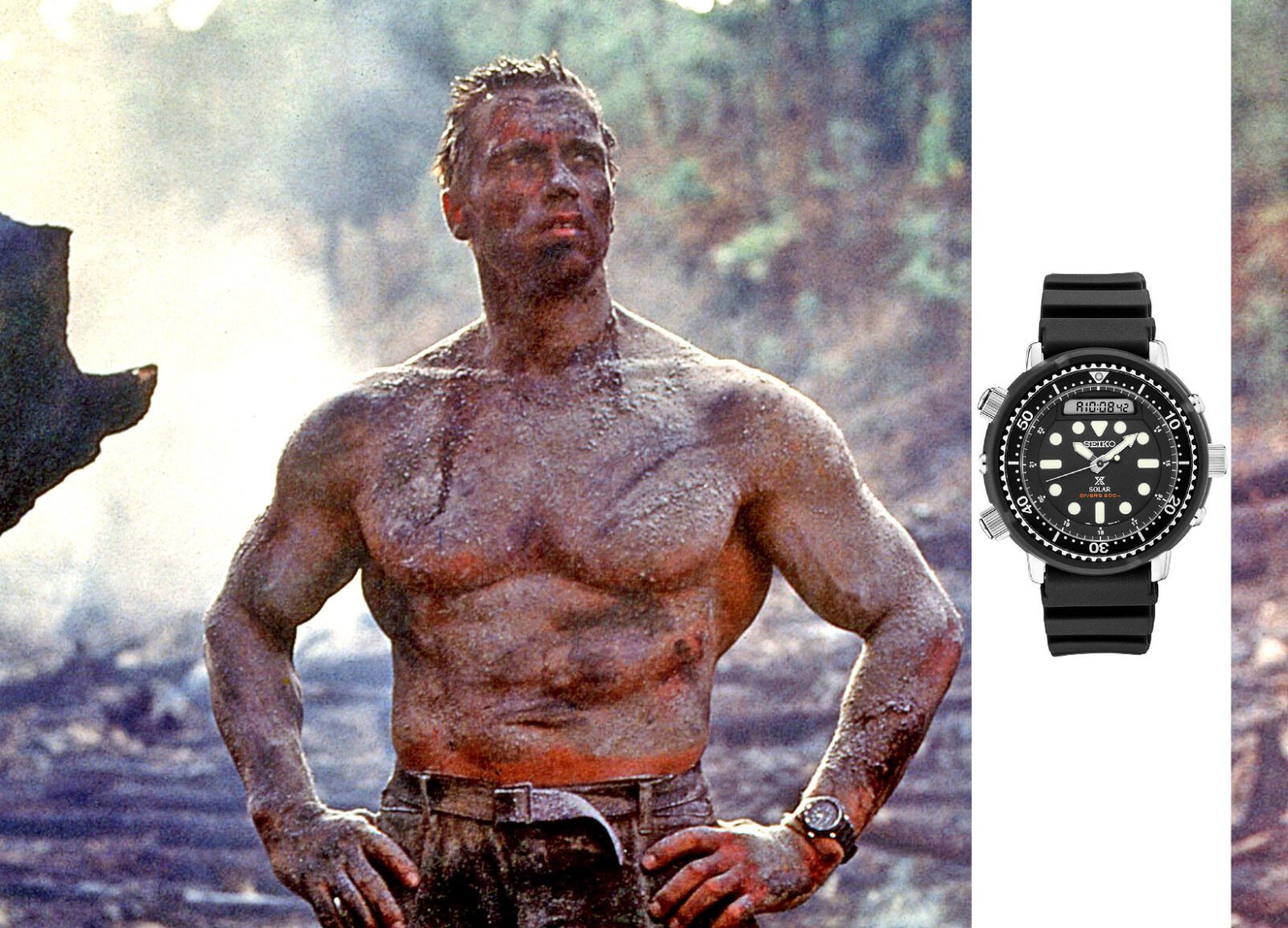 Predator is one of Arnold Schwarzenegger’s most famous ’80s action films and if you zoom in on his wrist you’ll see that he’s wearing the tough-as-nails 1982 Seiko Hybrid Diver’s Watch.

Seiko have reissued the watch, they were careful to keep the design the same as the Schwarzenegger-worn original but it now features modern internals, and it’s now called the Seiko Prospex SNJ025 AKA the “Arnie Watch”.

The Prospex has a built-in solar cell that charges the battery when exposed to light as you wear it, once charged the battery has a 6 month power reserve. Seiko originally designed the watch to be suitable for diving, it’s water resistant to 200 meters (660 feet) and it follows ISO standards ensuring that it’s suitable for scuba use.

The watch has a black one-way rotating elapsed timing bezel for diving or keeping tabs on parking meters and it has a bold analog dial designed to make it clearly legible in low light and underwater. It also has an inset digital display that can show a different time zone, date, battery levels, and operate the alarms and stopwatch functions.

Seiko developed the Prospex with a power reserve function that activates when the watch is not exposed to light for an extended period of time, this helps to conserve the battery and ensure the watch will be ready when you need it.

Each watch comes with a waterproof silicone strap and there are three colorways on offer, including army green, black, and black/blue. They all use the Seiko Caliber H851 quartz movement, a screw down crown, the case measures in at 47.8 mm, and they use a LumiBrite lume.

Although it may not make you or I look like Schwarzenegger, the Seiko Prospex does bestow significant bragging rights on its owner. The rest is up to you, your gym, and your protein powder. We’ve shown all three colorways here, Schwarzenegger wore the black version in the film but both of the other options look great too. 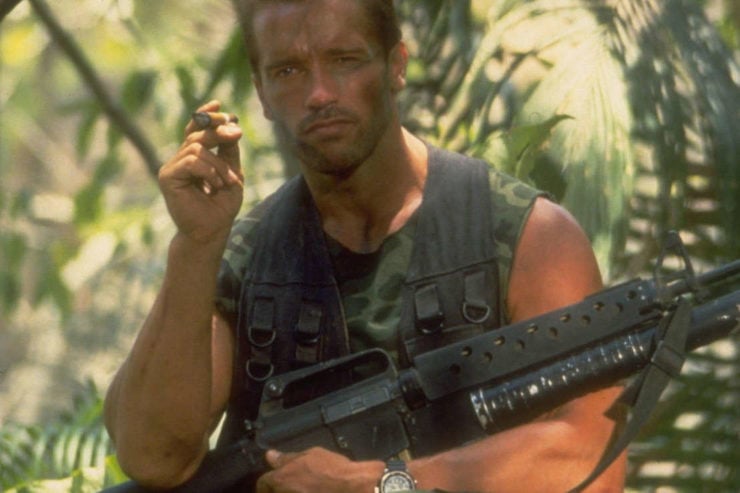 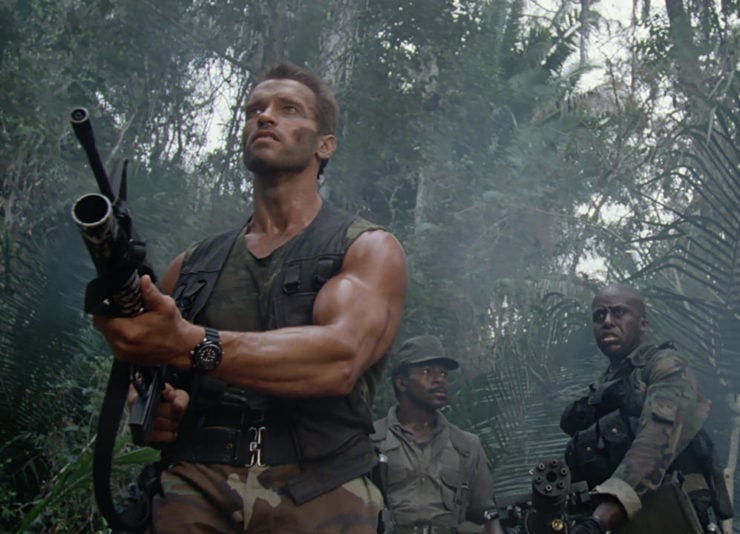