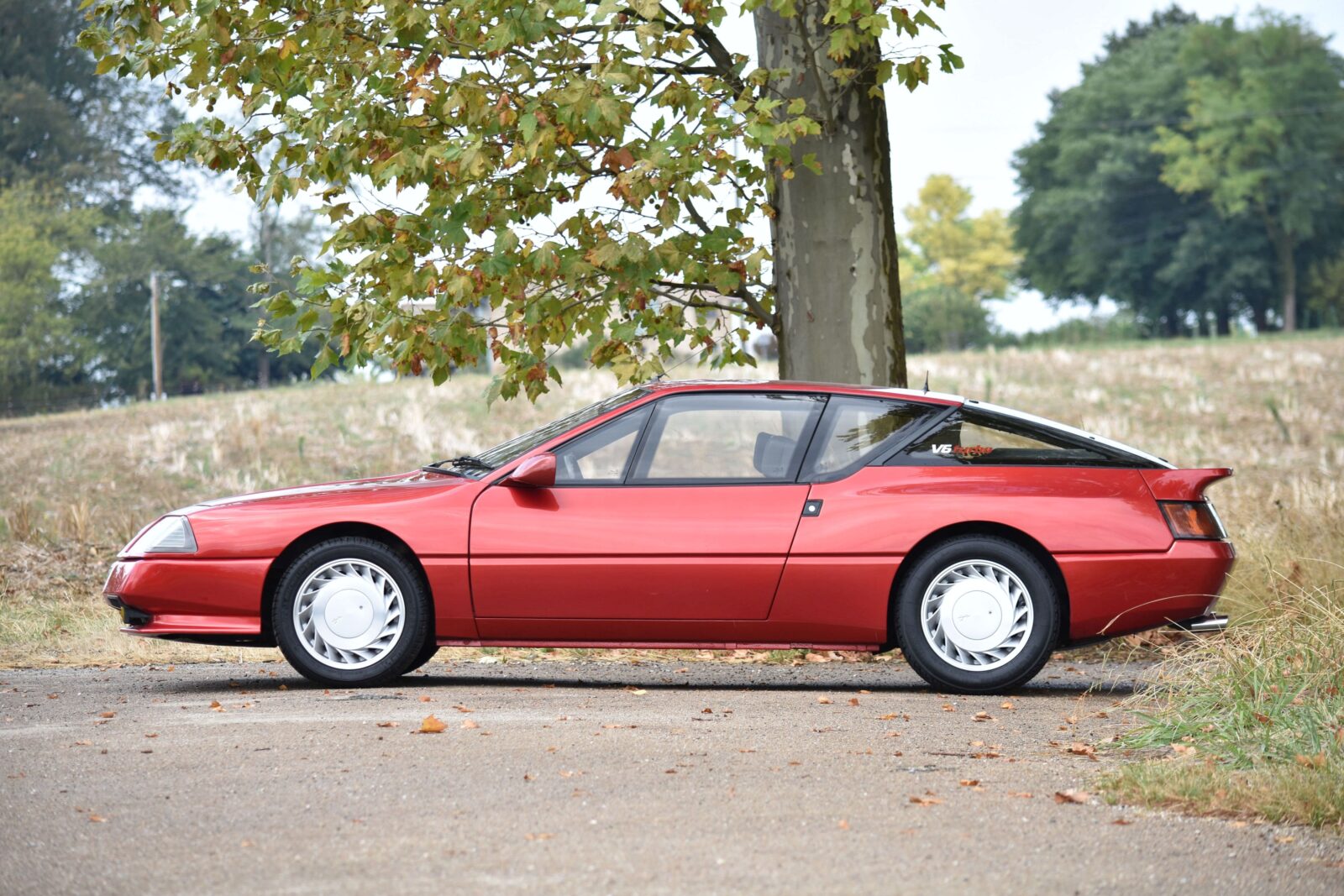 The Alpine GTA V6 Turbo Mille Miles was a special edition of the Renault Alpine GTA Turbo, a car released by the French automaker as a successor to the Alpine A310.

The Renault Alpine GTA series of vehicles were developed to direct compete with the Porsche 944 and the Lotus Esprit. Much like the earlier Alpines the GTA had a lightweight fibreglass body mounted to a central backbone chassis, with added chassis outriggers for side impact protection, and a rear-engine/rear-wheel drive layout.

This formula had worked well for Alpine in the past, the Alpine A110 had taken a dominant victory in the inaugural 1973 World Rally Championship – winning six of the 13 events and taking the first three places in the 1973 Monte Carlo Rally. 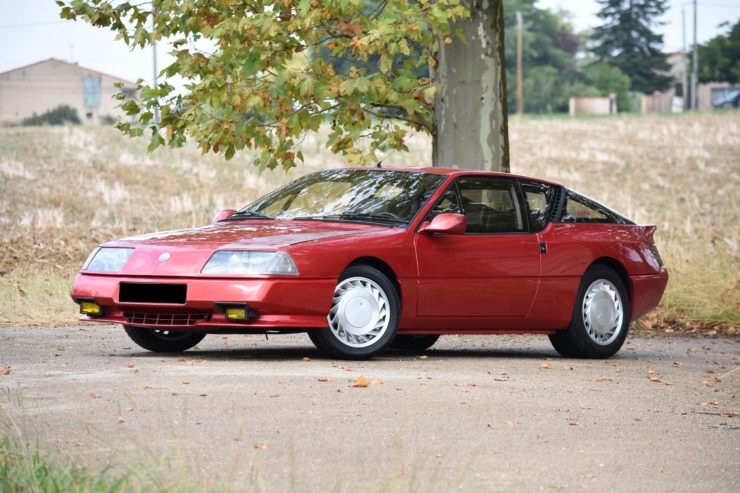 As a French automaker Alpine had always used a significant number of Renault parts when building their cars, the two companies grew closer over time and in 1973 Renault bought Alpine and began to use the company as an element of its motorsport division.

Alpine released the A310 in 1971, it featured notably updated styling when compared to the A110 but it used fundamentally the same engineering principles.

The A310 was sold from 1971 until 1985 after which it was replaced by the new Renault Alpine GTA series of vehicles.

The new GTA featured a body made up of individual fibreglass panels rather than a monolithic one-piece fibreglass body. This was done to simplify construction, it almost halved the time required to make each body, but it also made insurance companies happy as it was now far easier (and less expensive) to repair body damage to the vehicle.

Renault decided to dual-badge the GTA vehicles in many world markets as a way to give the Renault brand a style boost, it wasn’t an entirely successful decision and it was dropped within a few years. The company offered the GTA in a few versions over its model life including both naturally aspirated and turbocharged models.

The Mille Miles version appeared for the 1989 model year, it was developed as a high-performance turbocharged model with a non-catalyzed engine. The Renault logo was gone from the car, it was badged as an Alpine only, and just 100 examples would be made.

These rare special edition cars were named for the Mille Miglia, the famous Italian road race that took place over 1,000 miles of public roads and made an instant celebrity of any driver who won.

The Alpine GTA V6 Turbo Mille Miles model can be identified readily by its special dark red metallic paint work, it also has polished aluminium alloy wheels, and a large silver triangular stripe with the Alpine “A” across the left side of the front. 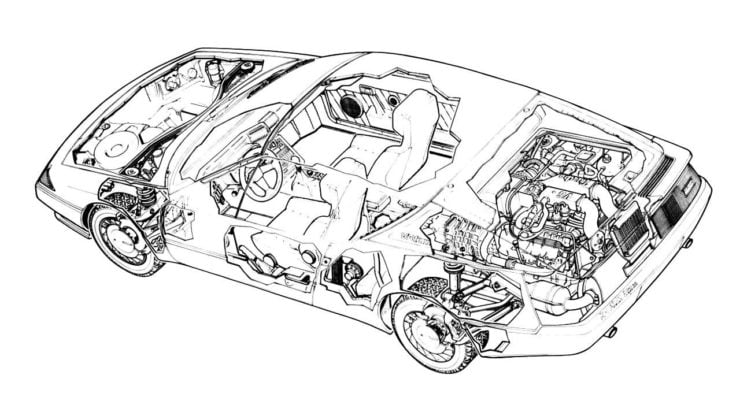 Above Image: A cutaway of the Alpine GTA V6 Turbo.

It could do 0 to 60 mph in 7 seconds and the top speed was 160 mph, this compared favourably with the competition and in recent years the Alpine GTA has become a favourite with enthusiasts and collectors as it’s considerably more rare than its period competitors and great fun to drive thanks to its motorsport heritage.

The 1990 Alpine GTA V6 Turbo Mille Miles you see here is the 89th produced, and is therefore one of the last 20 vehicles that were fitted with air conditioning.

It’s coming up for sale with Artcurial with a hammer price estimate of between €35,000 and €55,000, if you’d like to read more or register to bid you can click here to visit the listing. 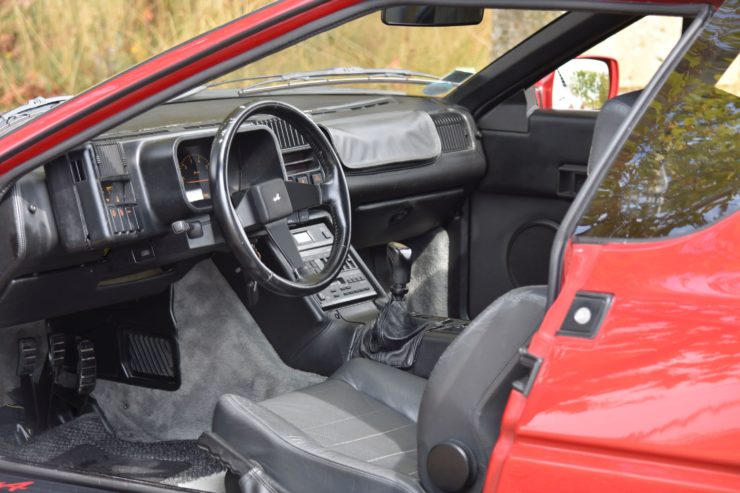 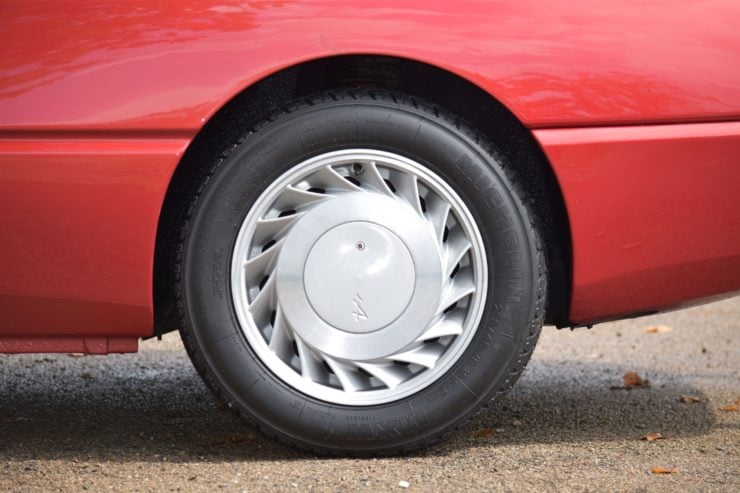 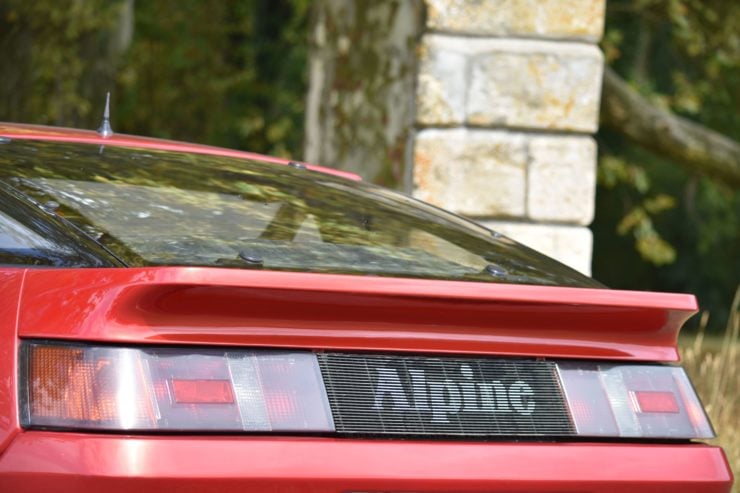 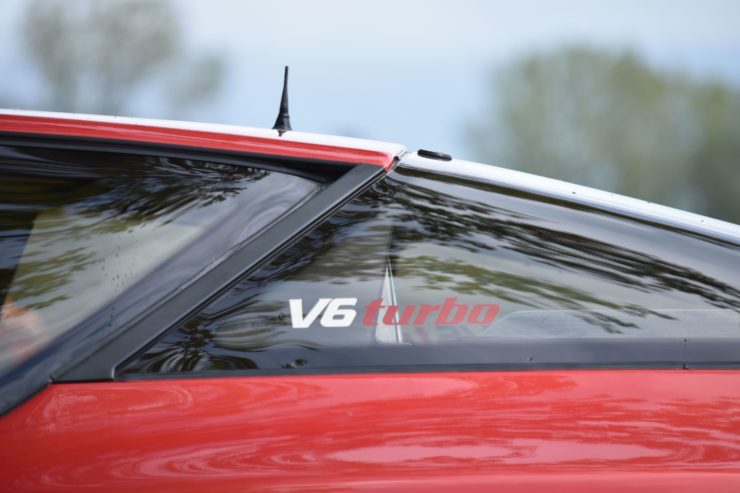 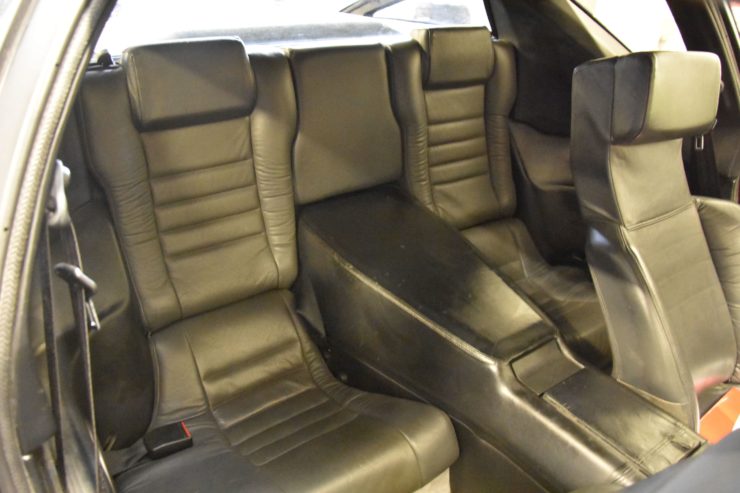 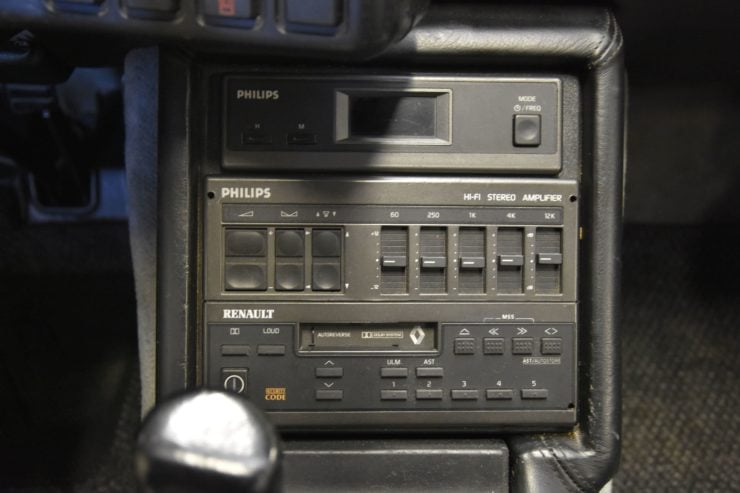 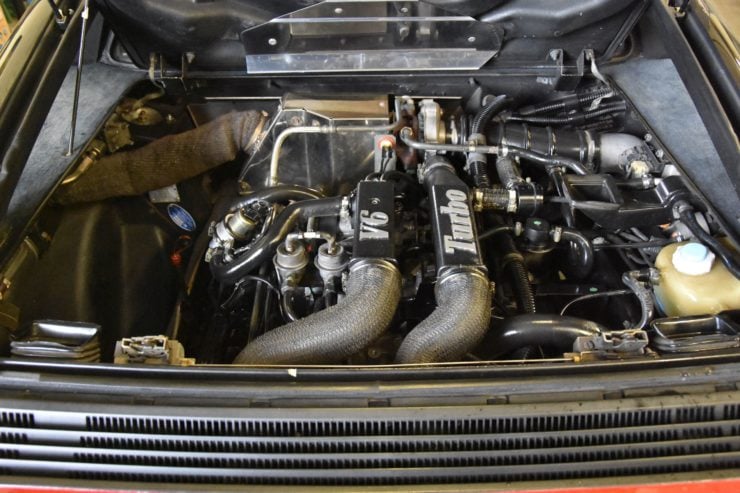 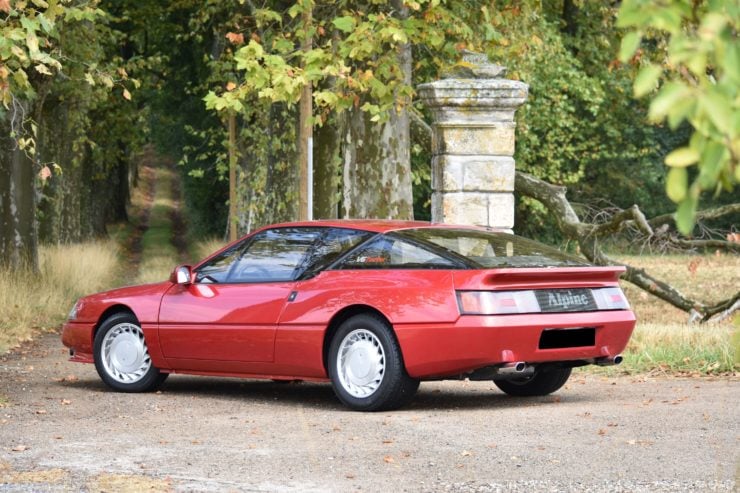 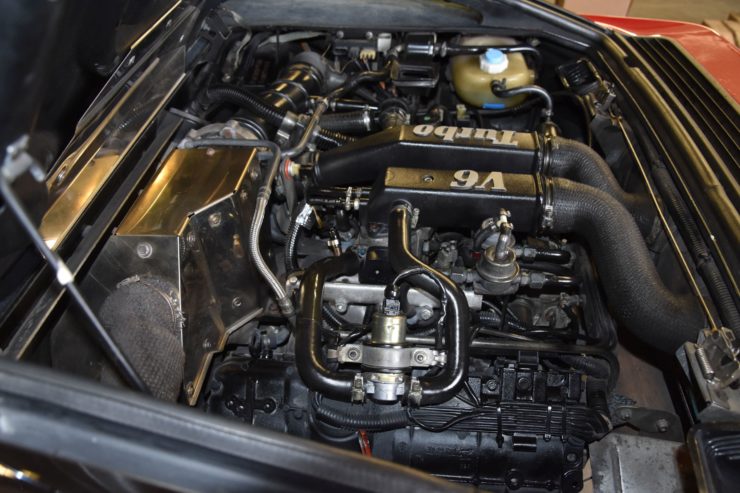 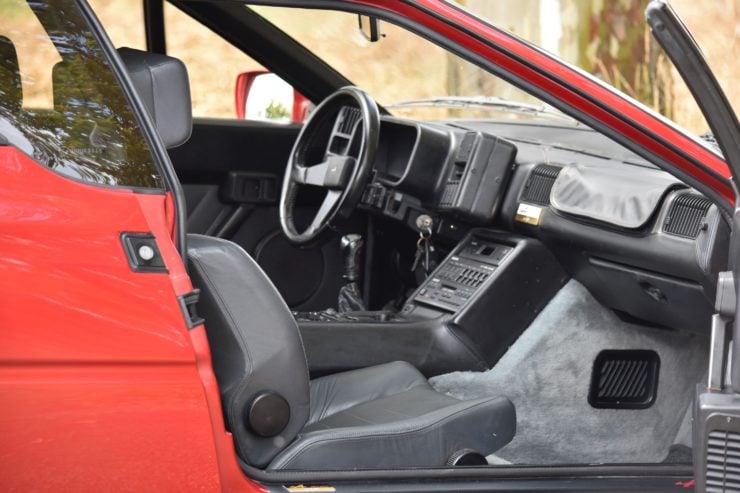 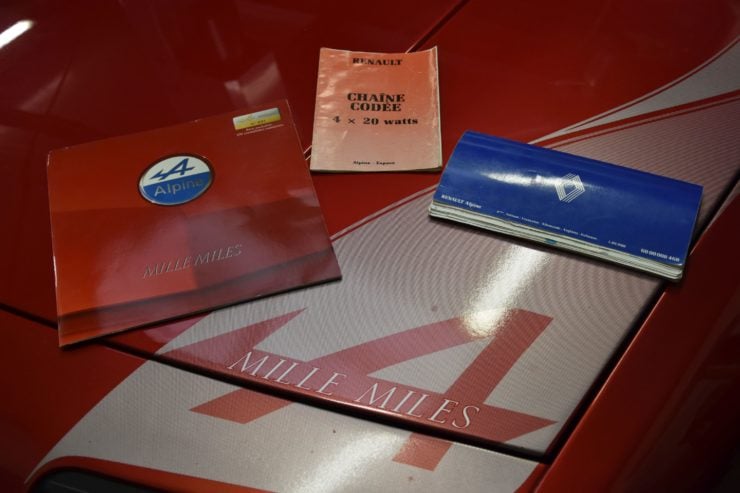 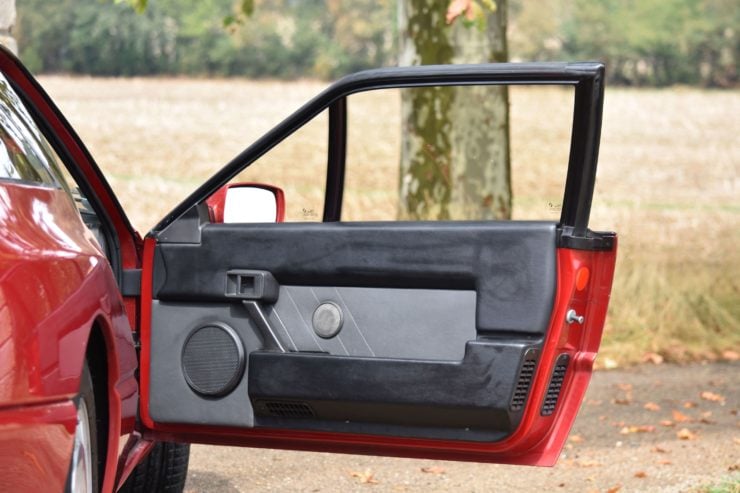 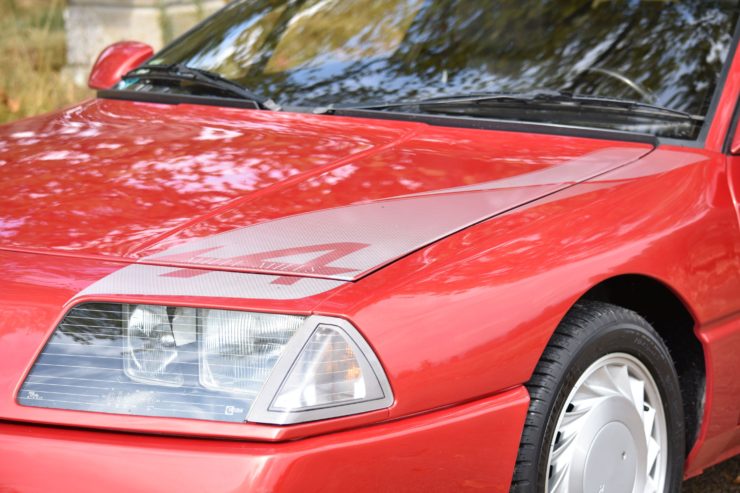 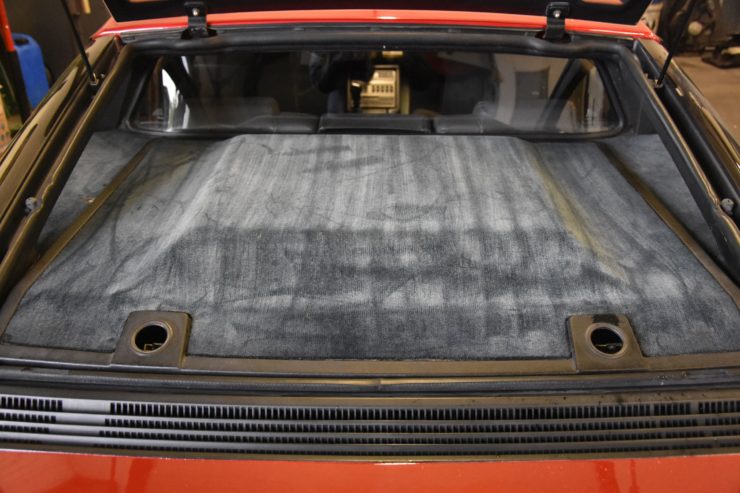 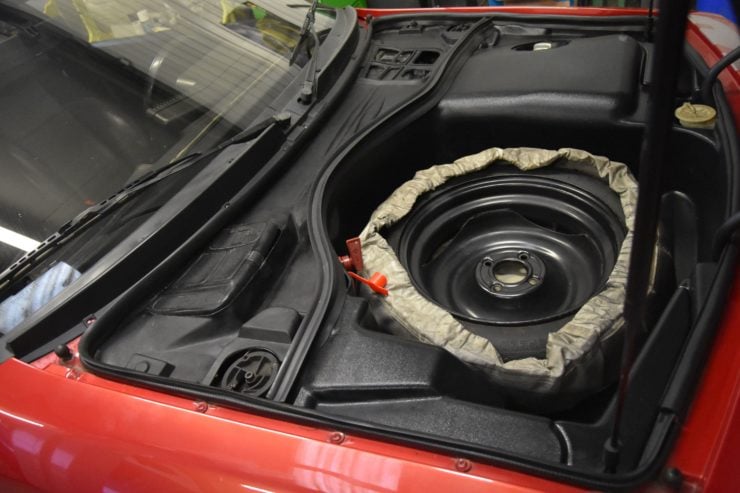 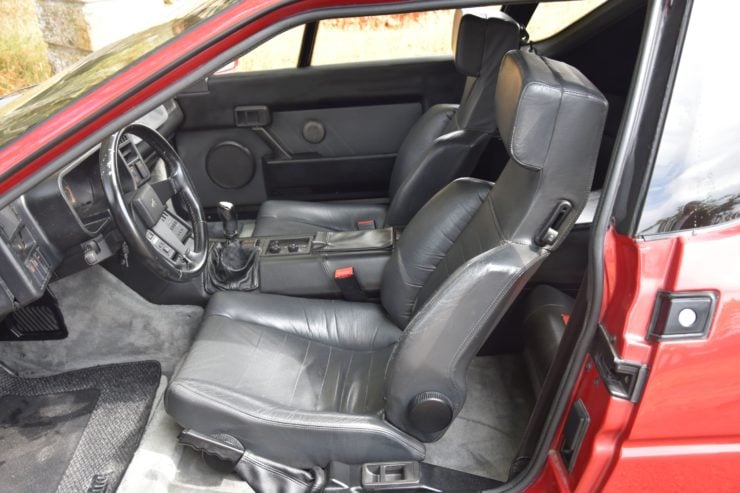 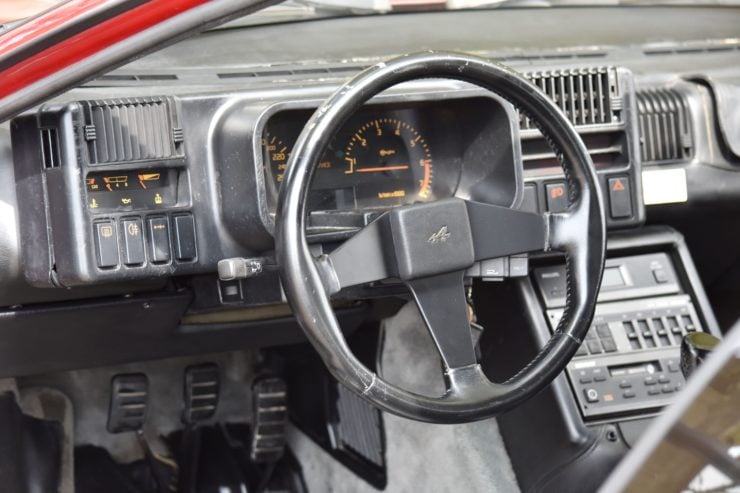 This 1939 Mercury Eight has a fascinating history, it was ordered new by land speed record breaker Sir Malcolm Campbell and sent by him to the coachbuilders Windovers to convert it into an estate car…