Officially known as the SdKfz 2 but better known as the Kettenkrad Motorcycle Tank or “Kleines Kettenkraftrad HK 101” the German motorcycle tank is something of a marvellous oddity nowadays.

The Kettenkrad had a 1.5 litre inline 4 cylinder engine producing just over 30hp and was capable of 44mph over flat terrain, it could also climb inclines of over 25 degrees. A little over 8,000 of them were built during the second world war with most of them seeing action on the eastern front and in North Africa. Steering was achieved by turning the steering wheel which, if turned hard, would also brake the tracks on the appropriate side assisting with the turn. 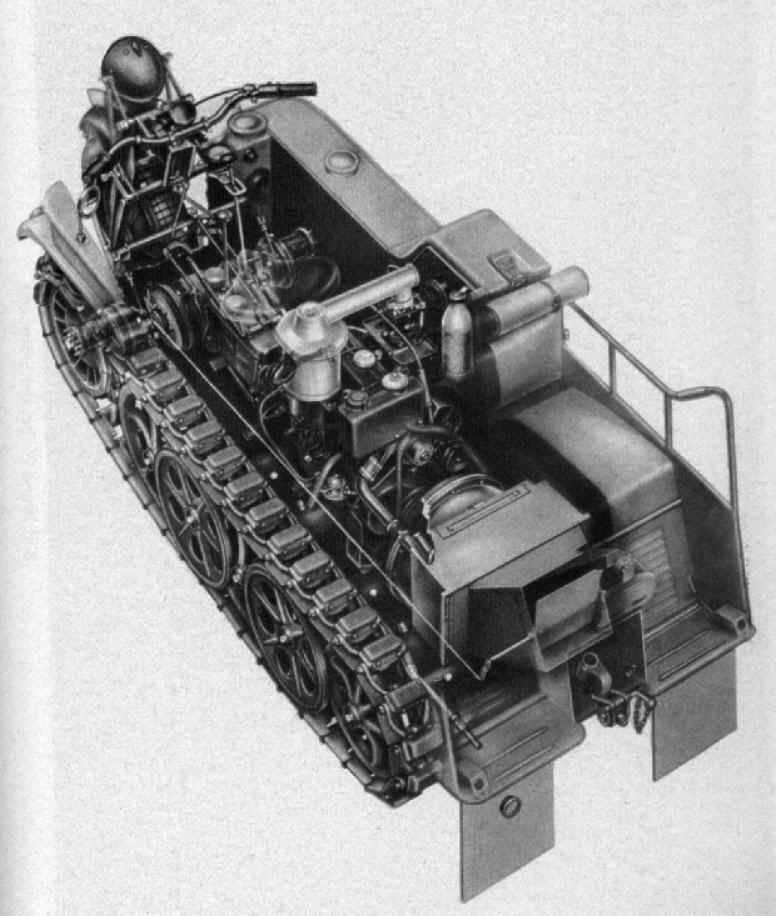 Hundreds of Kettenkrads still exist today, many belonging to WWII enthusiasts both in Germany and further afield, there is also a small online community set up to assist in the discovery of spare parts.

Kettenkrads were used extensively on the eastern front due to their amazing abilities at powering through thick mud, this same ability was useful in the deep sand of North Africa. Mostly used for troop transport, towing small artillery and laying cables the little “SdKfz 2” earned a reputation for invincibility during the war, with many of them being commandeered by the Allied troops in the latter stages of the war as they swept back across Europe. 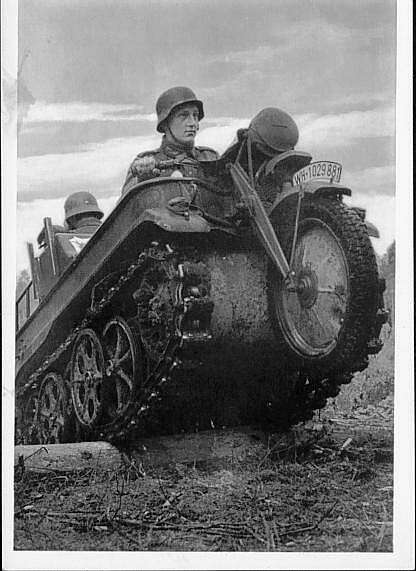