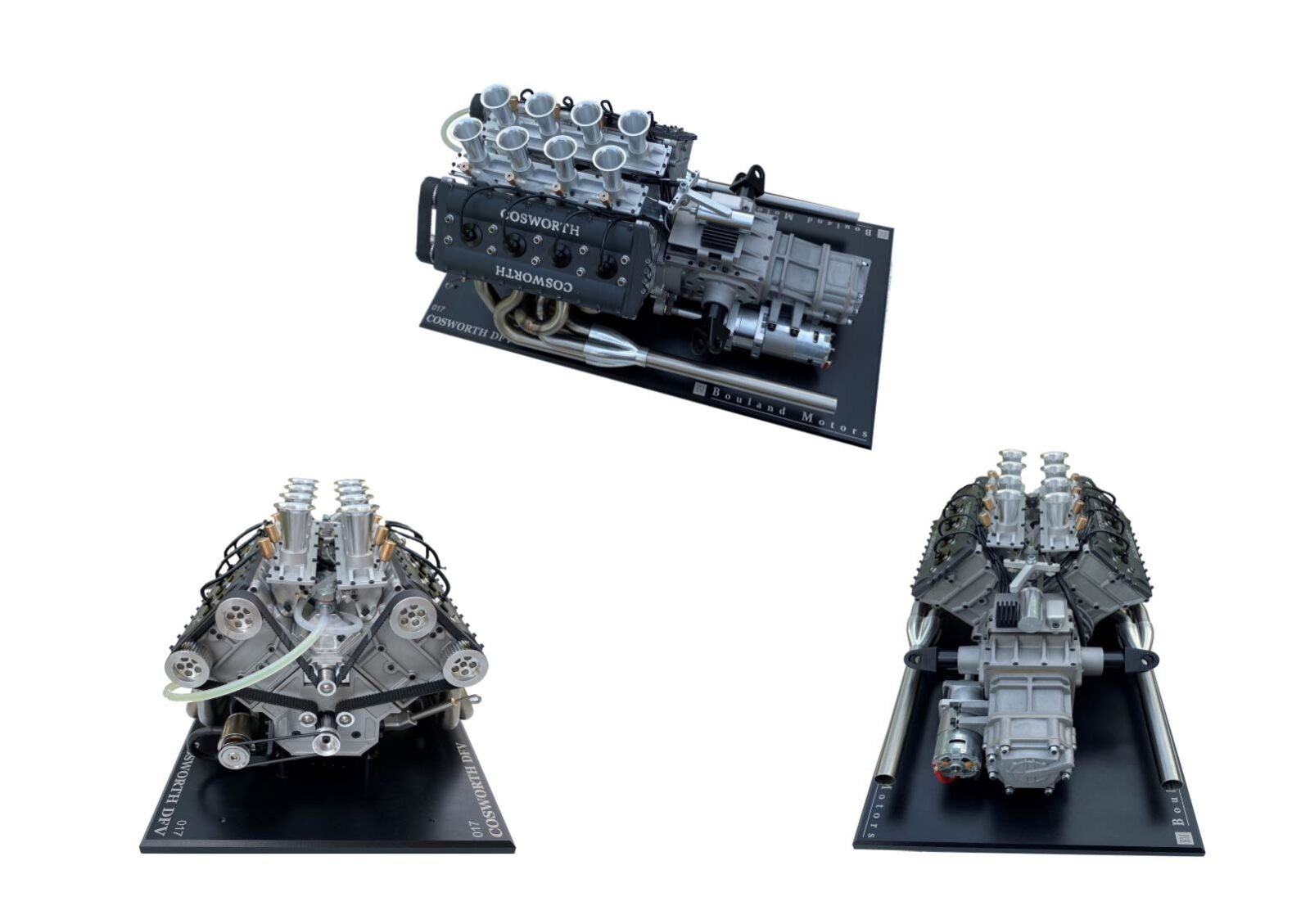 The version of the Cosworth DFV you see here is a 1:3 scale model of the original DFV (Double Four Valve) with a swept capacity of 76cc and a blistering red line of 10,000 rpm. The engine was developed by the Dutch engineers at Bouland Motors under license from Cosworth in Britain.

Above Video: Footage of the engine running with audio.

Each engine comes with its 1,200+ parts fully assembled and fitted to a base that you can run it on, it also comes with external tanks, a battery, a manual, and some simple tools for adjustments. The sound of the running engine (see the video above) has the unmistakable signature of a high-revving V8, despite its sub-100cc size.

The 1:3 scale Cosworth DFV runs on methanol with 6% oil added, inside the engine (should you ever open it) you’ll find titanium valves, 7075 billet aluminum connecting rods, 7075 billet aluminum pistons, piston rings, a functioning coolant pump, 16 individually cast parts, and eight working carburetors which are designed to look like the fuel injection system from the original engine.

Power output is said to be in the 7 hp range which clearly is a little short of the 500+hp that the originals are capable of, however you have to admit that 7 hp is more than enough for most desks.

Pricing is shockingly low by Formula 1 standards, it’s only €10,650 or about $13,100 USD – a mere pittance in the F1 would where braking systems alone can cost more than a top notch university education. 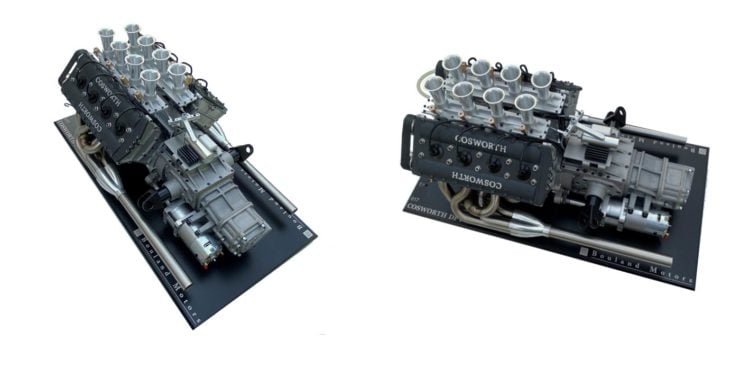 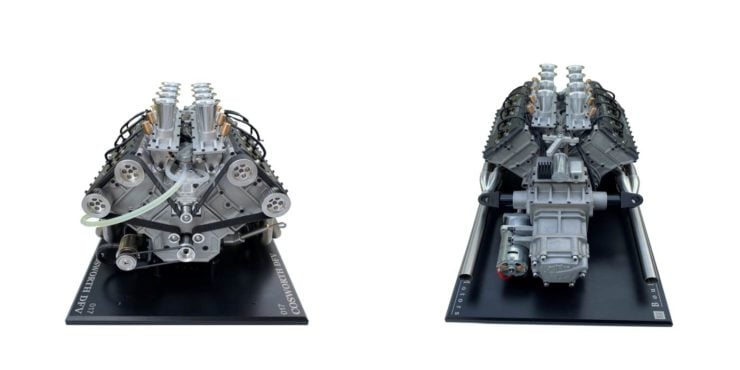