First Time Out – The Cosworth DFV Makes Its First Appearance

First Time Out is a short film from 1967 showing an early performance of the Ford Cosworth DFV engine, an engine that would go on to become one of the most successful in the history of Formula 1 racing.

The first car fitted with the DFV (Double Four Valve) V8 was the Lotus 49, the car you’ll see in the film above. The idea to develop the engine was actually not originally Ford’s, it was the result of a conversation between Keith Duckworth of Cosworth and Colin Chapman of Lotus.

Chapman then approached Ford and convinced them to provide £100,000 in funding to Cosworth to develop two lightweight racing engines. One for Formula 2 with four cylinders and a V8 for Formula 1.

This film captures the first roll out of the Lotus 49 with the Cosworth DFV at the 1967 Dutch Grand Prix at Zandvoort. Lotus driver Graham Hill would put his Lotus 49 on pole before retiring after 10 laps with a mechanical failure, his teammate Jim Clark would take a win – showing the capabilities of both the car and the new engine.

The Lotus 49 was notable for the fact that the engine was used as a load-bearing structural member, the rear suspension is bolted to the engine, and the front of the engine is bolted to the primary monocoque structure of the car. Ever since the Lotus 49, essentially all Formula 1 cars have been built to this same basic formula. 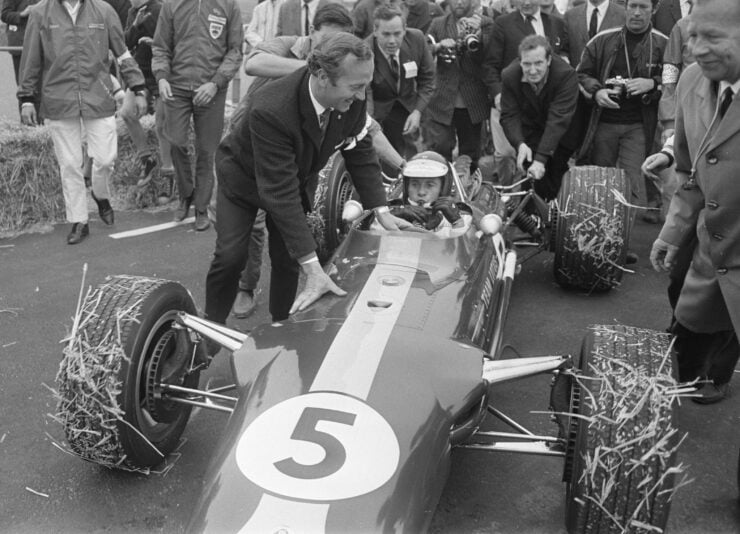 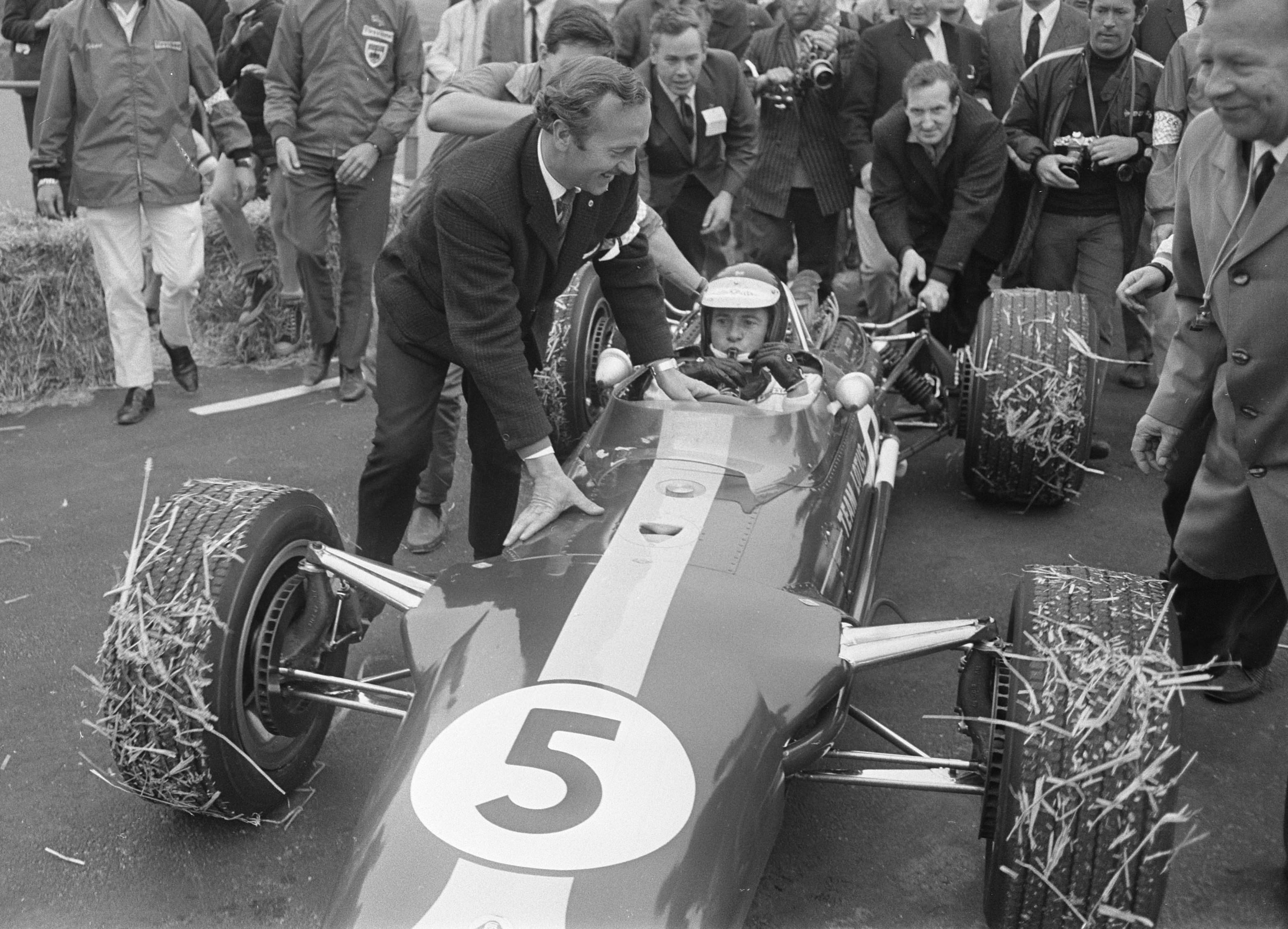