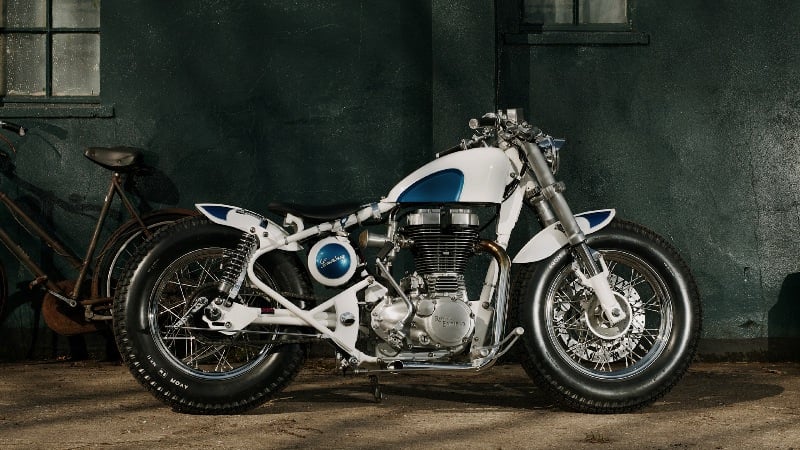 This English-built Royal Enfield bobber is loosely based on the 2009 Royal Enfield Electra, that said, there isn’t much of the original bike left other than the engine/transmission and original wiring loom.

The bike was built by the talented team over at Old Empire Motorcycles, it was a custom order from a client who wanted a uniquely English bobber with chunky tires, modern suspension, a reliable engine and a look all its own. The resulting creation is one of the most aesthetically well designed bikes we’ve featured this year. 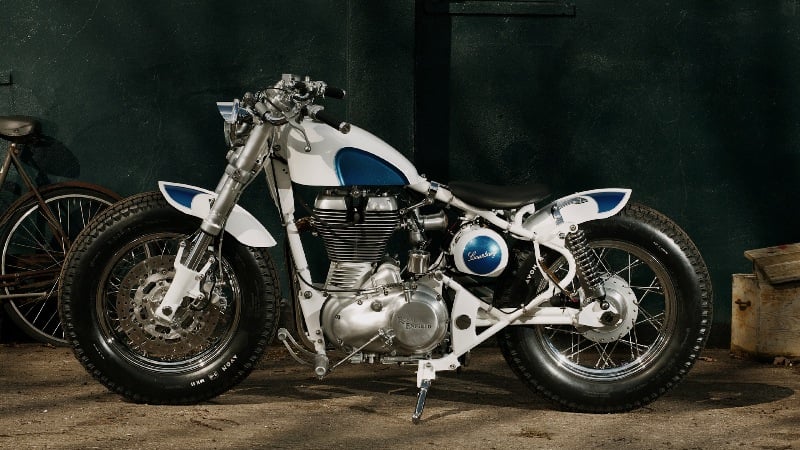 The front and rear fenders had to be built by hand to match the new thicker rubber and the rear suspension was discarded in favour of a set of chromed Hagon shock-absorbers. A set of modern inverted forks were chosen for the front, offering better road holding ability as well as the width the make it around the Avon SM MK2 tire – a custom swing-arm at the rear solved this same issue on the other end.

The customer is said to be very happy with the finished bike, it isn’t hard to see why, and we’ll be hoping to see more Royal Enfield-based bikes being used as a platform for interesting customs in the future.

We’ve been keeping a close eye on Old Empire Motorcycles, their style is refreshingly unique and as a person with English heritage, it’s great to see the Brits stepping up to the plate and hitting it out of the park. 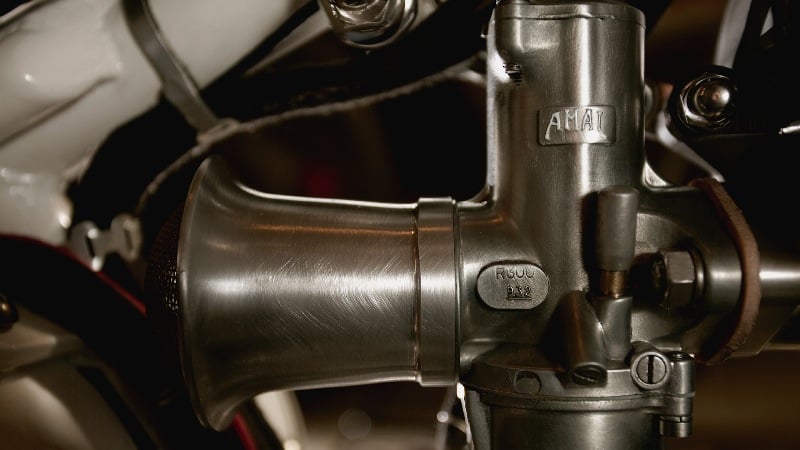 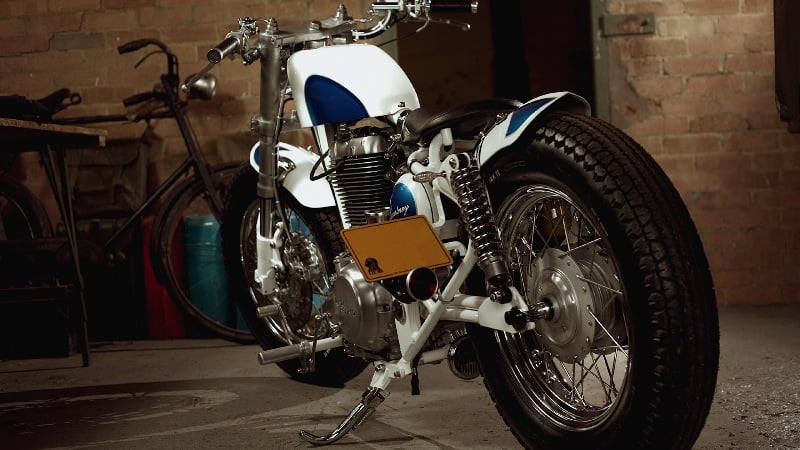 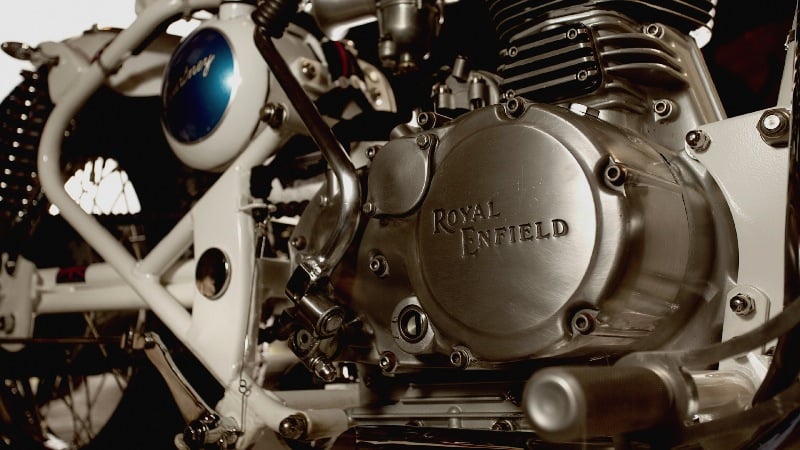 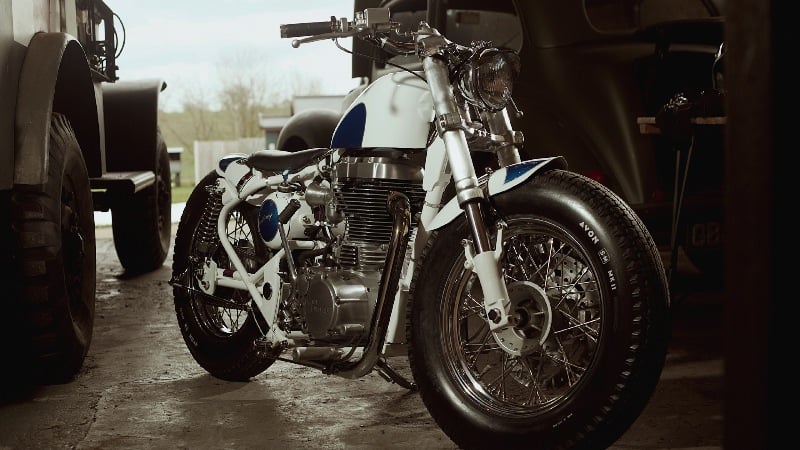 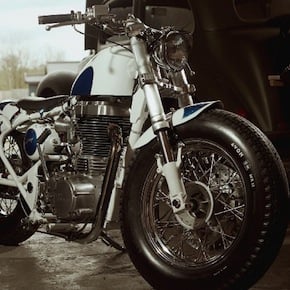