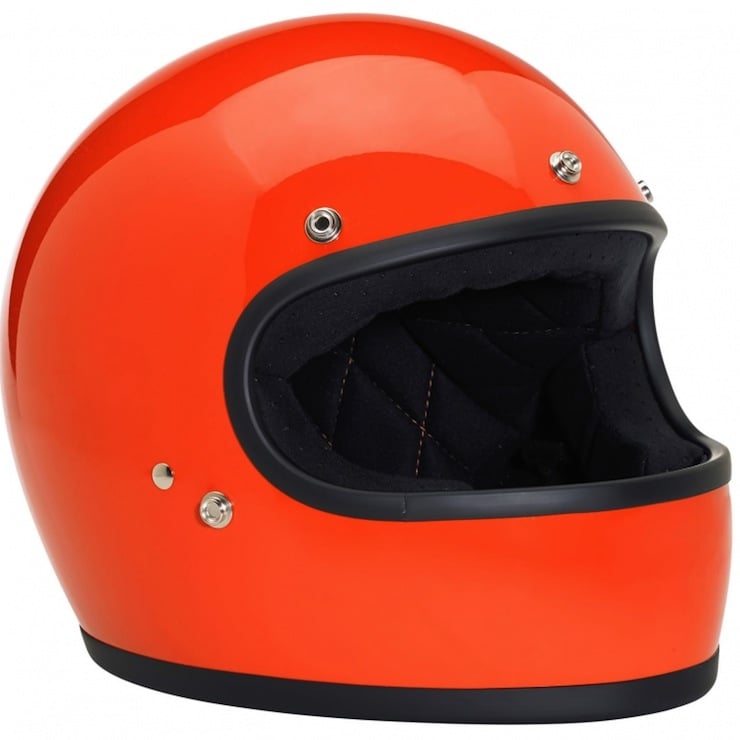 This is the Gringo Helmet by Biltwell Inc, it’s a retro full face helmet with full DOT-certification and we’ve been waiting for it with bated breath for months. At the moment if you want a classically styled motorcycle helmet with modern safety specifications you need to shell out for the Castel Helmet by Ruby – this is an excellent helmet but it costs over $1,000 USD which puts it well out of the price range of most people, us included.

The Gringo is a retro full-face helmet that costs just $149.95 USD – this is far more affordable and I have a sneaking suspicion that they’re going to sell out rather quickly. They’re currently available in 5 colours including Hazard Orange (pictured), Flat Black, Flat Titanium, Gloss Black and Gloss Vintage White – you can also get one in any of 6 sizes (the sizing chart is available on the product page).

Each of the Gringo helmets is made from an injection-molded ABS outer shell with hand-painted finish, they have an expanded polystyrene inner shell, a hand-sewn brushed Lycra liner with contrasting diamond-stitched quilted open-cell foam padding, internal BioFoam chin pad with hand-sewn contrast stitching, rugged plated steel D-ring neck strap with adjustment strap end retainer and a rubber edging on shell and eye port.

As previously mentioned, they have full DOT certification, they are also available with a series of visors, bubble shields and goggles – making them a solid choice for an all-weather helmet. 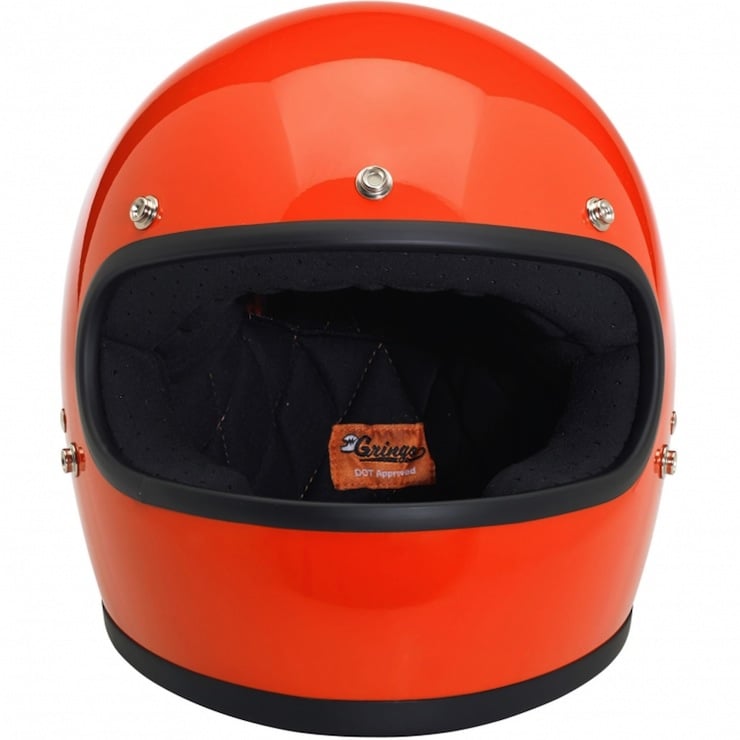 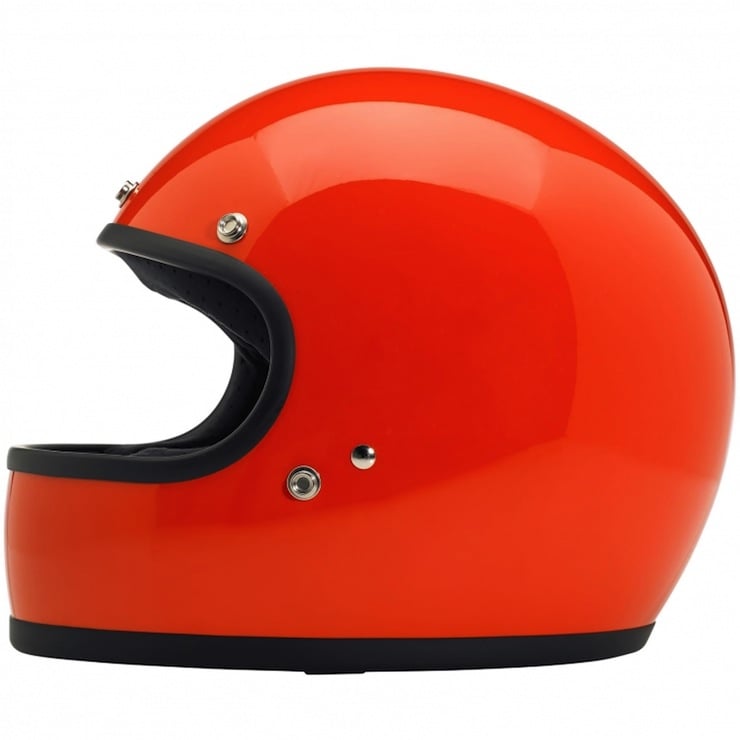 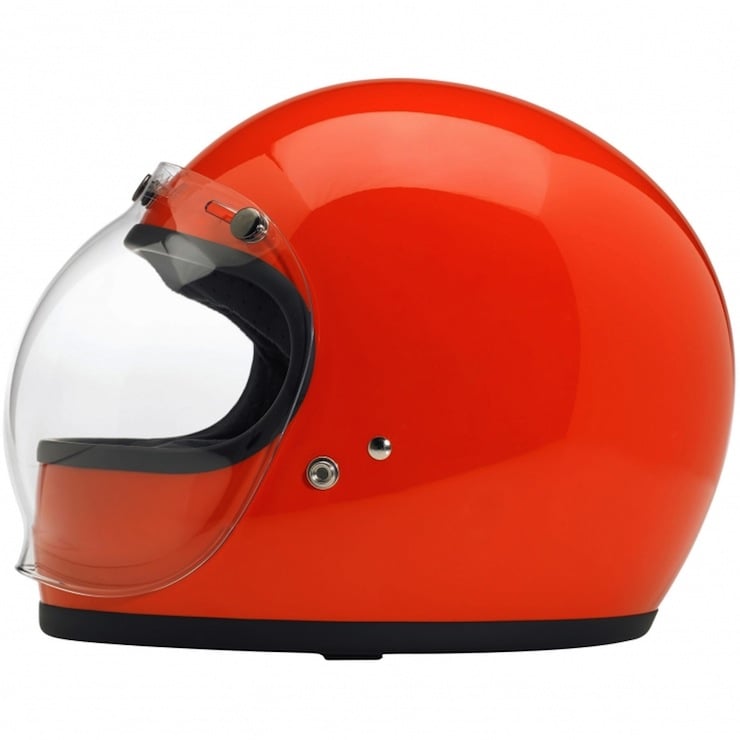