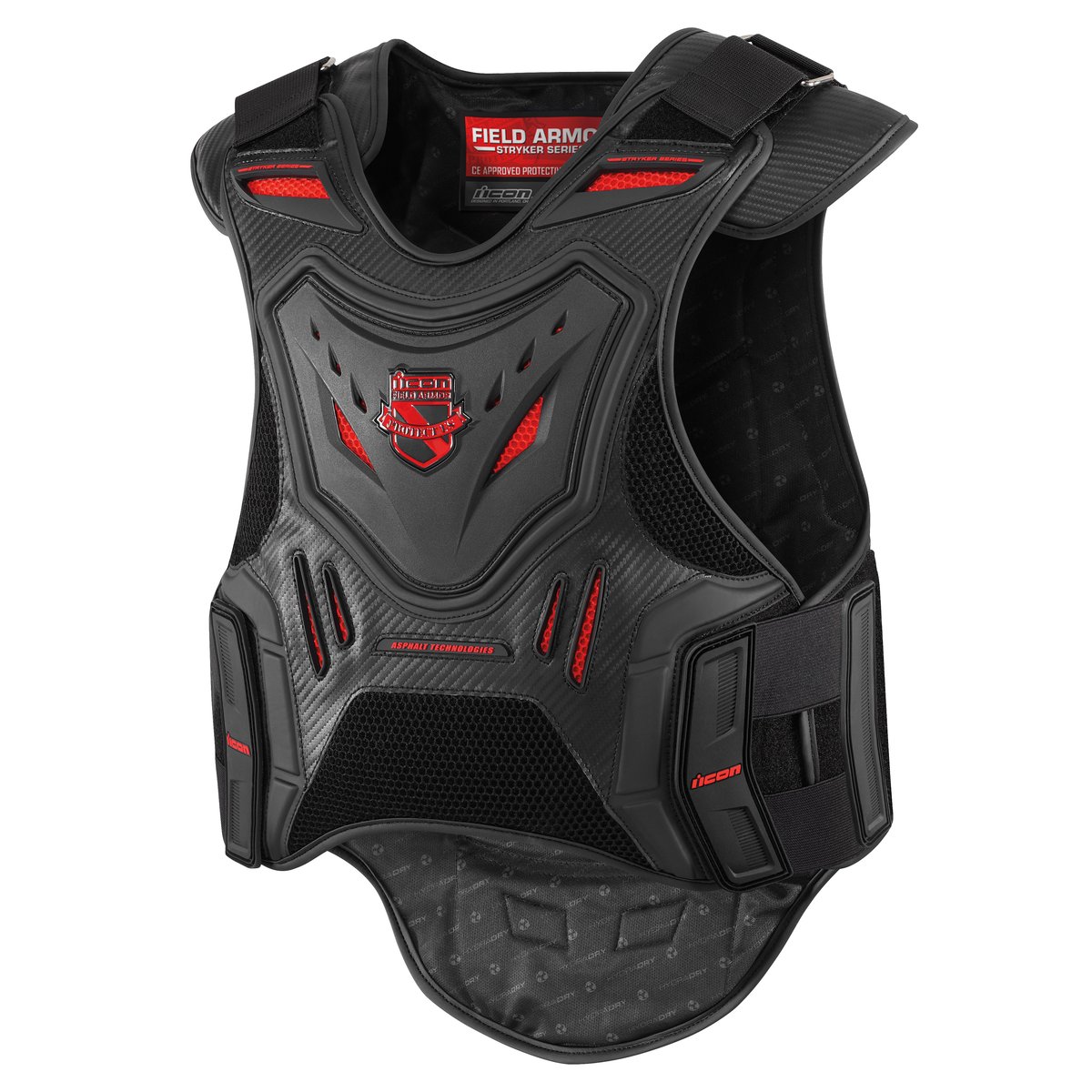 This is the Icon Stryker Vest, most people (myself included) consider it the best looking armoured vest on the market at the moment – it’s packed with D3O® armour, has articulating back-plates, a protective chest shield and adjustable shoulder and waist straps to ensure a snug fit.

The Stryker Vest will fit under most jackets, instantly making them an order of magnitude safer and it only costs $130 USD. A small price to pay when you start to think about how much it costs to come off a bike in nothing but a t-shirt. 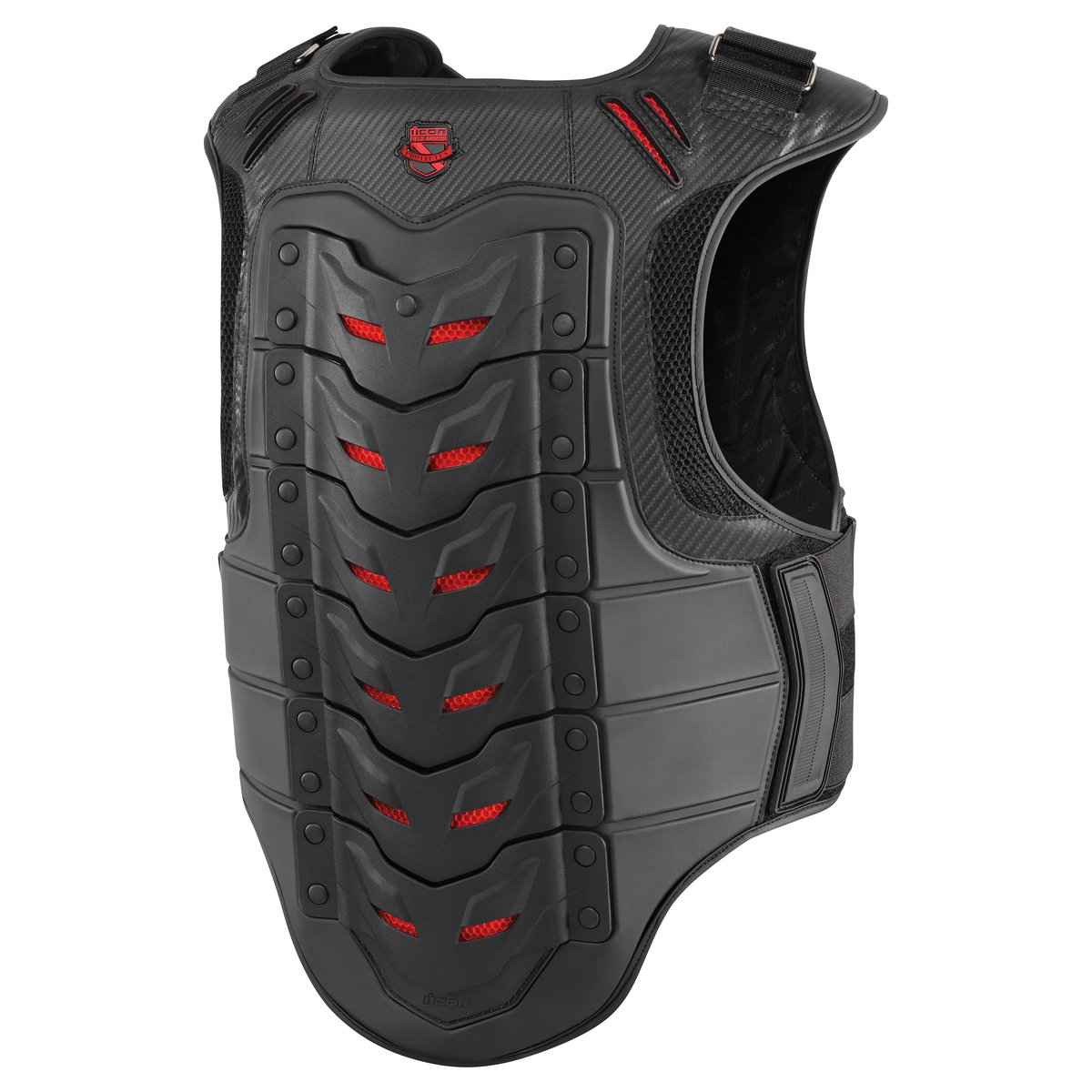