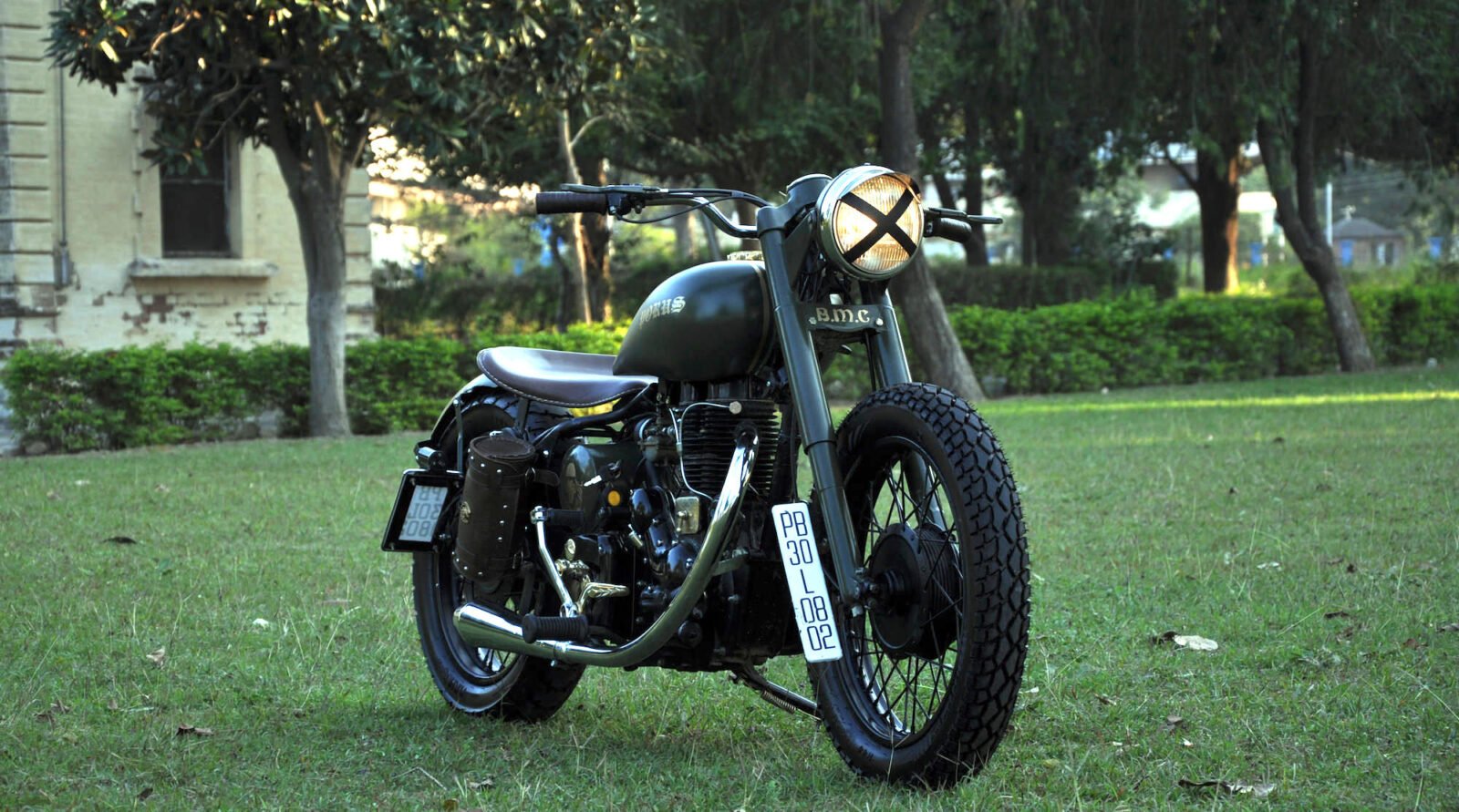 Bambukaat Motorcycle Customs is a new custom workshop based in Rupnagar, India. The bike you see here is their first effort, it started life an an old, slightly worn out Royal Enfield 350 before Pritpal and his 3 cohorts at Bambukaat go their hands on it and spent a month rebuilding it in their relatively small, humble garage.

The name “Porus” was chosen as a reference to the great King of the Paurava region (now known as Punjab), King Porus reigned between 340–317 BC and famously fought Alexander the Great in the Battle of the Hydaspes River in 326 BC.

While building Porus, the team at Bambukaat decided to give the bike a classic, pre-WWII feel – complete with an army green paint job and a blacked-out engine and wheels. A custom 22 litre fuel tank was chosen to give the bike decent range, a hand-made leather saddle and tool roll were added, a custom rear fender was fabricated and a series of tasteful brass parts were bolted into place to complement the green and black paint work.

The finished bike is another great example of what can be achieved using a Royal Enfield, we’re seeing more custom garages using the simple air-cooled motorcycles as platform – almost always with fantastic results. 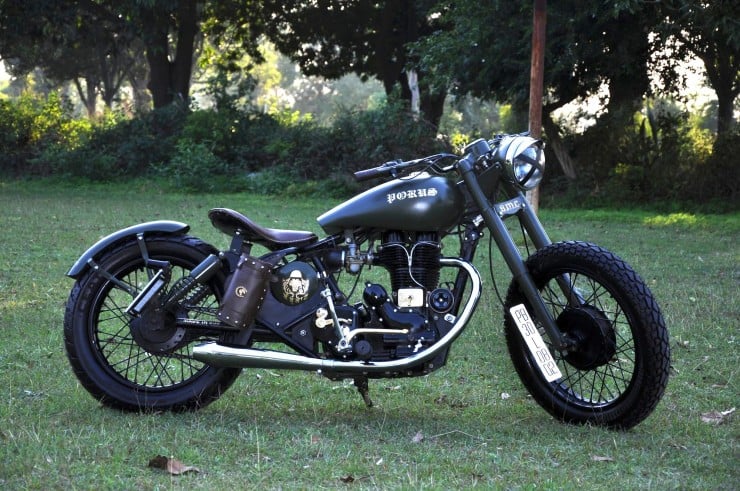 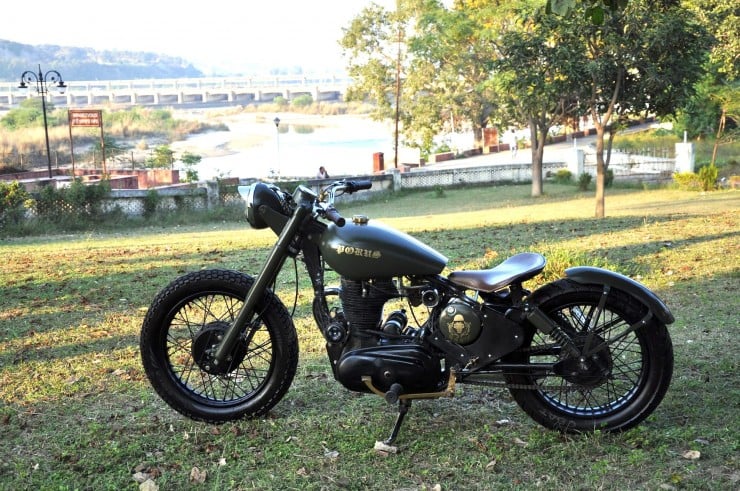 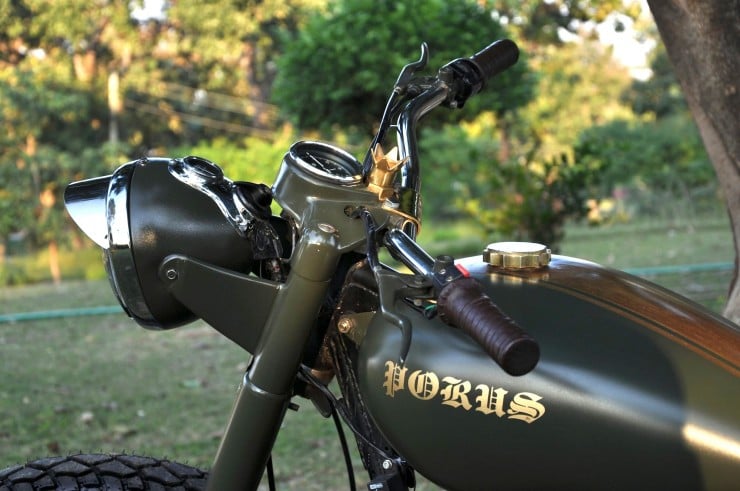 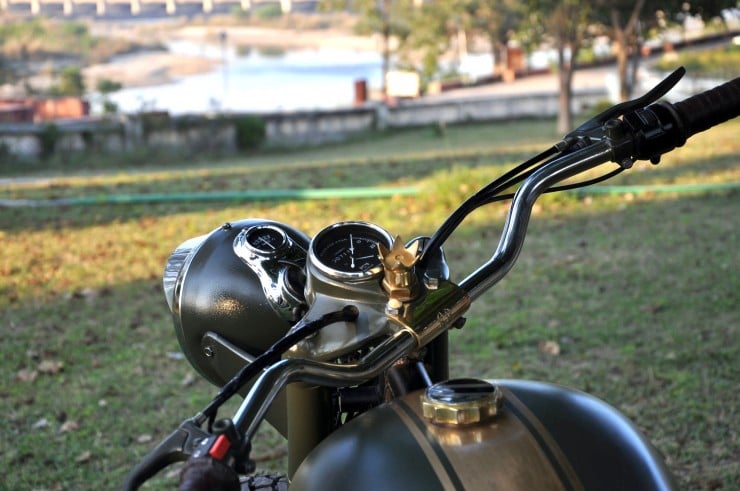 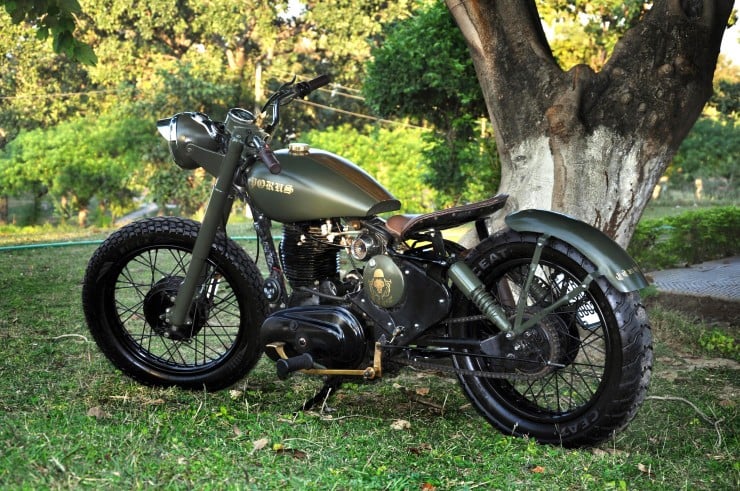 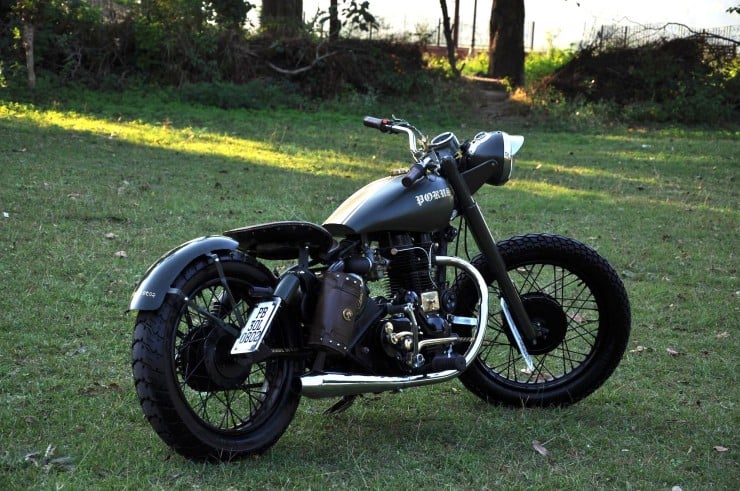 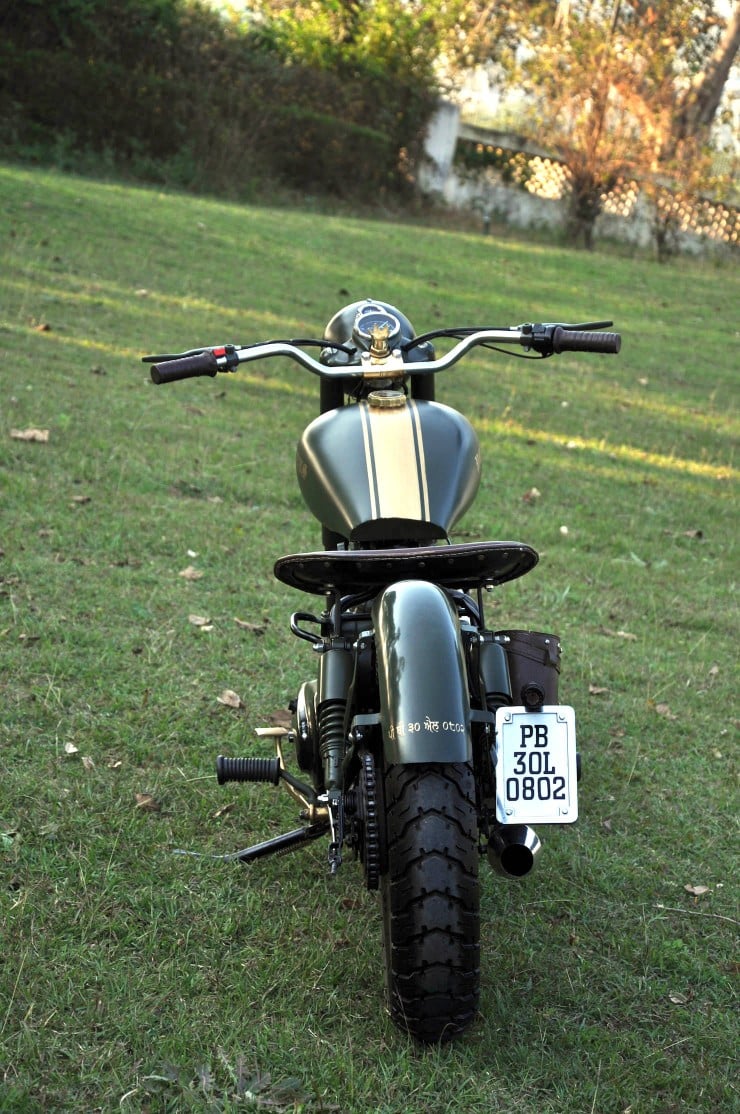 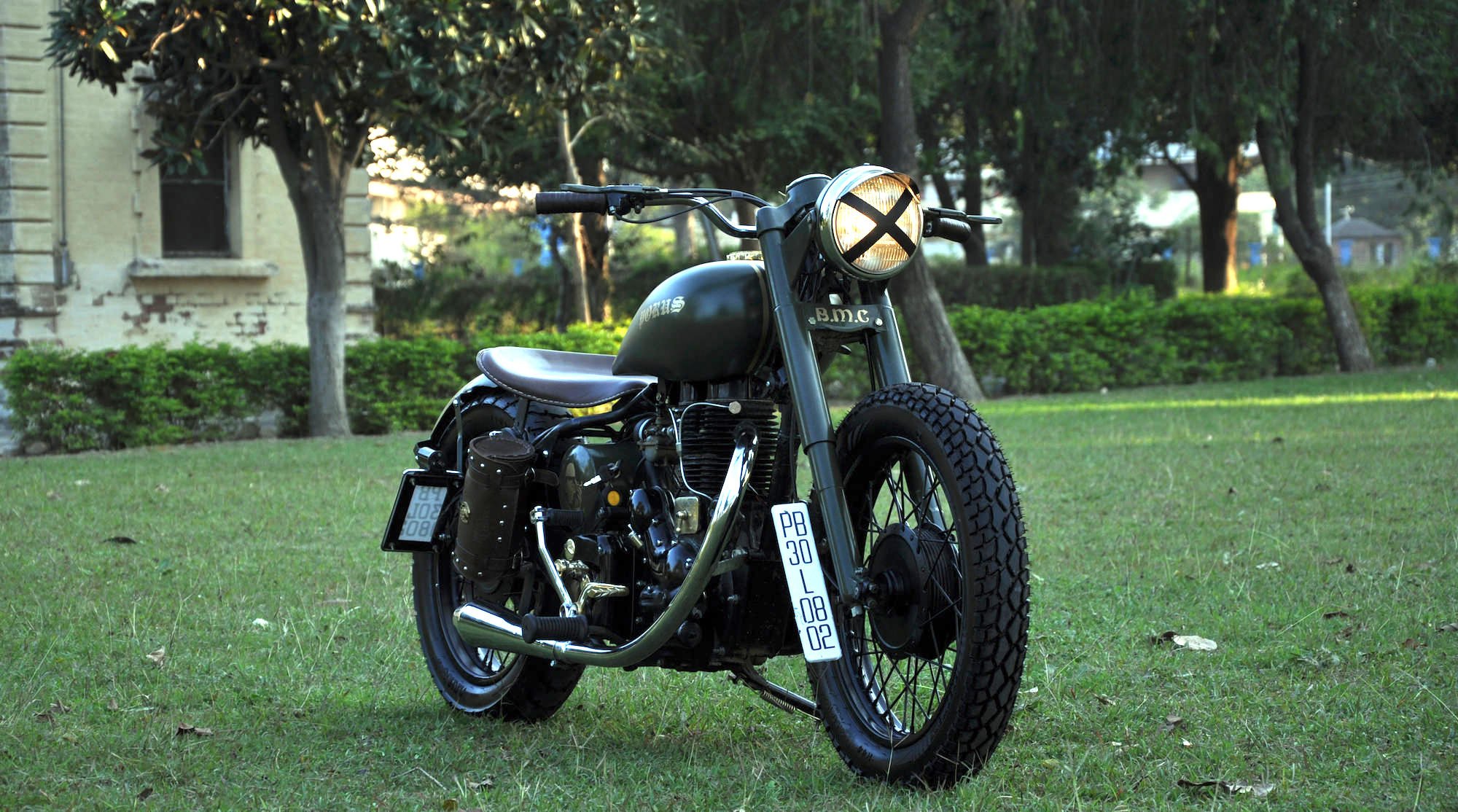