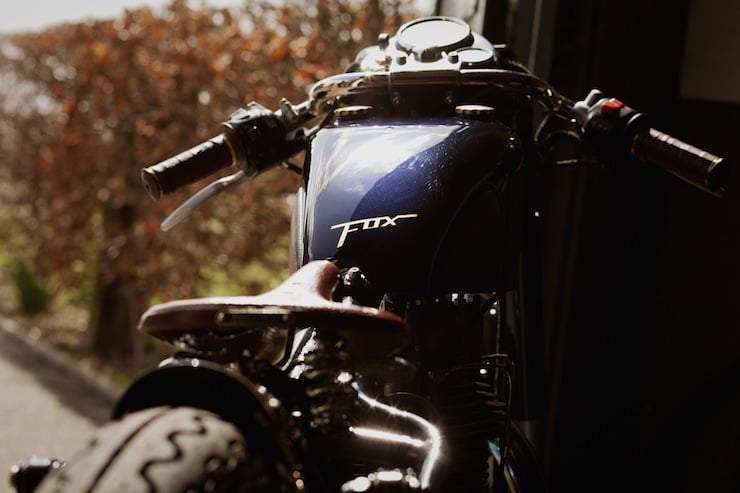 Old Empire Motorcycles is a British custom motorcycle garage that have been rapidly developing a reputation as one of the pre-eminent European builders.

This is the “Fox”, it’s the first in their run of 5 “Genus” builds that are being made to customer specifications and based around a classic Royal Enfield Bullet 500, a single cylinder motorcycle that’s been in production since the dawn of human civilisation. Or 1948. Whichever came first.

They started the build by pulling the bike to pieces and going over it with a fine-tooth comb, worn parts were discarded and a series of new parts were bought or fabricated in house by the guys at OEM. They’re planning on offering custom parts for sale via their online store in the very near future, so building bikes like this gives them a chance to find out what works and what doesn’t. 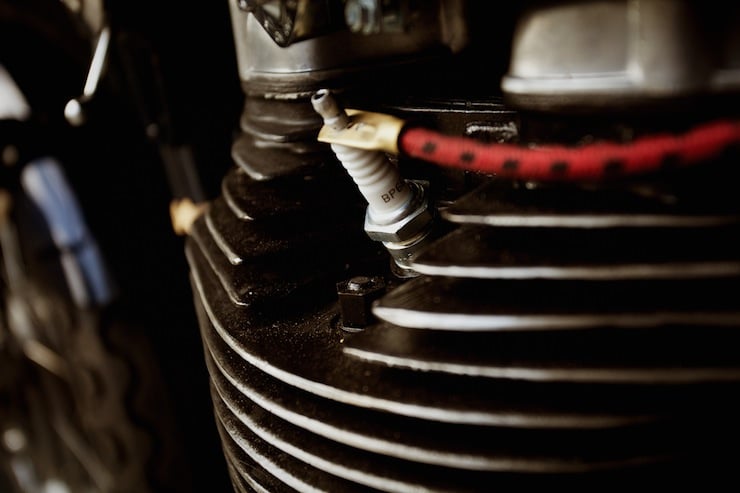 The suspension on the Fox was lowered 2 to 3 inches to bring the centre of gravity down a little, new Hagon shocks were added to the rear end and the front forks were machined to tighten them up and improve handling. A leather battery box was made along with leather grips and leather kneepads on the fuel tank, all of which compliment the Brooks leather saddle.

The tank was painted with a custom mixed midnight blue and well thought out brass accents were added to the bike from tip to tail. The finished bike is said to handle far better than the original, it certainly looks like a large step forward and word has it that the new owner is very pleased with it. 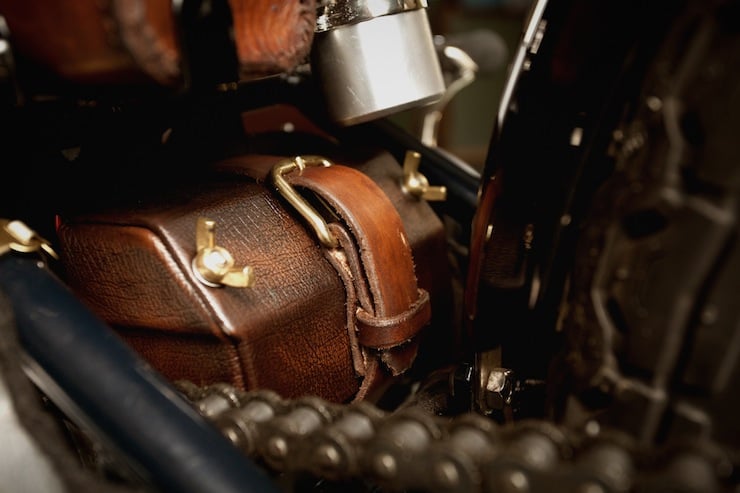 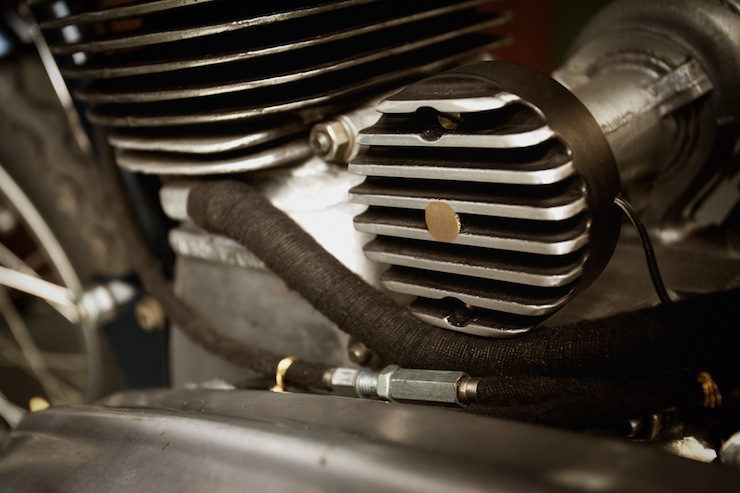 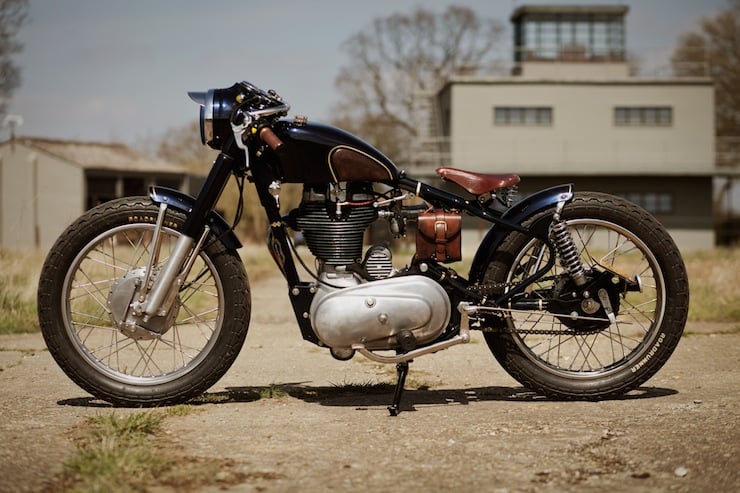 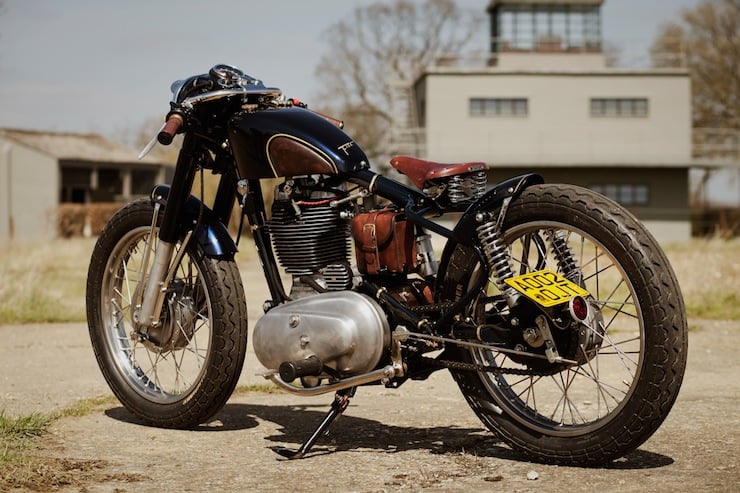 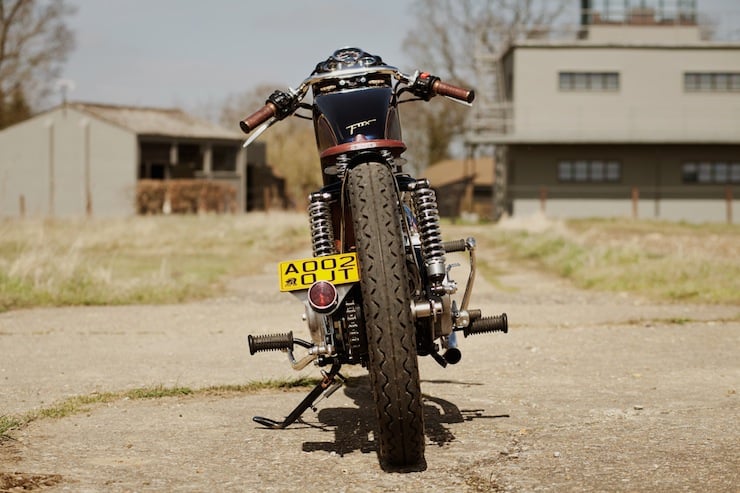 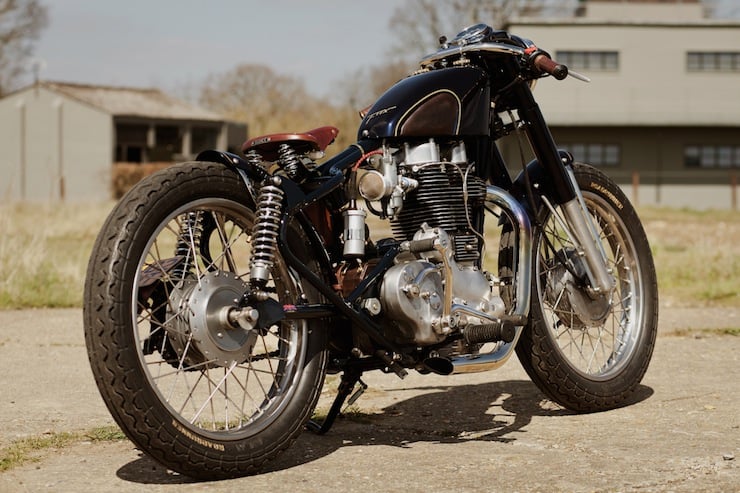 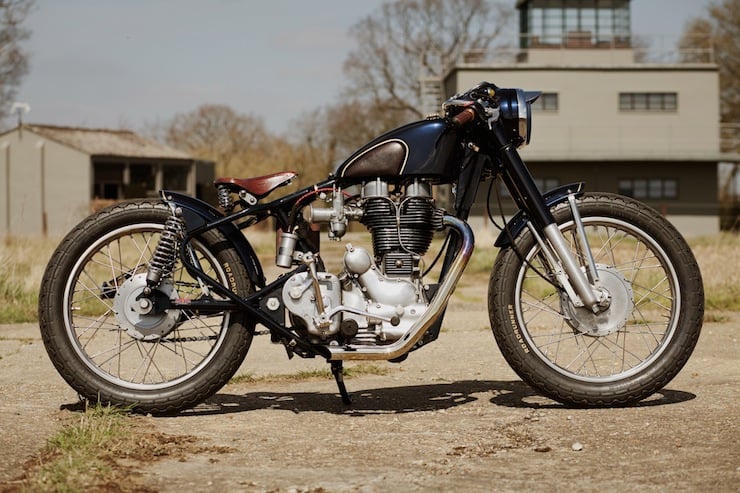 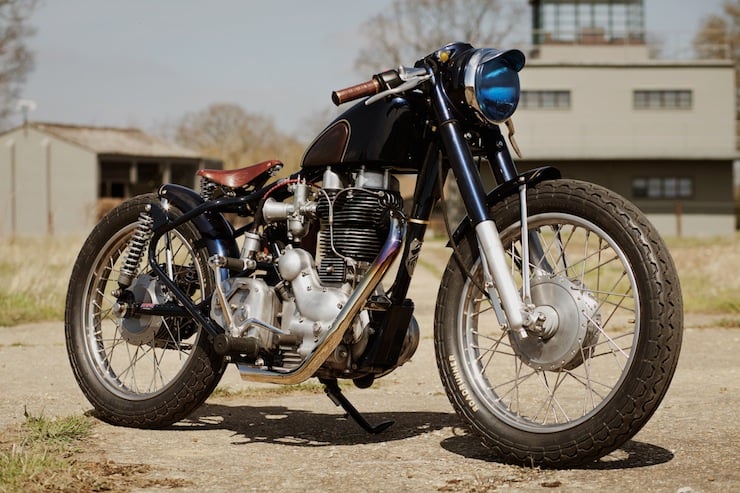 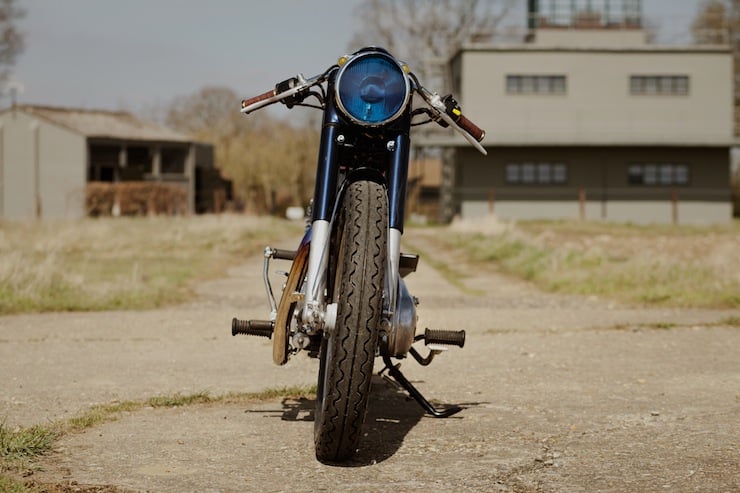 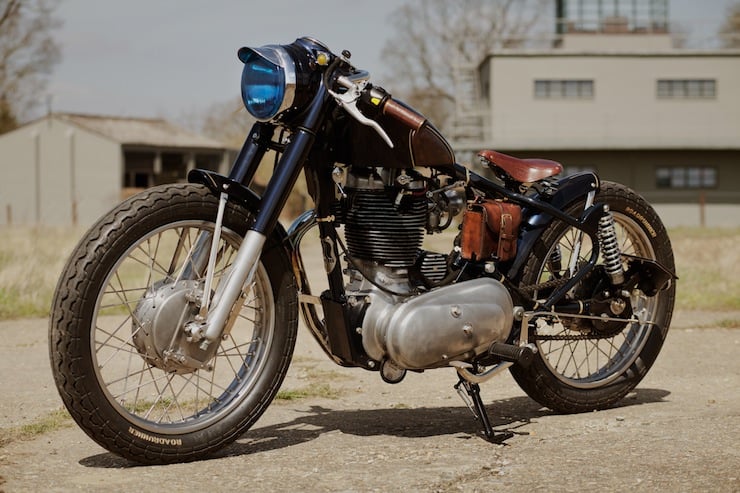 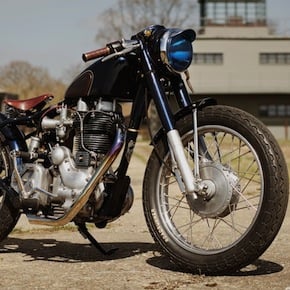