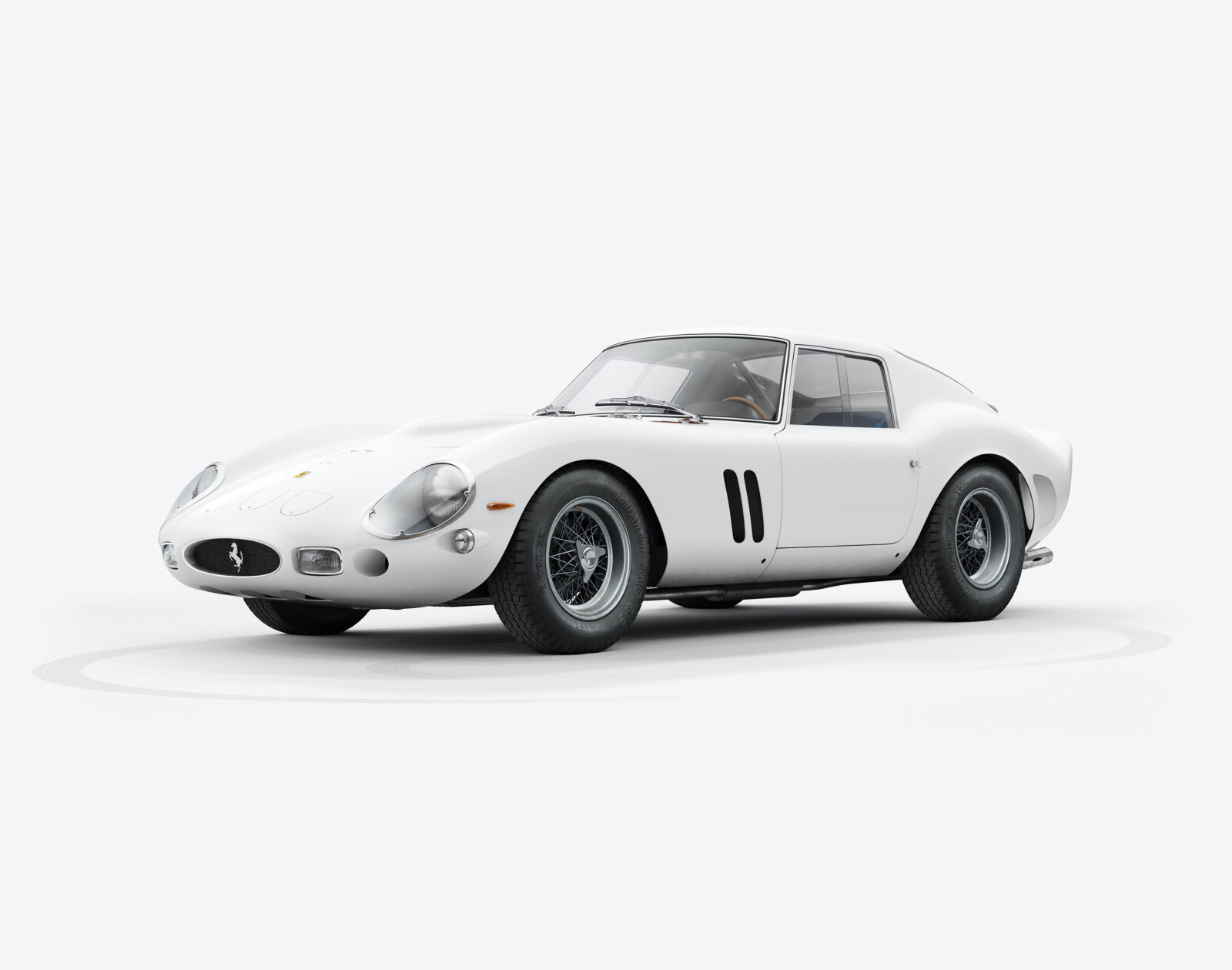 These remarkable images showcase the most expensive car in the world as no one has ever seen it before – with a plain white body designed to show off the Italian car’s much lauded design.

When it was first conceived by Italian engineer Giotto Bizzarrini the 250 GTO was given the nickname “Il Mostro” – Italian for “The Monster.”

It seems a strange pseudonym for a car that many of us consider beautiful, but back when the second prototype was in development it had a rough, unfinished alloy body showing welds and tooling marks. The engineers called it Il Mostro and the press called it “The Anteater” due to its long, low nose developed for high speed aerodynamics.

Despite its early Ugly Duckling phase the 250 GTO would help further fill the Ferrari trophy room with wins in the over 2000cc class of the FIA’s International Championship for GT Manufacturers in 1962, 1963, and 1964. 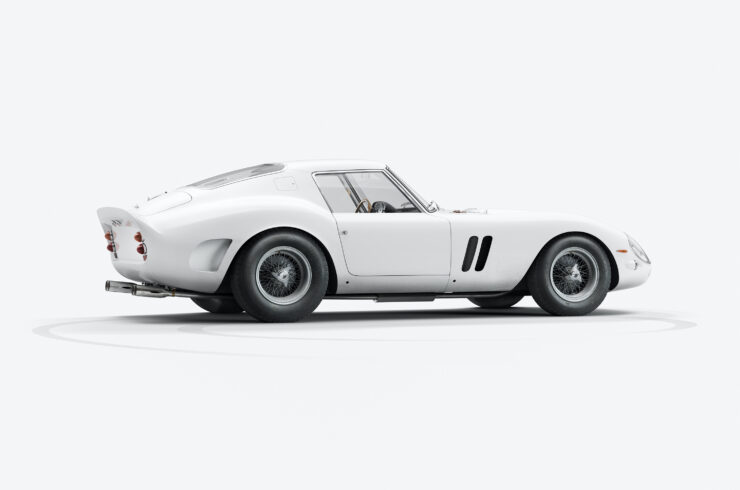 Today the Ferrari 250 GTO is recognized as the single most valuable car in history, back in June of 2018 a 1963 250 GTO (chassis #4153GT) was sold in a private transaction for a reported $70 million USD. A number unlikely to be rivaled by any other car.

This series is called “Plain Bodies,” it’s part of an ongoing project from INK, a London-based creative studio that specializes in creating digital content across film, print, and interactive platforms. They’ve created a minutely detailed 250 GTO with a plain white body as it more clearly shows the shape of the car – with no colors or race livery getting in the way. 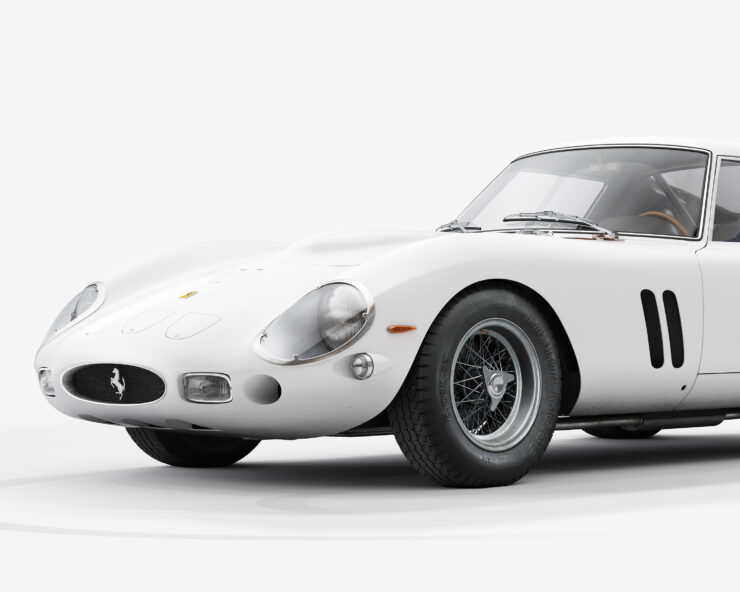 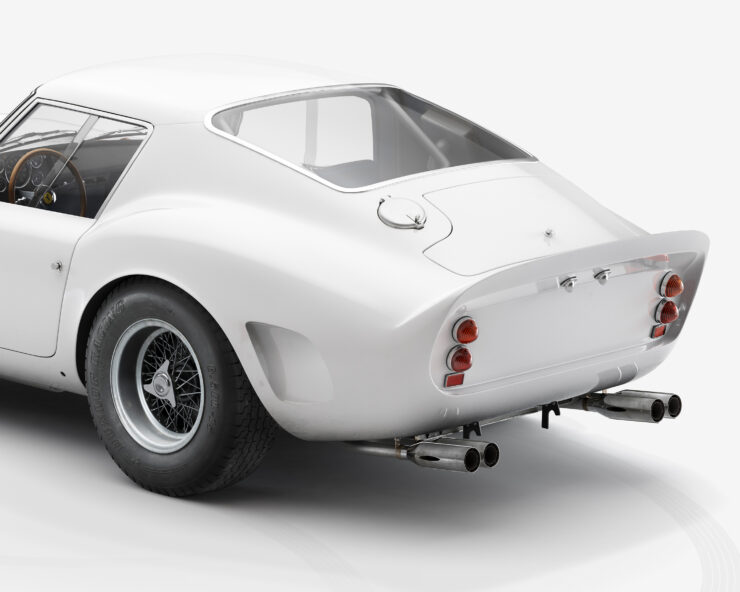 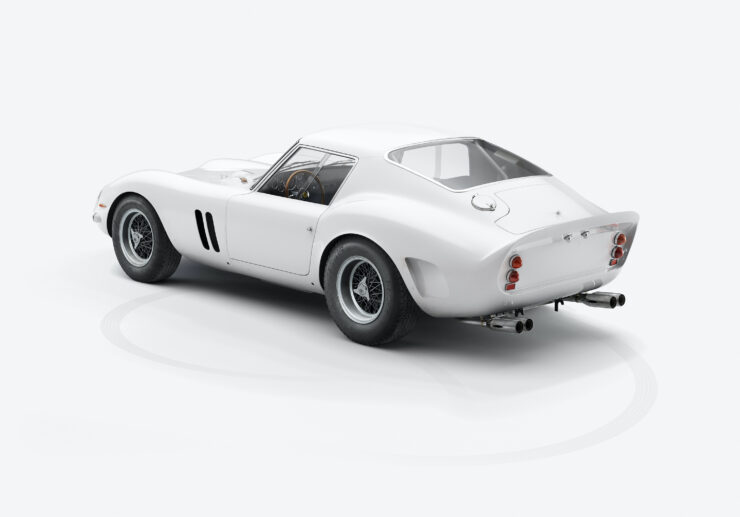