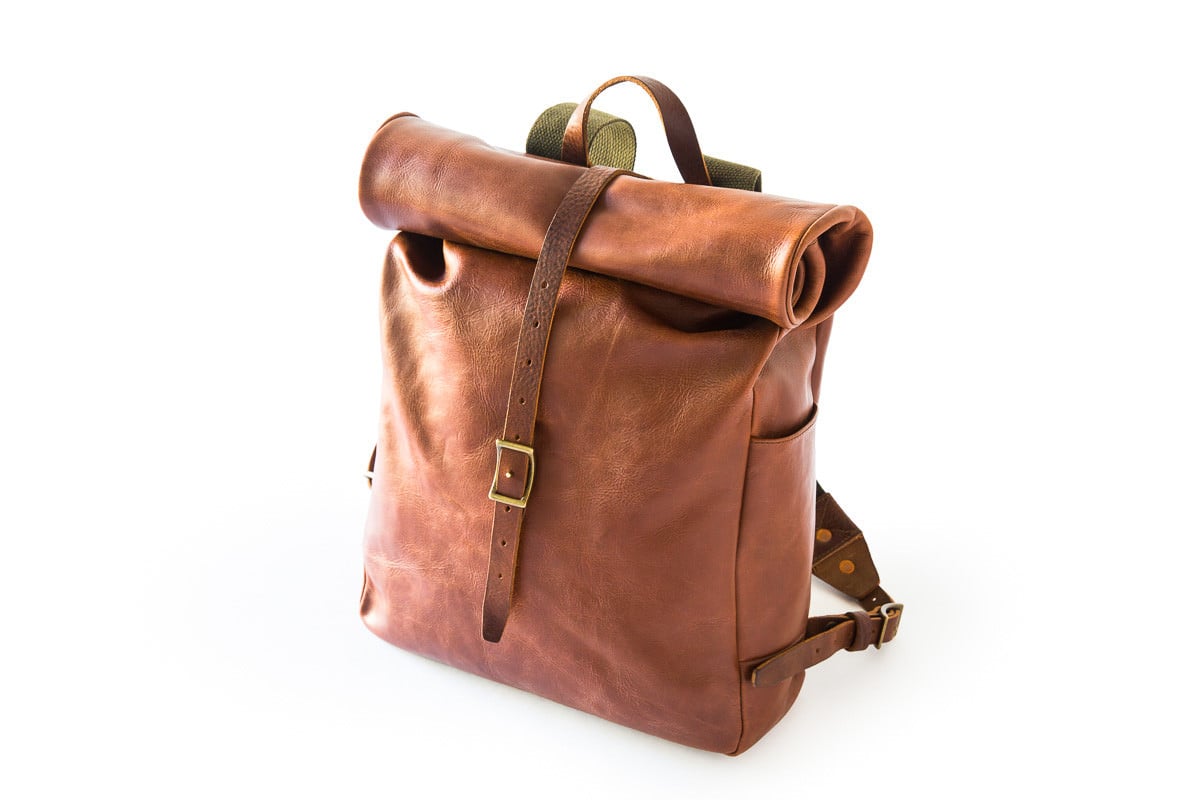 The new Roll Top Backpack by Whipping Post forgoes the usual placement of a zipper for a rolled top – designed to improve weatherproofing and eliminate issues associated with broken zips.

Each bag is made in the USA from 100% vegetable-tanned leather and has adjustable, webbed canvas straps with an internal pocket, and two side pockets. It measures in at 16″ x 12.5″ x 4 ” (when rolled), but height can be adjusted by increasing or decreasing the size of the roll. 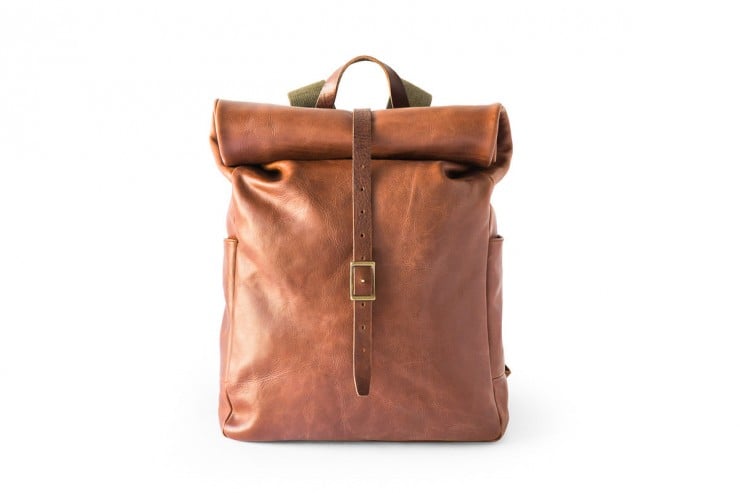 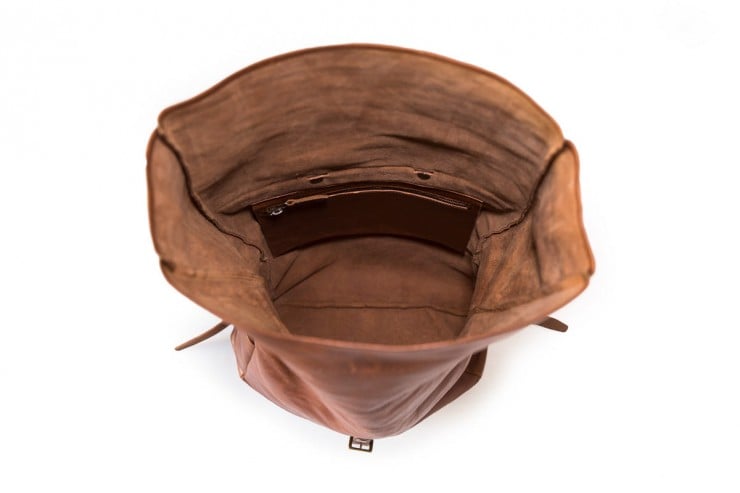 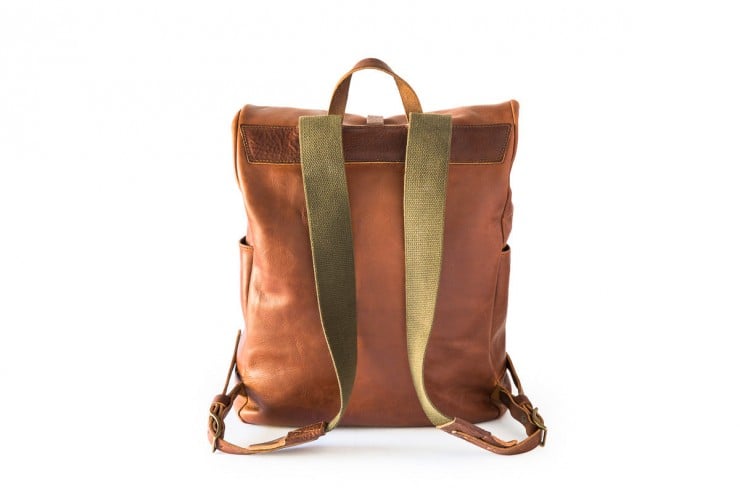 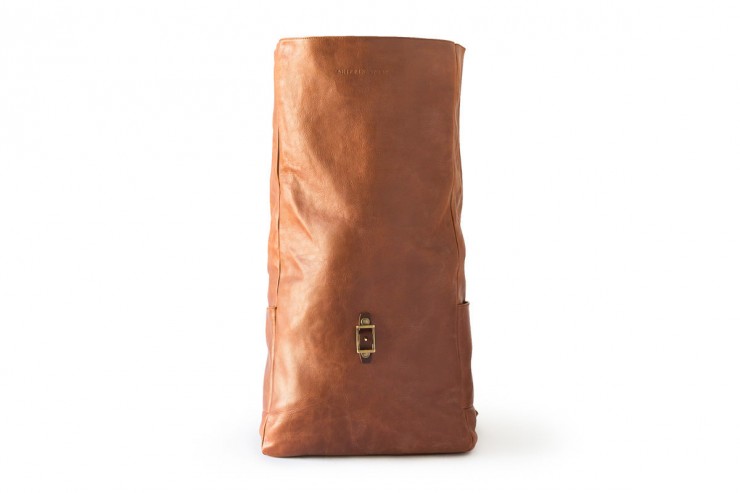 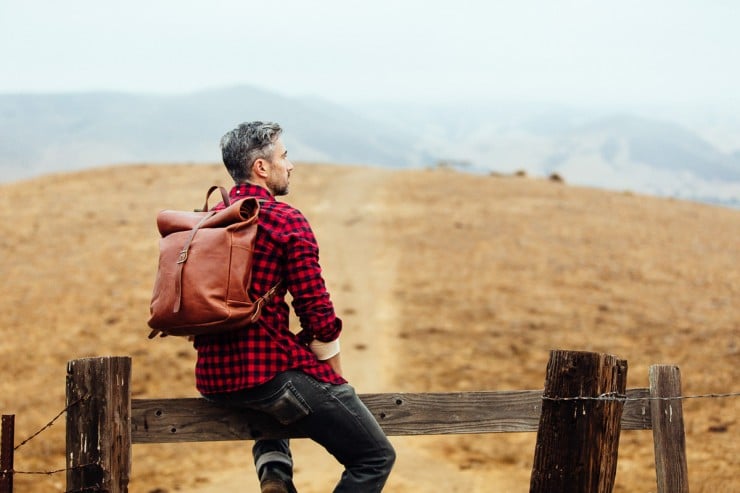 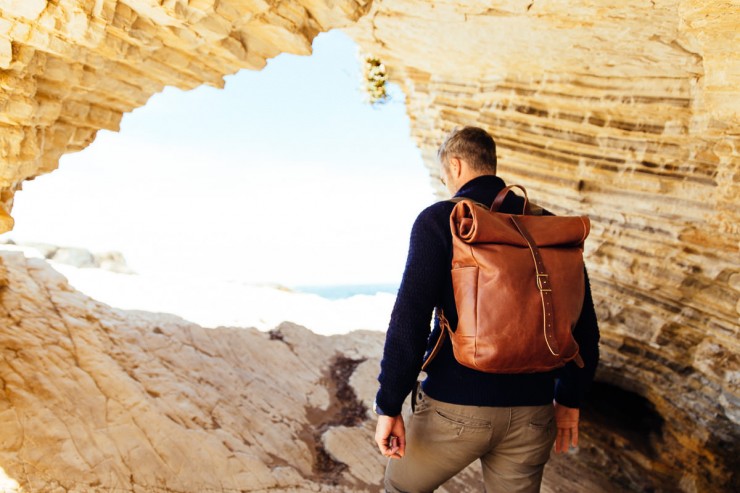 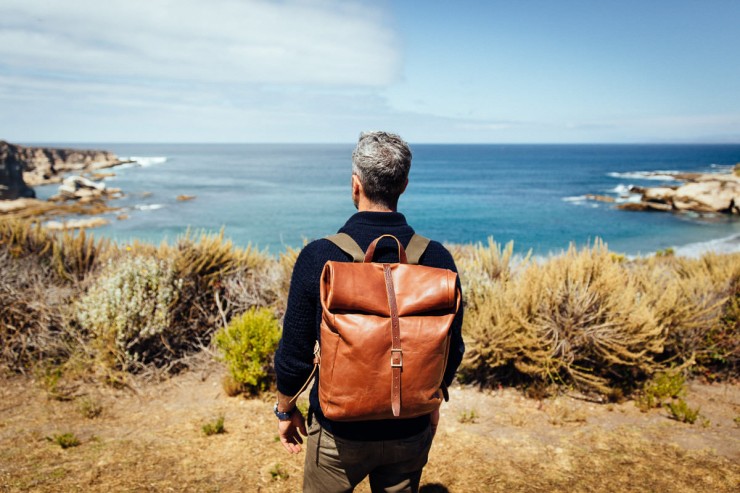