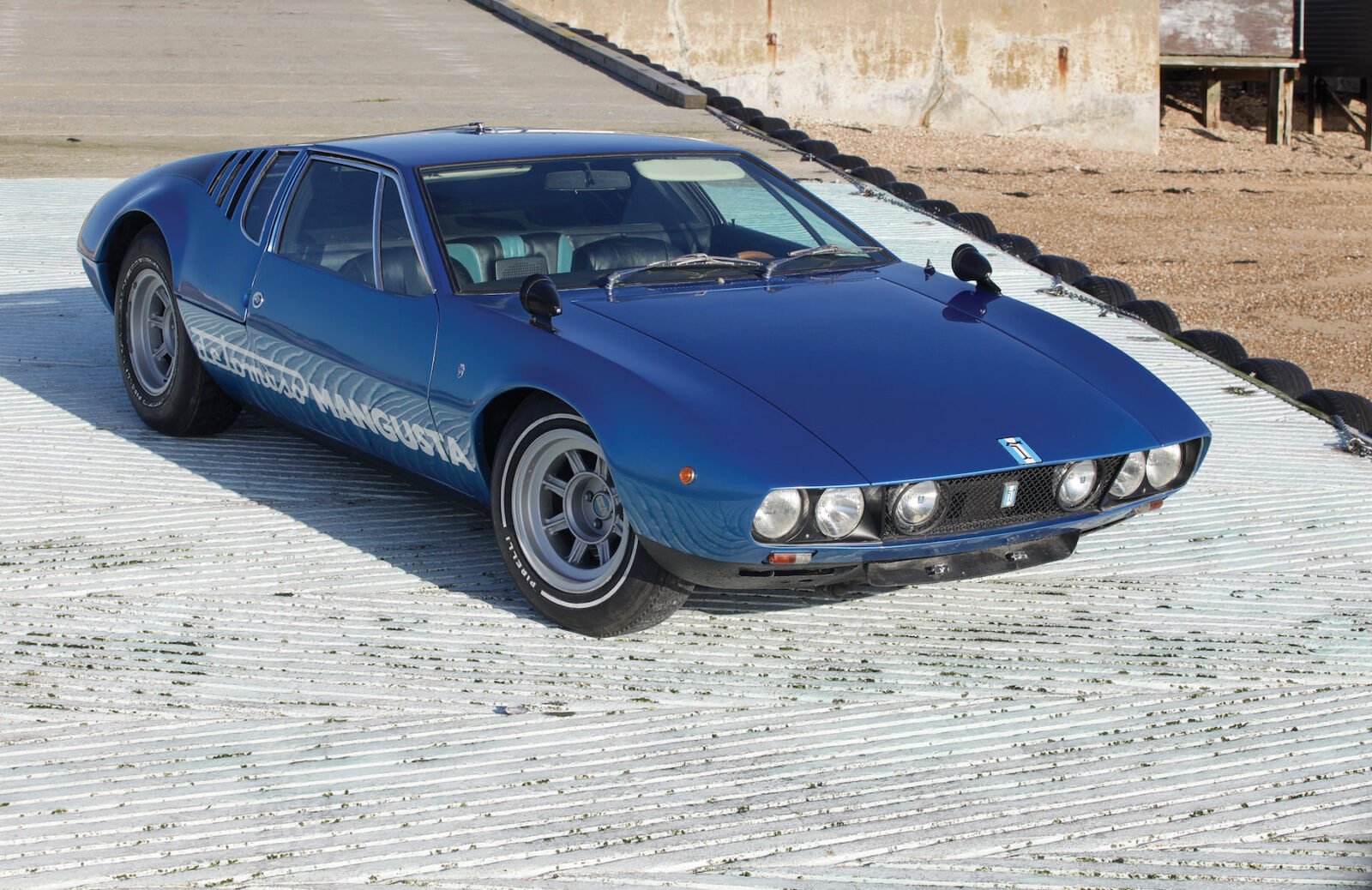 The De Tomaso Mangusta would be the first car produced in significant numbers by Alejandro de Tomaso, it used a modified version of the chassis from its forebear – the De Tomaso Vallelunga. Alejandro’s life was a tale of political intrigue, Formula 1 racing and automobile empire building – throughout the ’60s and ’70s he bought and sold the Ghia and Vignale coachbuilding studios, the Benelli and Moto Guzzi motorcycle manufacturers, and the Innocenti and Maserati automobile manufacturers.

As a young man growing up in Argentina Alejandro became involved in politics and by his late 20s he found himself needing to flee to his grandfather’s home country of Italy – after he was directly implicated in a plan to overthrow Juan Perón, the unpopular Argentinian president.

Once in Italy, he wasted no time getting to work and by 1957 he had secured himself a drive in the Formula 1 world championship. By 1959 he had decided that he would rather be making the cars than driving them, so he founded De Tomaso Automobili in Modena and set to work with his engineers developing prototypes and racing cars.

De Tomaso’s first production car started life as one of these prototypes, the beautiful Vallelunga was designed and built just in time for the Turin Motor Show in 1963 – none of the big name automobile manufacturers wanted to buy the design, so Alejandro decided to do it himself. After 53 units had been built and shipped to buyers a new design was created for a modified version of the modified Vallelunga chassis – it would be called the Mangusta and it would be the car that put De Tomaso on the map.

The Mangusta was designed from the outset to take on the Cobras from Carroll Shelby, in fact “mangusta” is just the Italian word for Mongoose – the only animal that hunts and kills cobras in the wild.

Each Mangusta would be powered by a Ford V8, the early cars got the same 289 cubic inch power unit used in the Mustang and later models got the upgraded 302 cubic inch engine.

Power was sent to the rear wheels via a five-speed ZF transmission and the car rode on independent front and rear suspension with anti-roll bars, to bring it all to a halt it was fitted with power-assisted Girling disc brakes at each wheel.

Between 1967 and 1971, 401 Mangustas were made and delivered to customers in Europe, the United States and around the world, it’s thought only about 250 survived to the modern day as many of them were written off by drivers who were taken by surprise by the car’s 32/68 weight distribution.

The car you see here is a survivor still wearing its original paint from 1969, it was owned by the Rosso Bianco Museum of Peter Kaus in Aschaffenberg for 20 years and now belongs to a private collection in Europe. It’s due to hit the auction block in Paris on the 4th of February 2015 and RM Auctions have estimated its value at between €120,000 and €160,000, which makes it surprisingly affordable considering the current nature of the classic car market – especially for cars originating in Italy. 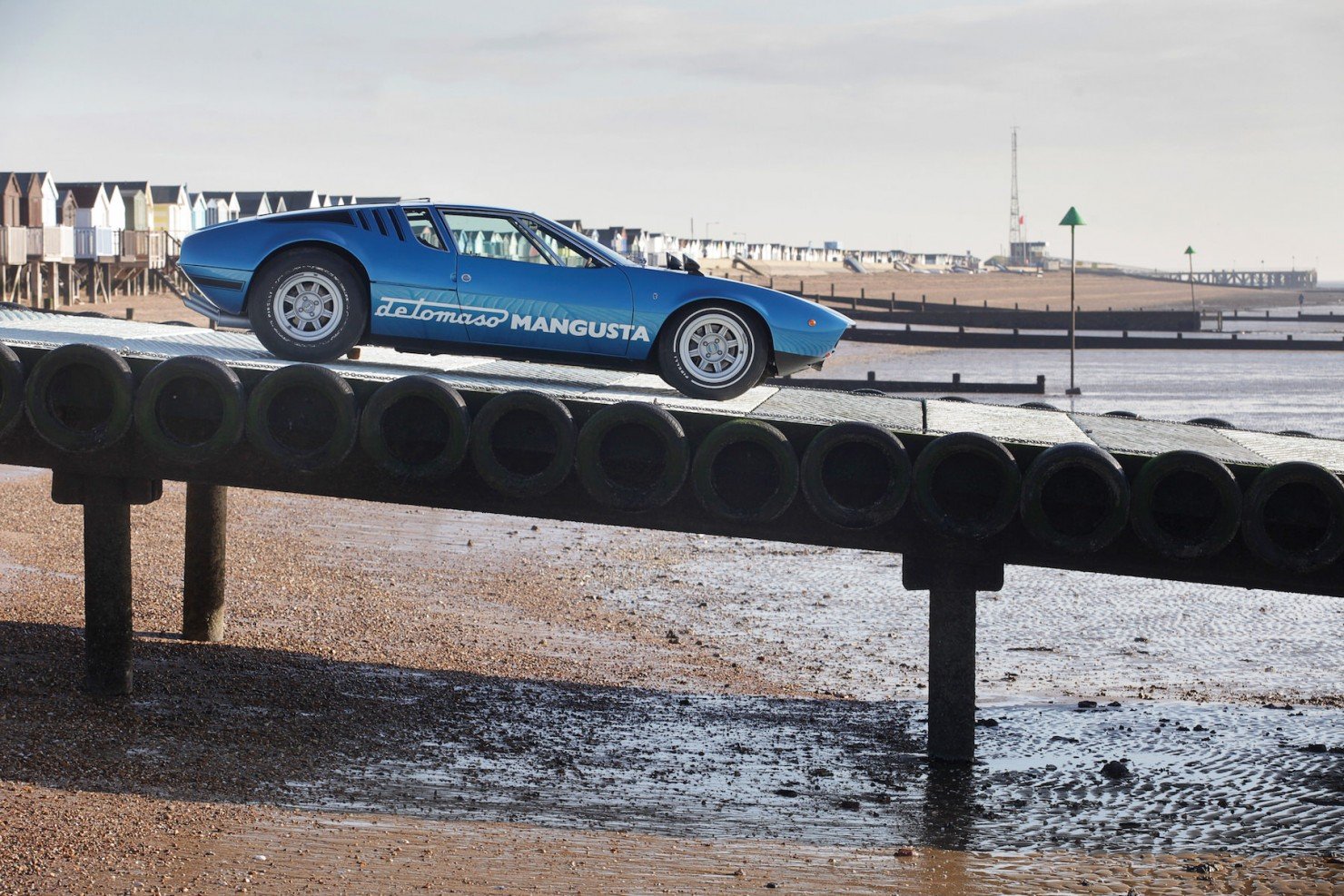 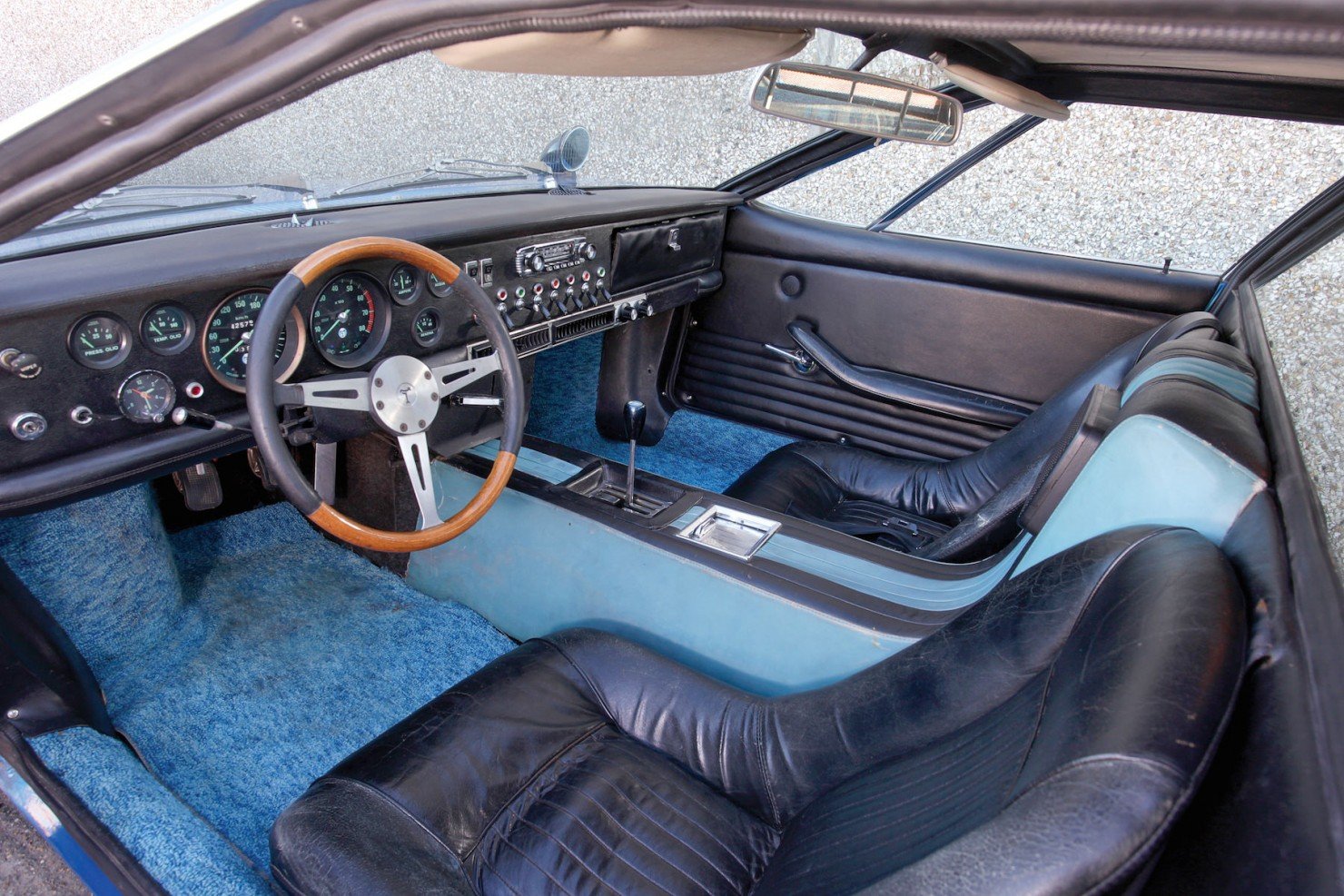 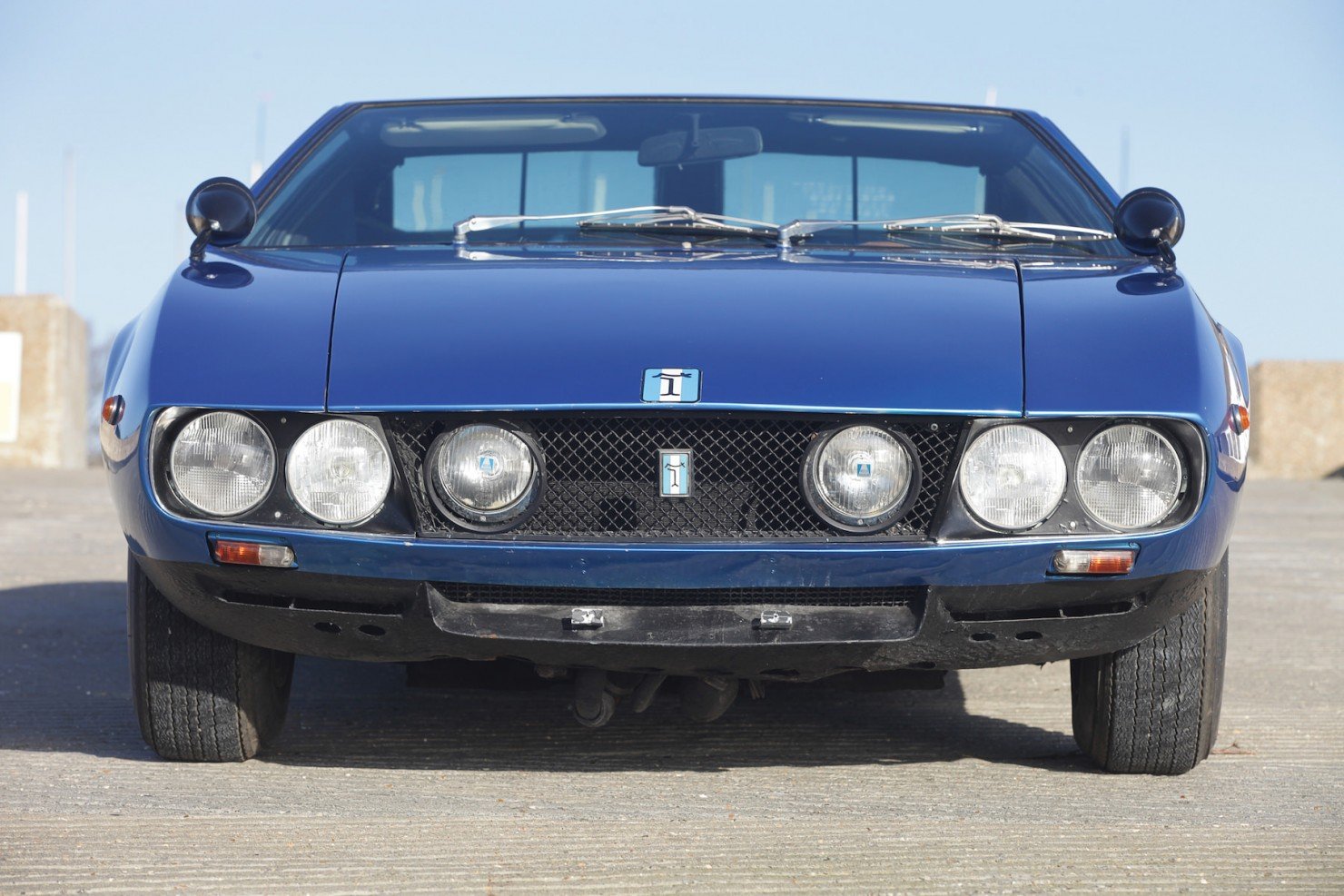 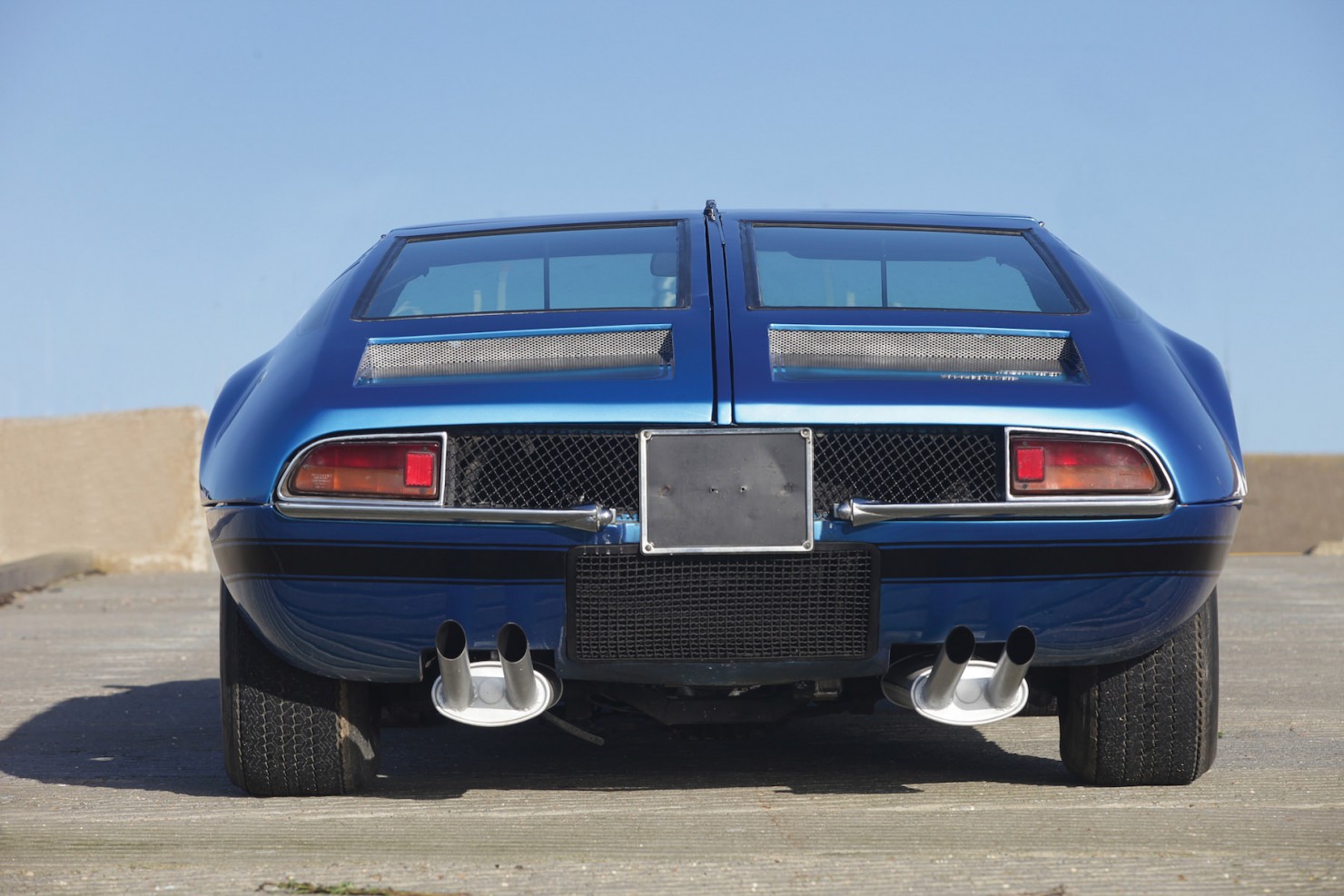 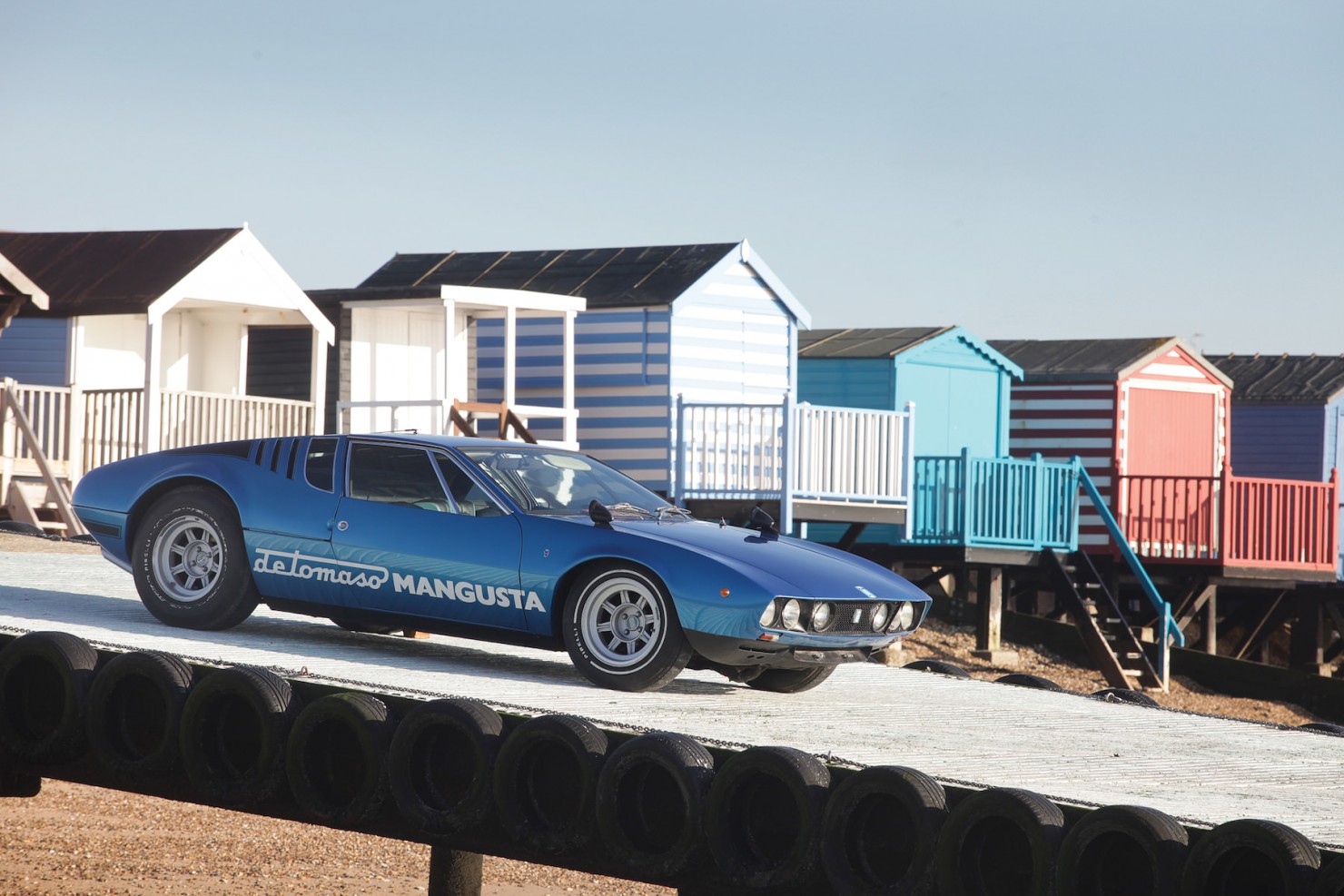 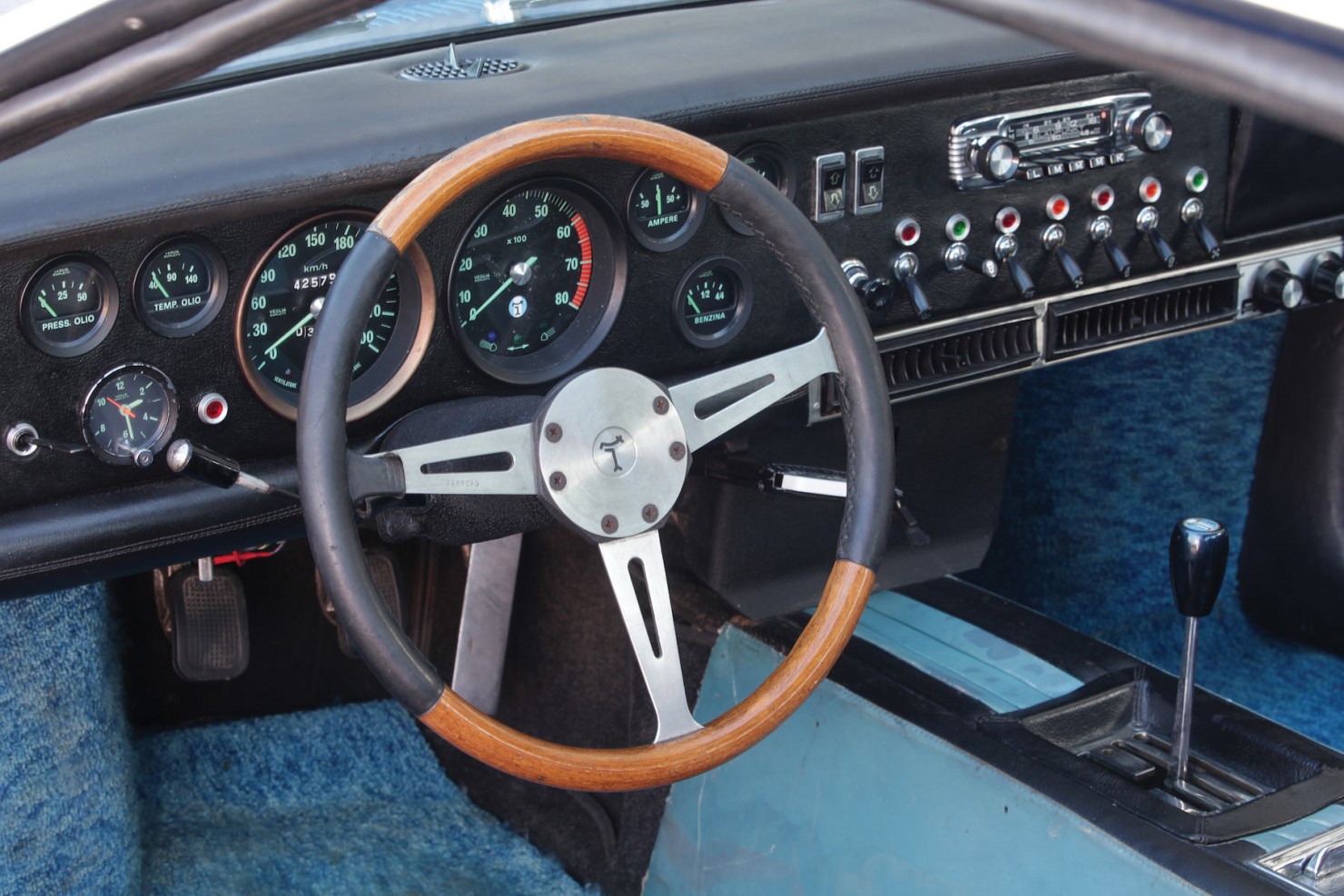 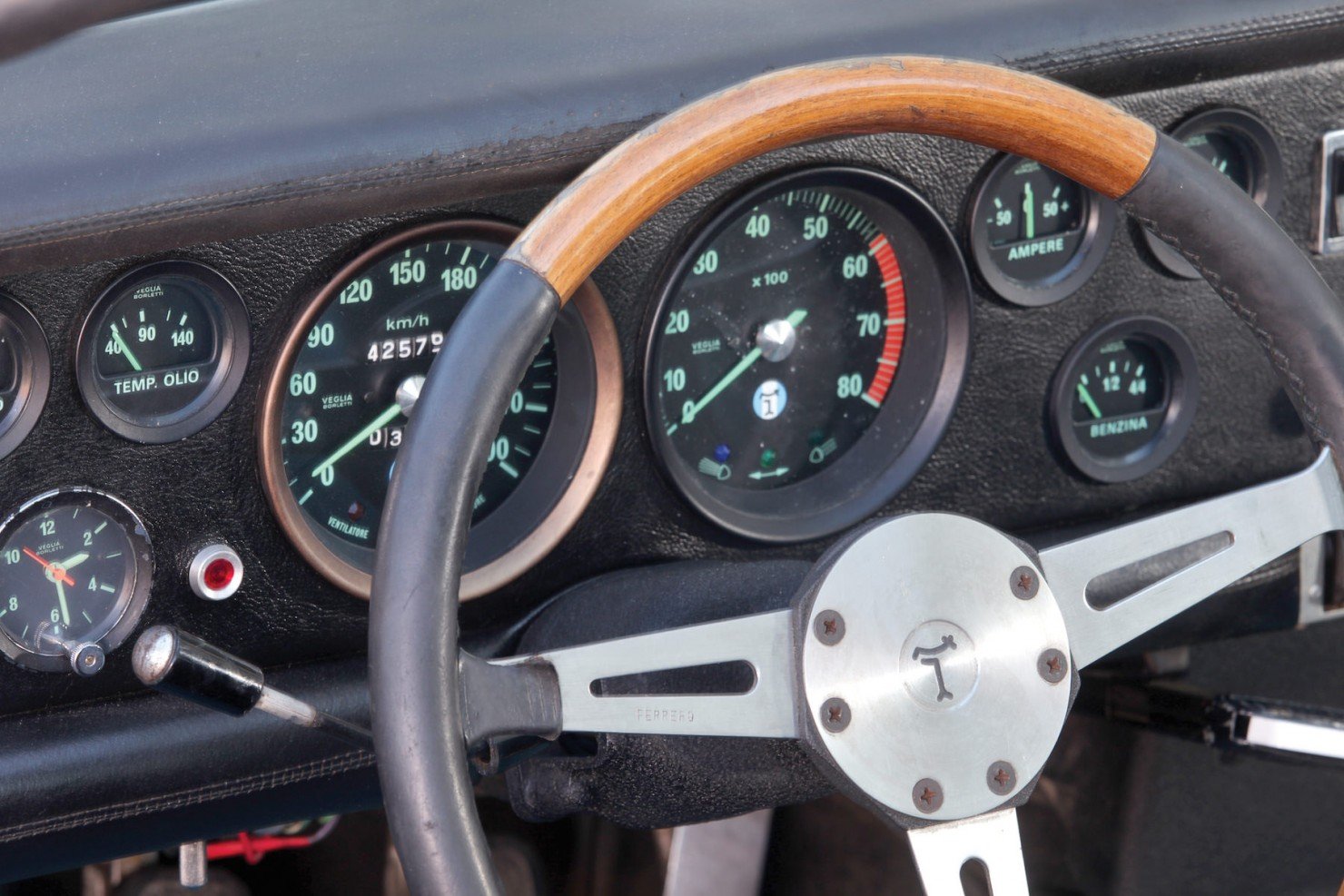 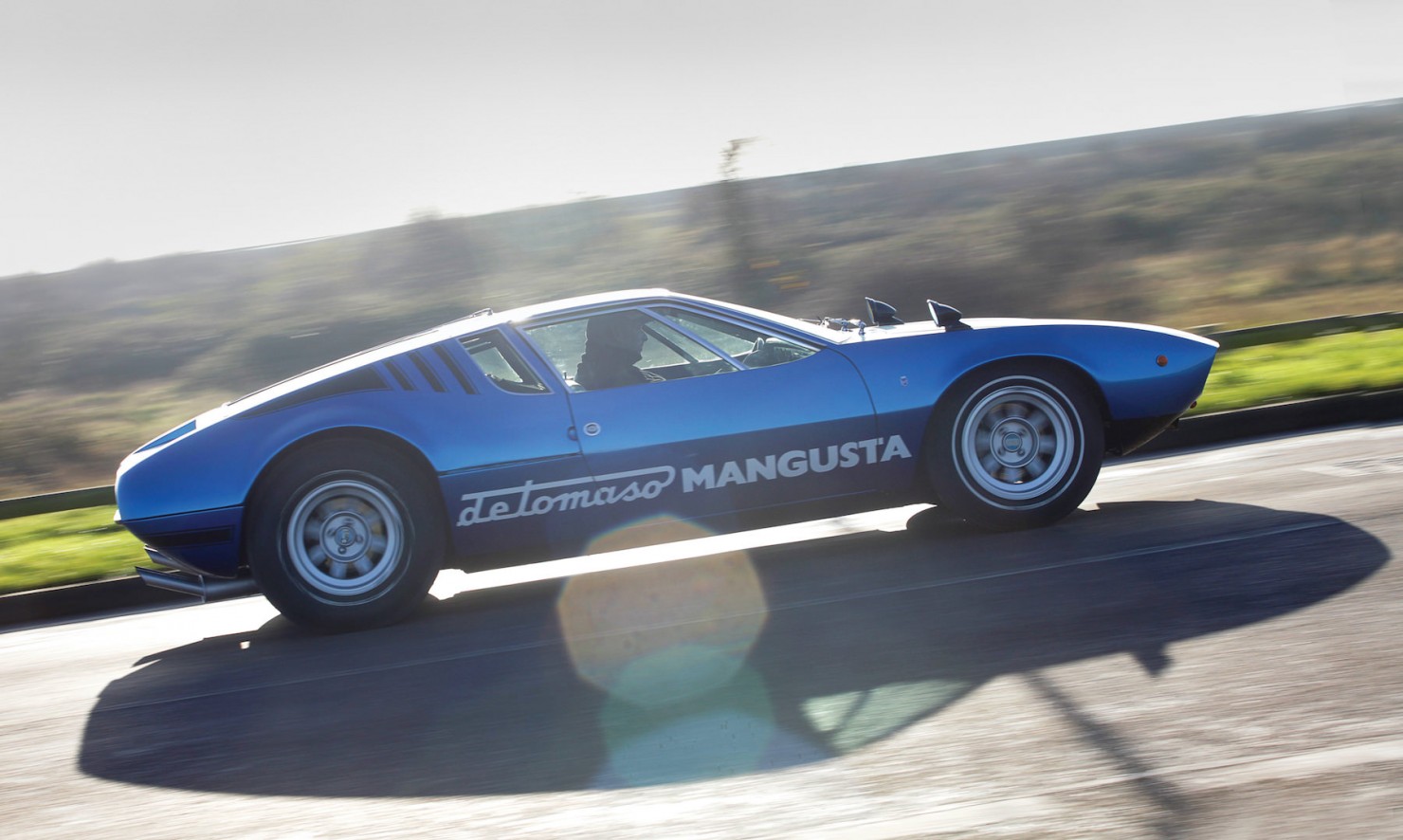 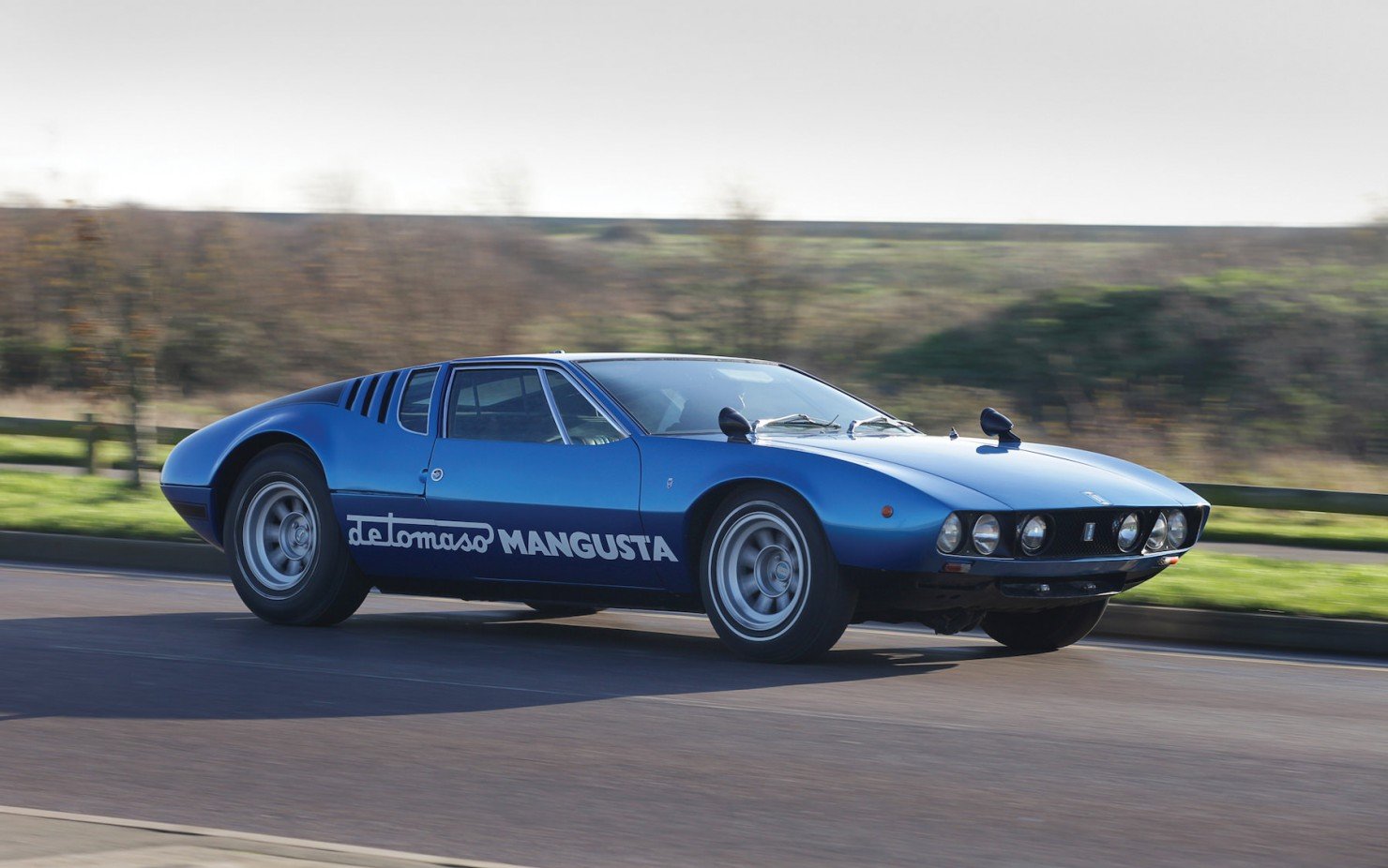 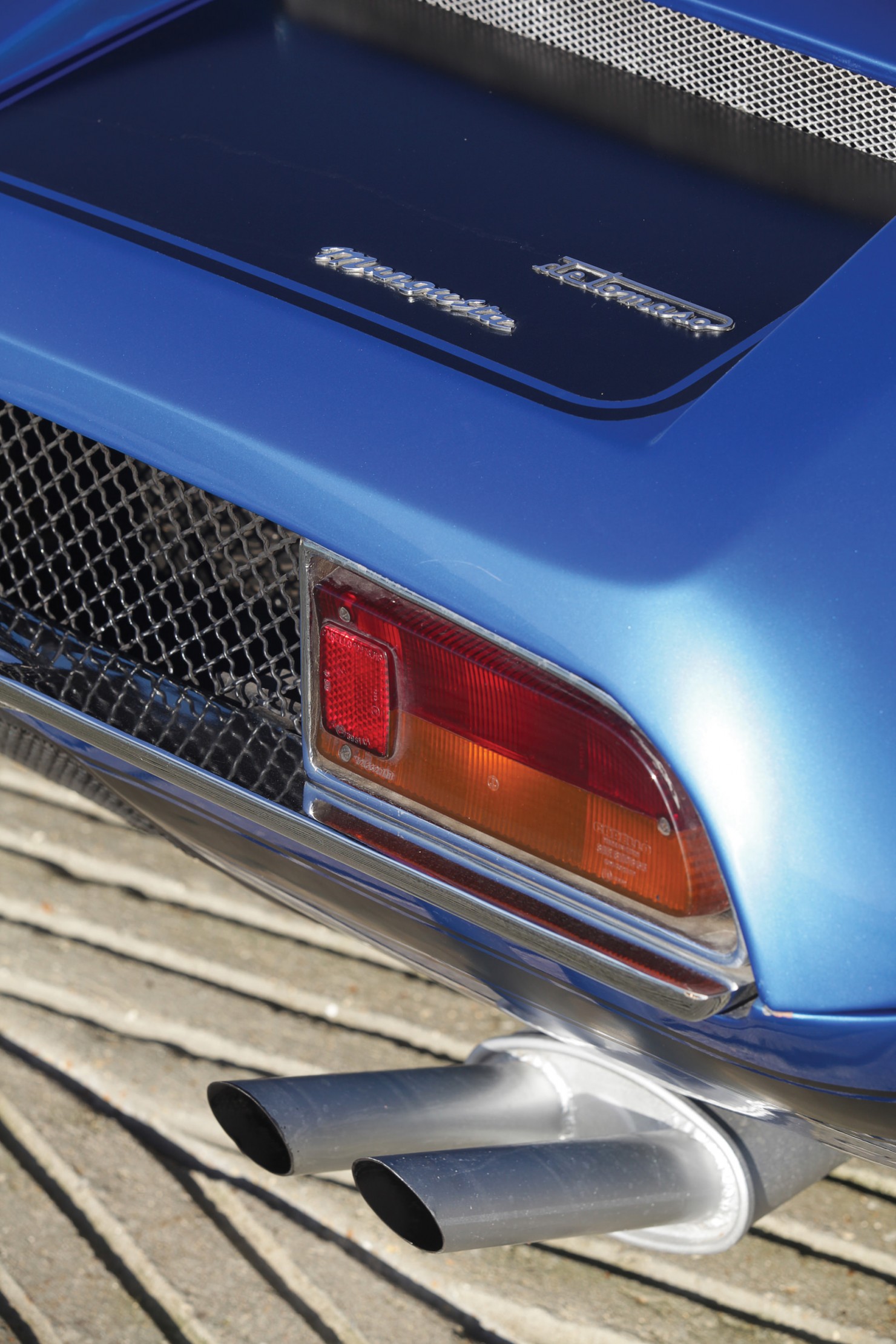 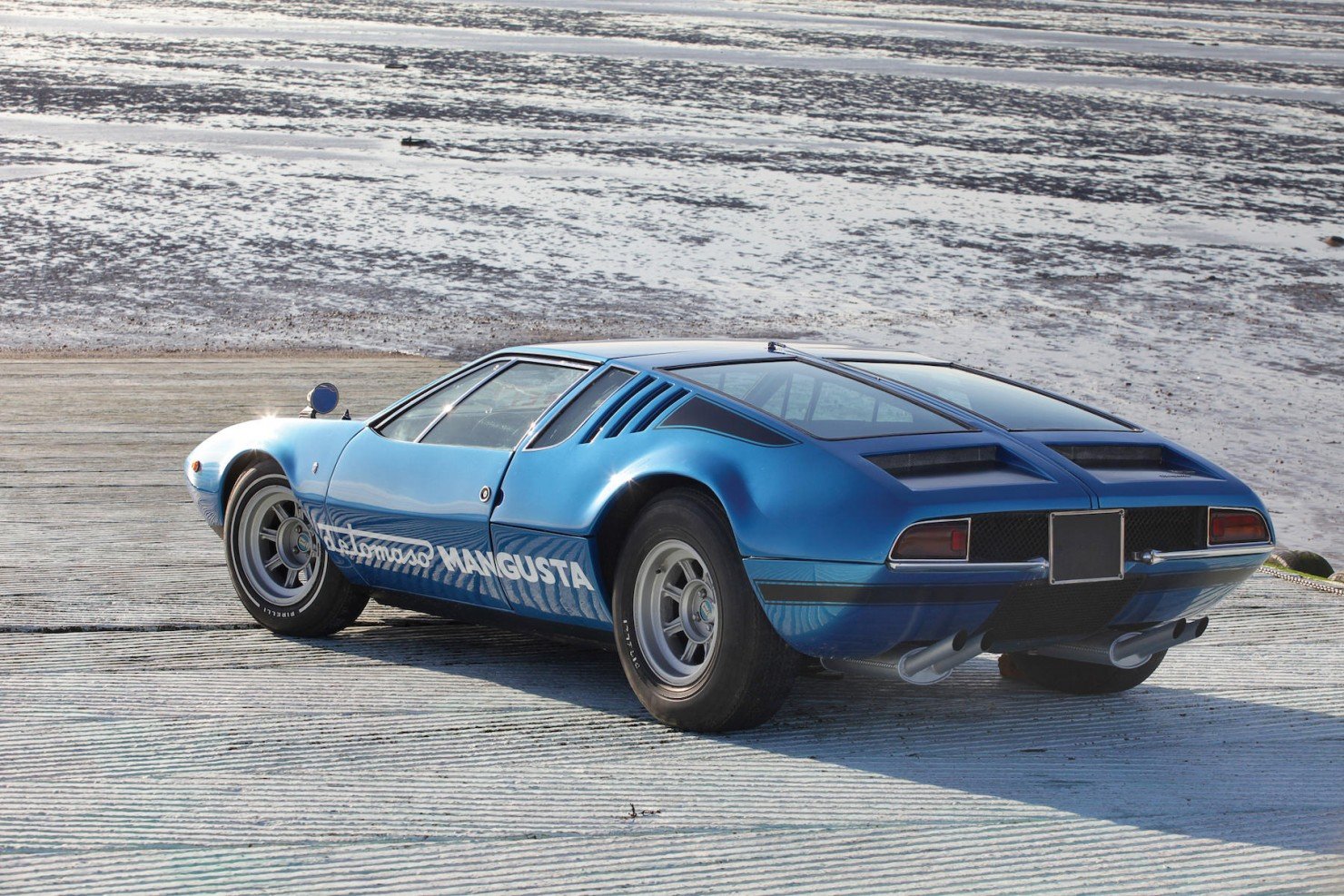 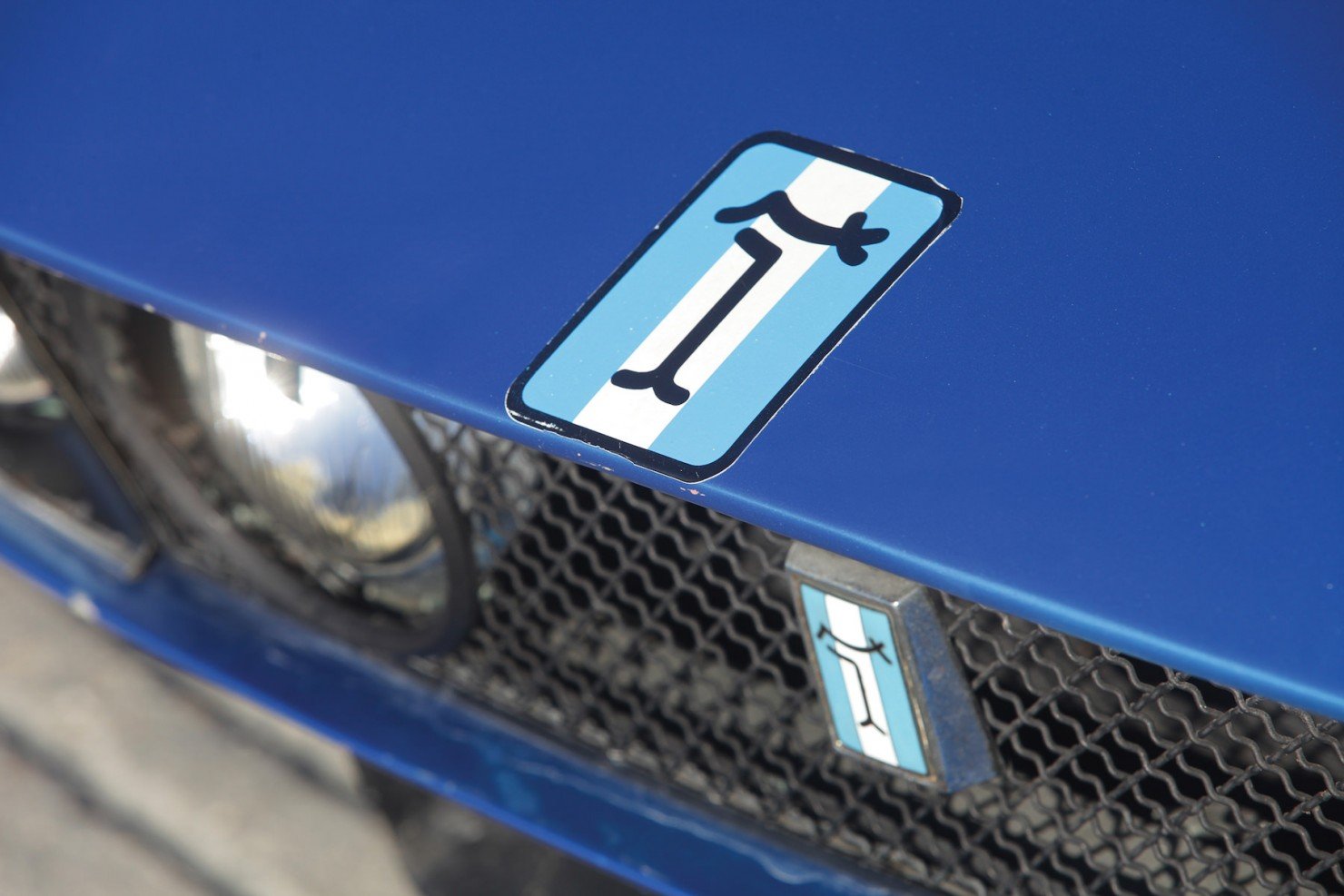 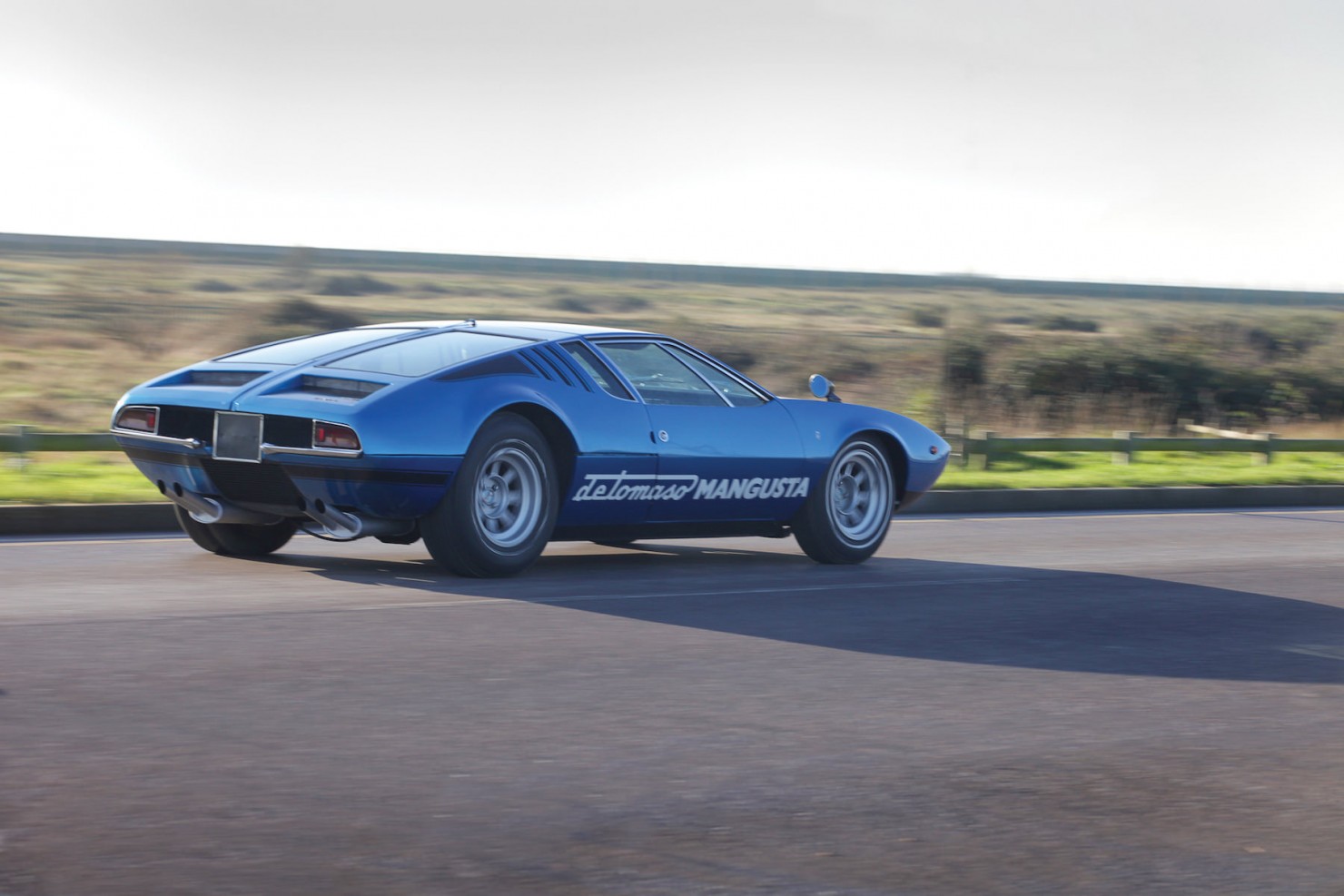 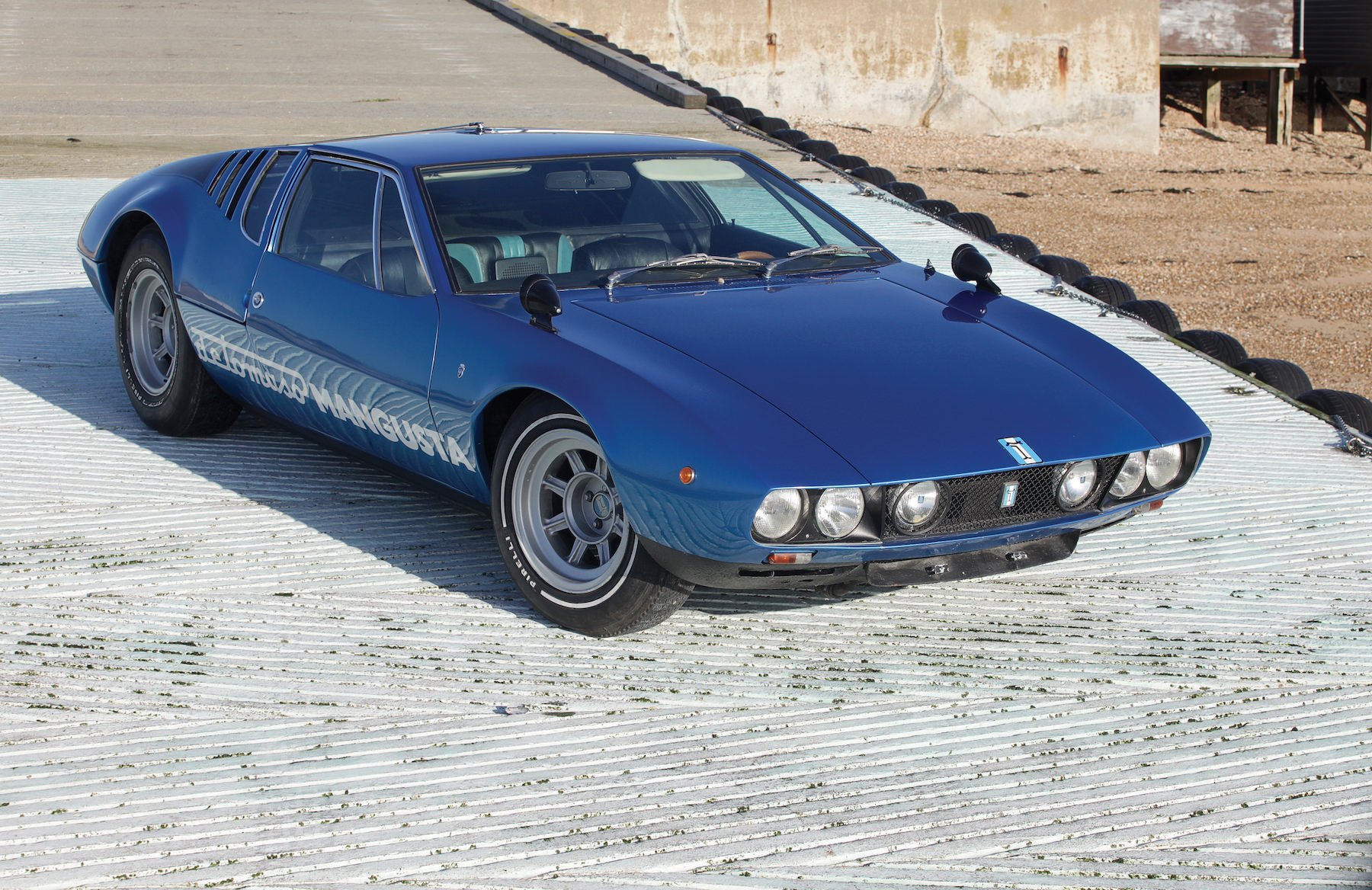 Published by Ben Branch - January 20th 2015
Related Posts
For Sale: A BMW 507 Front End Mounted To A Display Base