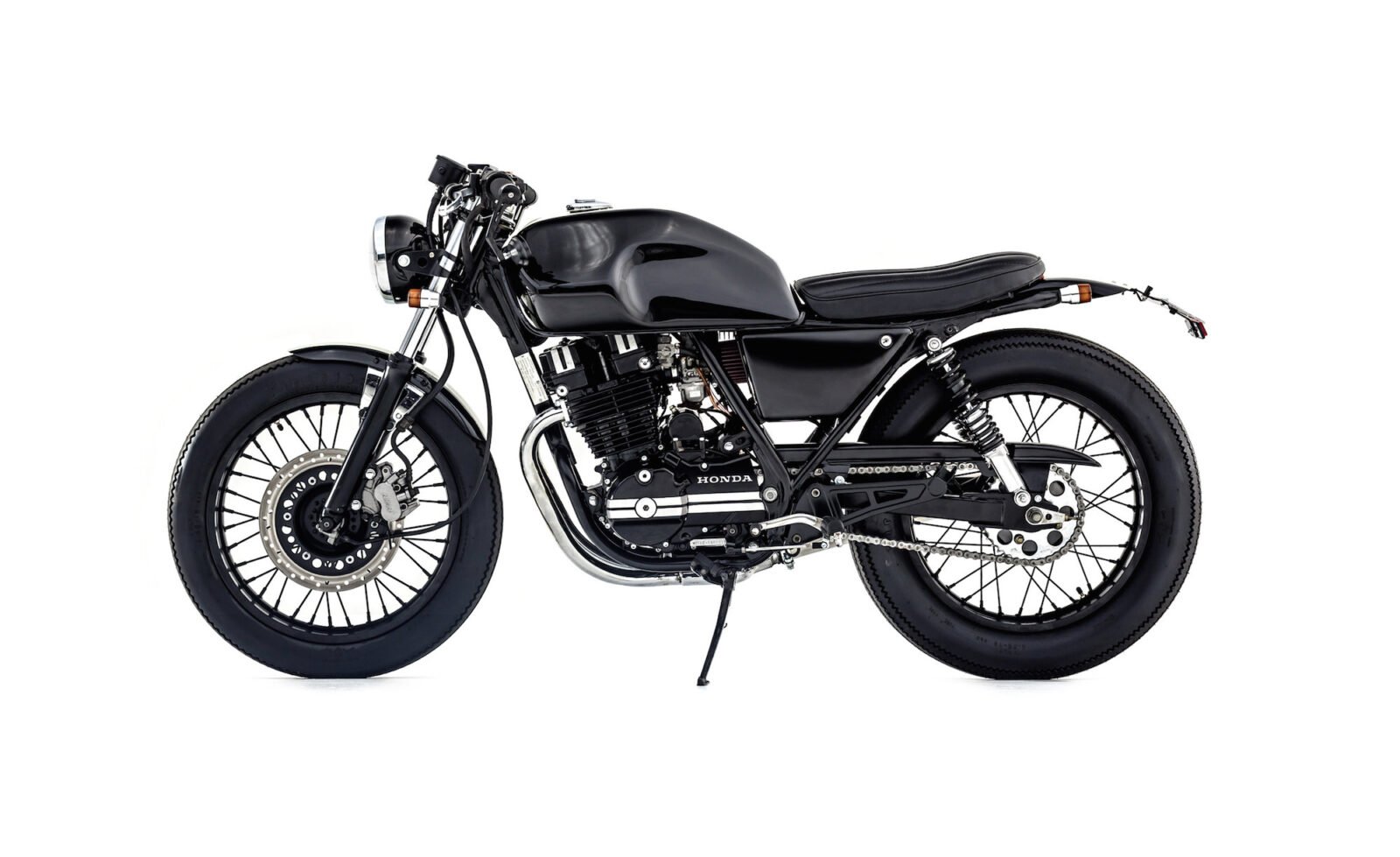 The Honda GB250 is a motorcycle that came about as a derivative of a derivative – but despite this it’s one of the most genuinely fun little motorcycles I’ve ever ridden. The single cylinder 250cc engine in the GB250 started life as a 349cc unit in the early-80s Honda XR350R enduro racer, it was sleeved down to 250cc and fitted with a double overhead camshaft in place of the original single, and then fitted to the new uber modern-looking Honda CBX250.

Some of the traditionalists at Honda felt that the CBX250 could be tweaked slightly to give it a little old school charm, so they set about taking the stock bike and making it into a factory cafe racer – the resulting bike was so universally loved that it was rushed into production with an all new model name – the “GB” referencing Great Britain for its design influences and the “250” for the engine’s capacity.

Due to the fact that the engine was developed for all the brutalities of off-road motorcycle racing it’s actually one of the toughest little mills you’re ever likely to come across – this coupled with the fact that it’s been sleeved down from the original bore-size means that it’s not putting anywhere near the same loads through its moving parts.

The result of this over-engineering is a 250cc engine that redlines at 10,000RPM, produces 31hp and weighs about as much as half a slice of toast.

Sadly, Honda’s GB250 was never officially exported outside of Japan as it was felt that the engine capacity wouldn’t be enough to excite the Americans or Europeans. Fortunately, some have been imported to Britain, Australia and New Zealand where they always end up being the centre of attention at any meet they attend.

The bike you see here was imported to Australia and eventually made its way to Queensland where it was bought by a new rider called Brendan who was looking for something a little less common than the CB250. After buying the bike he took it into the Ellespede workshop for some minor repairs and as is so often the case, the project around the popular little GB250 took on a life of its own.

An engine rebuild kit was bought from Japan and once it was all sorted the engine was painted black along with almost all of the rest of the bike. A new, lower-profile seat was fitted, a stainless steel reverse cone muffler was fitted to the polished standard header pipes and the rear end of the bike was tidied up with a new LED tail light and a bespoke license plate mount.

A slew of other minor upgrades were fitted to the bike, resulting in a GB250 that looks and rides better than it did when it was brand new. It’s now settled into its new life in Brisbane along with its sibling customs from Ellaspede – if you’d like to see them all you can click here and if you’d like to visit Ellaspede’s homepage you can click here. 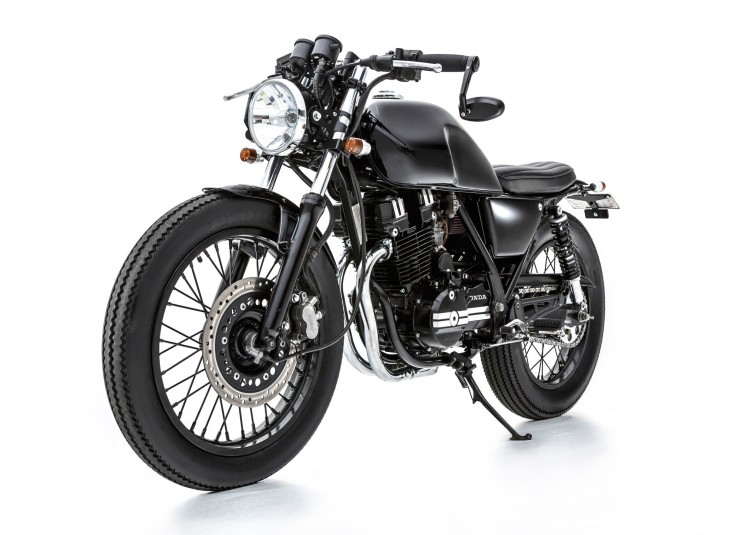 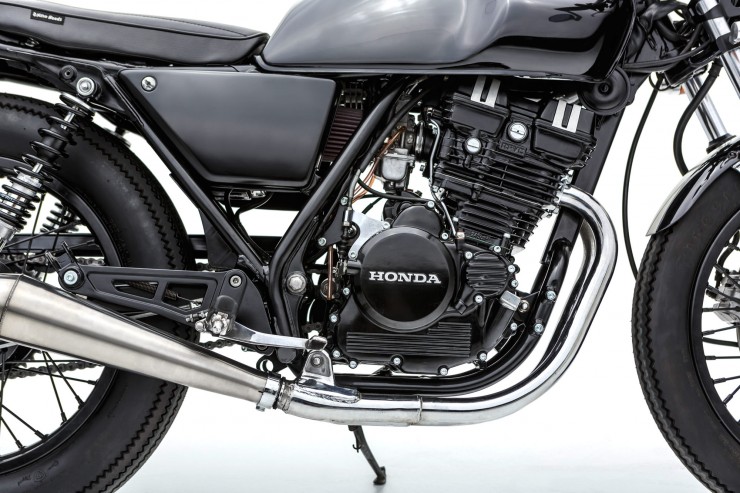 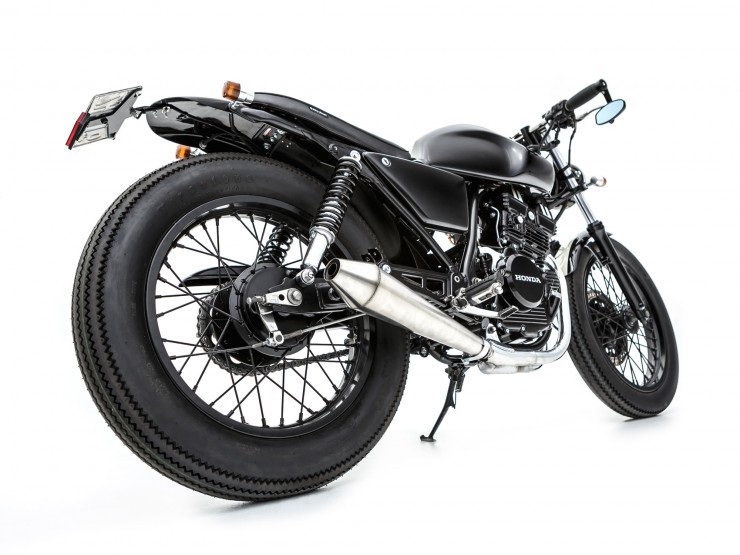 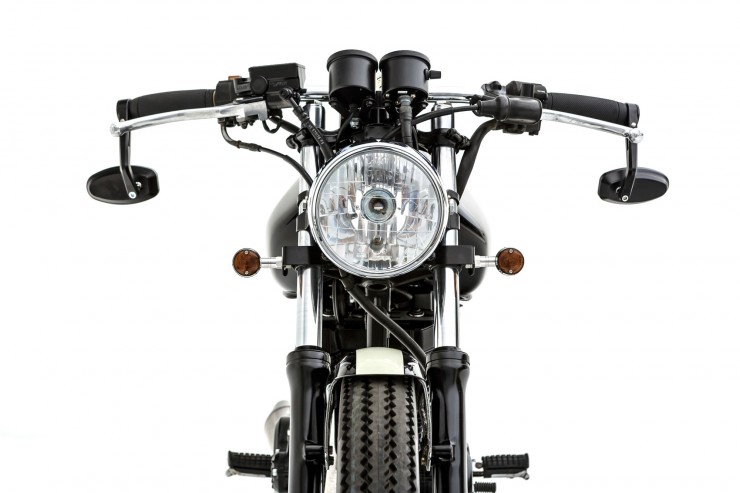 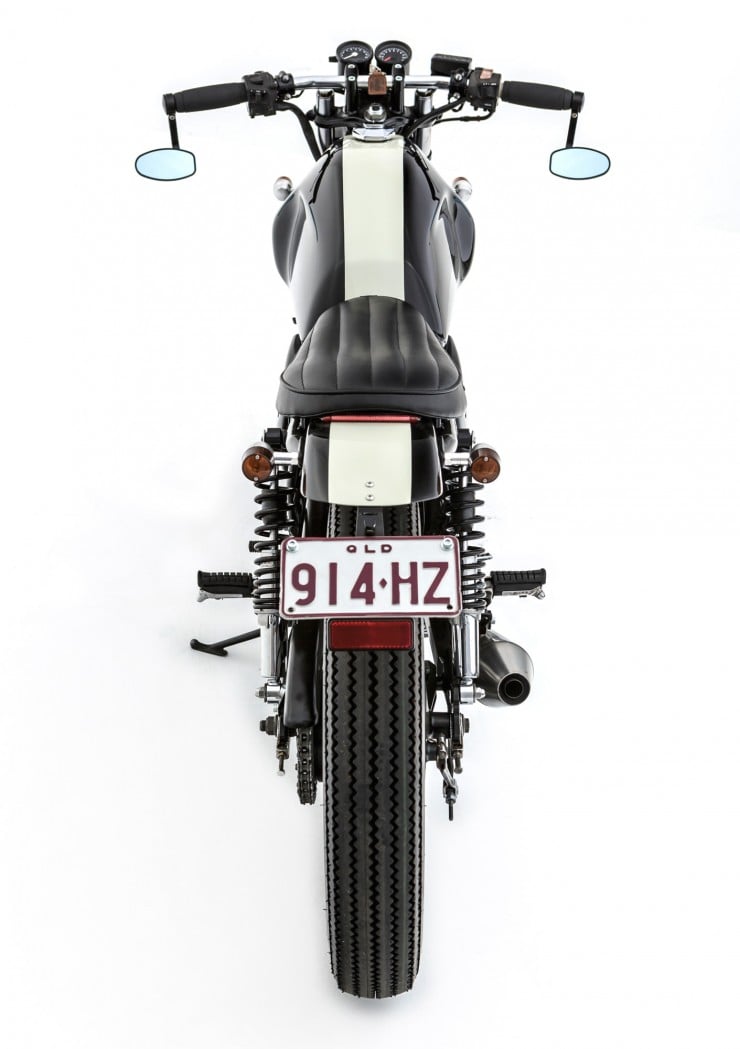 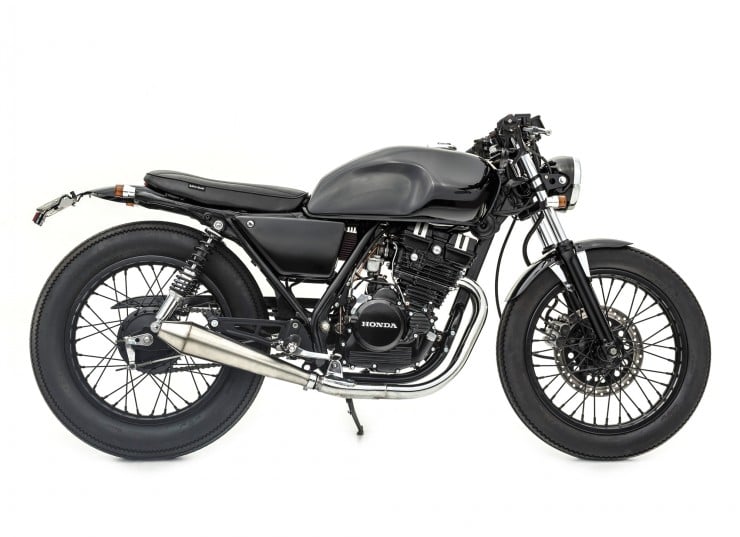 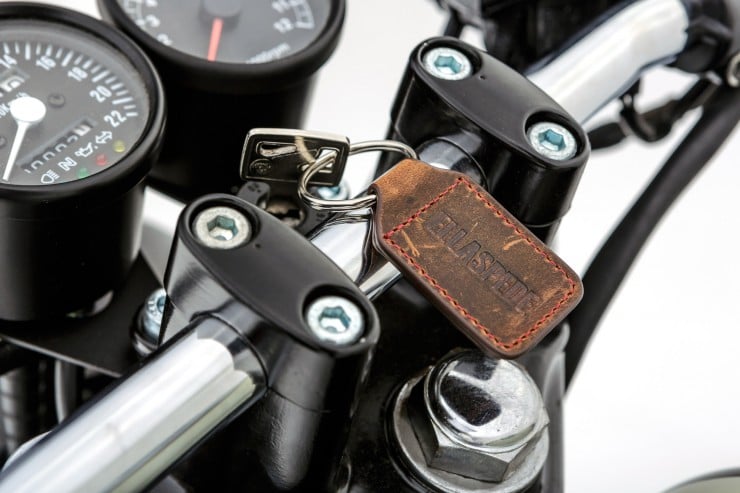 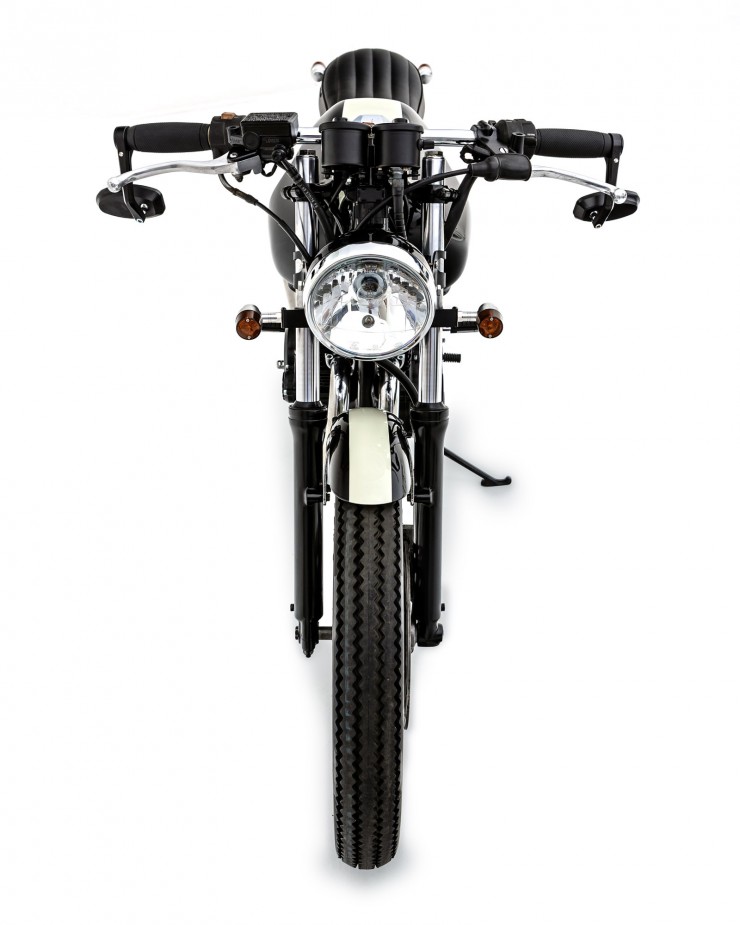 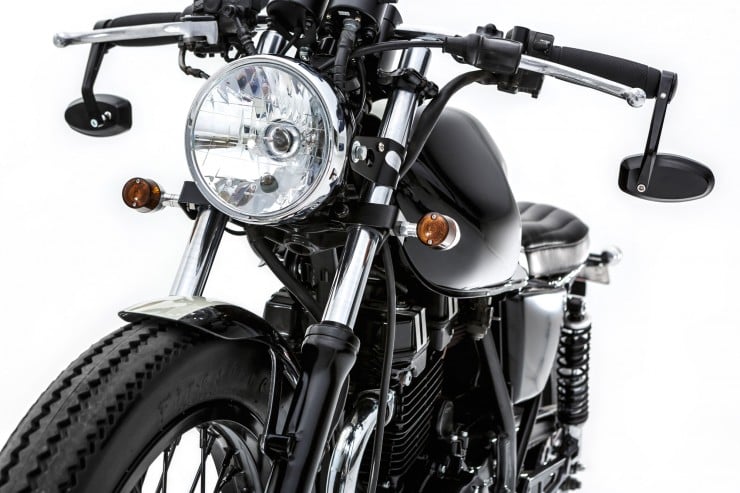 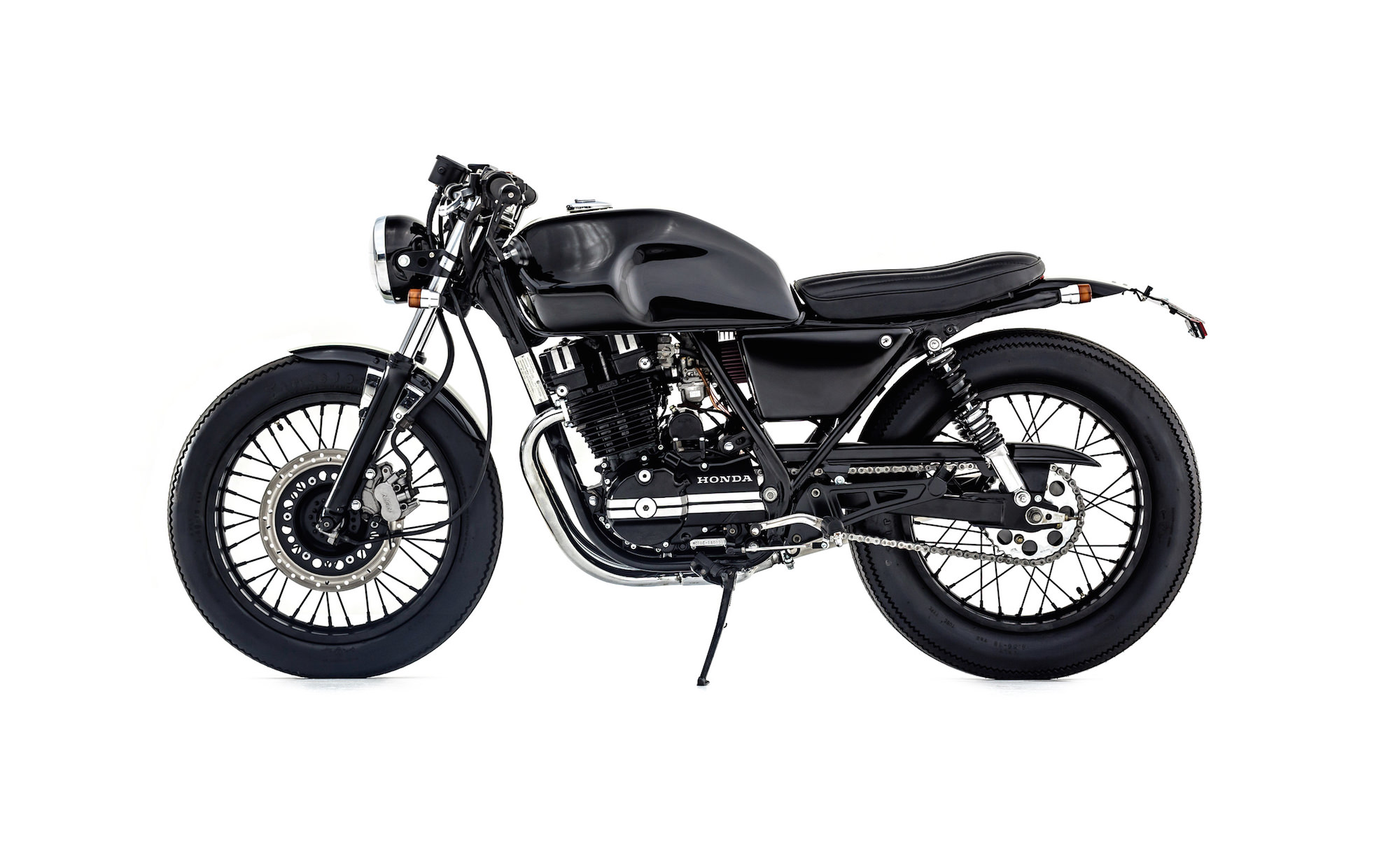 Published by Ben Branch - January 21st 2015
Related Posts
A 1968 Fuji Go-Devil: The Folding Motorcycle That Fits In A Suitcase