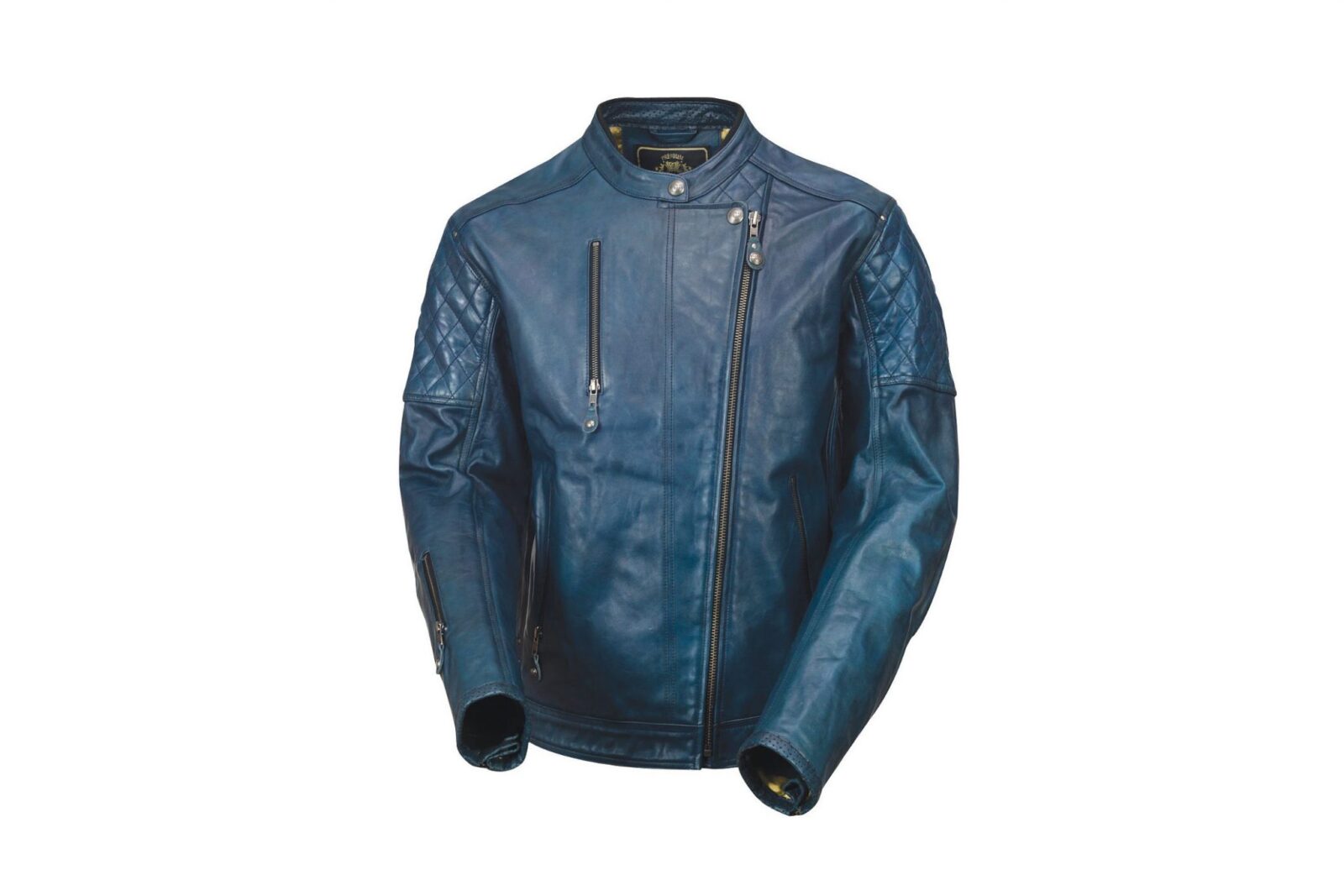 The Roland Sands Clash Blue Steel LE jacket is a new take on the design that was launched last year – the Californian company have been introducing a new Blue Steel variant of their major jackets and I have to say, it looks better than I would have thought a blue jacket would.

Each Roland Sands Clash jacket has a modern rocker style with quilted patches at the lower back and shoulders, a shorty snap collar, an offset front zipper, and a dropped back. RSD use hand finished, washed and oiled/waxed top grain cowhide (+/- 1.1mm thickness) in their jackets, and this one also has armor ready shoulder, elbow and back protector pockets, perforated leather interior trims, and a soft lined electronics security pocket. 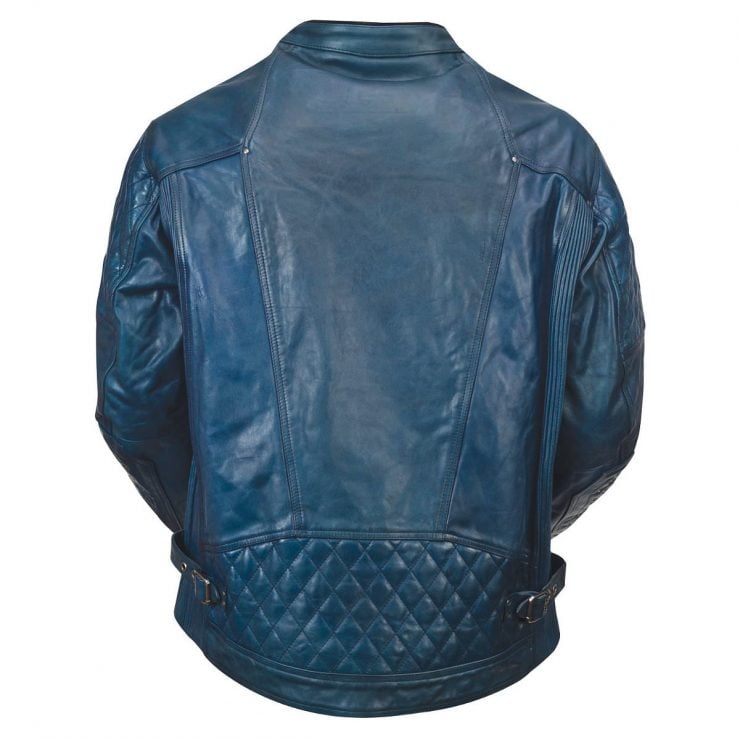 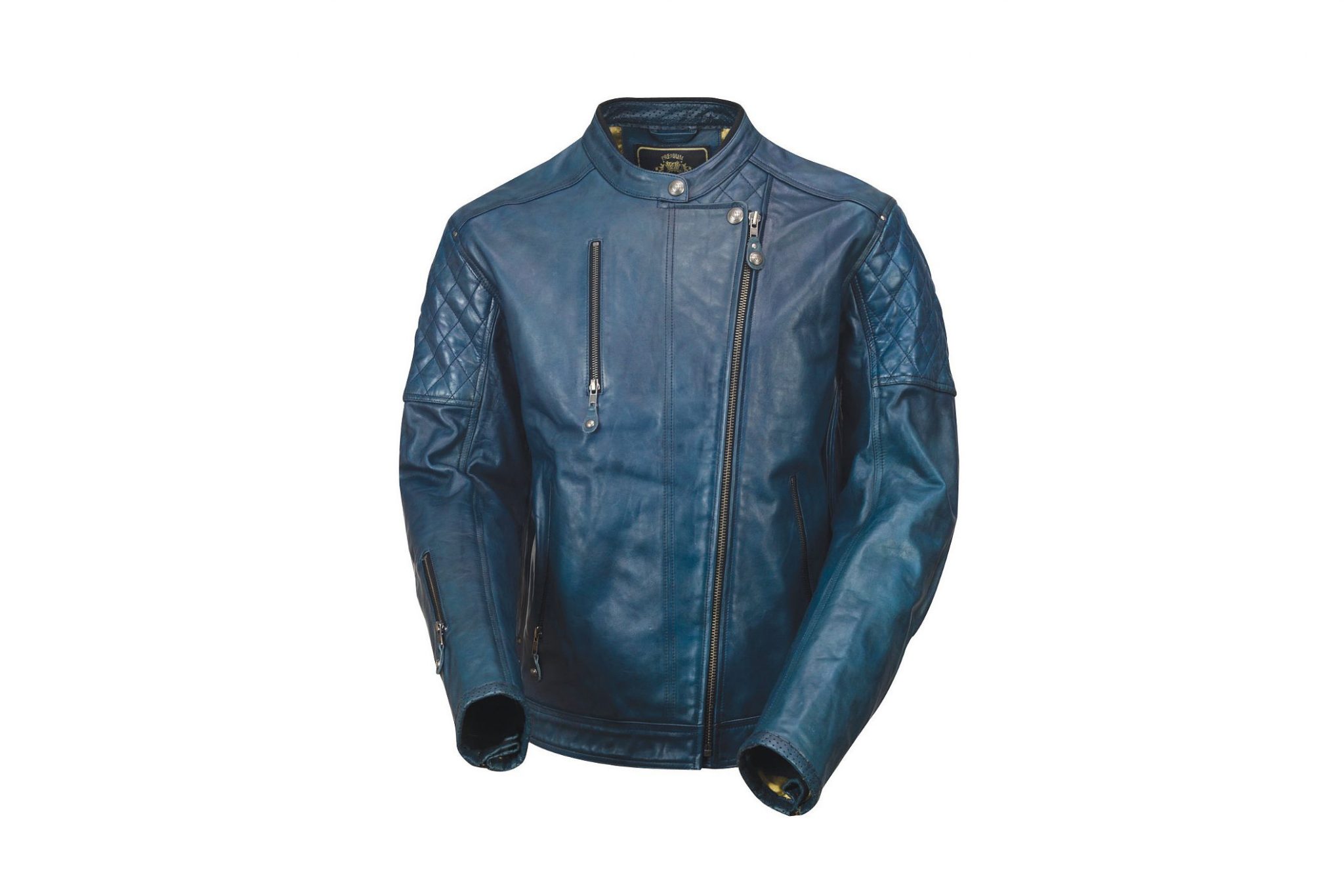