The Human Fly Challenges The Skies Of Mojave

The Human Fly Challenges The Skies Of Mojave is a short documentary from 1975 showcasing the world’s first real life superhero – Rick Rojatt. Rojatt was a Canadian stuntman and sausage maker who became second only to Evel Knievel throughout the 1970s for worldwide fame and notoriety as a stuntman and daredevil.

The first attempt at riding atop a four engine airliner had resulted in The Human Fly nearly dying when they encountered a heavy rainstorm at 230 mph – Rick was only wearing a thin leather suit and the raindrops caused severe bruising that left him recuperating for weeks afterwards. I won’t spoil this film, but suffice to say Rick takes to the skies once again to set a new speed record of 300 mph. 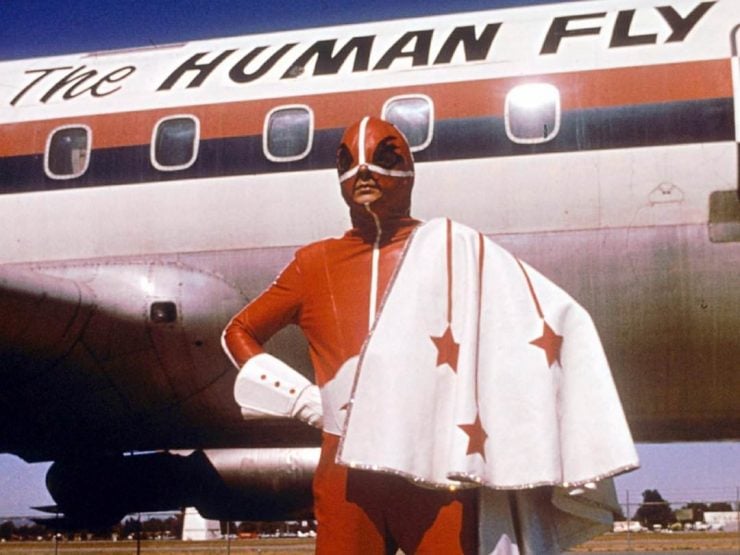 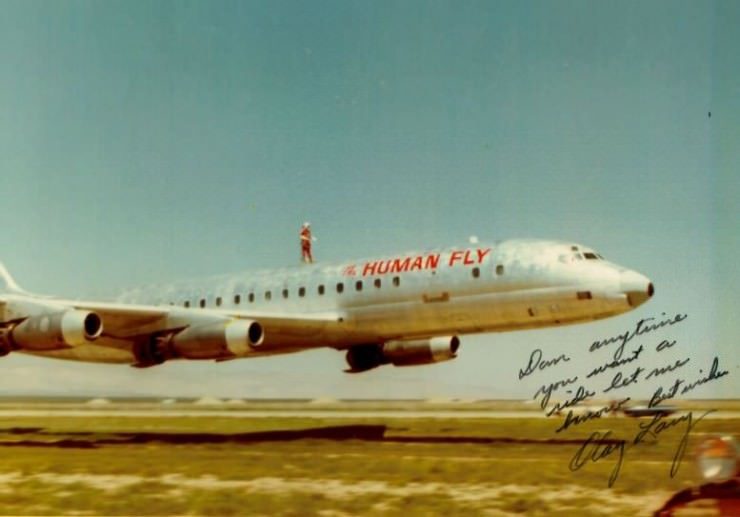 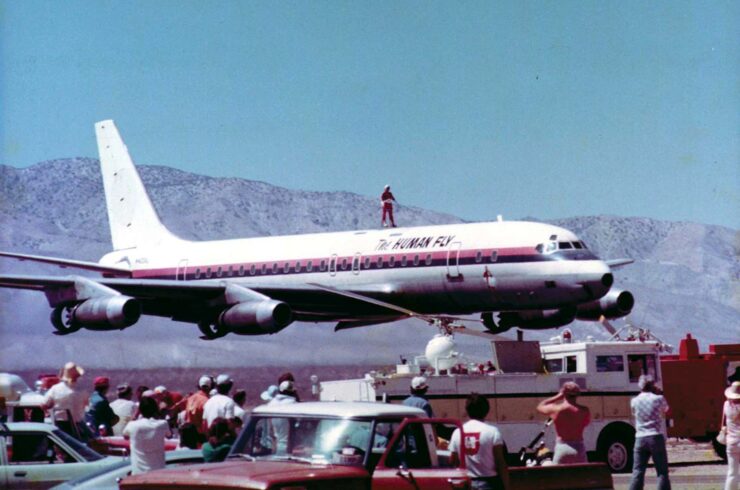 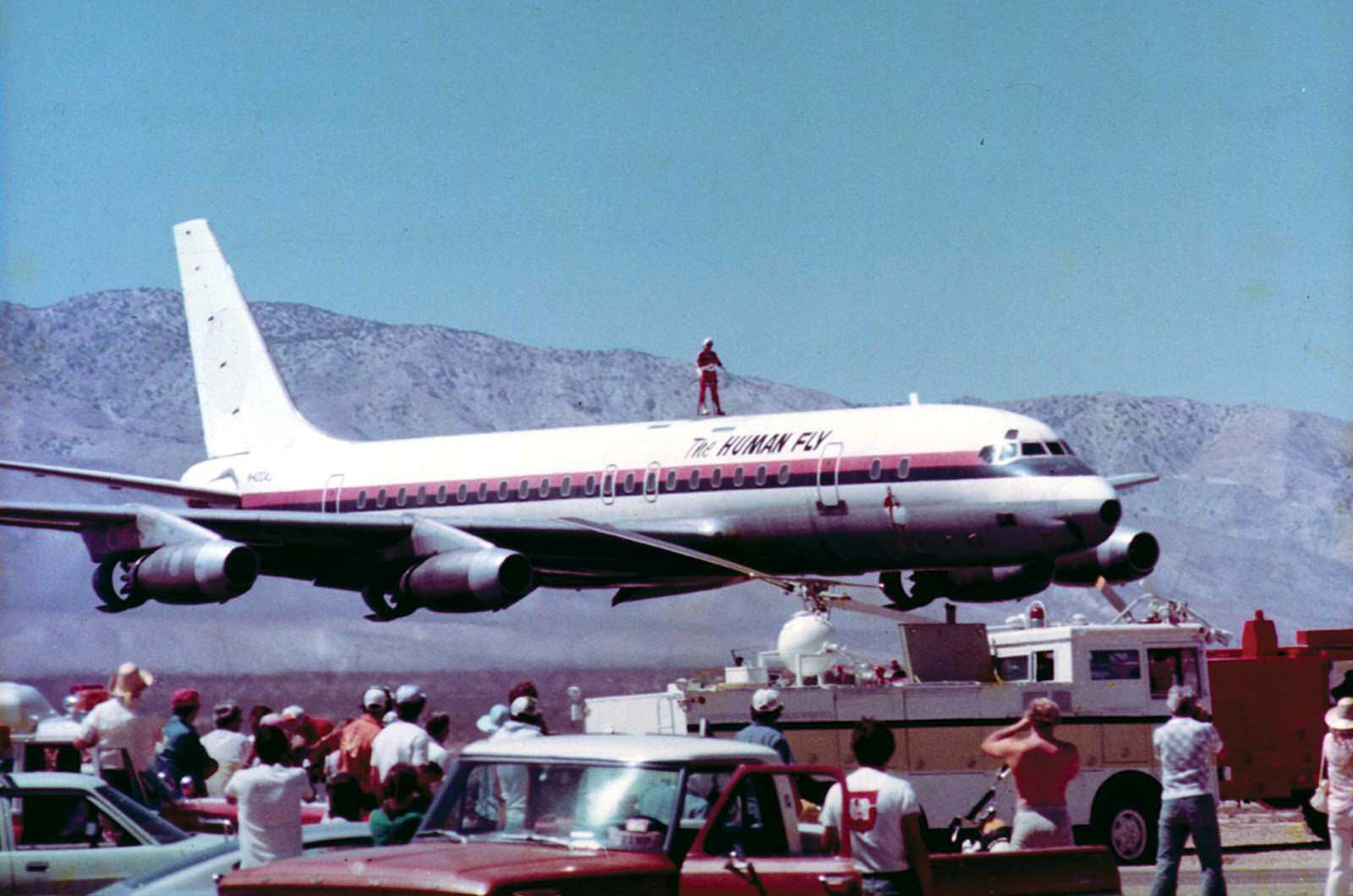