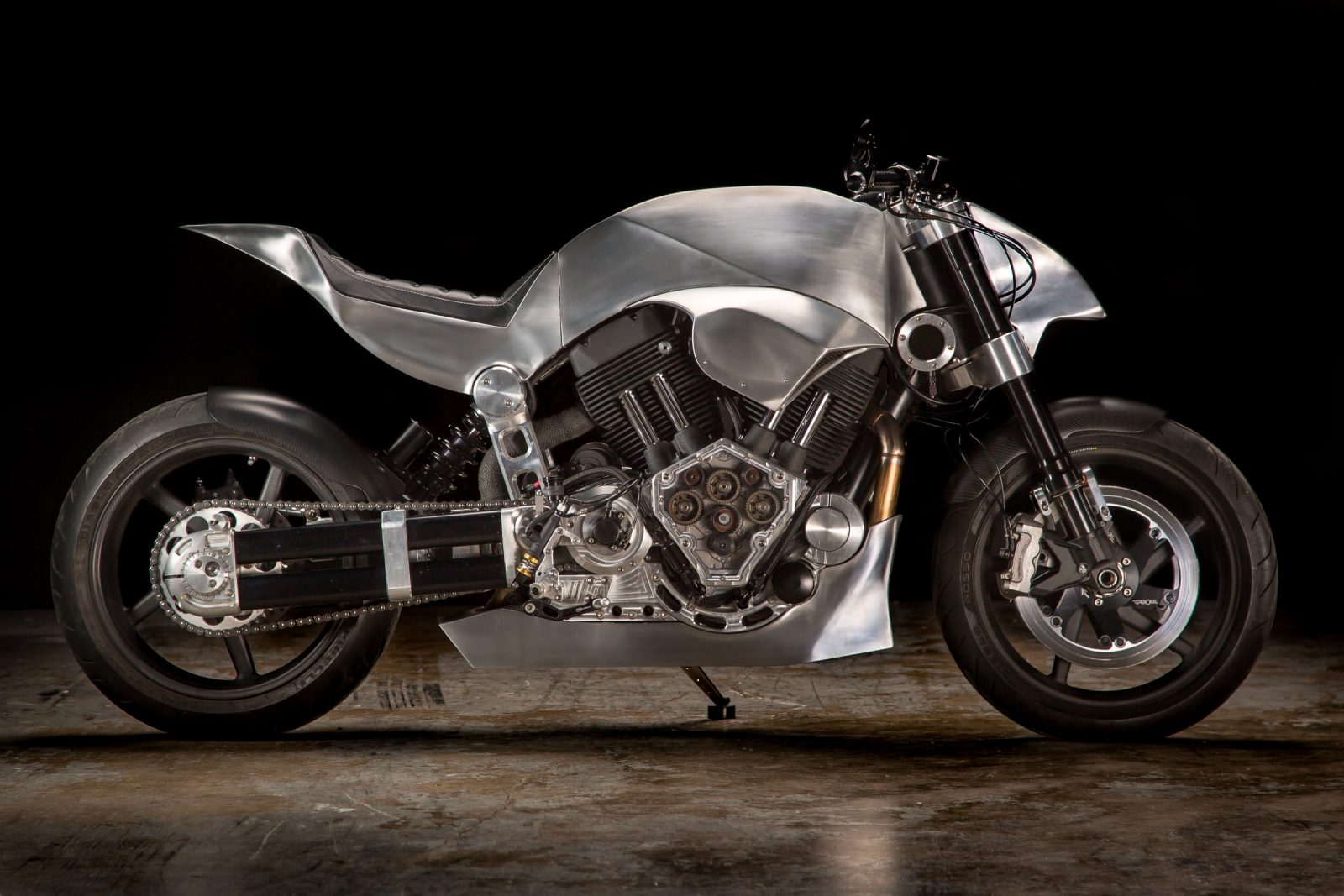 The Confederate Hellcat is a thoroughly American motorcycle with more technology and engineering built into it than its air-cooled V-twin would lead you to believe. Confederate Motors is a small company that produces far fewer motorcycles than any major manufacturer, however they punch well above their weight – and they count men like Brad Pitt and Tom Cruise amongst their clientele.

Originally based in Baton Rouge, the first Confederate premises were destroyed during Hurricane Katrina. The company moved to Birmingham, Alabama in 2006 and resumed production shortly thereafter. The three most famous Confederate motorcycles are the Hellcat, the Fighter, and the Wraith – typically only a few dozen bikes are built by hand each year and not surprisingly they have price tags that match their bespoke construction and engineering.

The Hellcat is fitted with an X132 Copperhead 56° V-twin with a 2163cc capacity, a one-piece forged crankshaft, 150 ft lbs of torque and 132 bhp. The front end sits on 50mm Marzocchi RAC forks and rear uses a custom Race Tech monoshock, brakes are twin Beringer 4-piston discs up front, with a single Brembo Monoblock on the back.

Perhaps the most interesting part of the Hellcat is its frame, 3″ 120 wall steel backbone, with a 3″ 120 wall steel downtube – all of which is TIG welded together by hand. The backbone frame makes use of the X132 Copperhead V-twin as a stressed member, helping to keep the bike’s weight down to 226 kilograms despite the large chunk of iron sitting between the wheels. 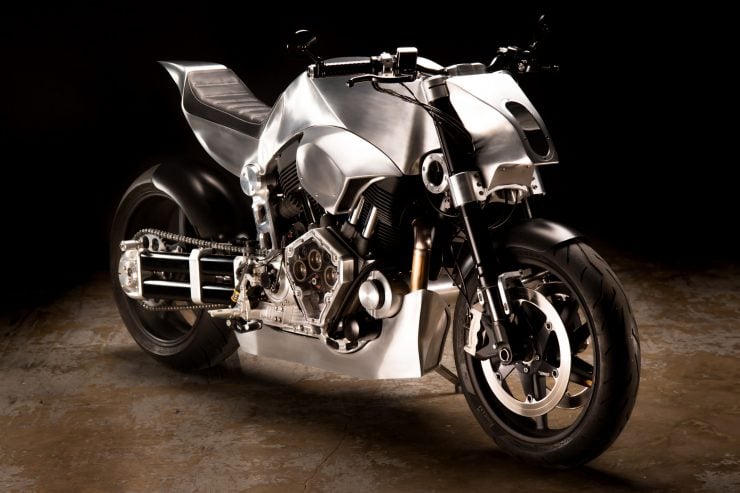 An Accident, an end, and a Revival

Due to the cost and rarity of the Hellcat, very few (if any) have been rolled into custom motorcycle workshops for a rebuild. When the owner of the bike you see here had an unfortunate mishap that resulted in damage to the original bike, he decided to use it as an opportunity to take the bike in a new direction.

The task of rebuilding and customising the Hellcat was assigned to the talented team at Revival Cycles based out of Austin, Texas. There aren’t too many custom motorcycle garages capable of taking on a job like this – but Revival is certainly one of them.

Once the Hellcat arrived at Revival, the team began taking it down to its major components. Alan, the founder of the company, sketched out a series of ideas and concepts, and created a number of cardboard bucks and taped line drawings. The whole team had input on the project before a final design was sealed

Revival Cycles are well-known for their incredible metal-shaping abilities, and it’s been a significant feature of many previous builds. This one would be no different. It was decided to give the Hellcat a new hand-formed alloy fuel tank – sculpted to fit the backbone frame perfectly. A new CNC-machined subframe was then made that evoked the style of the original, but with a more organic shape and a raised seat height.

A hand-formed alloy tail piece was then made to sit over the new sub-frame, and hide the battery and electrical control systems. A bespoke black leather seat was stitched up and fitted, before attention turned to making the new panels to cover the left and right sides of the engine – to cover the oil cooler and air-filter respectively.

A new alloy headlight assembly was then made to cover the new xenon projector headlight (sourced from an Audi S8), and the original clip-ons were removed and replaced with a slight higher set of handlebars, which when combined with the new seat geometry, gives the rider a more upright and comfortable riding position.

The completed bike is a worthy reinterpretation of the original Hellcat, and I dare say the team at Confederate will like it too. If you’d like to see more of Revival’s creations you can click here to visit their website. 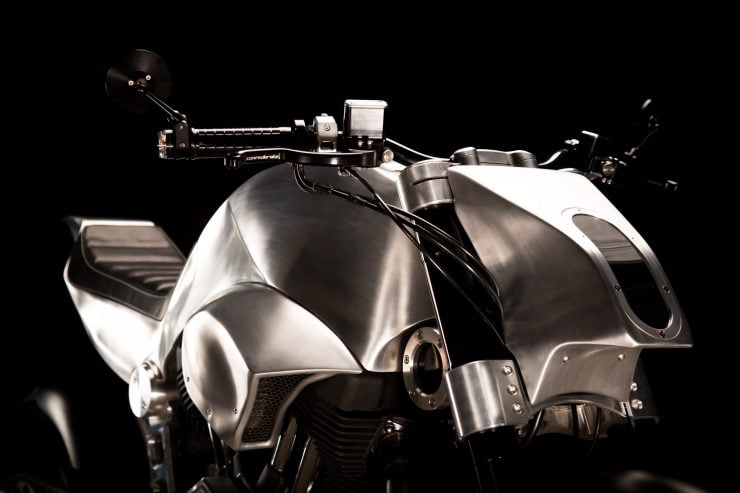 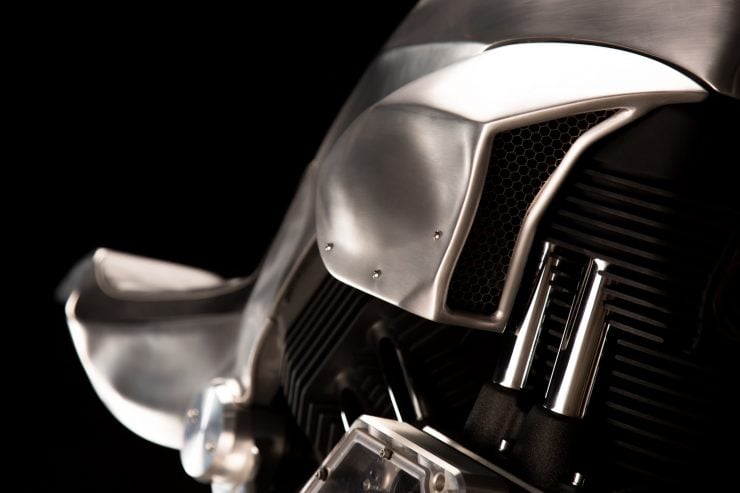 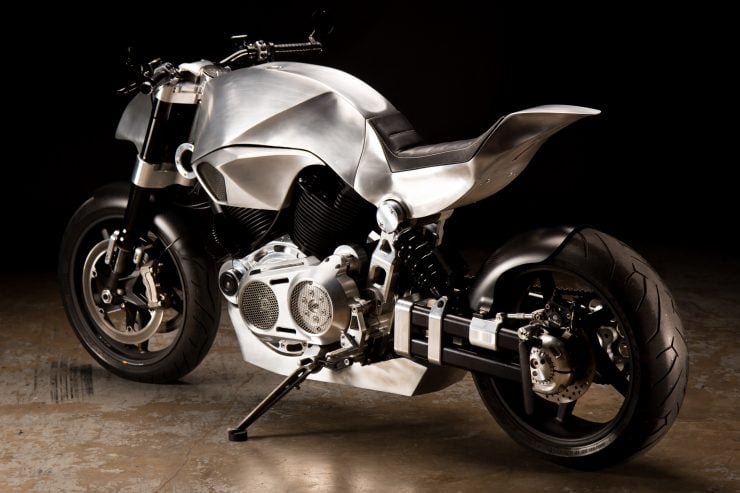 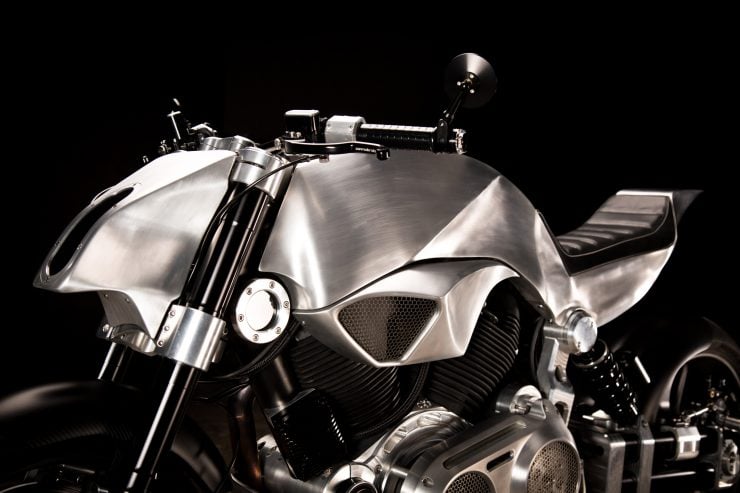 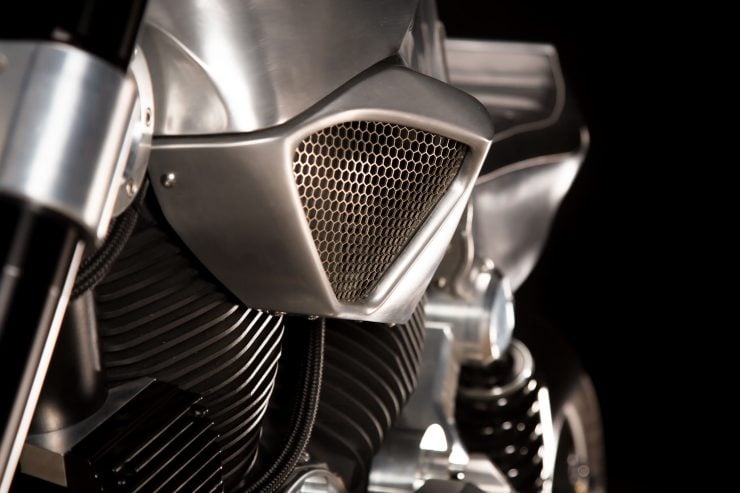 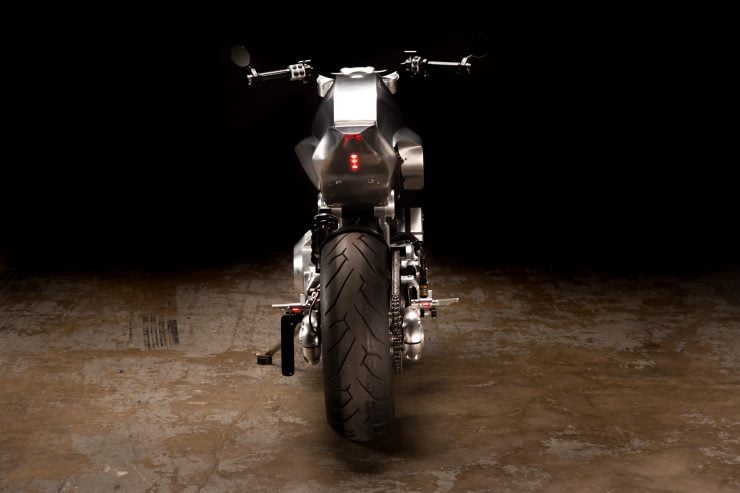 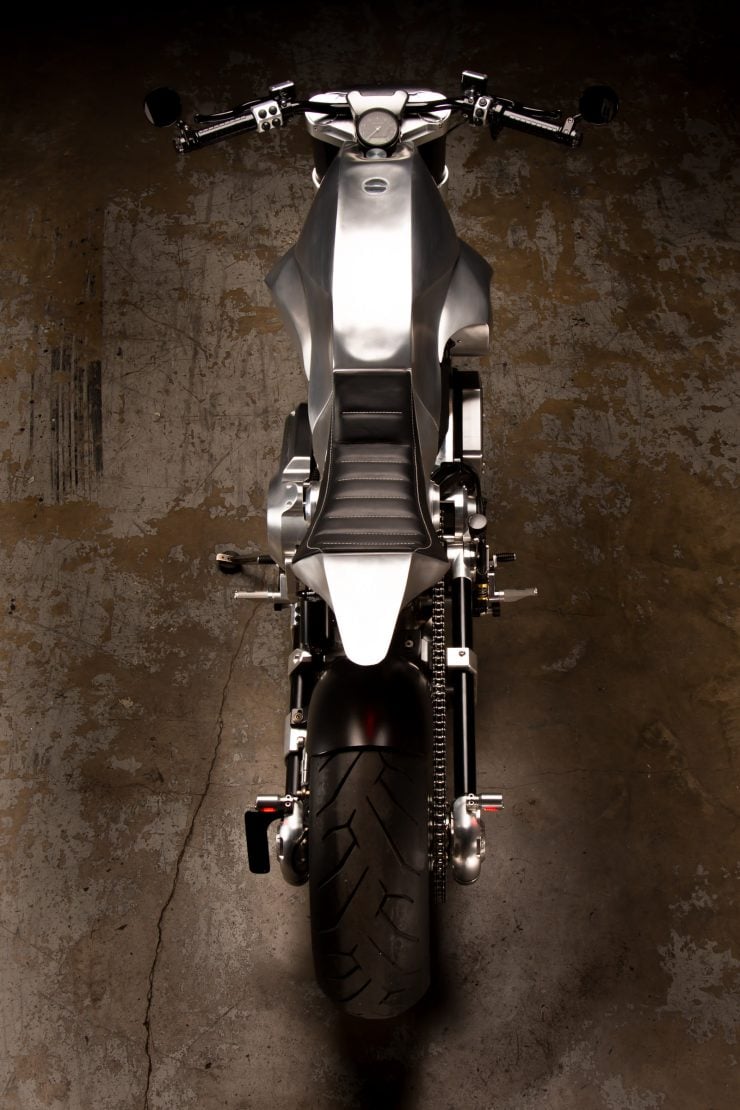 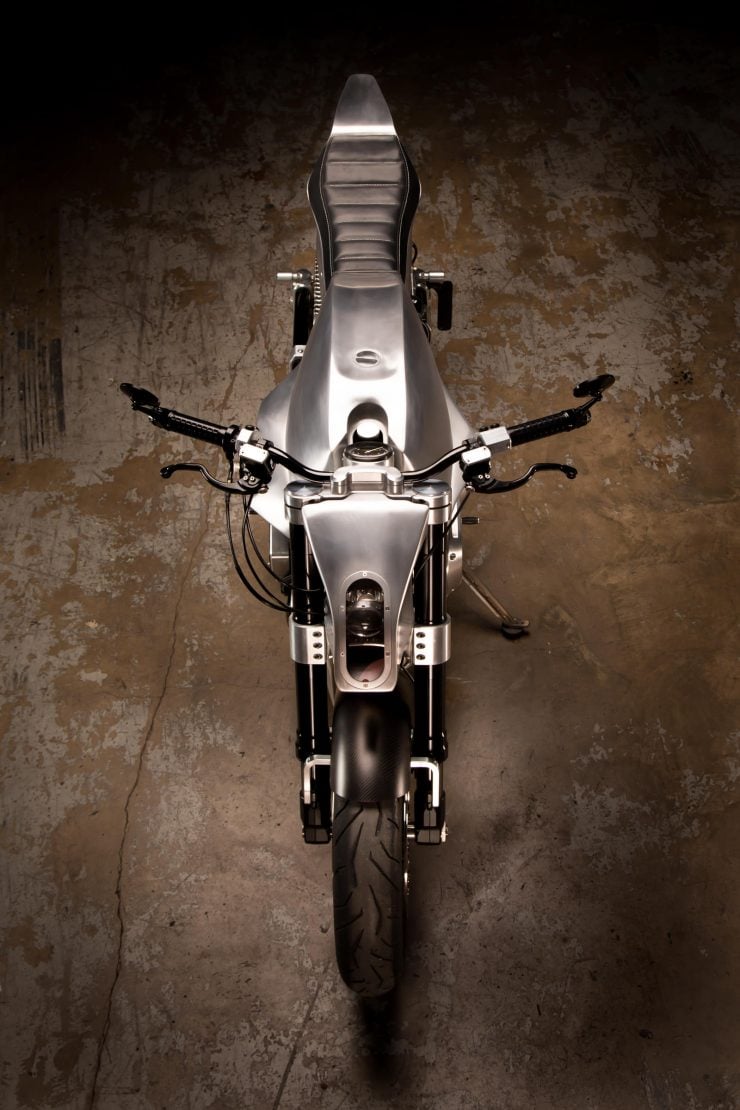 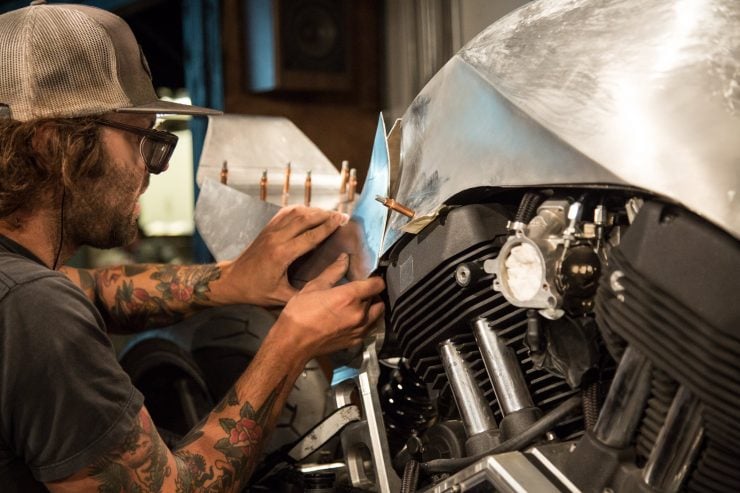 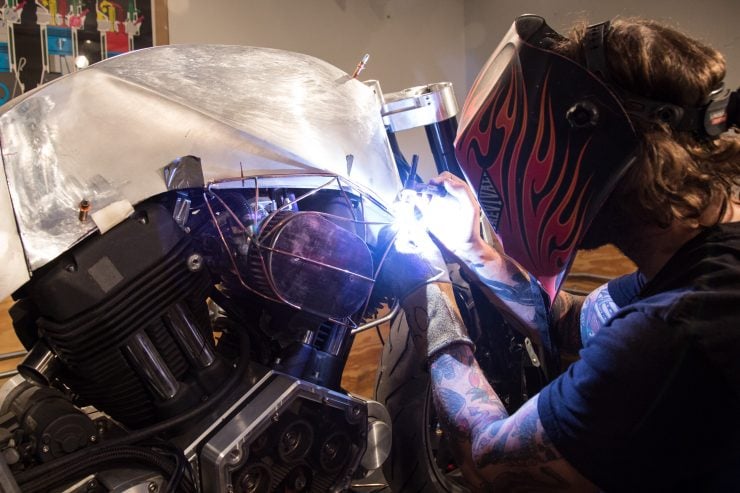 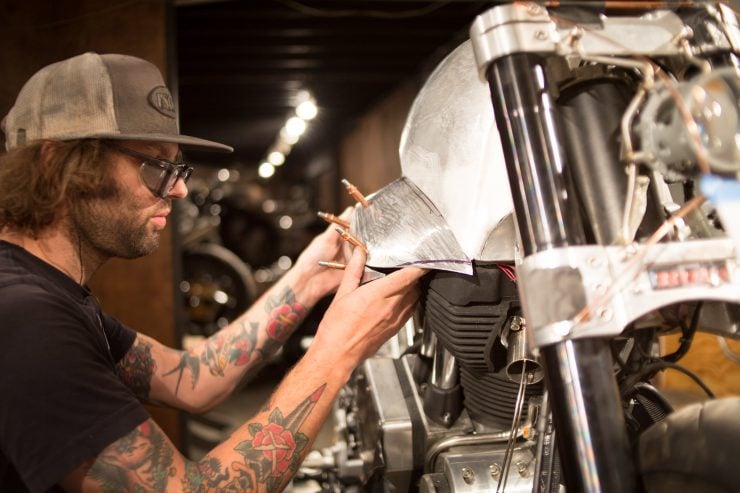 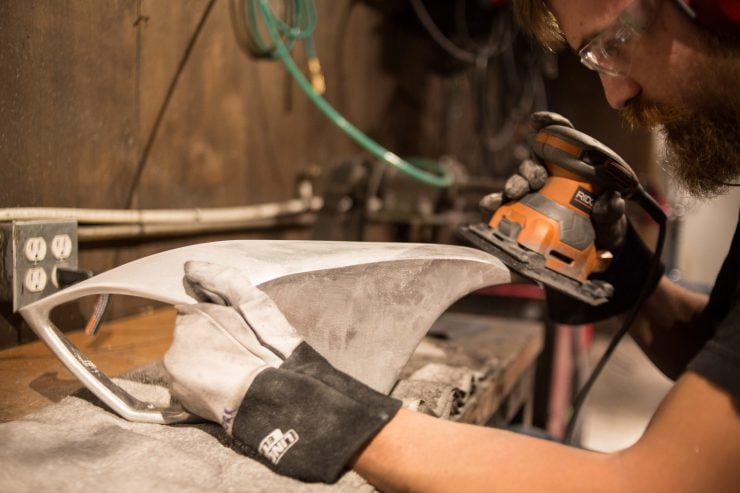 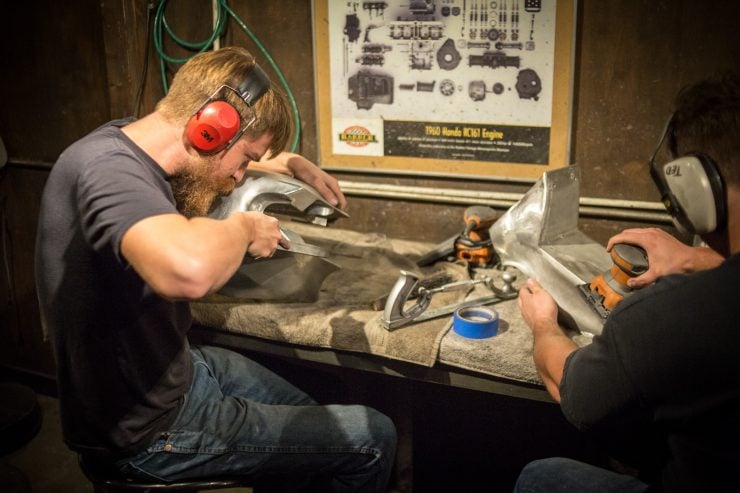 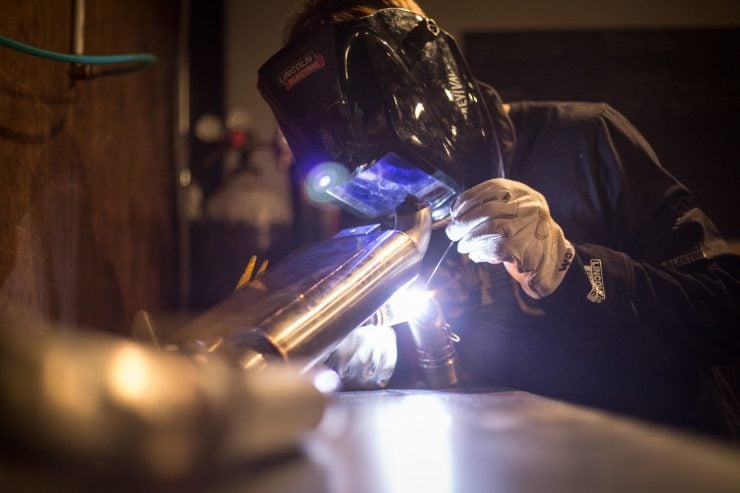 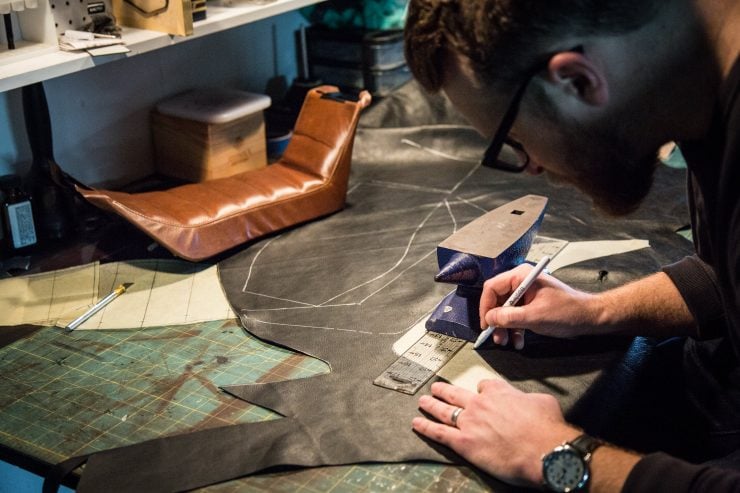 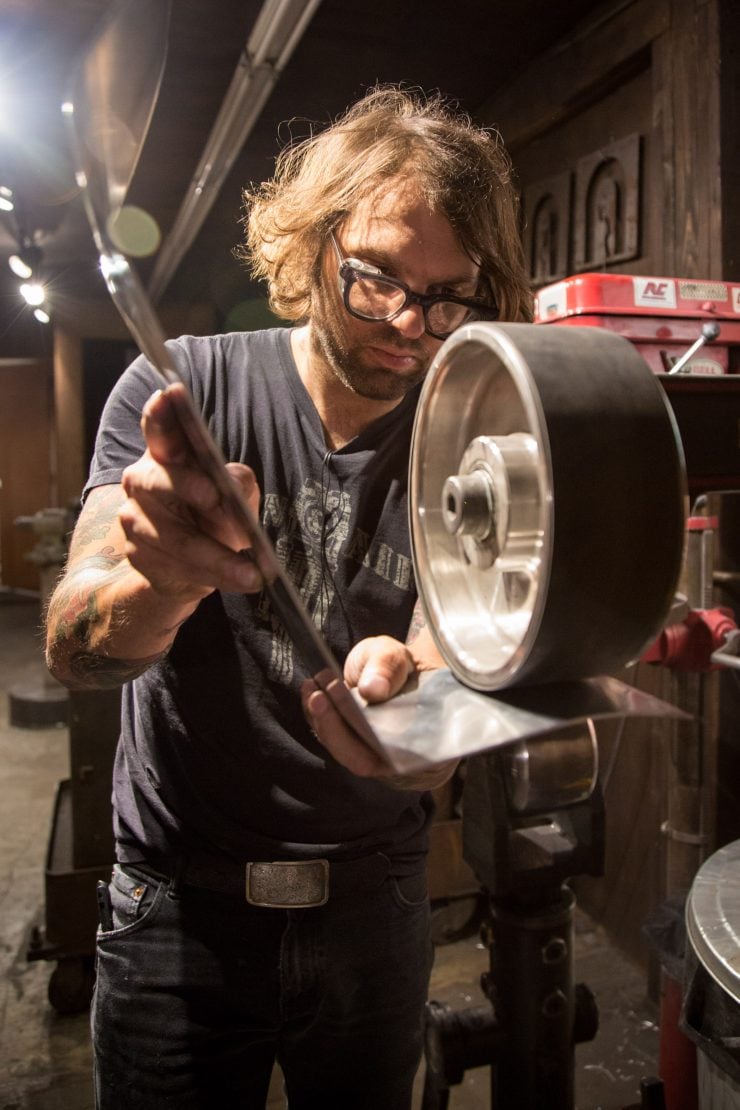 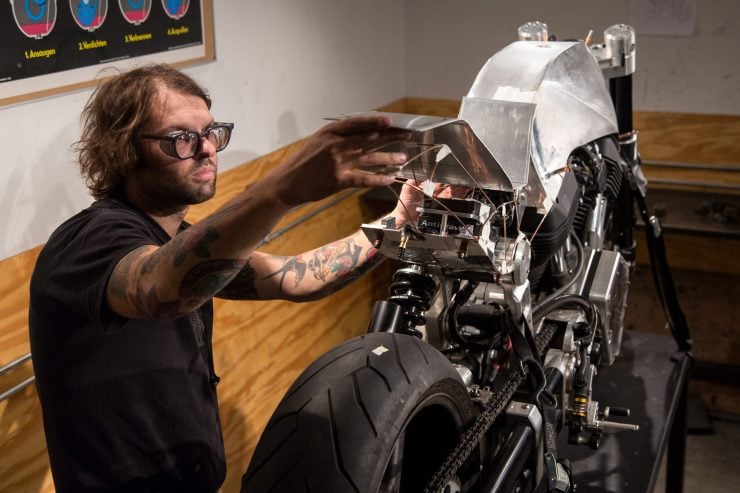 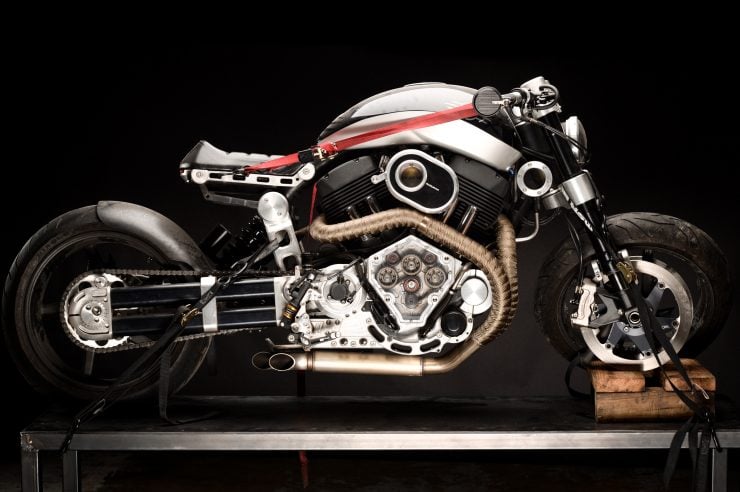