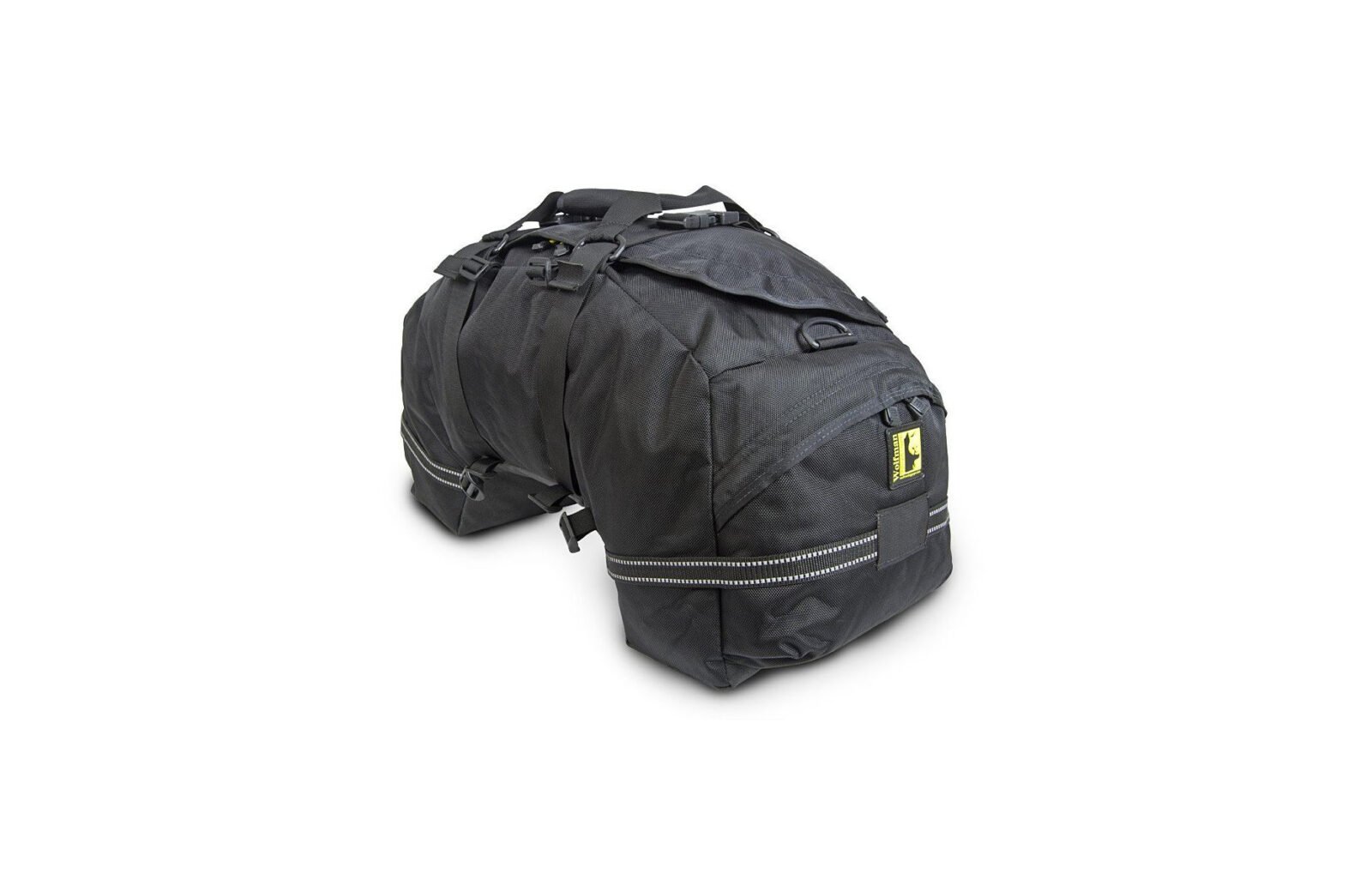 The new Wolfman Beta Plus Rear Bag is designed for motorcyclists who want to travel, but don’t have built in panniers on their bike. It offers a huge amount of storage without needing any bolt-on support structures, it can also be unclipped easily and taken into your hotel room or tent if you’re concerned about safety or weather.

Wolfman have designed the bag to mount to almost any motorcycle using nothing more than three quick release straps – one around the rear of the bike, and two on each side to the subframe or passenger peg mounts.

The top access zipper is cresent-shaped and allows full access to the contents. There are twin side pockets for frequently used items as well as a carry handle, duffel mounts, and four external compression straps.

Each bag is made from 1680 denier ballistic vinyl with a non-scratch, non-skid bottom surface, 1.5″ webbing compression straps, a heavy-duty #10 YKK zipper main opening, and each is made in the USA.

The cost of equipping a motorcycle with a full three-piece set of pannier luggage can be cost-prohibitive for many riders – especially if you only need the luggage space occasionally. And the new Wolfman bag has the significant benefit of being easily removable – to the point you could pack it, fly to another country, rent a motorcycle, strap it to the back, and set off on an adventure. 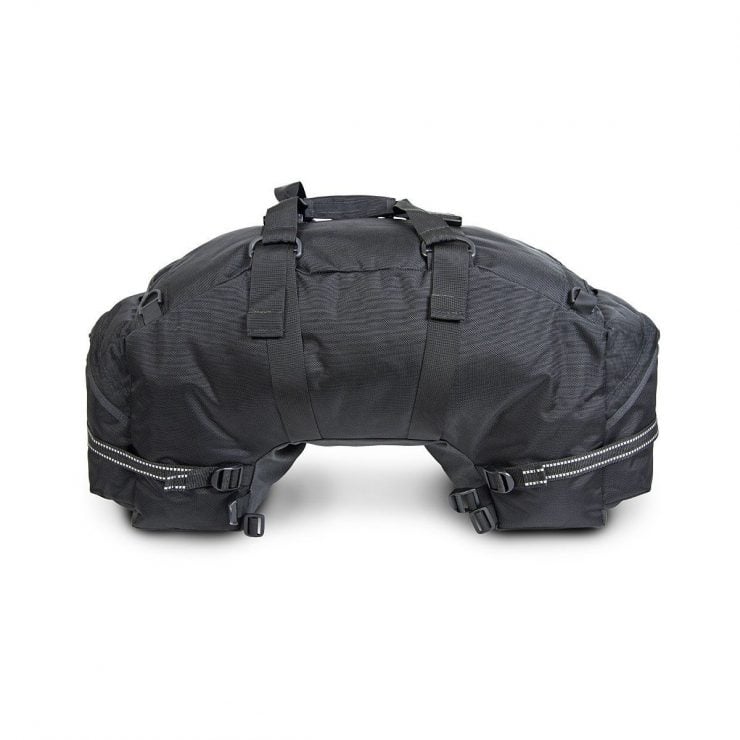 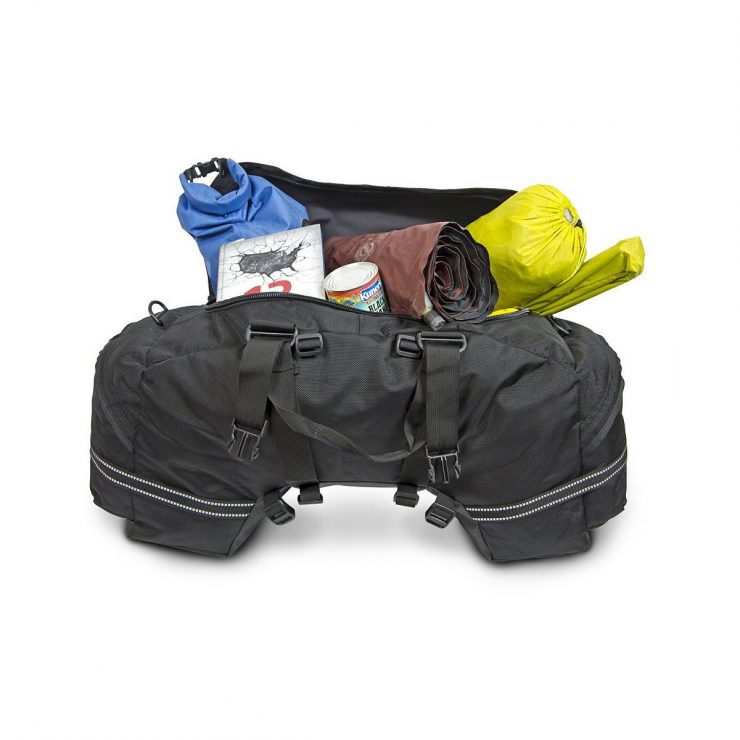