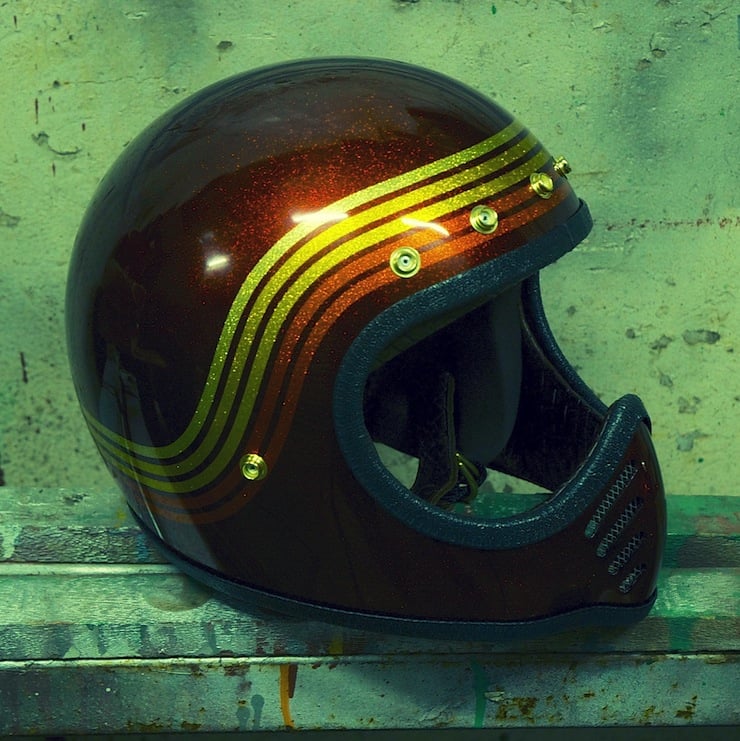 Chemical Candy is a custom paint garage run by a talented guy called Scott, he’s worked on a number of high-profile projects including a bike for the Biker Build Off TV series that runs on Discovery Channel. This retro helmet, a Bell Moto III, was acquired by Wes Hannam – the guy behind AbandonedPier.com – he sent it off to Scott for the full metal-flake-treatment and the finished product is just about the most fantastically retro thing I’ve ever seen.

The interior of the helmet was done by Billy and Rachel at Hellmutts, the original helmet was in pretty tragic condition so the level of work that went into it is quite remarkable (click here to see the leather and fabric lined interior, it’s well worth a look-see). Vintage full face helmets can be picked up on eBay for varying prices depending on their condition and rarity, the relining and paint work generally costs a few hundred but this also tends to go up and down depending on specifications and final paint.

If you’re anything like Wes, you can toss out the kitsch nonsense on the mantelpiece and add some classic head gear, one helmet at a time. 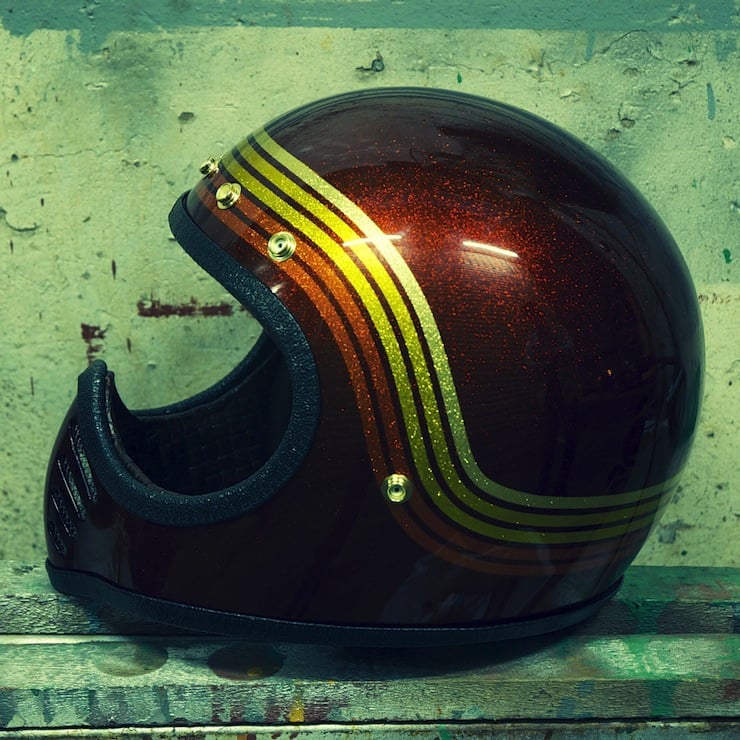