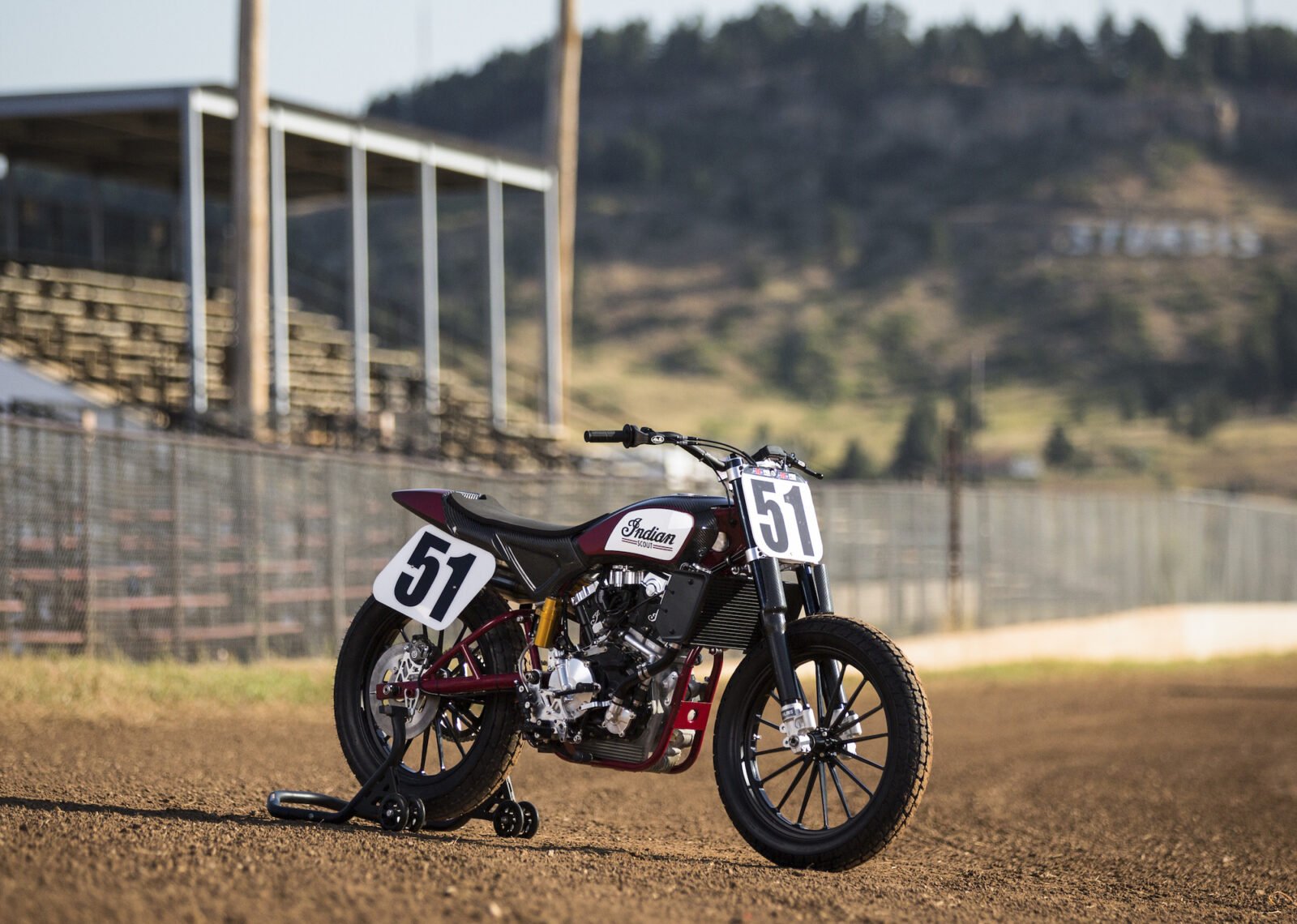 The new Indian FTR 750 is a race-only motorcycle developed in collaboration with Polaris-SwissAuto with a single goal in mind – the annihilation of the currently dominant Harley-Davidson flat track racers.

It’s been decades since Indian Motorcycle and Harley went head to head on the flat track circuits of the USA, and the return of America’s oldest motorcycle marque is a significant event for the racing series – it’s a revival of a battle between the two marques that’s been going on since before the First World War.

The power unit in the FTR 750 is a DOHC, 4-valve per cylinder, liquid-cooled, 53-degree V-twin. It’s an advanced engine that was developed in record time by SwissAuto, it boasts 109 horsepower at 10,000 rpm and it was designed with an impressive 30-hour service interval.

The fuel tank and bodywork on the Indian FTR 750 is all carbon fiber, and a bespoke frame was created and paired with a monoshock rear, Öhlins forks up front and a single Brembo disc brake on the back wheel.

The big question is whether Indian will build a version of the FTR 750 for road use. They’ve made it clear that this particular model was developed for racing only, however Harley has based their (still in development) water-cooled XG750R flat track racer on their production Street 750 engine.

There is hope that Indian will release a road bike based on the FTR 750, with tracker/scrambler genes that will compete with the similar offerings from BMW, Triumph, Ducati, Moto Guzzi, Benelli, Honda, and Yamaha.

For the time being however, you’ll only be able to get your hands on an FTR 750 if you’re actively competing in AMA flat track events. It’ll be very interesting to see how the new Indian runs against the Harleys, and whether or not Yamaha will enter the fray with a new flat track bike – as they’ve been implying they might since earlier this year. 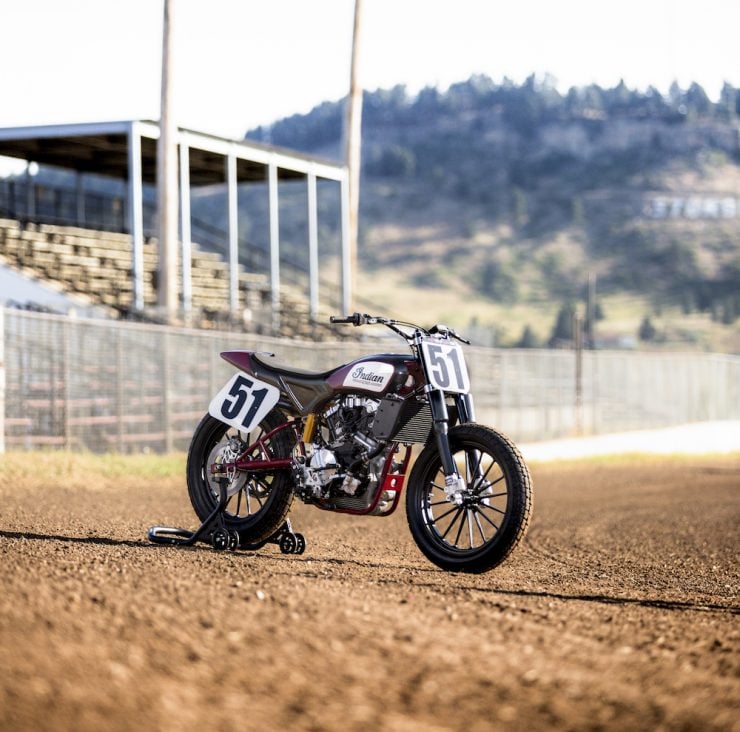 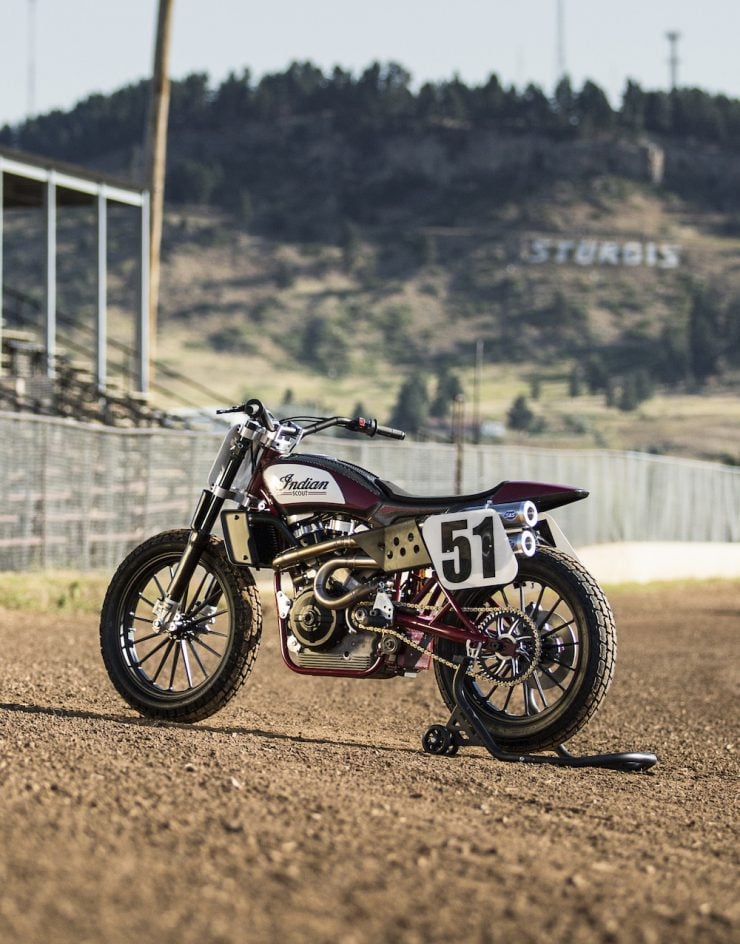 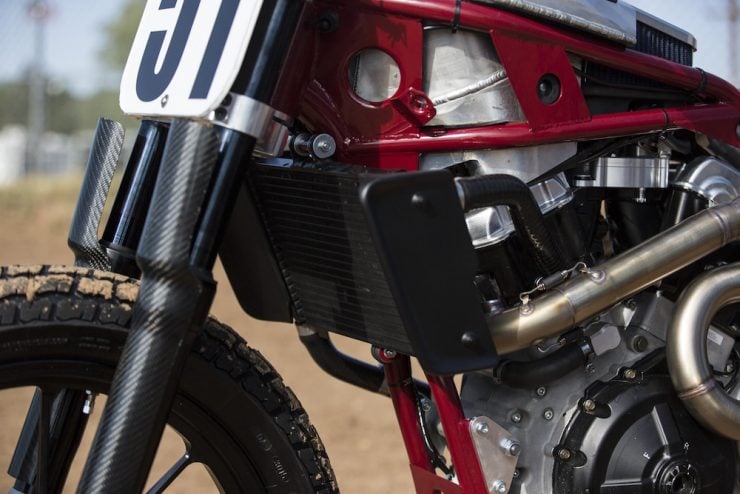 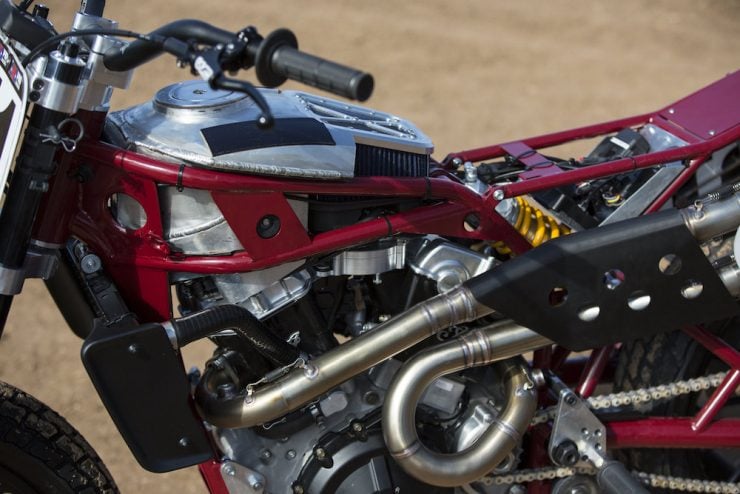 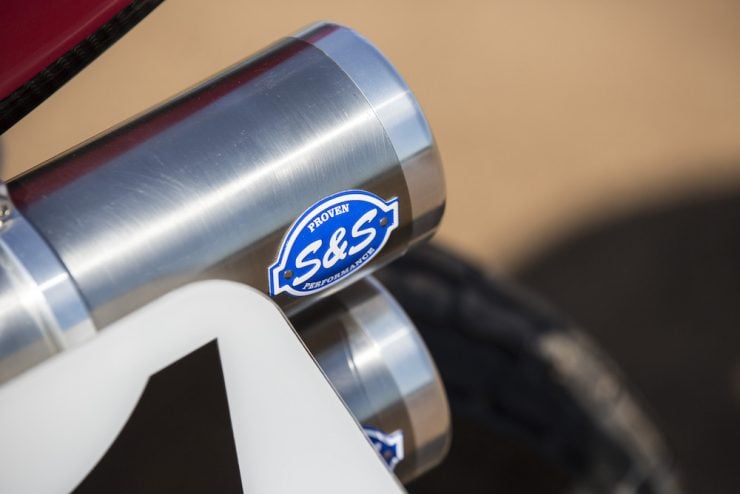 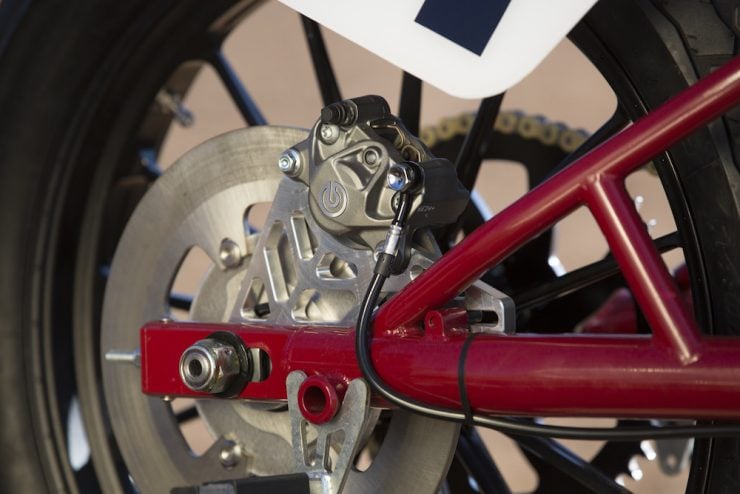 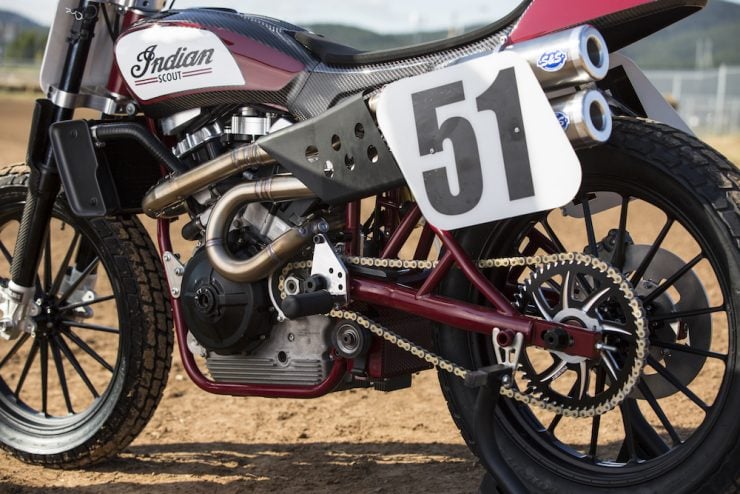 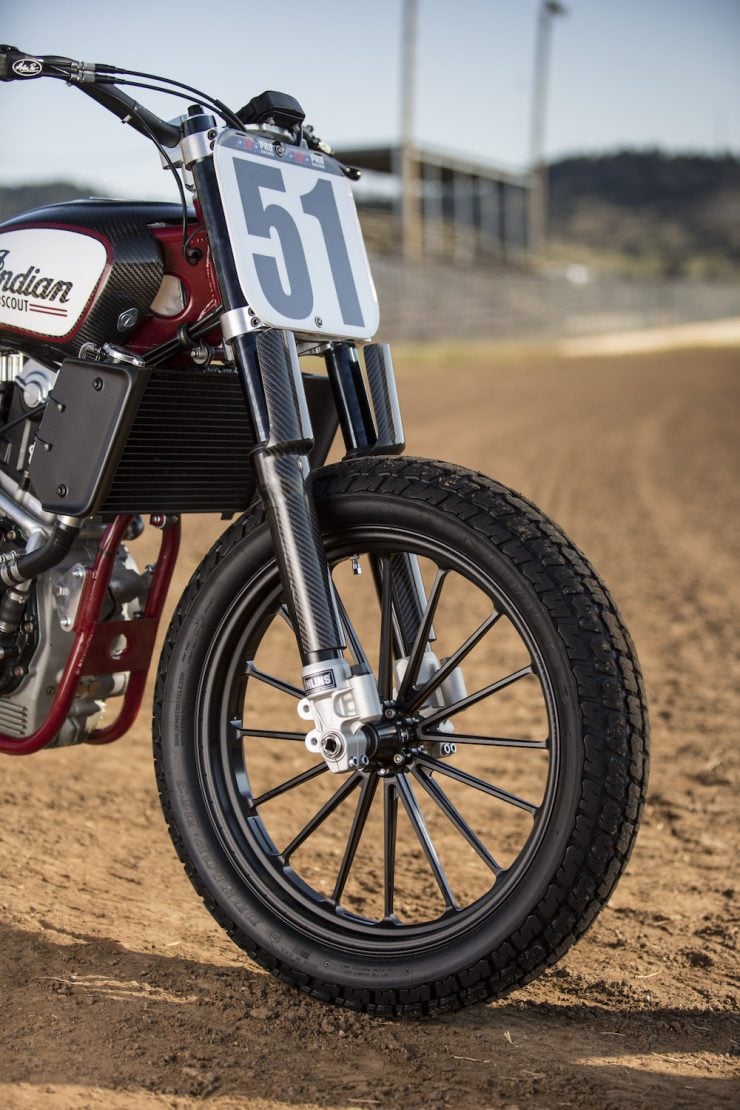 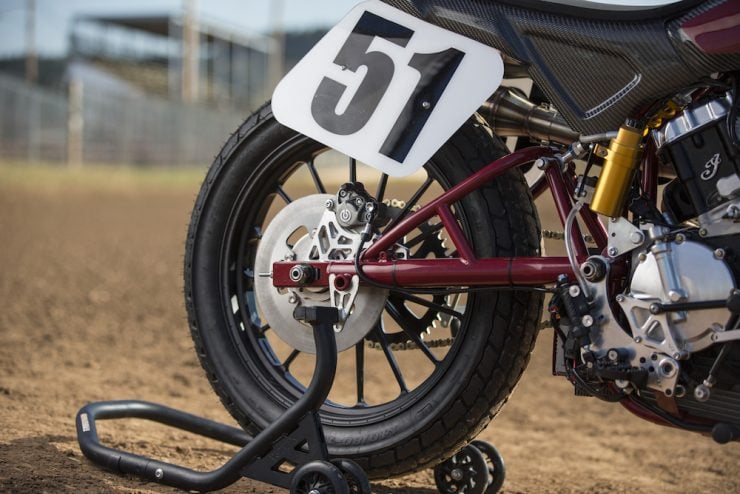 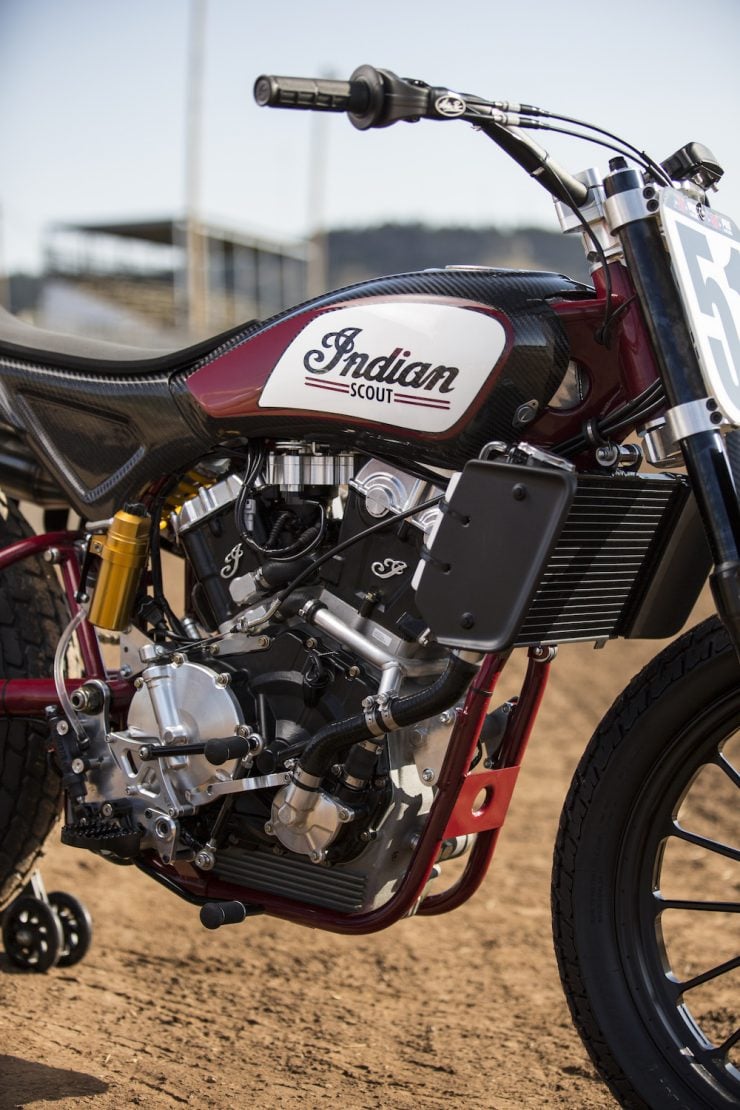 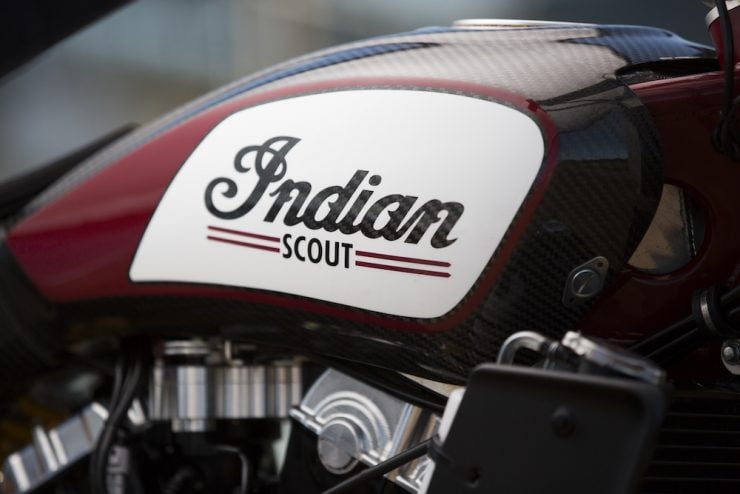 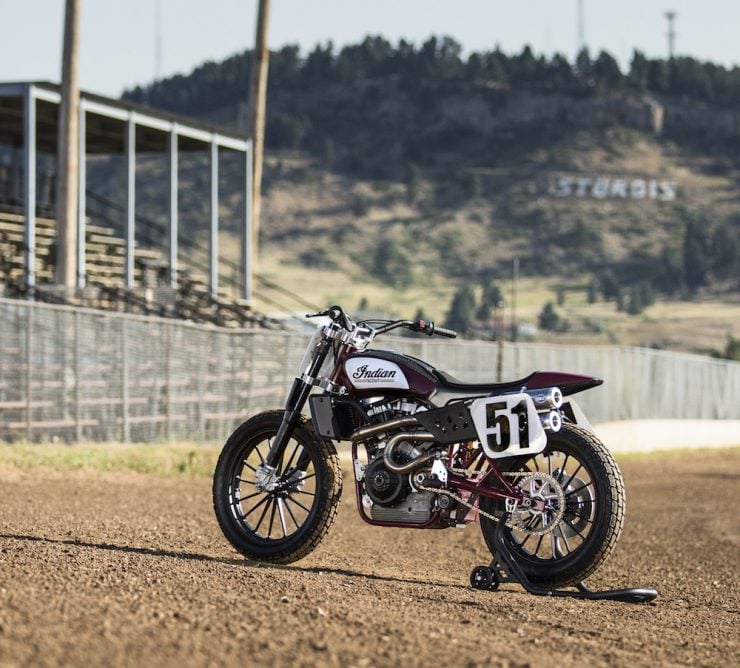 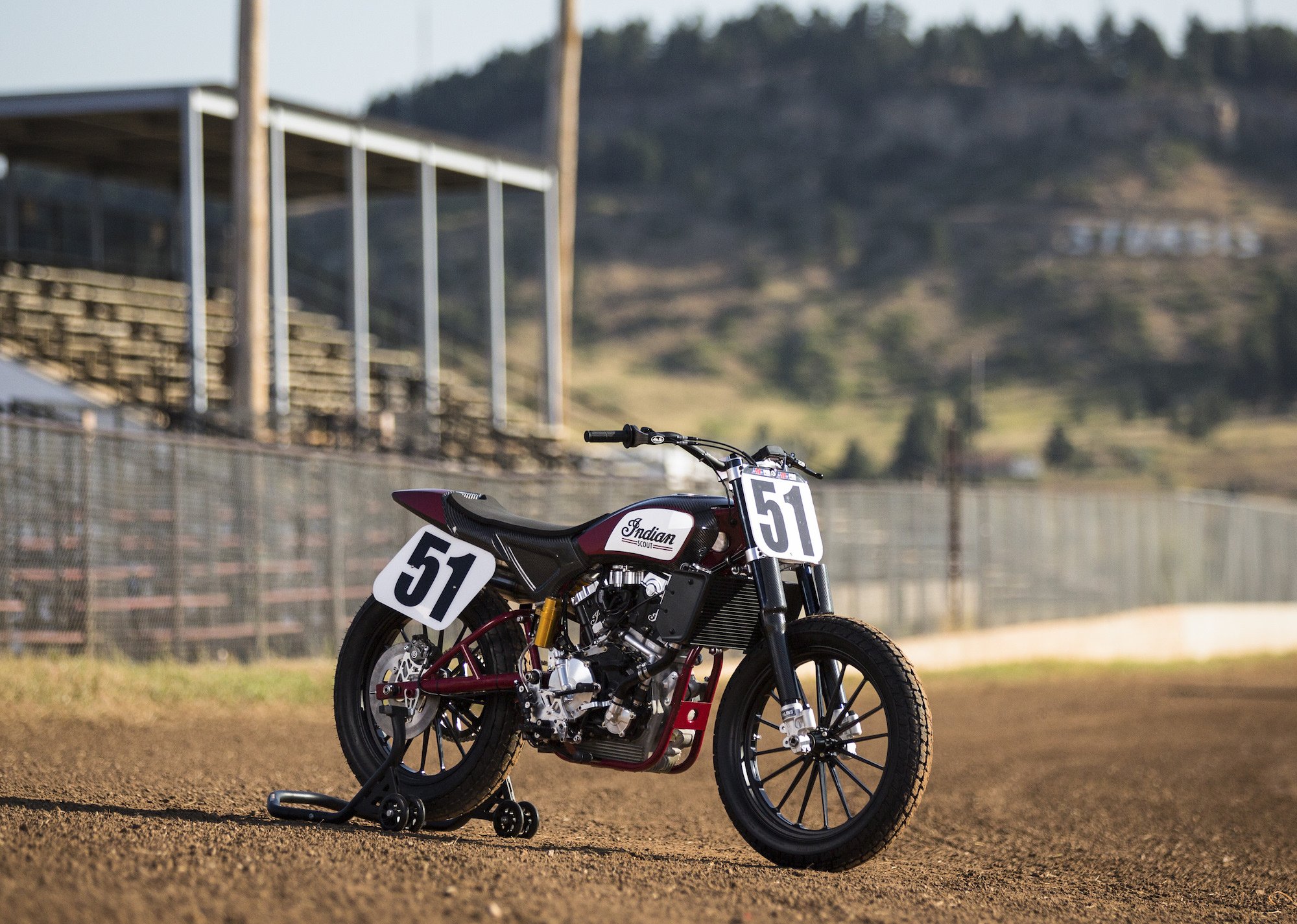