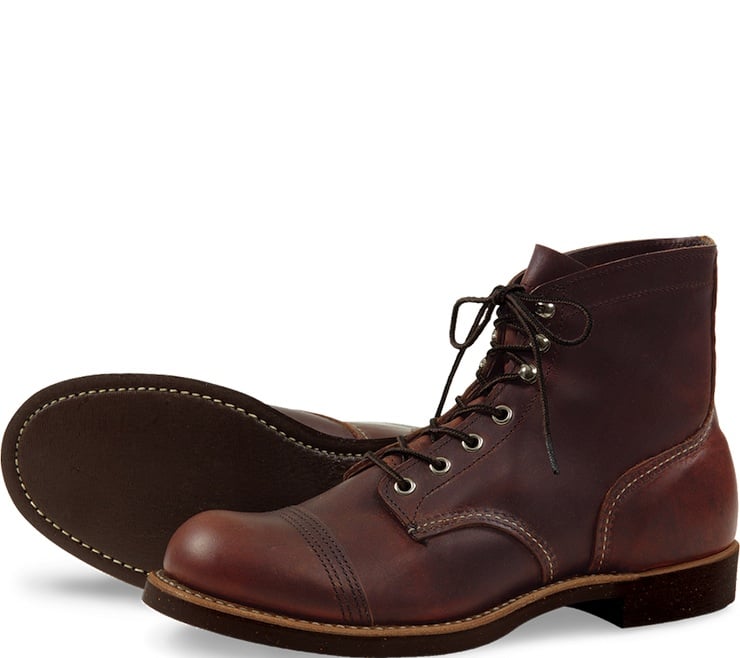 The Iron Ranger Boot by Red Wing is built to the same specifications as the boots worn by miners and other blue collar workers in the early part of the 20th century, they’re made from amber harness leather and have double layer toe and heel caps for durability.

The sole is Goodyear welt, allowing easy replacement, the lace-holes and speed-hooks are all chrome plated and the sole is constructed from heard wearing Nitrile cork.