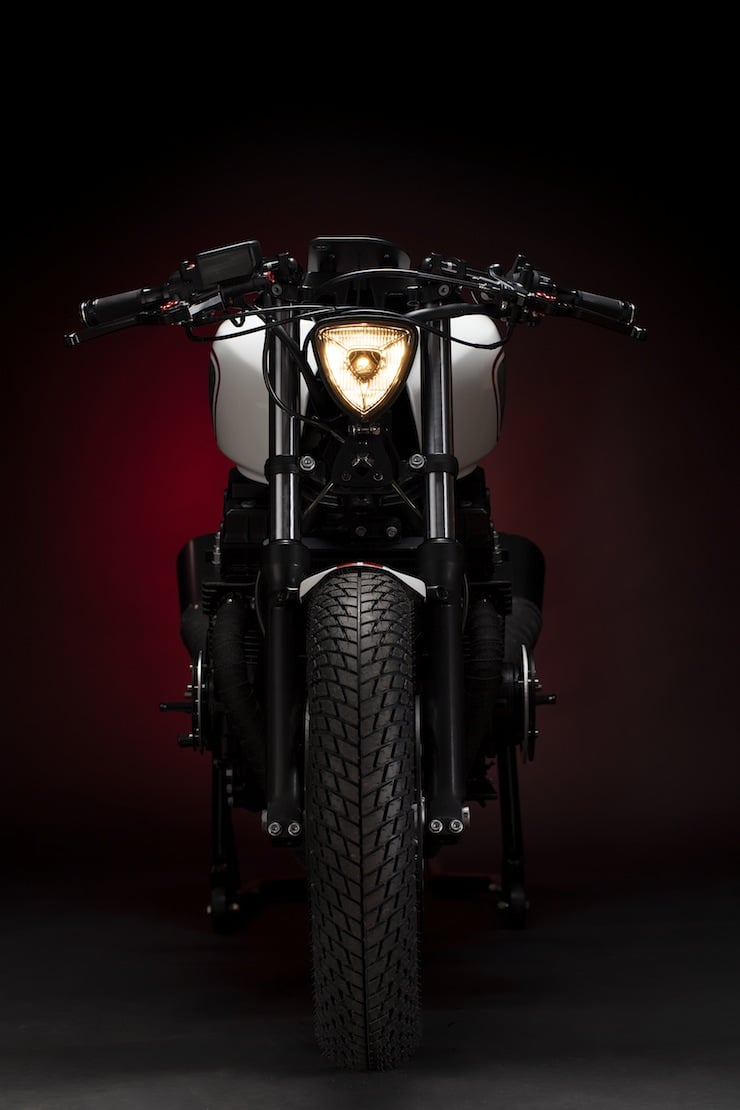 The Honda CB750 has probably been featured on Silodrome more than any other single motorcycle model for the very simple reason that there are just so many people out there producing stunning customs using it as a base platform. And for good reason, the CB750 is widely regarded as being “the first superbike”, it’s also quite cheap to buy, parts are plentiful and that 4 cylinder air-cooled 750cc powerplant goes like a creation from the mind of Werner Von Braun.

This bike has been dubbed “Gravedigger” by its creators Osvaldo Coutinho and Alexandre Santos, they’re a pair of engineers from Portugal and they created the company “it roCkS!bikes” to create and sell their own unique take on the cafe racer genre.

Gravedigger started life as a stock Honda CB750, Osvaldo and Alexandre found it for sale at a local dealer in almost perfect condition. They set about stripping the bike back to its essentials and tossed anything they could in order to save weight, they then shortened rear sub-frame and then fabricated a one-piece fuel tank, seat and rear cowling from a sheet of aluminium. 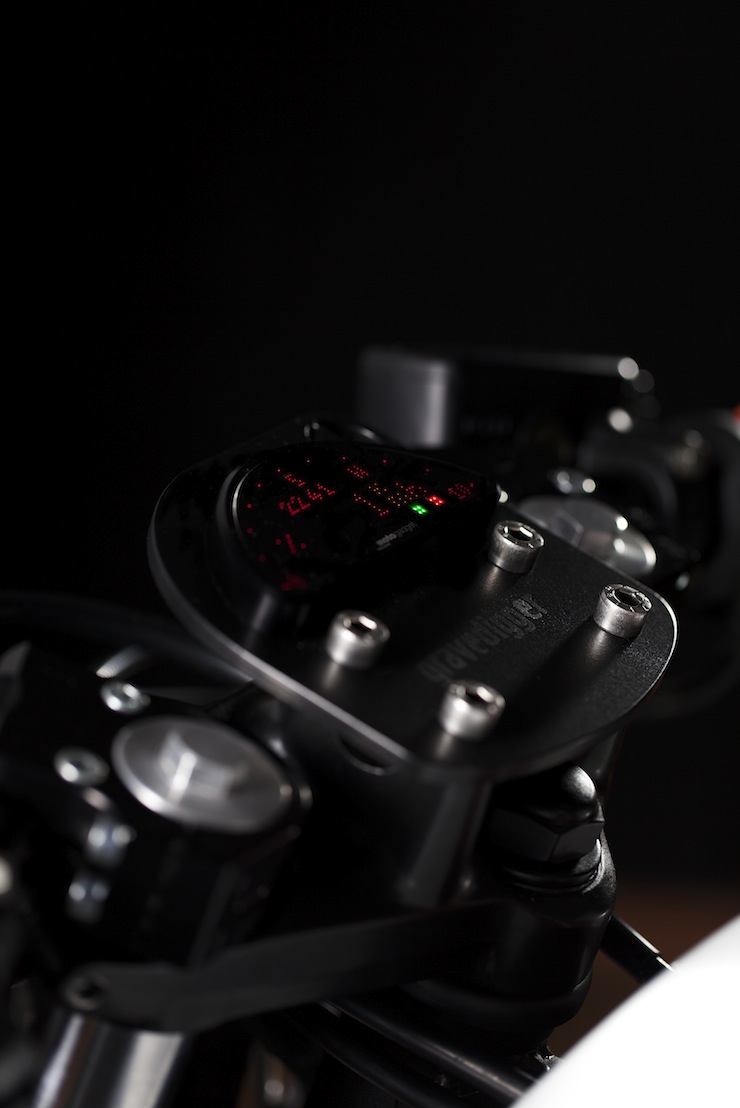 The suspension was lowered and stiffened at the front and back and a gel battery was added (under the rear cowl) to further save weight, the engine was tuned and then painted matte-black and the carburettors were reworked. The most noticeable element of the bike has to be that custom paintwork, it gives the bike a fantastic, almost 70s-futuristic look and works exceedingly well with the digital MotoGadget speedo/tacho mounted just behind the headlight.

From a personal standpoint I’d have to point to the rear cowl mounted brake light as a favourite element on the Gravedigger, it looks like a production unit rather than an after-thought and conjures up memories of Battlestar Galactica’s Cylons. For those of you hoping I mention the make a model of the tires, I’ve got your back, they’re Heidenau K73 120/70-17 (front-end) and 160/60-17 (rear-end), for what it’s worth, I think they look an order of magnitude better than the ubiquitous Firestones and I image they’d also stick a little better.

Osvaldo and Alexandre will be selling this bike to fund their future builds so if you’re a fan of the CB750, retrofuturism and exemplarily workmanship you might want to drop them a message. 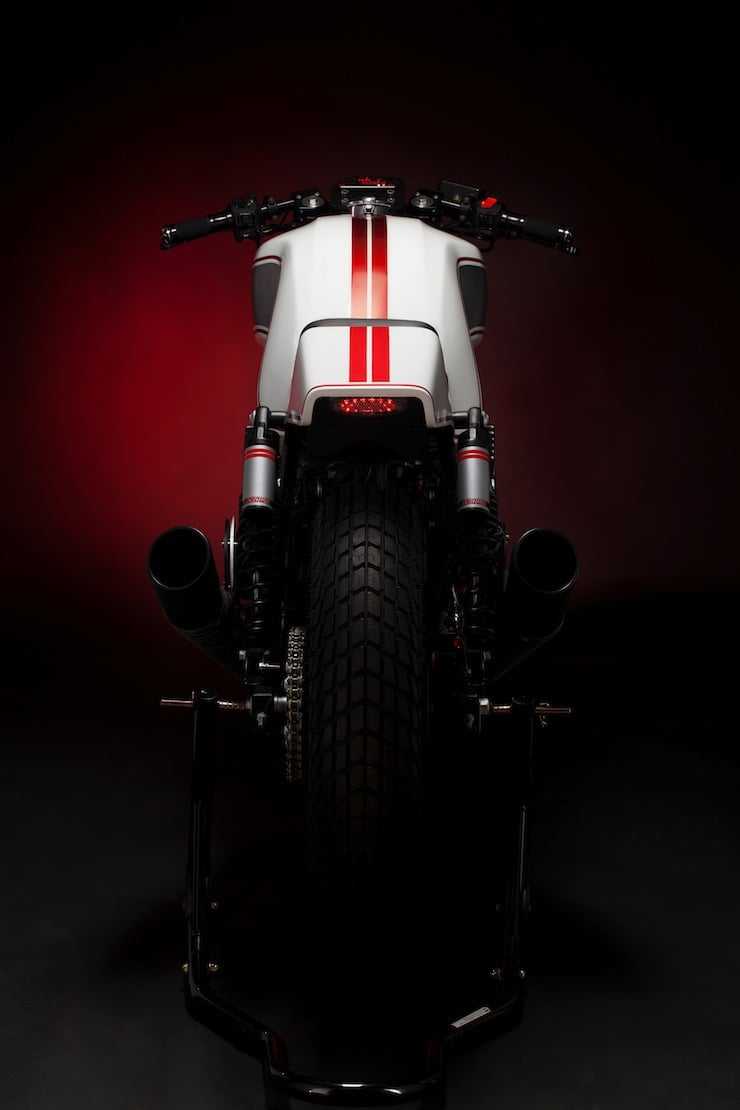 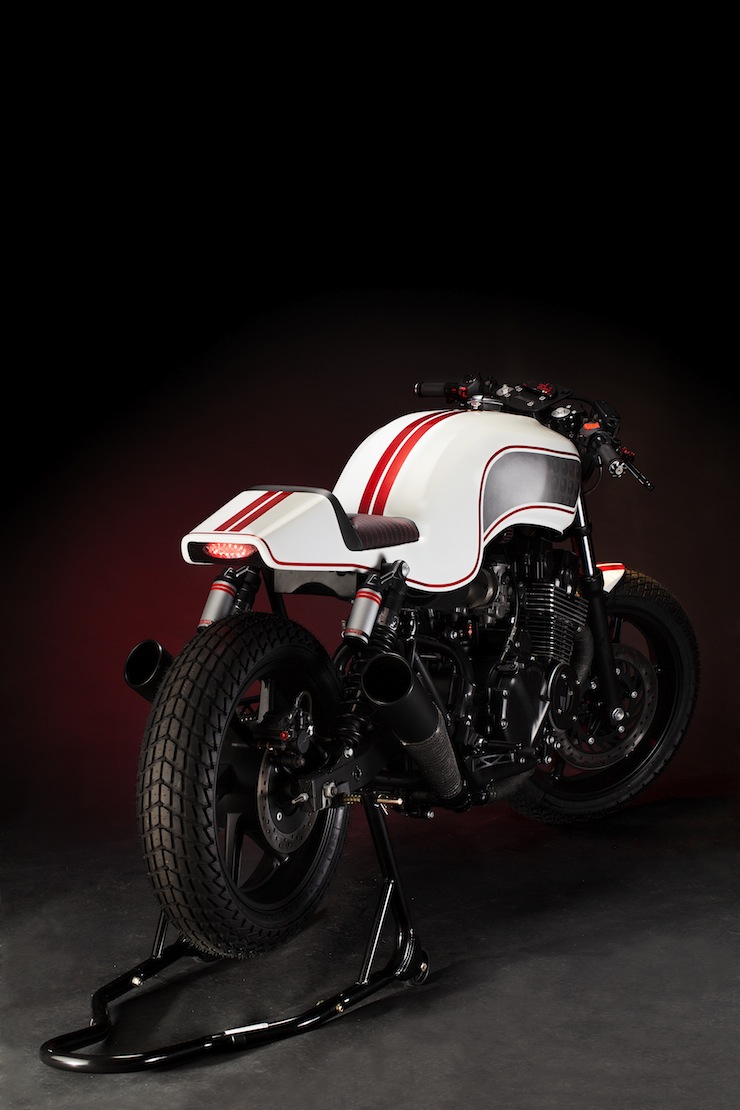 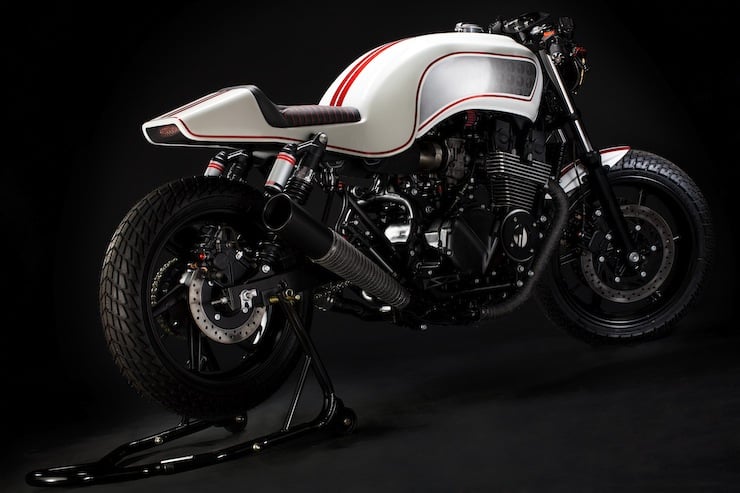 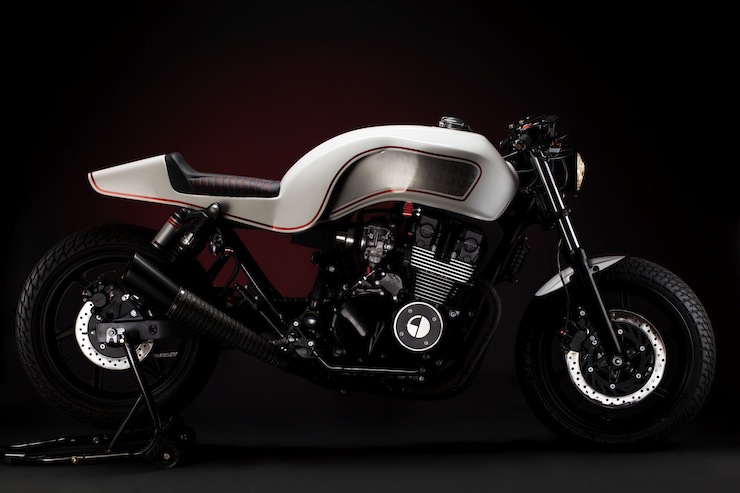 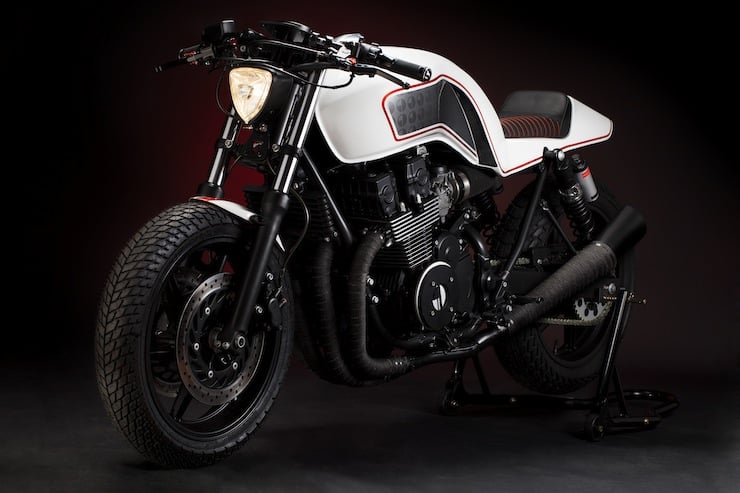