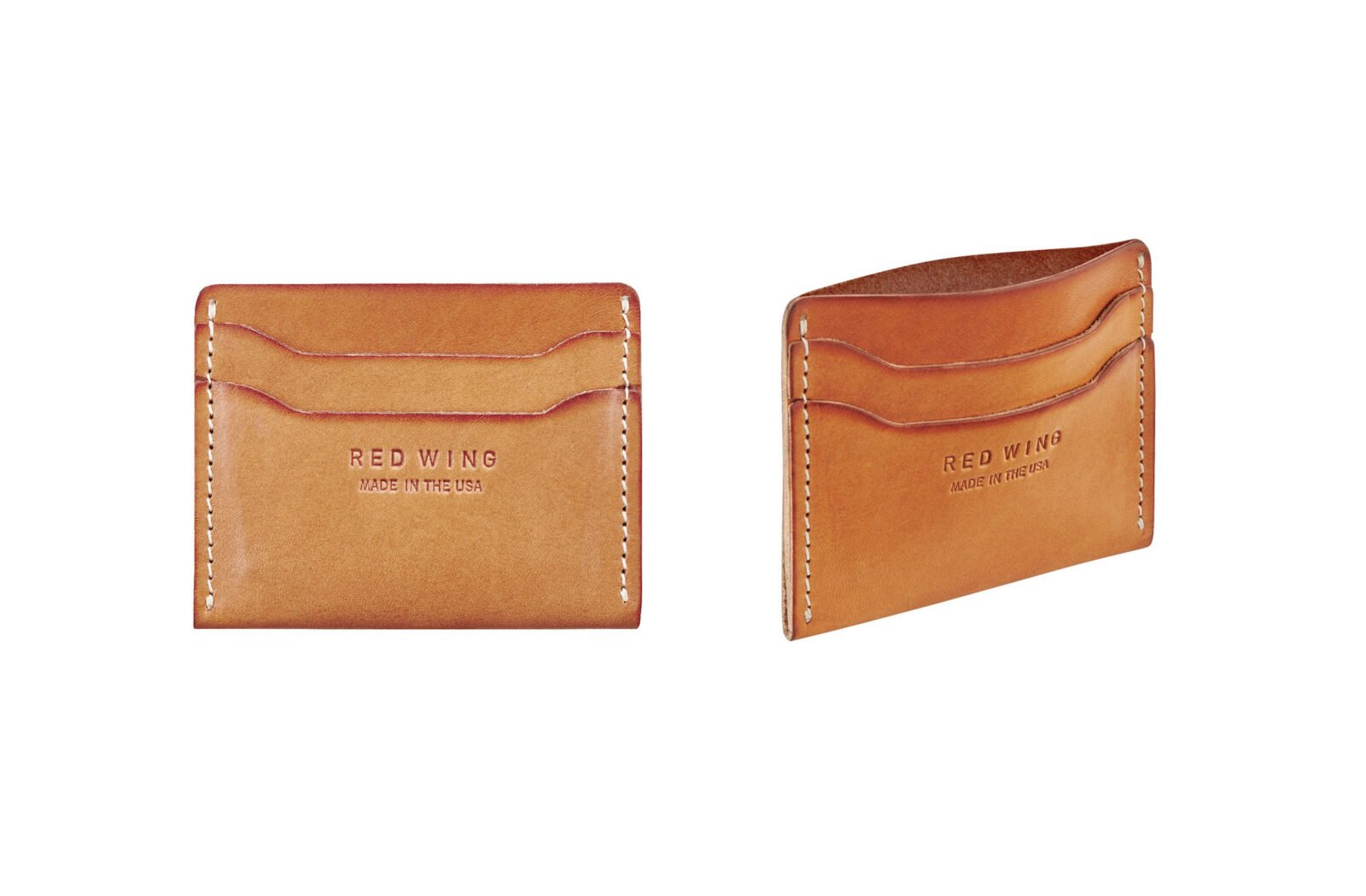 This is the new minimalist Red Wing Heritage wallet and card holder, with space for 4 cards (8 if you double stack) and folded cash courtesy of its central pocket.

Low-profile wallets like this are surging in popularity as people seek to beat the bulge – wallets seem to take on a life of their own, gathering receipts, tickets, and other bits and pieces until you end up with a wallet like George Costanza.

Red Wing is an American company that’s been in business for over 100 years, they’re most famous for their boots but their leather-working knowledge is second to none – and they’re now focusing it on goods other than just footwear.

Each of these minimalist wallets is made from vegetable-tanned leather from Hermann Oak Tanning Company, the leather is designed to age and develop a patina over the years, and potentially decades that you own it. Red Wing Heritage make each of these individually in the USA, and the wallet measures in at 4″ x 3.125″. 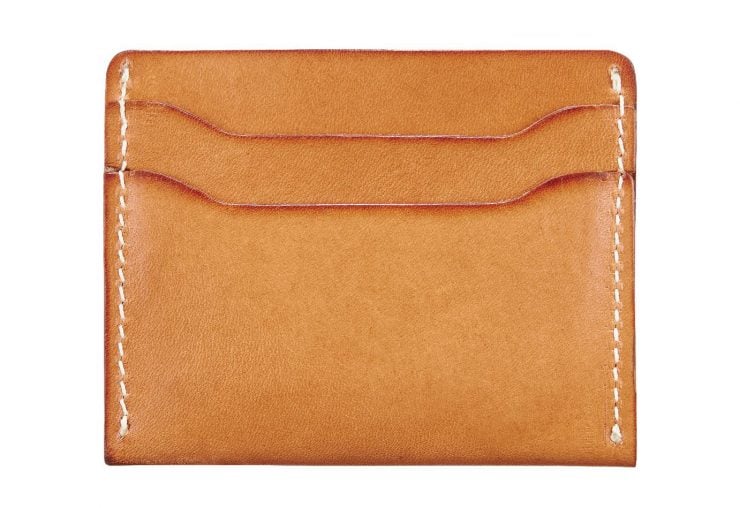 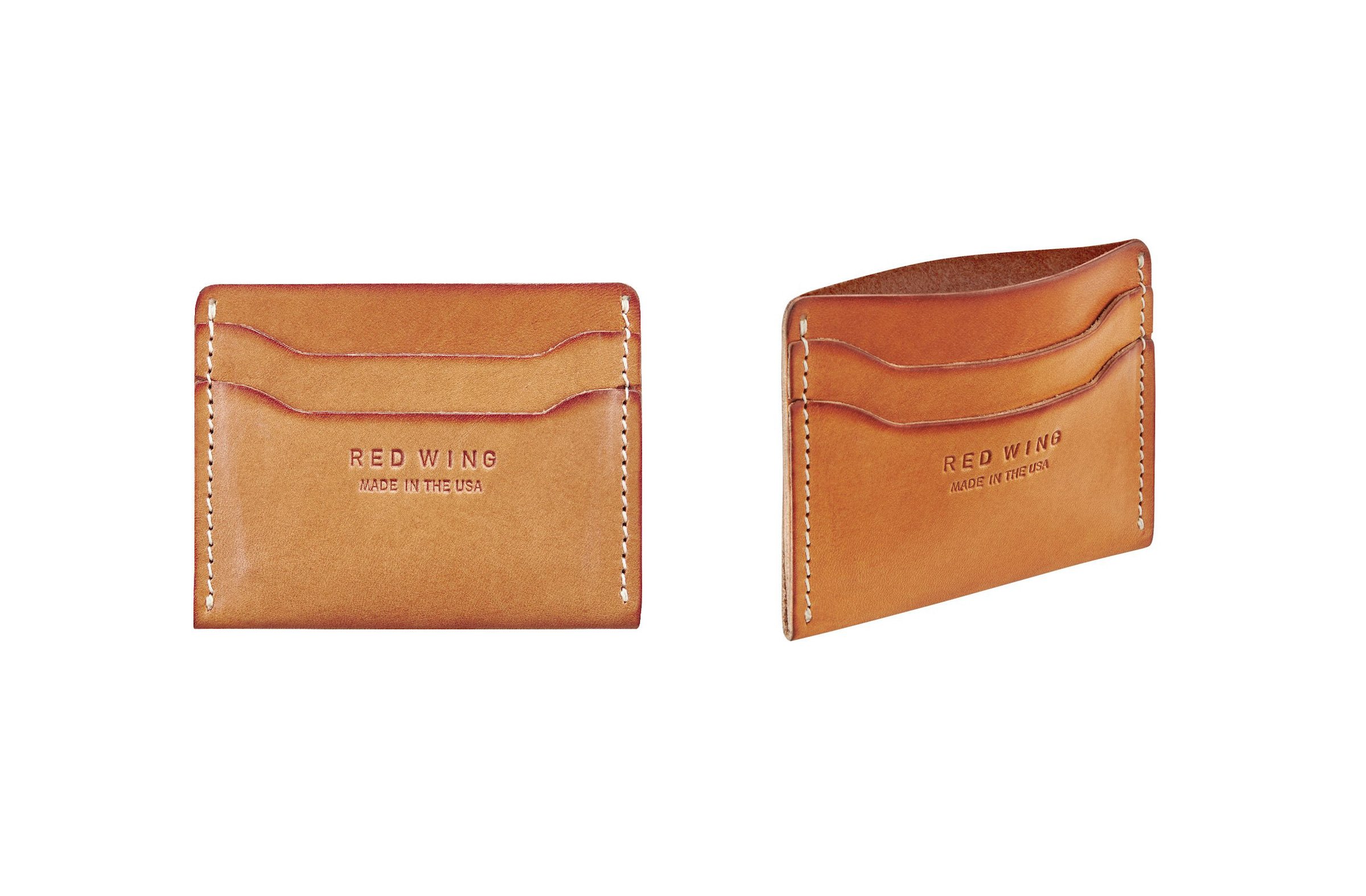