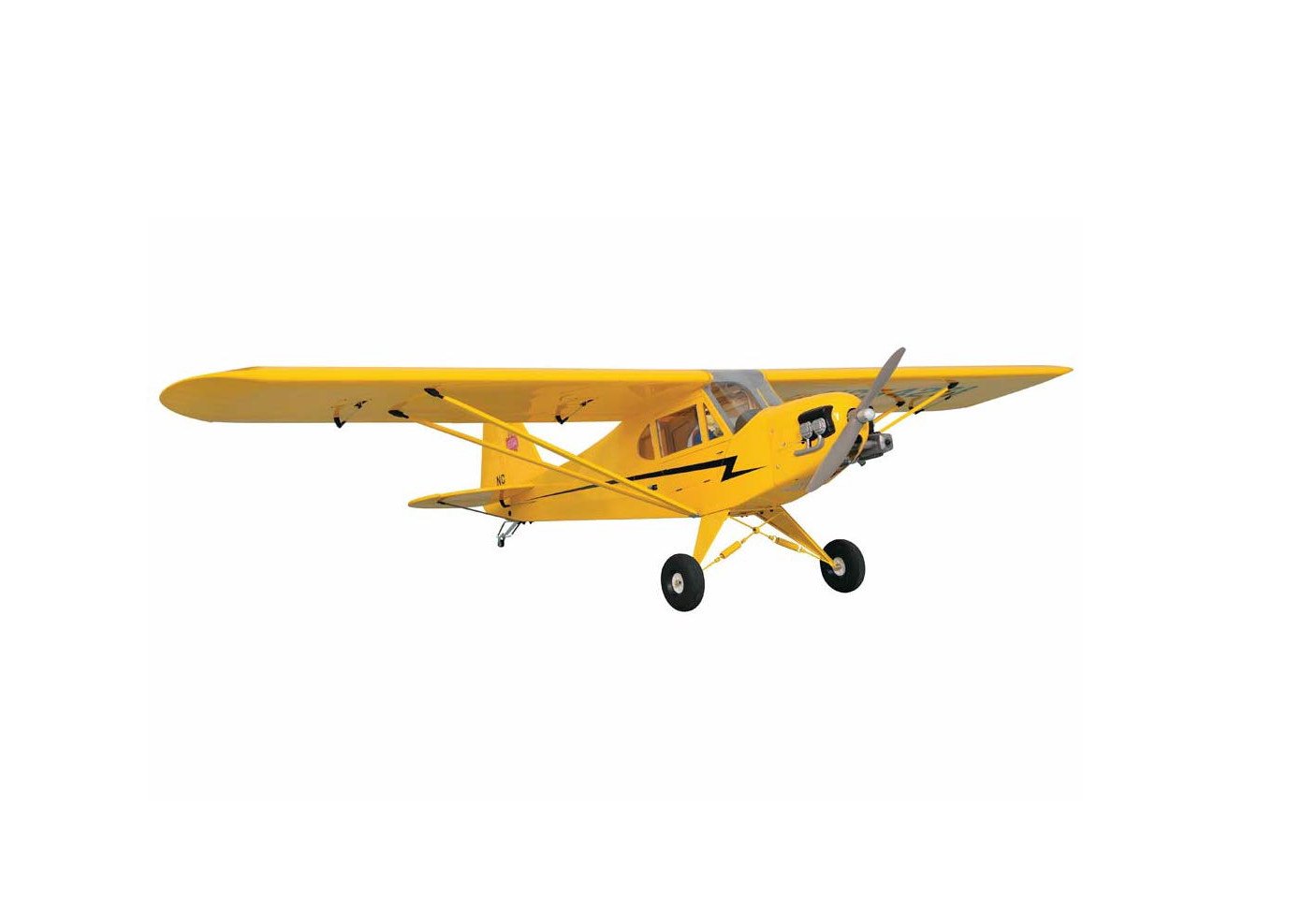 This R/C 1:4 scale Piper J-3 Cub has a huge 90.5 inch wingspan (that’s 7.5 feet) a realistic cockpit, instrument panel, pilot figure, operational cockpit side doors, functional flaps, and it costs $299.99 USD. It’s built by Phoenix Model and comes as an “ARF” or “Almost Ready to Fly” kit, you just need to choose which engine you want to use – either electric or gasoline.

The Piper J-3 Cub is one of the most famous single engine planes in history, it was built from 1938 till 1947 by Piper Aircraft and over 20,000 were built. Some have compared it to the Model T Ford in that it was affordable and produced in high numbers, making aviation achievable for everyone.

During WWII the J-3 Cub was used as a trainer, it also performed military service which included carrying Generals Dwight Eisenhower, George Patton, and George Marshall around European battlefields. Civilian-owned Cubs formed part of the Civil Air Patrol – patrolling the Eastern Seaboard of the US and Gulf Coast searching for German U-boats.

The most famous Cub warbird is the one flown by Major Charles “Bazooka Charlie” Carpenter, it was fitted with six bazooka rocket launchers and he destroyed six enemy tanks and several armored cars.

Many original examples of the Piper J-3 Cub remain flying today, they often have no onboard electrical systems at all, making them embodiment of pure no frills aviation.

The 1:4 scale Phoenix Model Piper J-3 Cub is lightweight thanks to laser-cut all-wood construction, it has a simple two-piece wing that simplifies assembly and transport, and it has quick-connect streamlined wing struts.

Due to the fact that different model builders are going to want to choose their engines there are some additional parts to buy to get the Cub flying, including either an electric or gasoline motor, and a few other parts that are listed on the product page. 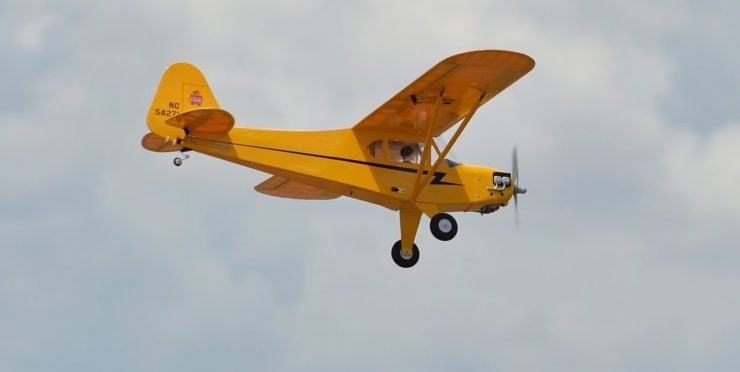 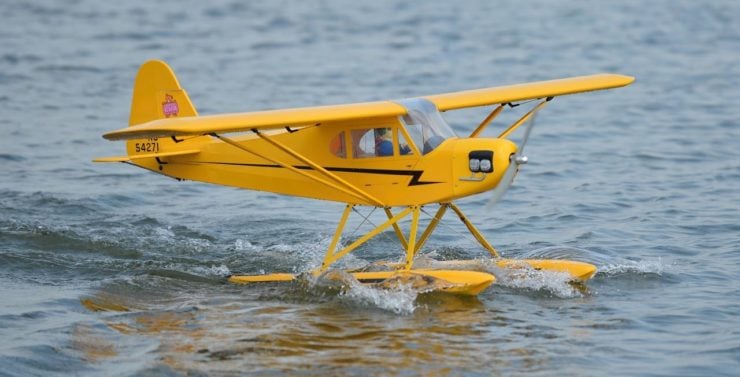 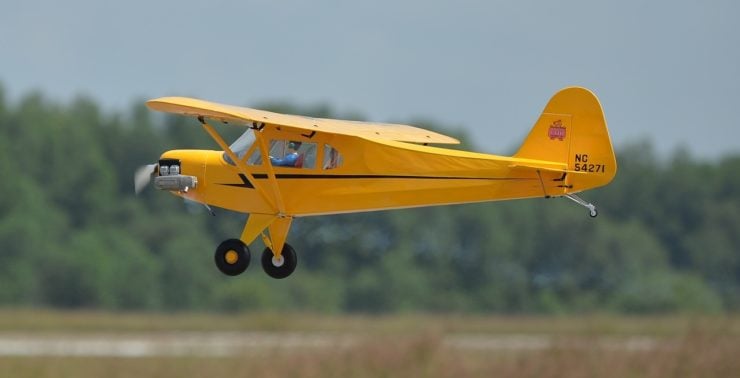