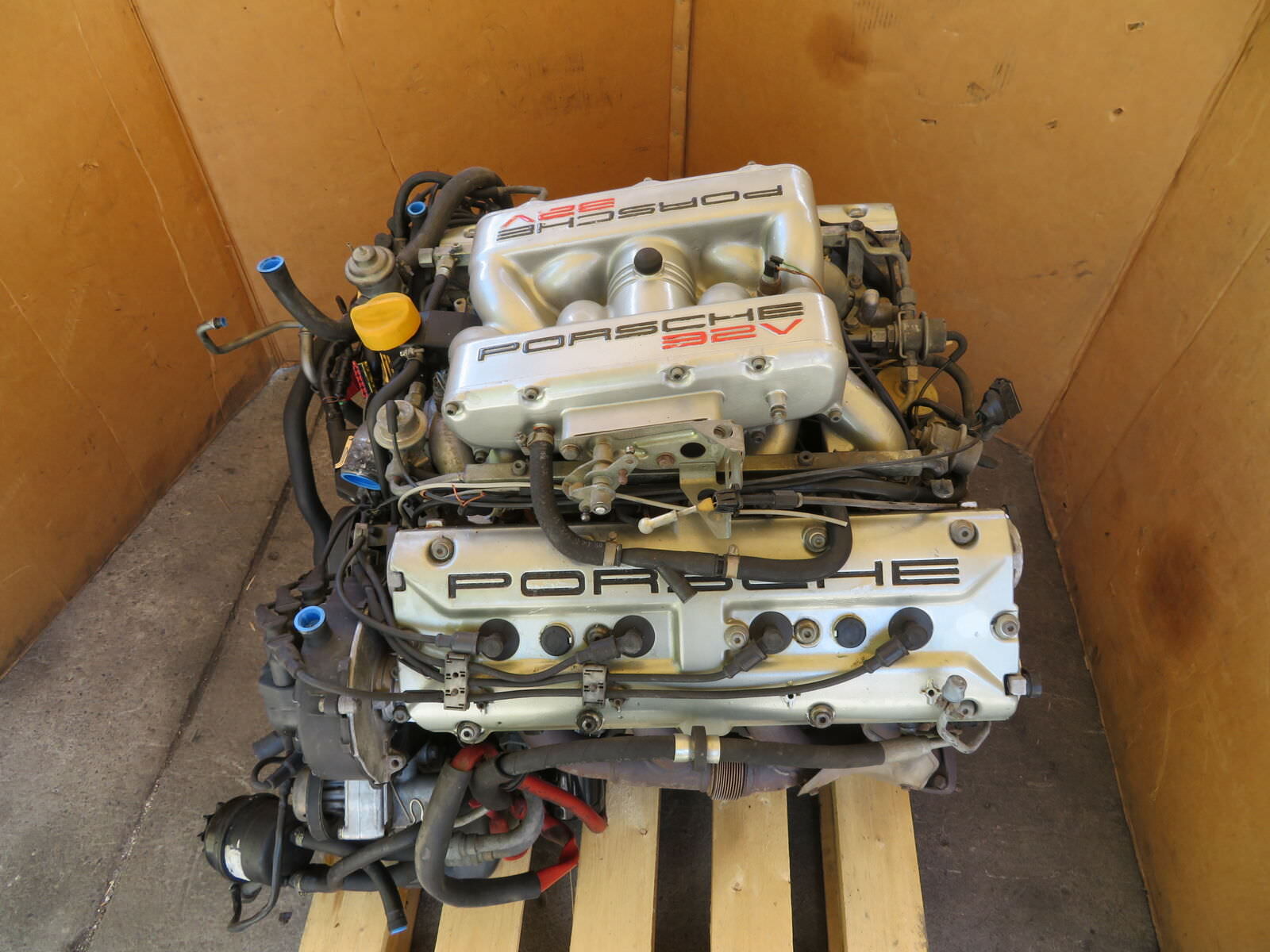 This is a Porsche 928 V8, it’s from a 1988 S4 which means it has double overhead cams, four valves per cylinder, a capacity of 5.0 litres and it produces 316 hp. It also benefits from a series of changes that were made to the pistons, cylinder heads, camshafts, and valves of the Porsche V8 engine.

When it was first released, the Porsche 928 was seen by many at the company as their great hope for the future. Unlike the Porsche 911 with its rear mounted, air-cooled flat six, the 928 was fitted with a front mounted, liquid-cooled V8, giving it a more traditional GT car layout.

Although the predicted demise of the Porsche 911 never happened (though it nearly died more than once), those at Porsche who championed the 928 were eventually proven correct. The future of the German automaker did lie with more luxurious front-engined cars, though these cars would have four doors instead of two, like the Panamera, the Cayenne, and the Macan which outsell the 911 by a significant margin each year. 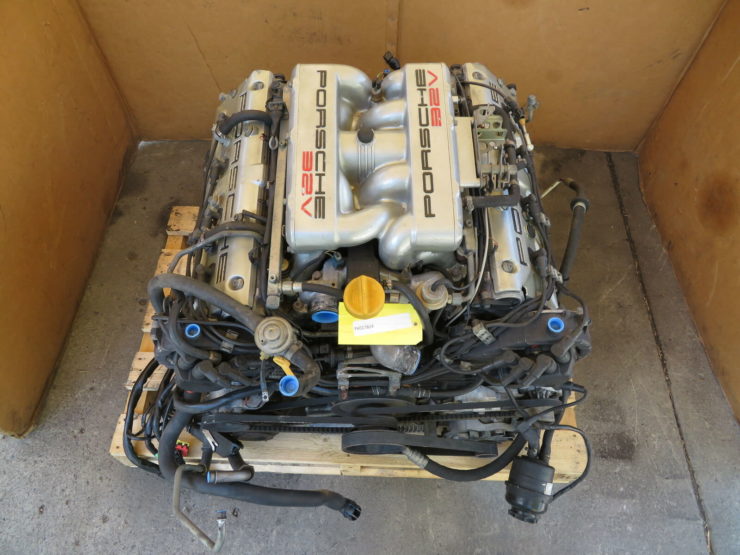 The Porsche 928 was fitted with the first production V8 ever developed by Porsche, the most important market for the automaker at the time was the United States – a country with a well-known love of V8 engines. Although the sales of the 928 would never match the 911, it did remain in production from 1977 to 1995 – an impressive run of 18 years.

Today the Porsche 928 had a strong following in the US and around the world and they’re still reasonably affordable in most regions, particularly when compared to 911s from the same era.

The 928 S4 engine you see here is listed by the seller as being in good condition and it’s said to turn over freely, its wiring harness does have some cuts however and it comes from a car with 159,000 miles, so it would be a good idea to rebuild it before it’s used.

Although its likely to be used as a parts or replacement engine for a 928 it would be fascinating to see it swapped into something else, like a Mustang or a Camaro. If for no reason other than to see people’s reactions when you open the hood. 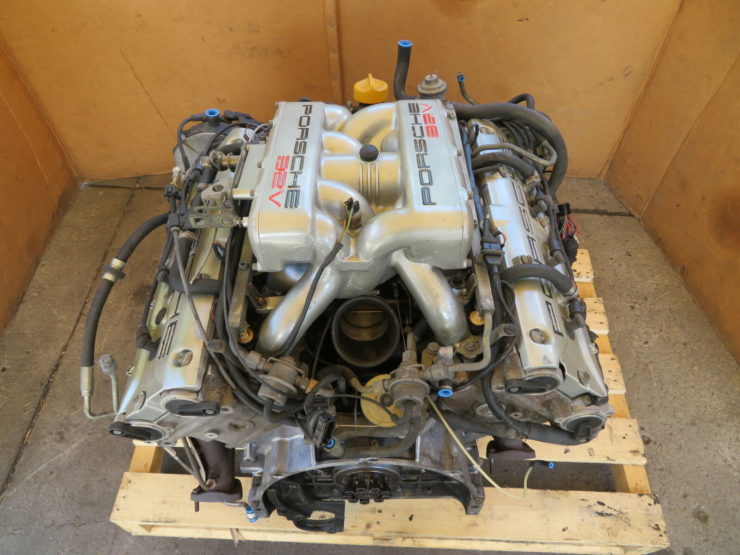 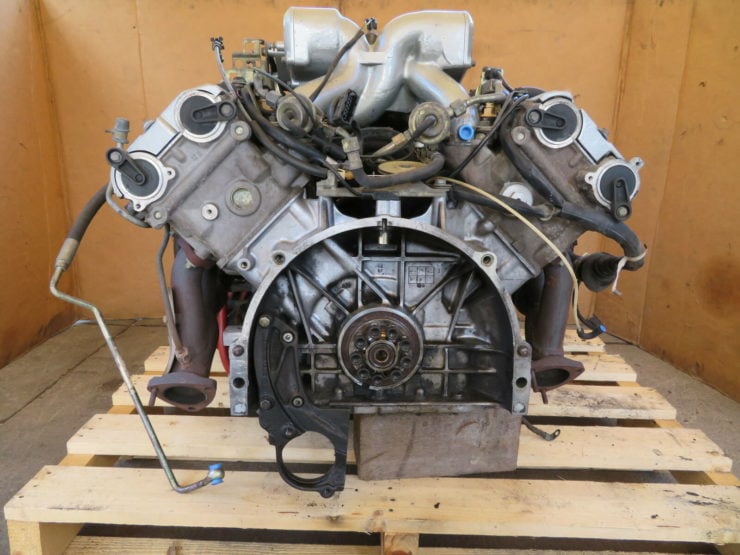 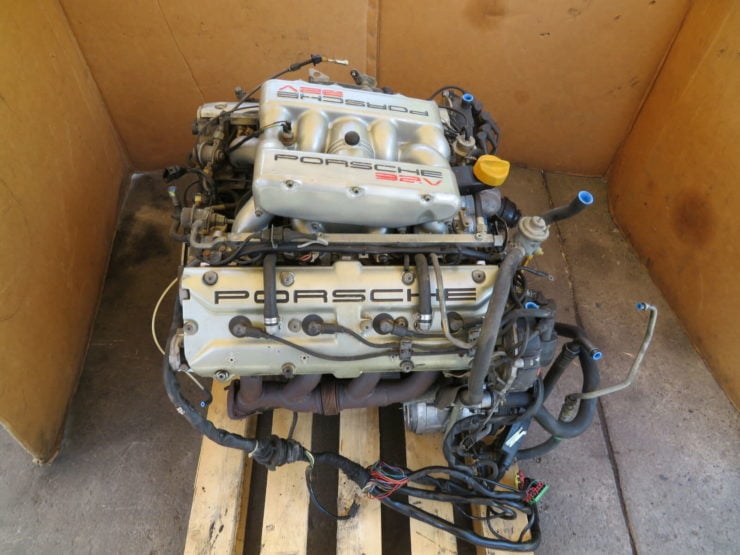 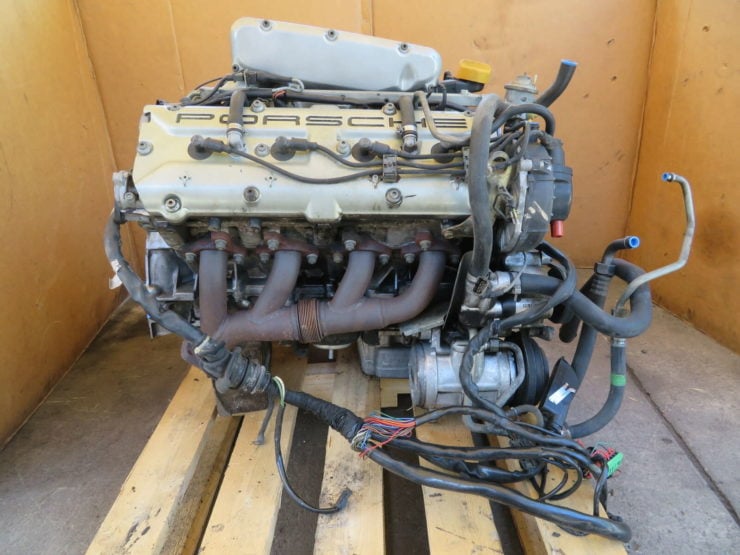