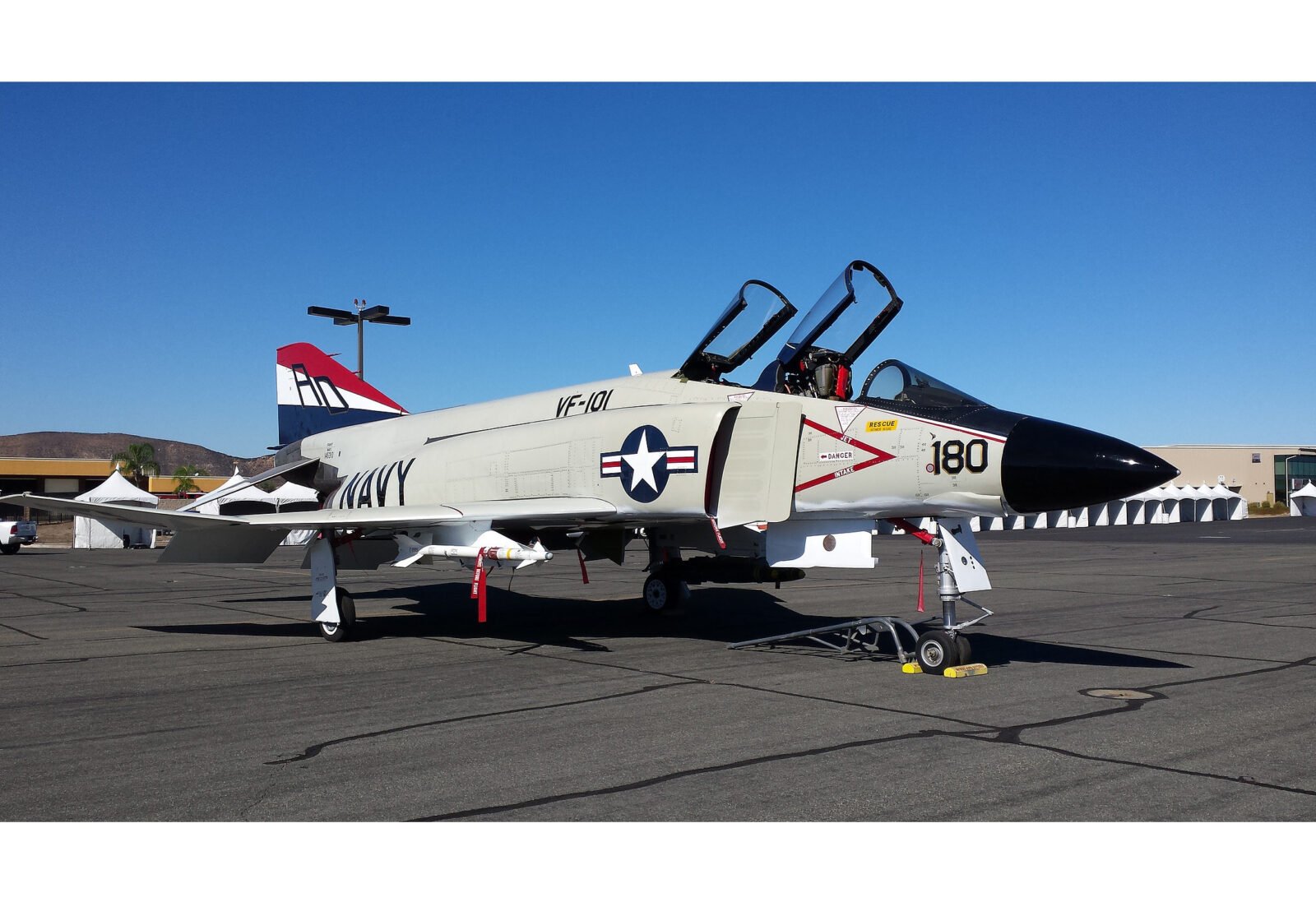 This is the only privately owned F-4 Phantom II capable of flight in the world, and it’s currently for sale. The McDonnell F-4 Phantom II is one of the most beloved jet fighters of all time, its speed and power were record breaking when it was released in the late 1950s and it continued breaking records well into the 1960s. 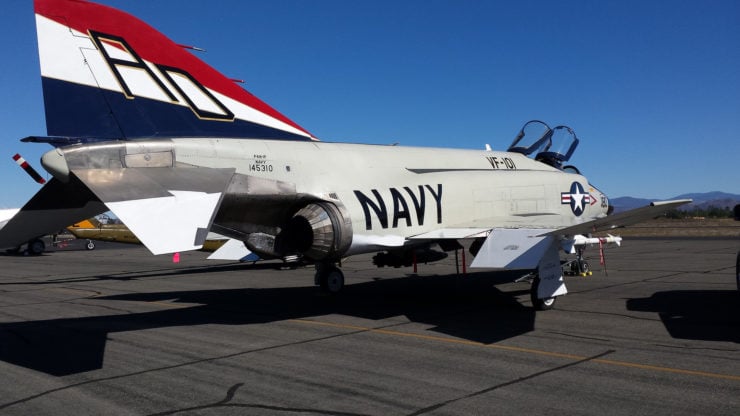 The two most famous records broken by the Phantom II are likely Operation Top Flight, and Operation Sageburner.

Top Flight was an altitude record that was set at over 98,000 ft on the 6th of December 1959 by Commander Lawrence E. Flint Jr.; he accelerated his aircraft to Mach 2.5 at 47,000 ft then climbed to 90,000 ft at a 45° angle. The engines can’t breathe much higher than this so he shut them off and glided using momentum to 98,557 ft before beginning a dead stick descent. Commander Flint Jr. re-sparked the engines at 70,000 ft and returned to base with his record.

Operation Sageburner remains famous among military pilots due to the sheer insanity of it. On the 28th of August 1961 an F4H-1F Phantom II averaged 902.714 mph (Mach 1.17) over a 3 mile long course flying below 125 ft (38.1 meters) at all times. The first man to attempt this was Commander J.L. Felsman, he was killed due to a pitch damper failure which caused his aircraft to disintegrate in the air.

There are few supersonic aircraft to choose from if you’re a private, non-military buyer so this F-4 is likely to attract no small amount of interest. It does have a price tag of $3,950,000 USD which is going to filter out 99% of buyers including me and probably you too, but if we’re honest with ourselves we could never have afforded the maintenance anyway.

The airframe is listed as having 461 hrs TTSN and 0 time since restoration – which is currently 80-85% completed. The aircraft comes with General Electric J-79-8 upgraded to -15, there are three engines currently at Aero Turbine awaiting overhaul and two additional engines in California as spares. The ejection seats are Martin Baker Mk 7 units with new crew parachutes and survival kits, with pyro charges available. 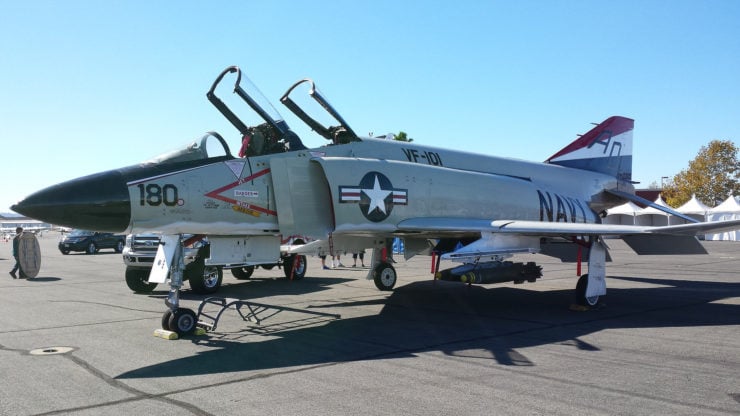 The F-4 has been under restoration to airworthy condition for the past 10 years by Aircraft Restoration Services LLC at the French Valley Airport, CA. It’s now ready for a new owner to take over the project and have the restoration completed, leaving them with the only privately-owned, airworthy F-4 Phantom II in the world.

If you’d like to read more about this aircraft or enquire about buying it you can click here to visit the listing on Platinum Fighter Sales. While you’re there you might want to take a look through the other aircraft they have for sale, it’s quite the collection. 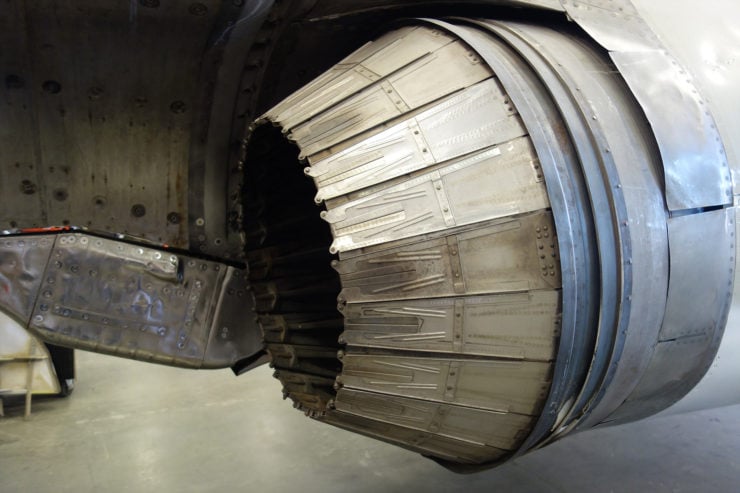 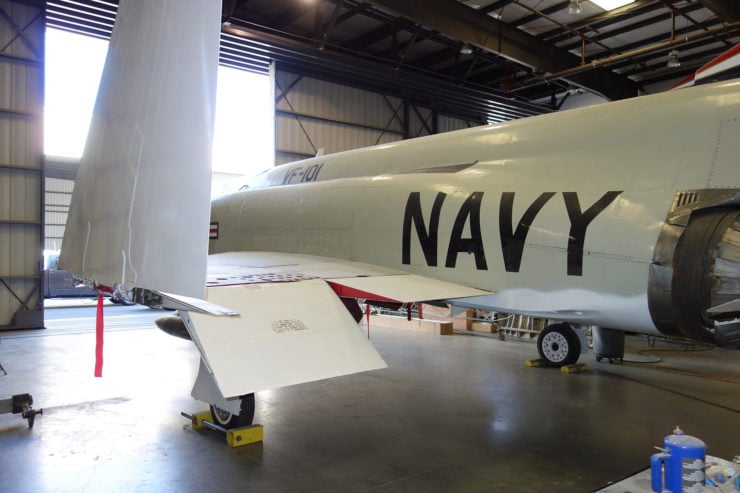 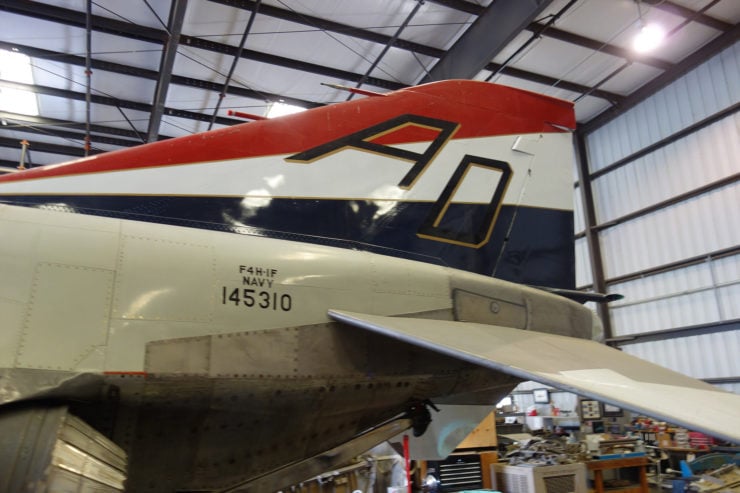 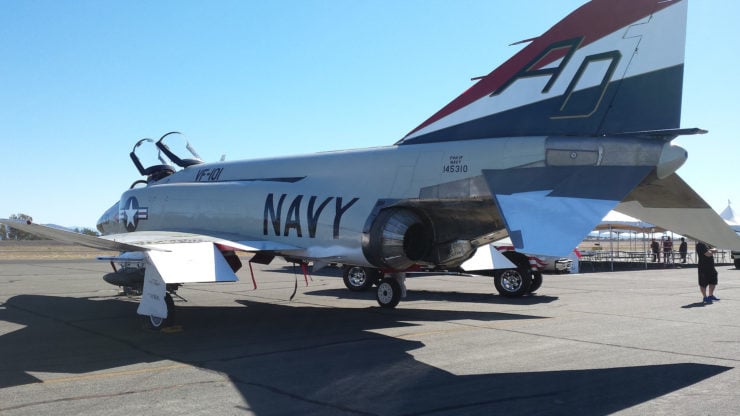 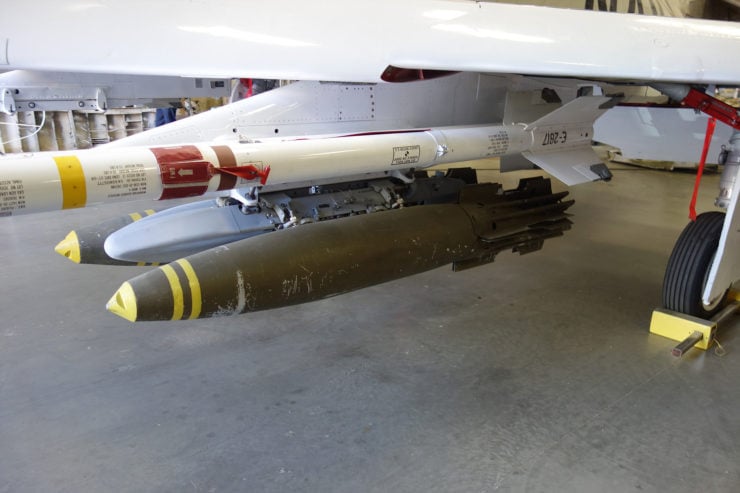 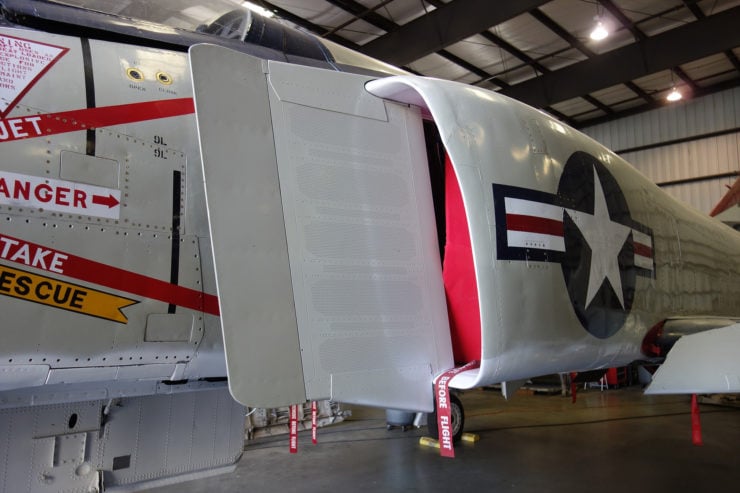 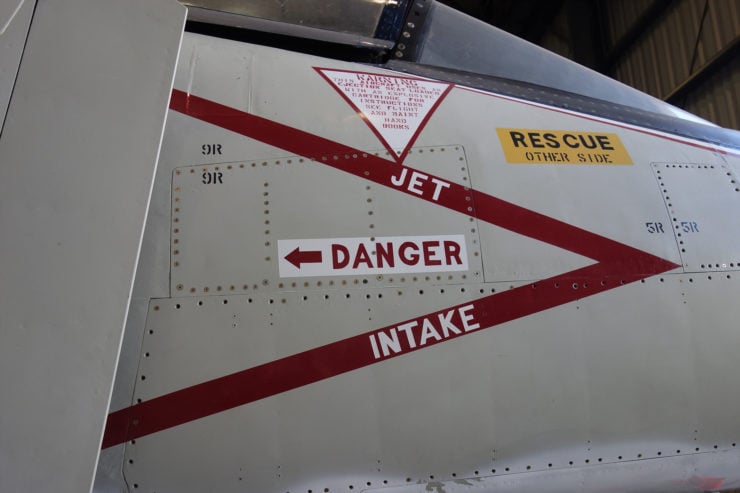 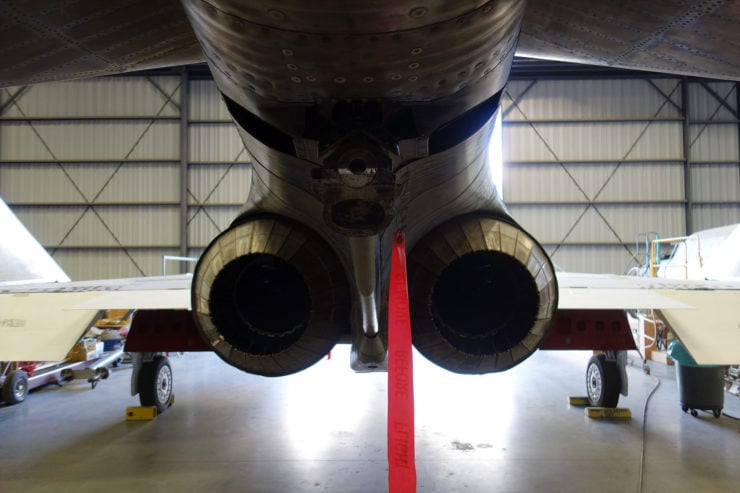 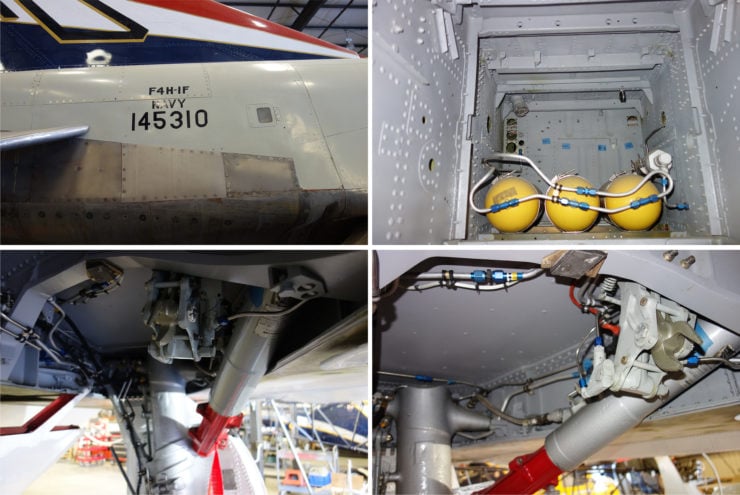 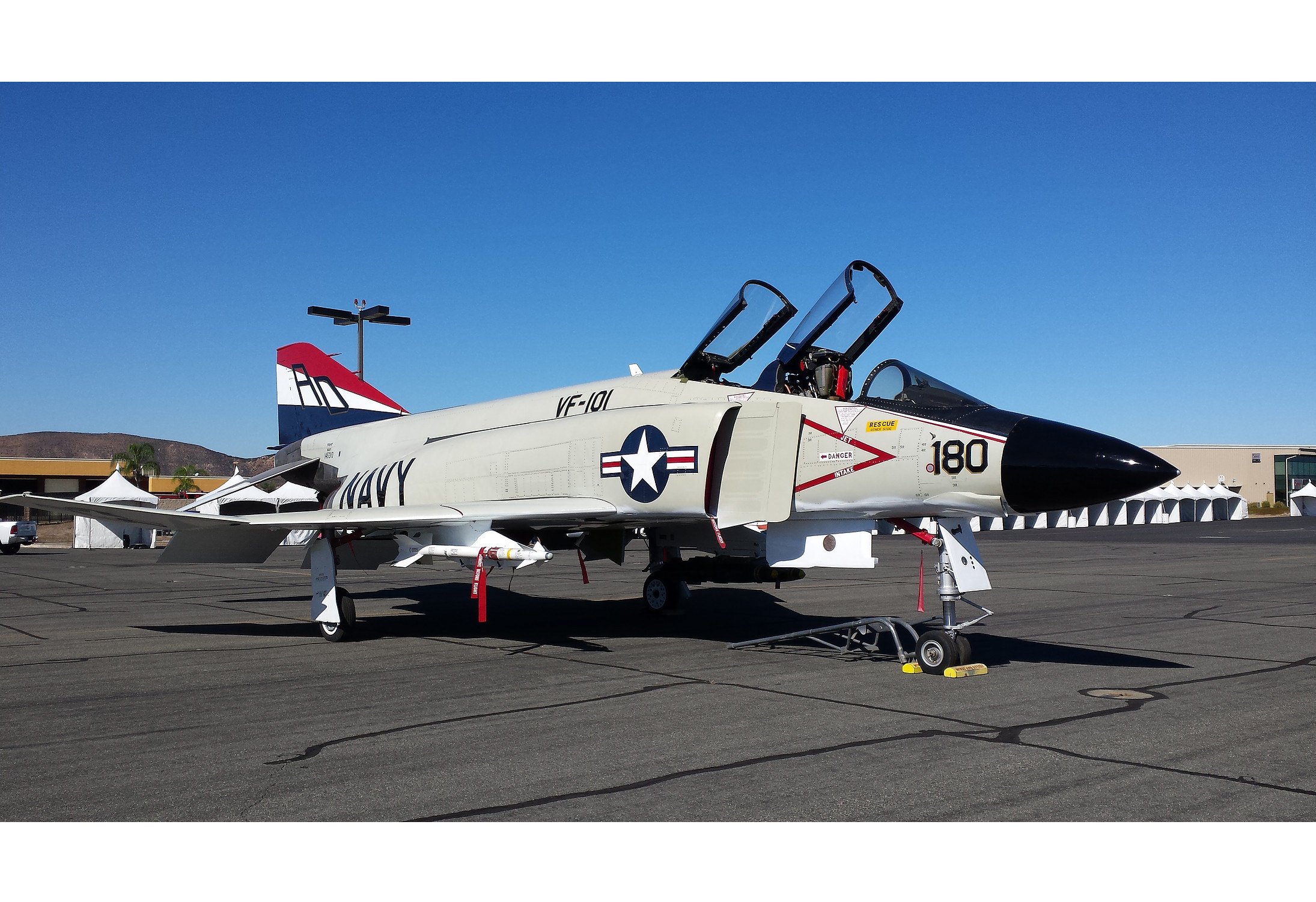