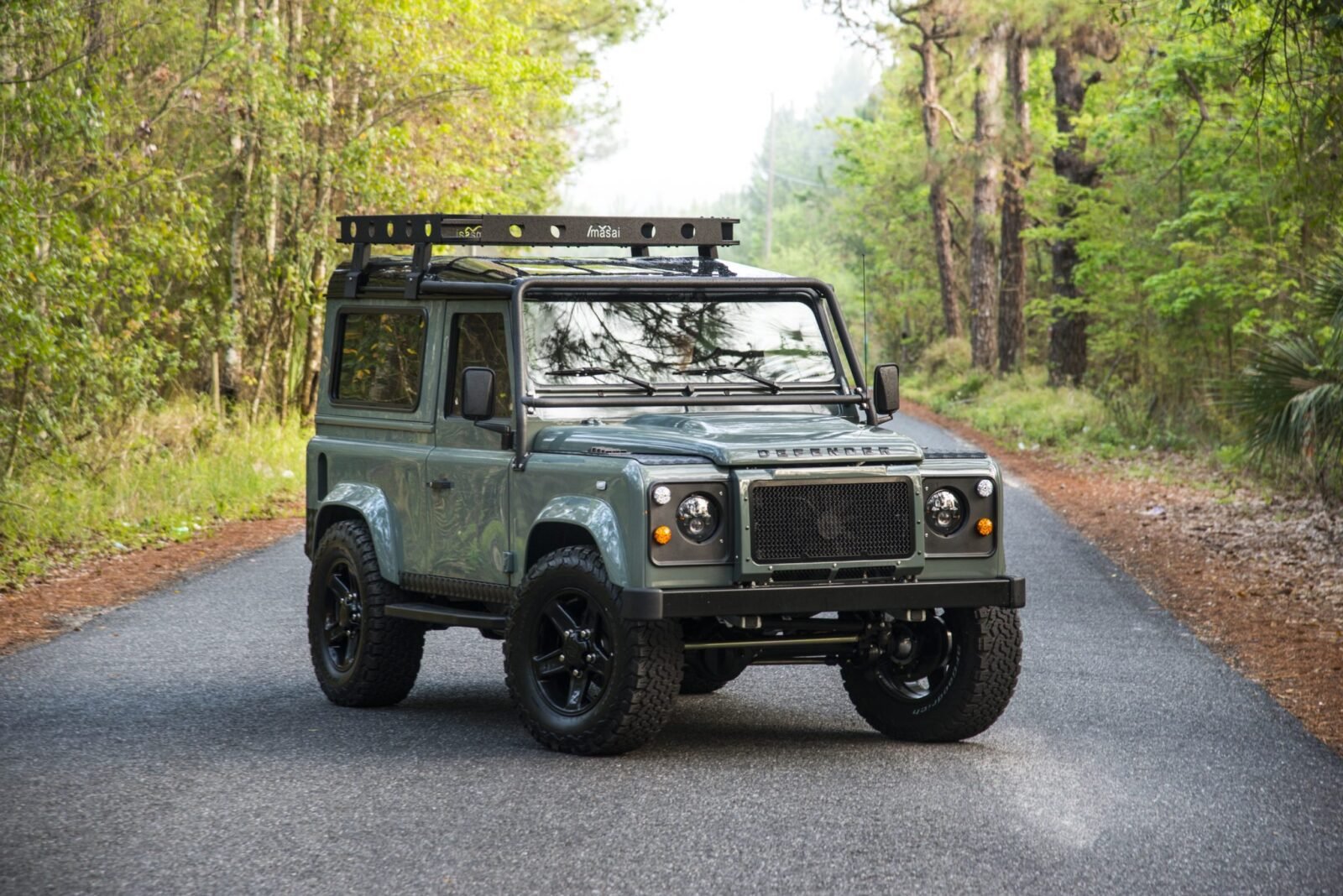 The Story of the East Coast Defender Project 13

The Land Rover Defender 90 shown here has been through a full tear-down and rebuilt at the hands of East Coast Defenders – it was commissioned by professional Major Soccer League player Servando Carrasco and his Olympic soccer star wife, gold medalist Alex Morgan. They worked closely with the team at ECD to choose every element of the new Land Rover, from the engine through to the final paint scheme.

They dubbed it Project 13 as a reference to Morgan’s jersey number and the entire rebuilt took place in East Coast Defender’s 21,000 square-foot facility in Orlando, Florida. The 29 member team at ECD have been building high-spec Land Rovers for over 25 years, and they’re recognised as one of the foremost marque experts on either side of the Atlantic.

Once the tear-down was completed the chassis was fully inspected, before being galvanised for corrosion protection. The original 3.9 litre Rover V8 was removed and a new far more powerful GM LC9 5.3L V8 was fitted in its place – with 326 horsepower fed to the differentials via a GM 6L80E 6-speed automatic gearbox.

A set of BF Goodrich All-Terrain tires were fitted on new alloys, and new rotors and callipers were fitted front and back to improve stopping power. Morgan and Carrasco chose a tasteful Keswick Green for the body (with a black top) – a heritage Land Rover colour that’ll be immediately recognisable to marque enthusiasts.

Elsewhere on the exterior a Zunsport grille was fitted, with KBX light surrounds and fender spats/vents, a Masai roof rack was added (on an exo-cage), new rocker guards were installed, along with new running boards and off-road bumpers.

ECD make a point of removing the original wiring loom and completely replacing it, they also added an Alpine touch-screen head unit with Bluetooth and Apple Car Play compatibility as well as GPS and a reversing camera. The original gauges were swapped out for Classic Instruments Moal Bomber gauges sitting behind a Momo steering wheel.

The completed Defender is now significantly quicker that it was before the 2000 hour rebuild began, without sacrificing any of its off-road capability. If you’d like to see more from East Coast Defenders or commission your own you can click here to visit the official website. 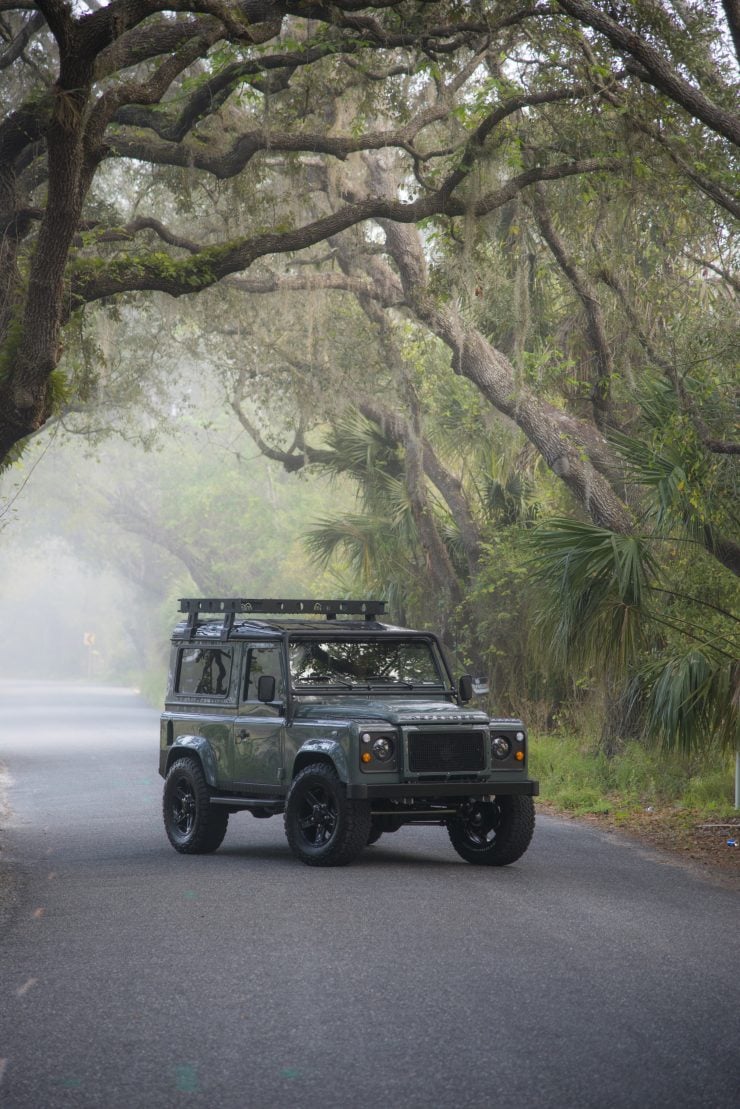 The Story of the Land Rover Defender

The Land Rover Defender did not start out as a “Defender” back when it was introduced in 1983. Instead it was first made in the long wheelbase version named the Land Rover One Ten, and its short wheelbase sibling followed in 1984.

This new model represented a significant departure from the original 1947 post-war Land Rover design done by Rover engineer Maurice Wilks. The original Series Land Rovers had been created to be strictly utilitarian agricultural vehicles and luxury car maker Rover had not intended to continue making them for more than three or four years after the war. The design actually lasted up into the 1970’s before Rover decided to significantly upgrade the vehicle.

In re-designing the Land Rover the engineers decided to make quite minimal changes, but significant changes that would resolve the vehicle’s shortcomings. This required improving the vehicle’s handling and stability which was accomplished by using wider track axles and a new coil spring suspension. Brakes were also improved as were the engines. The original 2.25 litre Land Rover in-line four cylinder petrol and diesel engines were retained, but the 3.5 litre V8 used in the Range Rover was added to the options.

The chassis remained largely the same as did the construction, Birmabright aluminium alloy body panels over a steel frame and steel bulkhead. Changes to the bodywork included a new higher one-piece windscreen and improved sound proofing, with more comfort inside the vehicle. All of this was done without compromising the Land Rover’s “Cairo to the Cape” capabilities.

The Defender remained in production largely unchanged until 2016 when manufacture ceased. It is a car with a rather high “coolness factor” and has been the subject of much customisation over the years. 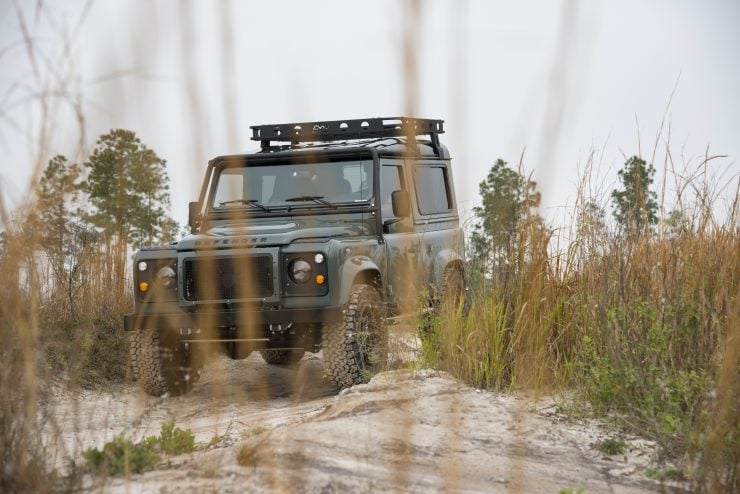 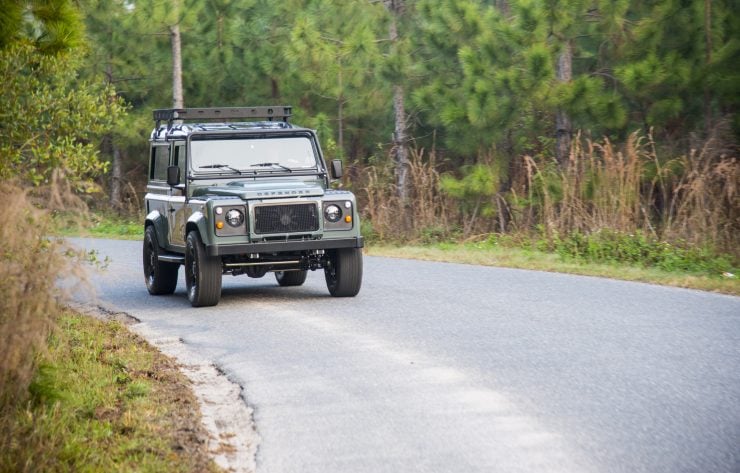 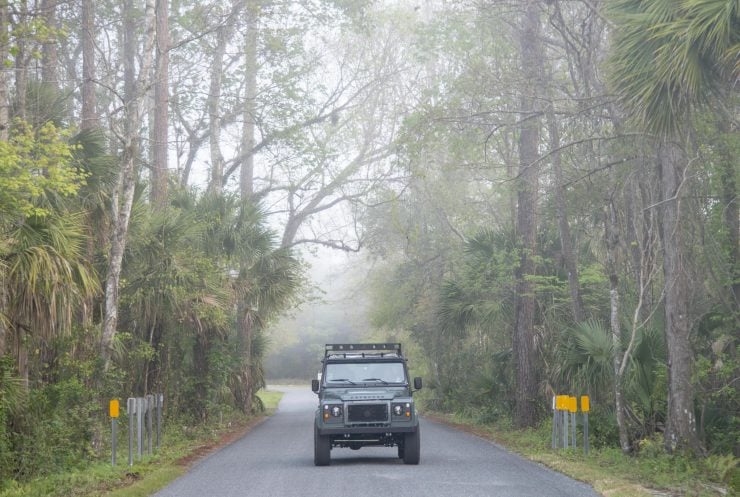 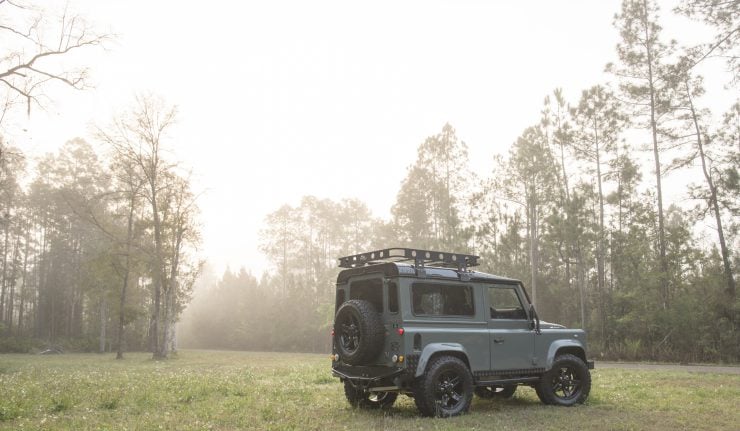 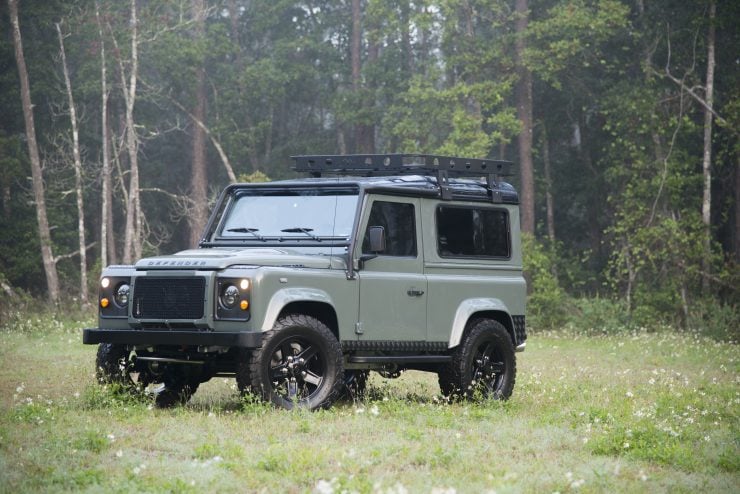 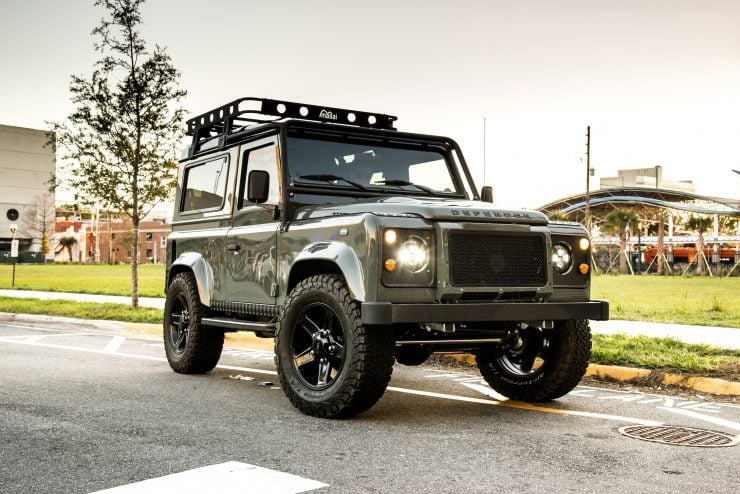 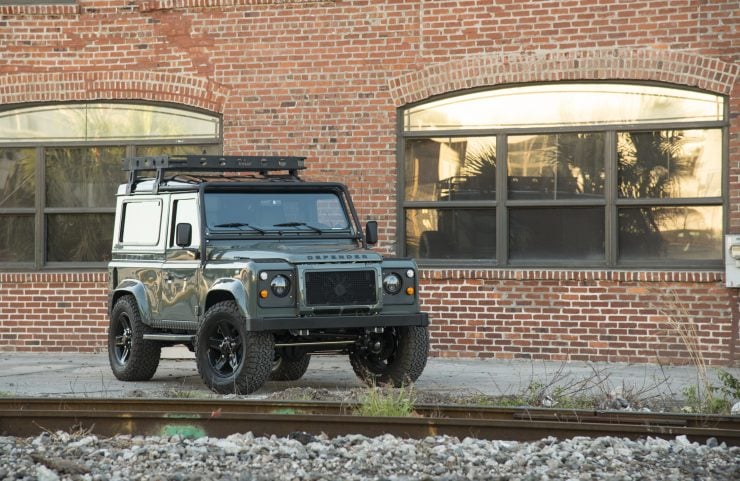 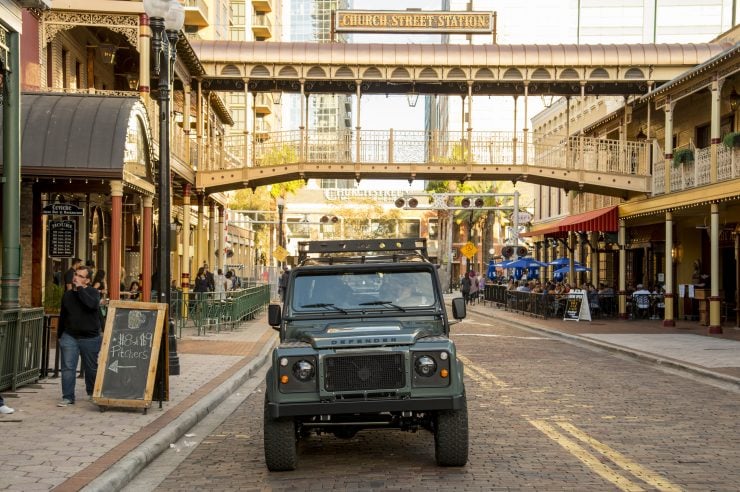 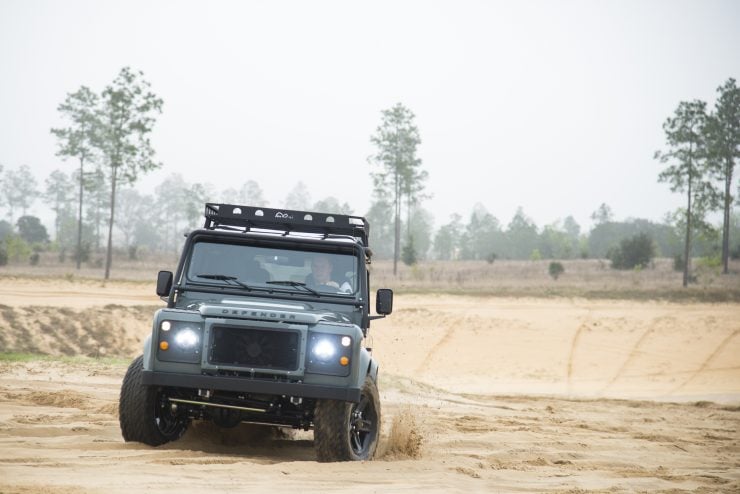 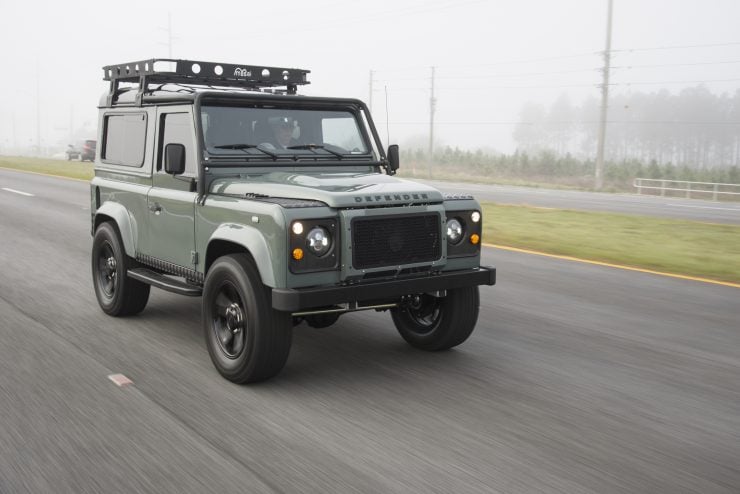 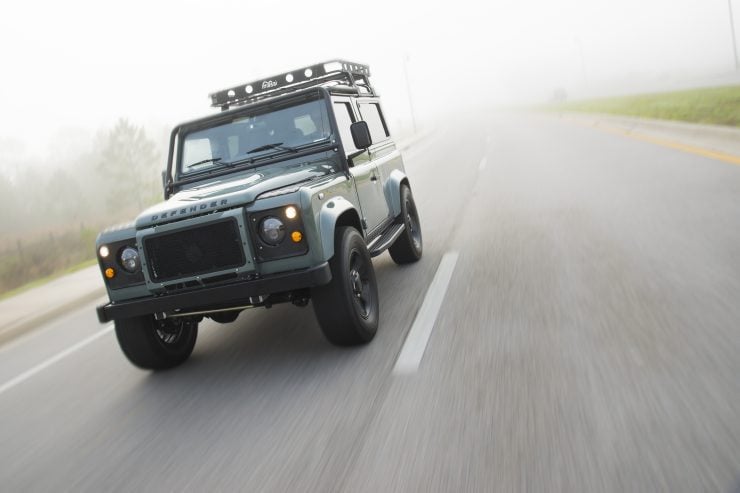 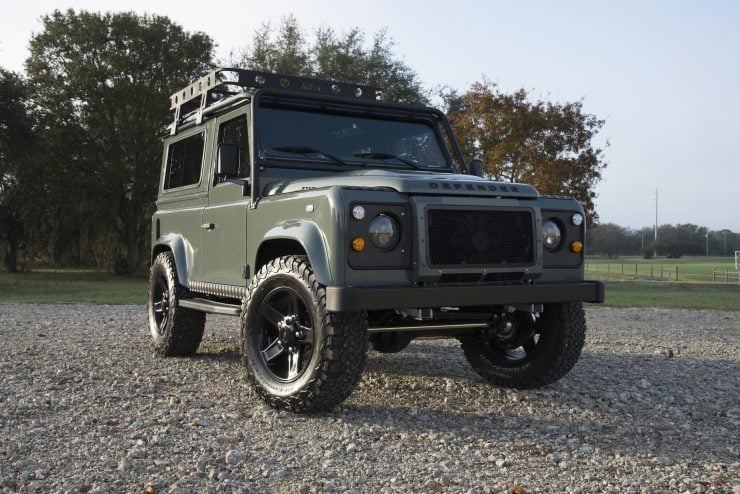 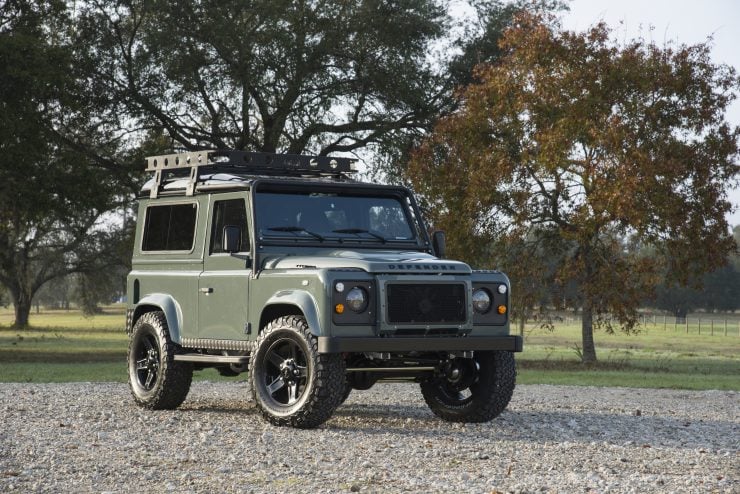 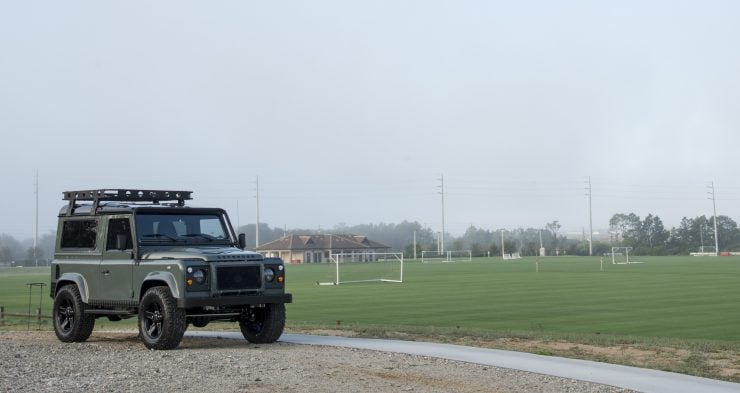 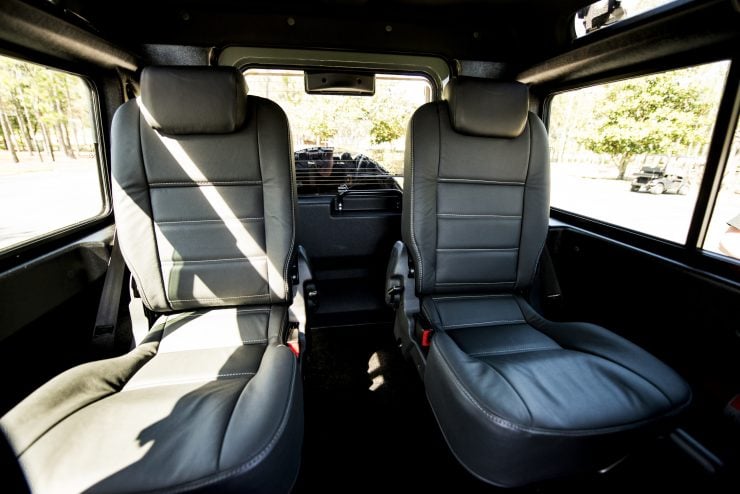 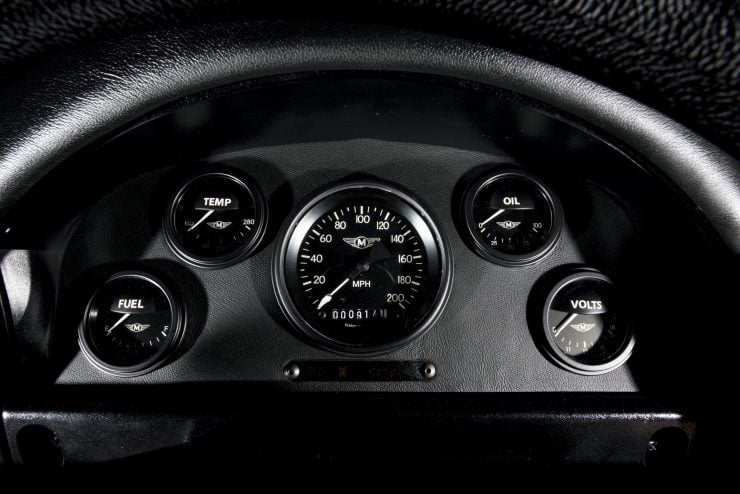 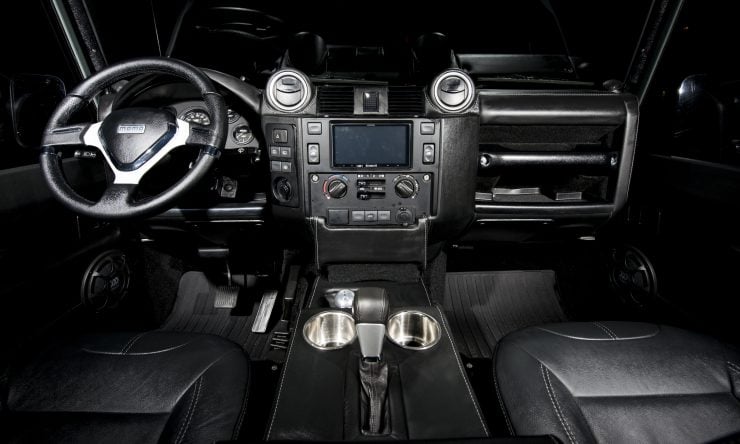 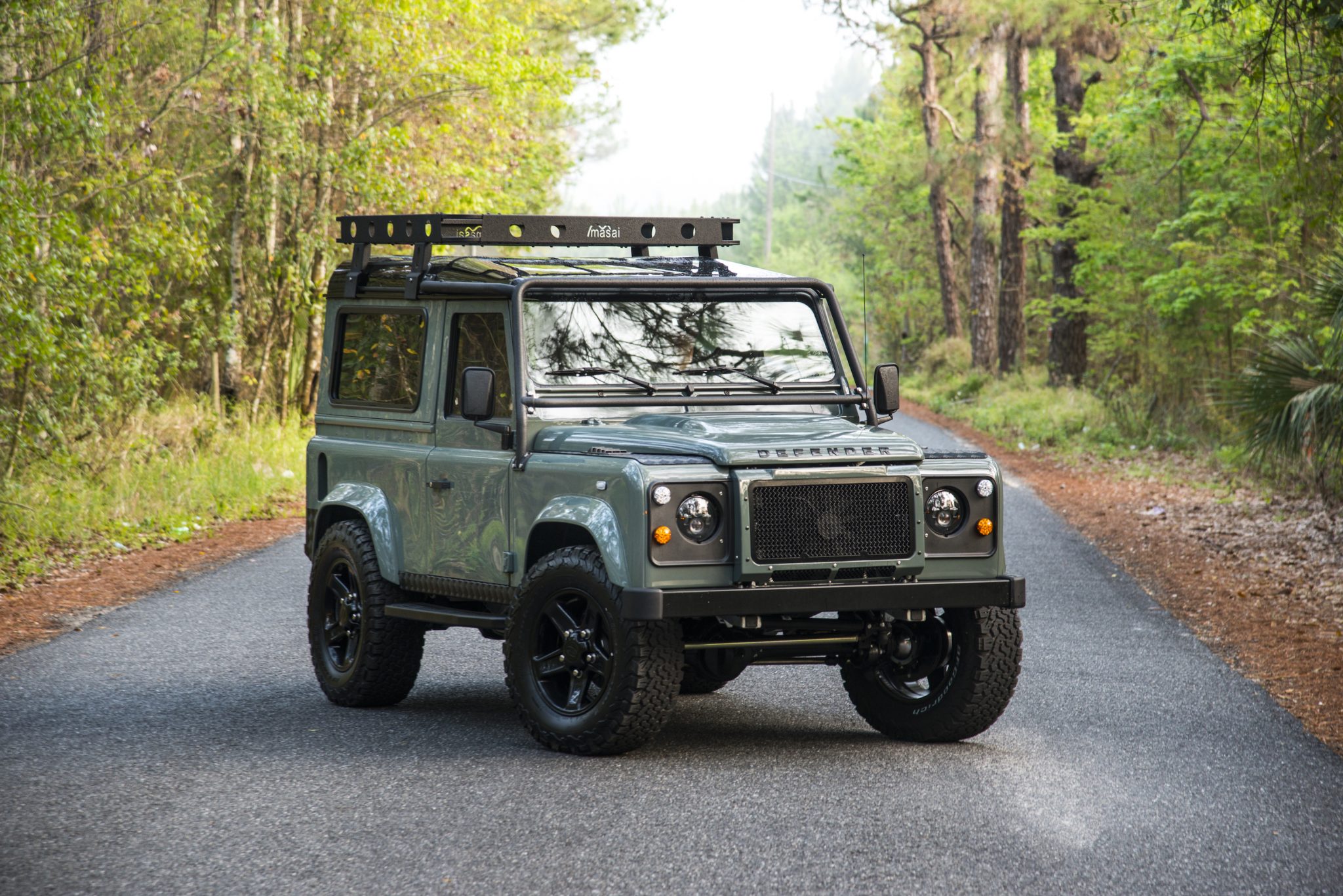 Just three examples of the Ferrari 375 America were bodied as coupes by Turin’s legendary Carrozzeria Vignale in 1954, each of the cars…

Alfa Romeo Matta AR51 was Italy’s answer to both the American Jeep and the British Land Rover, though truth be told it was more…

The E-Type, known as the XKE in the United States, is widely regarded to be one of the most beautiful cars of all time….

This documentary was created to showcase the engineering that went into each new Porsche in the 1960s, it was specifically made for the…