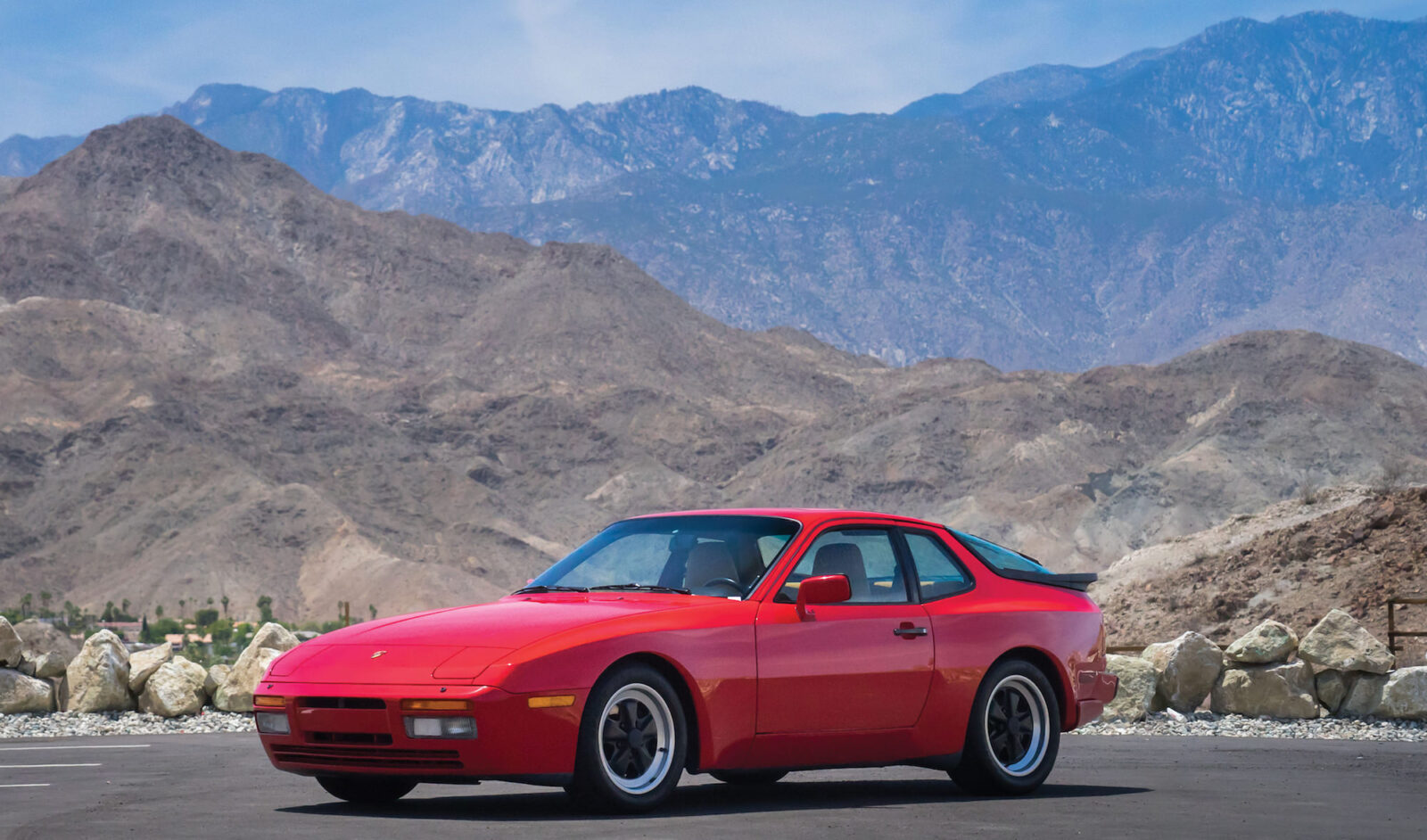 The Porsche 944 Turbo was the pinnacle of 944 development, which itself had started with an ill-fated agreement between Porsche, VW and Audi to co-develop a car that would share a common platform.

VW eventually pulled out of the arrangement so Porsche bought the rights to the project and carried on – eventually releasing the 2 litre 924 as a replacement for the somewhat long-in-the-tooth 912E.

Porsche purists decried the new 924 as being not an authentic Porsche due to its Audi engine and lukewarm performance, so the engineers at Stuttgart set to work creating an all new alloy 2.5 litre 4-cylinder engine and a heavily revised 924 body with flared fenders, upgraded suspension and better brakes. This new model was designated the 944, and it quickly began to win over those who had been disillusioned with its predecessor.

Many automotive journalists consider the Porsche 944 to be one of the best handling cars of the 1980s, its wide stance, light engine and almost perfect front-back weight distribution (50.7% / 49.3%) is still unrivalled by many far more modern sports cars. The only complaint was a slight lack of power from the 2.5 litre engine, it produced between 143 and 147hp depending on specification – which resulted in 0-60 times of just under 9 seconds and a top speed of 130+mph.

Porsche’s solution to the power issue for the 944 was the same as their solution to the same issue they had faced a few years previously with the 911 – turbocharging. The 944 Turbo was unveiled in 1985 with a slew of improvements, from brakes and suspension to a strengthened transaxle, ceramic port liner, forged pistons and improved aerodynamics.

With a 0-60 time of 5.9 seconds and 217bhp, the new Porsche 944 Turbo silenced the critics and provided what was possibly the perfect vehicle for the decade of yuppie excess. The loud, fast and broad shouldered new Porsche sold well and is credited by some with saving the company from financial ruin. In recent years we’ve seen vintage Porsche 911s undergo an astonishing increase in value, but this hasn’t been true of the 944, which means it’s still possible to pick up a tidy 944 Turbo for almost affordable sums of money.

The 944 Turbo you see here is due to be auction by Auctions America on the 17th of July in California, it has an estimated value of approximately $45,000 USD and some in one of the best colour combinations – red with a tan leather interior and original Fuchs wheels. 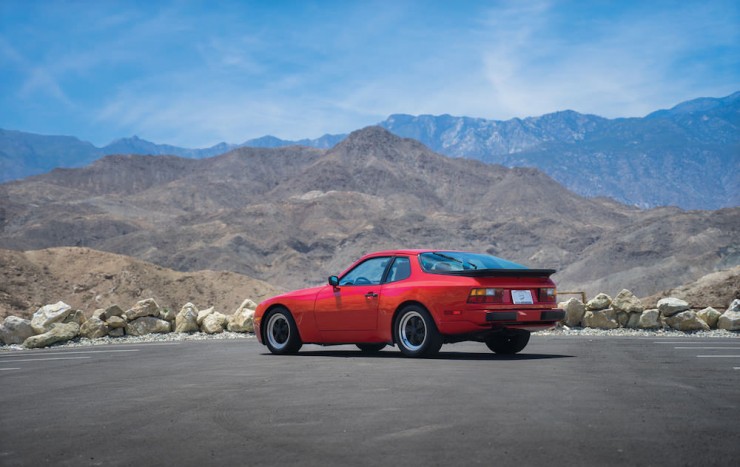 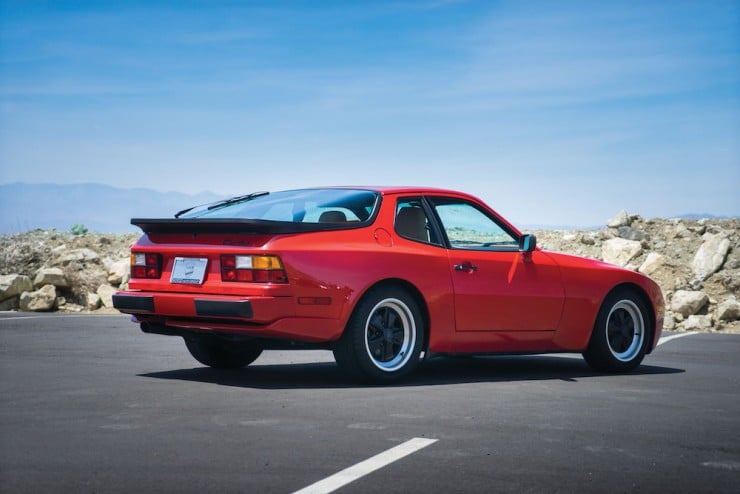 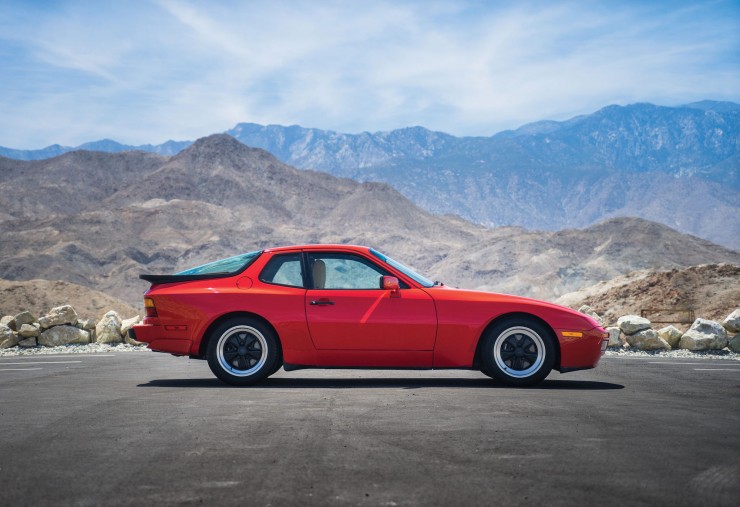 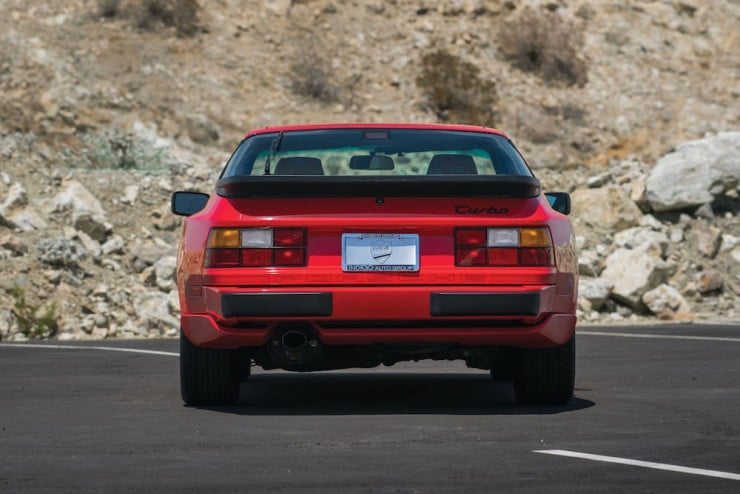 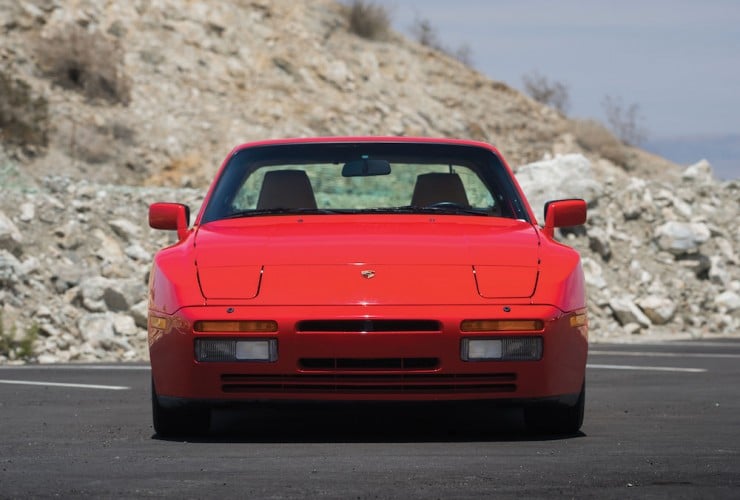 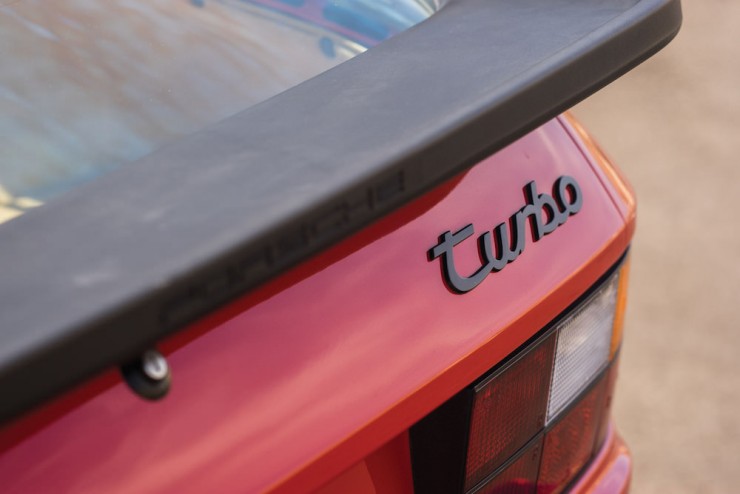 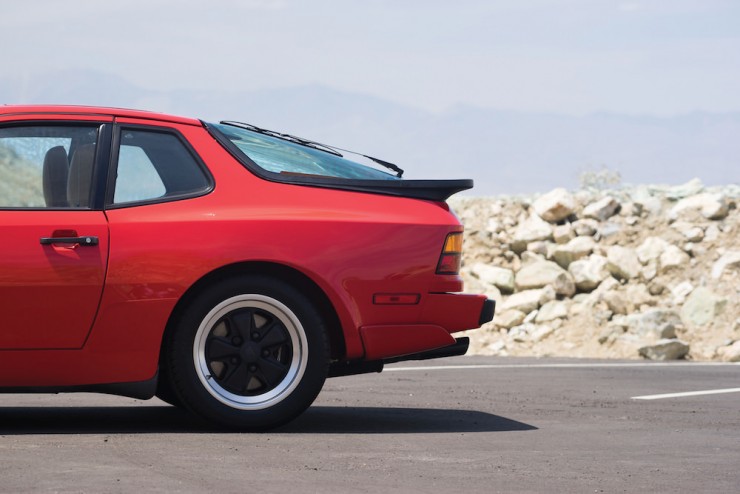 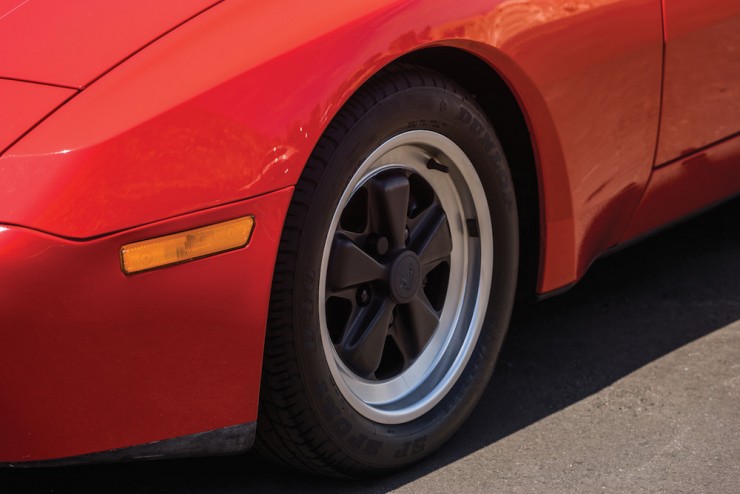 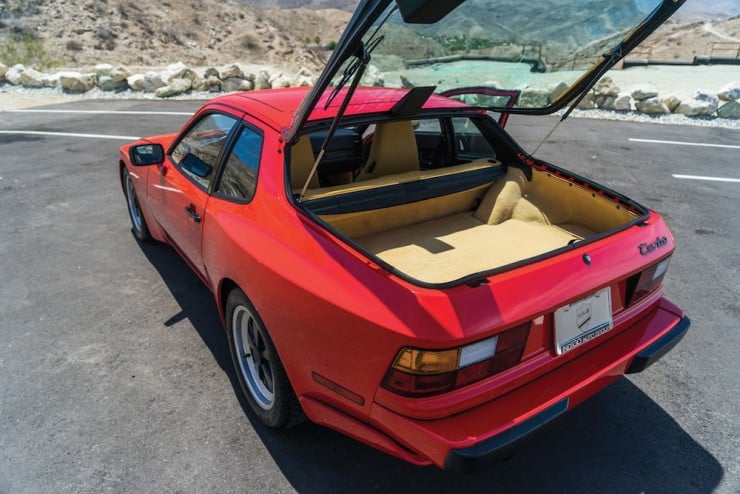 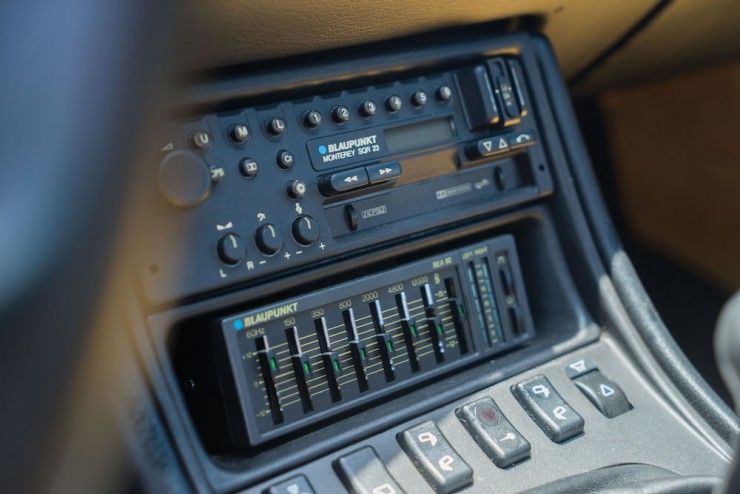 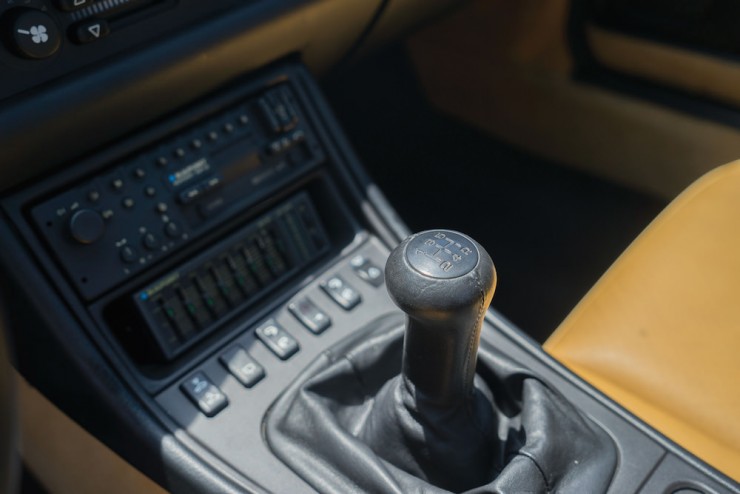 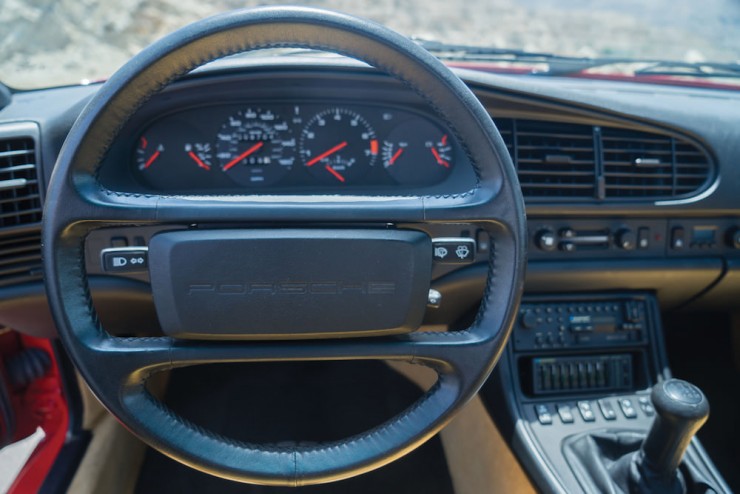 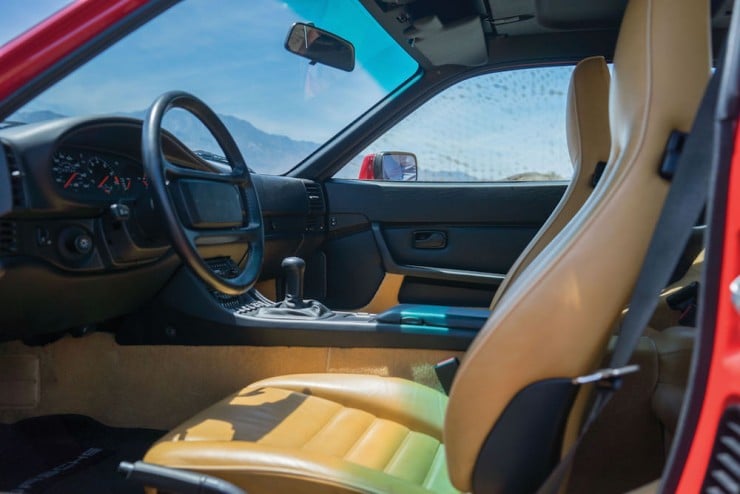 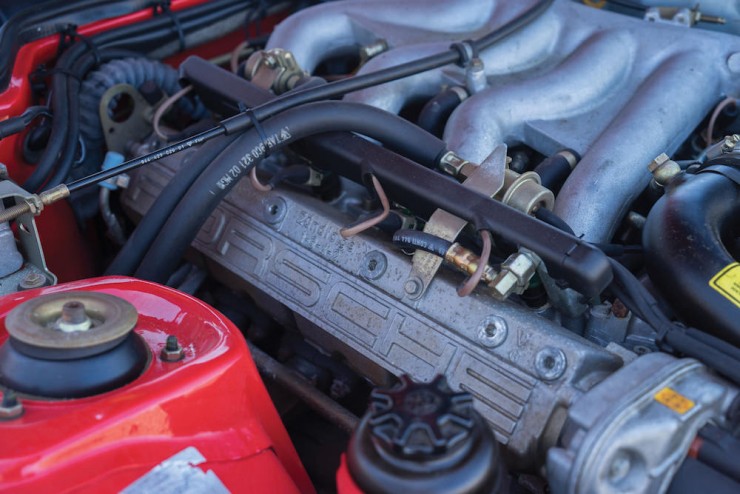 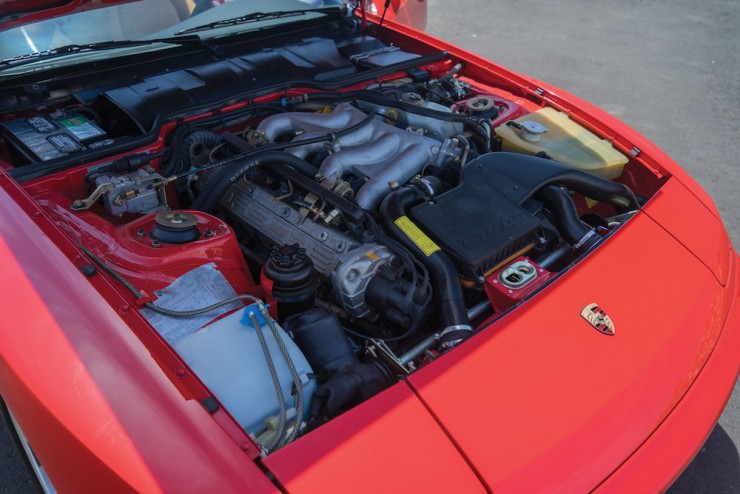 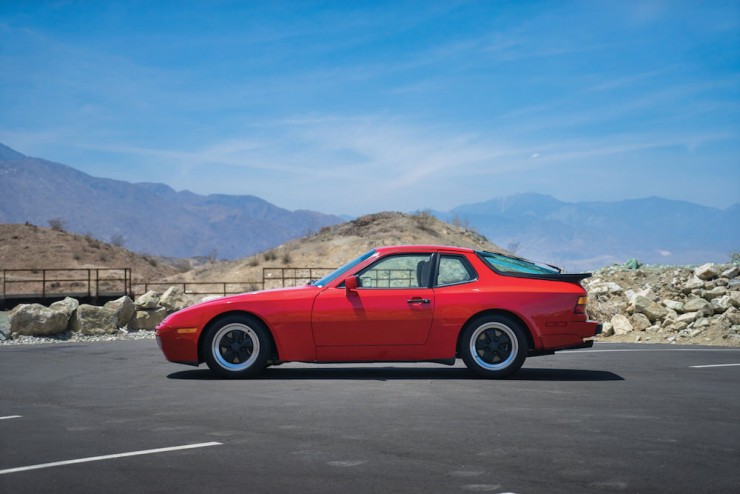 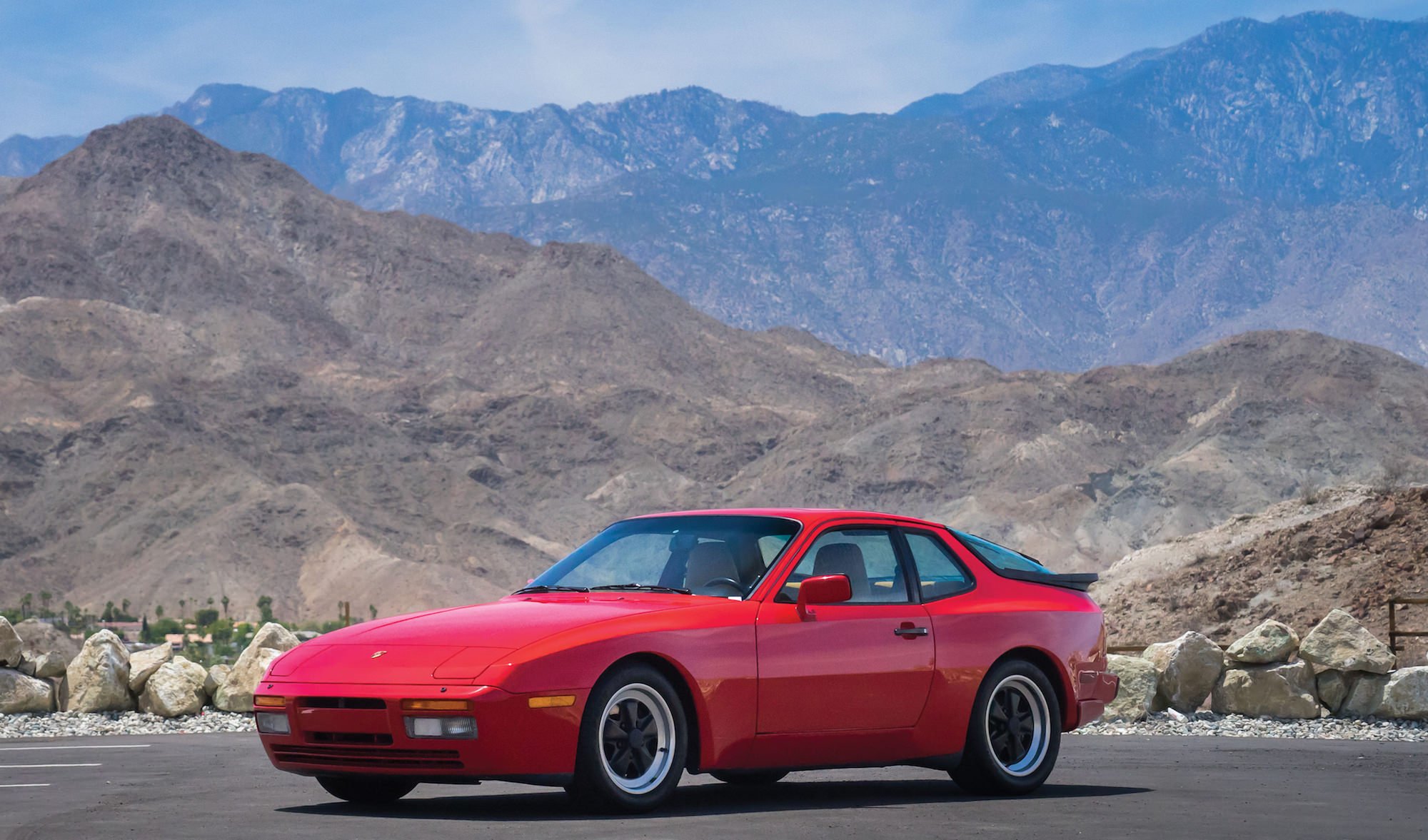