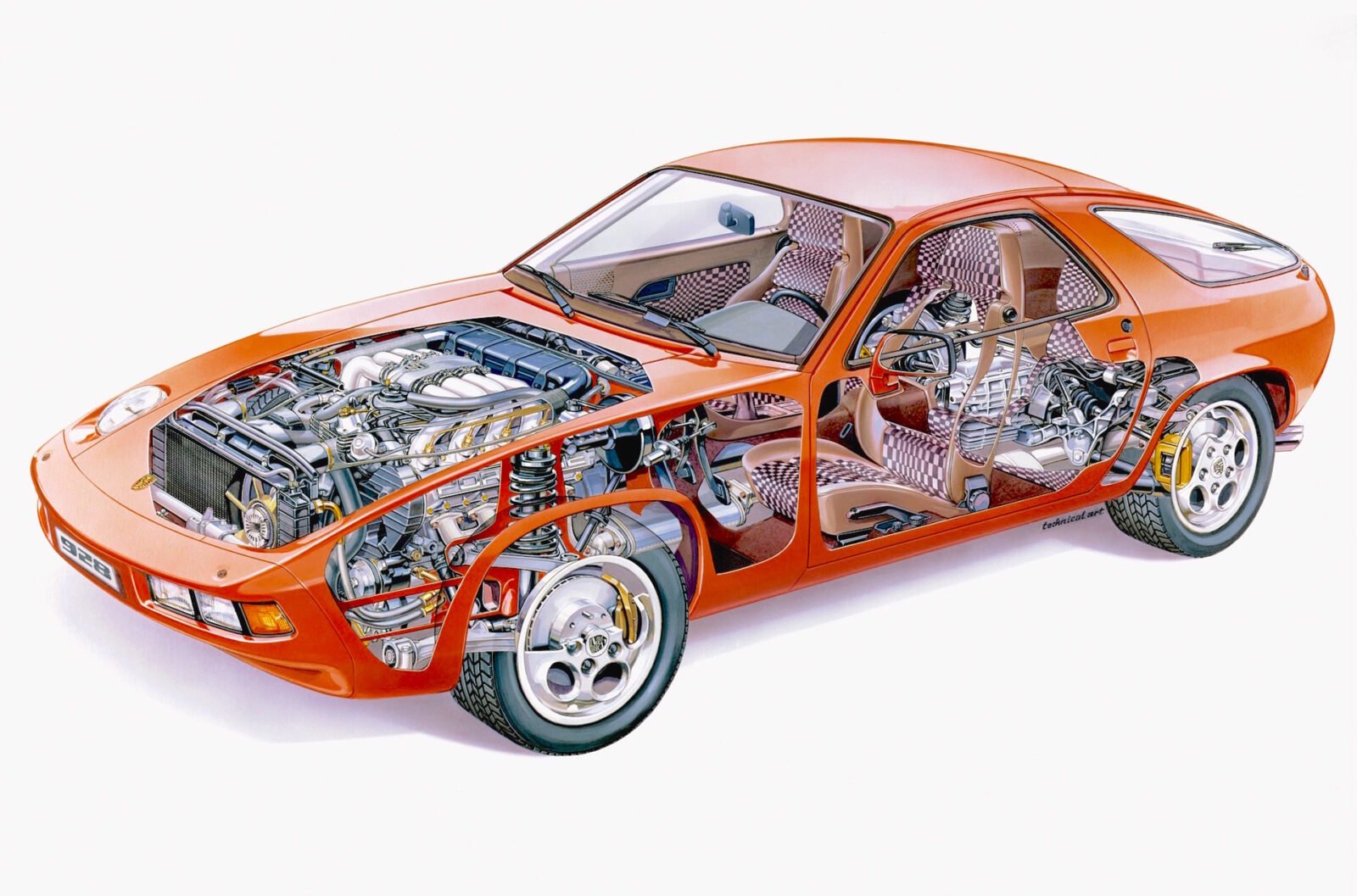 The Porsche 928 was originally developed as a replacement to the 911, and while many of us are exceedingly glad that this never eventuated, the 928 is still an excellent and quintessentially German motor car.

The styling of the car was groundbreaking and it caused quite a stir at the 1977 Geneva Motor Show where it was first shown to the general public, far from being just another concept car the 928 was ready for production, and customers began taking deliveries a year later in 1978.

With a front mounted 4.5 litre V8 the car was a far cry from the air-cooled, rear-engined vehicles that people expected from Porsche, the 928 utilised a transaxle to give it almost perfect 50/50 weight distribution and the track tests of the day showed that it was capable of setting very similar lap times to the entry level 911.

Over 61,000 Porsche 928s were made over its production life, this means that they can be bought relatively inexpensively now (certainly for much less than a comparable 911) and even the most ardent 911 fanatic will admit that the 928 is the better grand touring car. 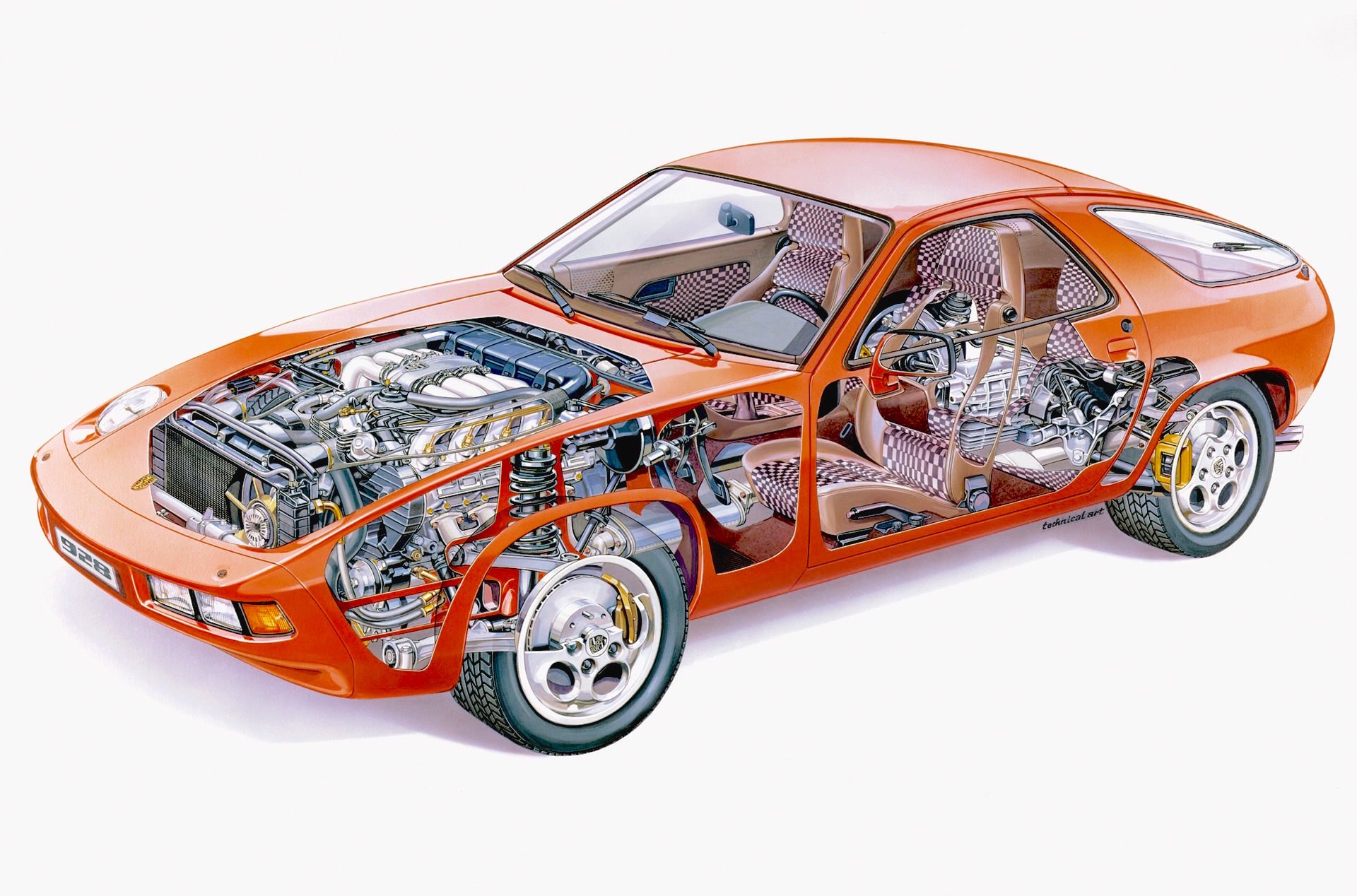