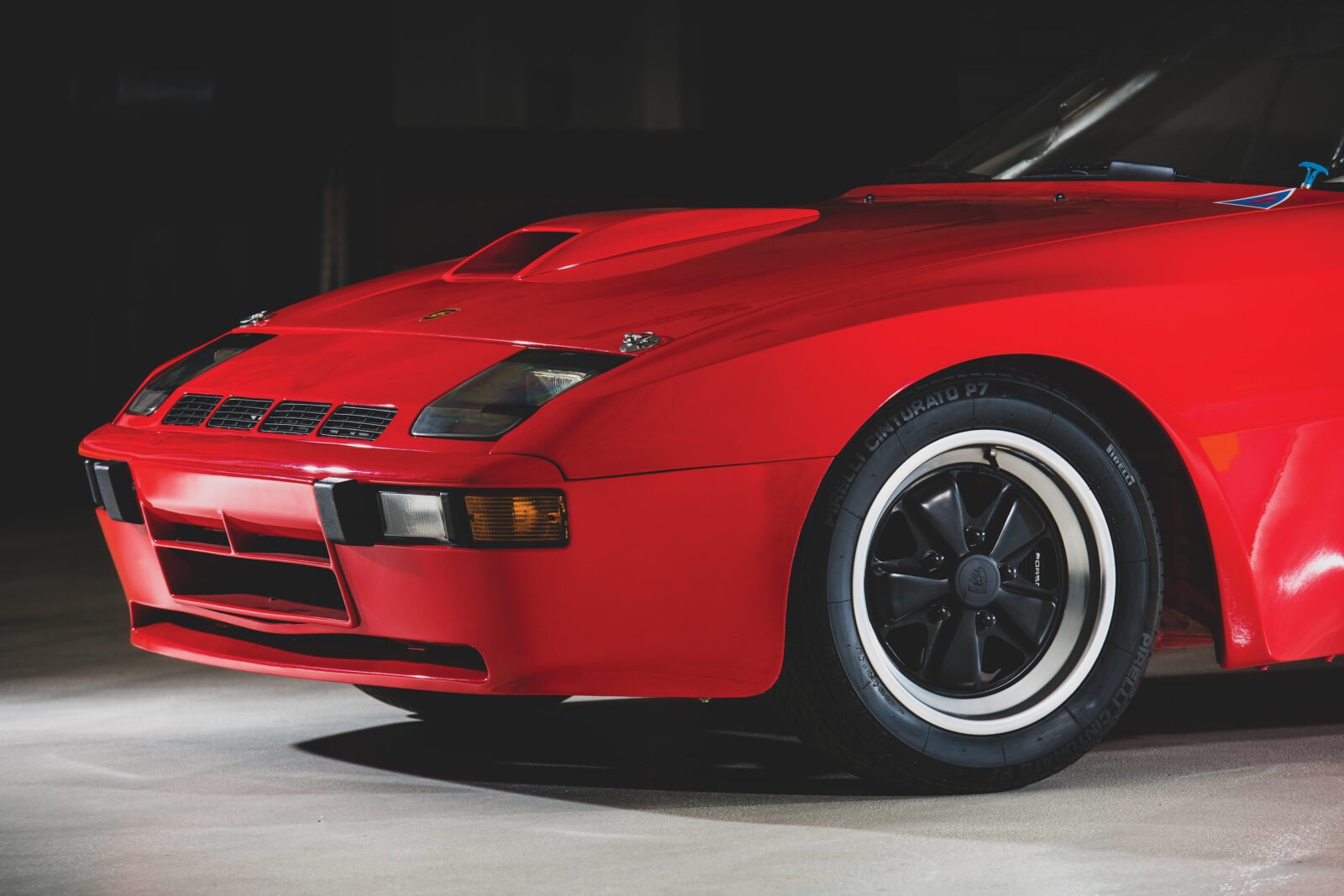 The Porsche 924 Carrera GTS Clubsport is a rare variant of the 924 designed specifically for competition. It’s based on a steel unibody shell of the standard Porsche 924, but not much of the original car remains as almost every single part was modified, replaced, or improved.

The 924 is a notably controversial car in the history of the German marque. No one can deny it sold in significant numbers and helped keep Porsche in business, but its relatively low power output and subsequently poor performance has meant that it’s always lived deep in the shadows of the Porsche 911.

The project to build the 924 was originally assigned to Porsche from Volkswagen who lacked sufficient engineering experience to develop their own modern sports car. Porsche developed a liquid-cooled, front engined, rear wheel drive vehicle with excellent aerodynamics and optimal 48/52 front rear weight distribution thanks to a rear mounted transaxle. 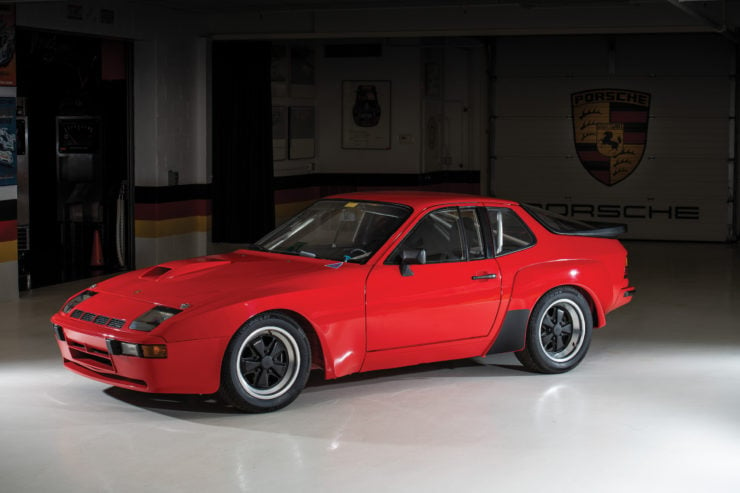 The VW EA831 2.0 litre inline-4 cylinder engine was chosen for the car as it had been a requirement from VW that one of their own engines be used. This same engine was used in the Audi 100, however the Porsche version had modified cylinder heads and a number of other enhancements.

Although the EA831 2.0 motor was never really intended to be a performance engine, Porsche engineers would significantly redesign it over the lifespan of the 924. Some later race-only variants would manage 420 hp – over 4 times the original power output.

The Porsche 924 would remain on sale from 1976 to 1988, they sold almost 150,000 of them, and of course the design would form the underpinnings of the Porsche 944. Many have also pointed to the much beloved’s first generation version of the Mazda RX7 (SA22C), and its obvious design influence from the 924. 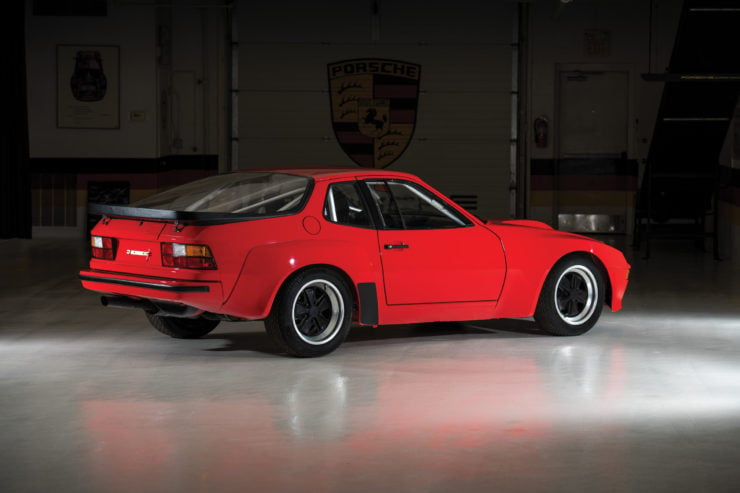 The 924 Carrera GT was developed to homologate the 924 for Group 4 competition in the 2 litre class. It used a turbocharged, intercooled version of the EA831 with signifiant internal modifications now producing 210 horsepower. A strict weightloss program saw the vehicle’s weight drop by 330 pounds compared to the standard car, and wide wheel arches were fitted front and back to allow increased track width.

406 examples of the Carrera GT were built, in 1981 Porsche further built on the 924 racing program by developing the Carrera GTS. This version can be easily distinguished by its plastic-covered rectangular headlights and the additional venting in the nose. 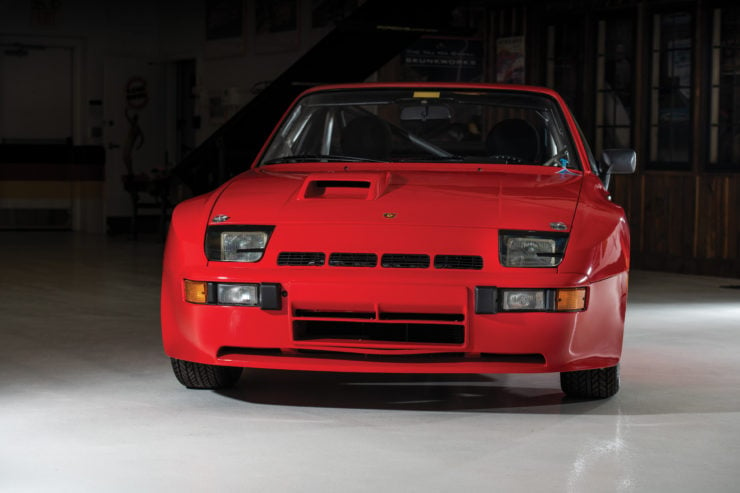 The engine was further worked and now produced 245 hp at 6,250 rpm, it weighed in at just 2,300 pounds thanks to extensive use of fibreglass and perspex in the body and windows. The suspension was replaced with Bilstein coil-overs at all four corners and the Porsche 930 donated its hefty ventilated and cross-drilled disc brakes.

The Clubsport version was more powerful still, with the bore increased slightly to raise displacement to 2,093 cc, and a larger air-to-air intercooler helping to produce 275 bhp at 1.1 Bar. The Porsche 924 Carrera GTS Clubsport can do the 0-60 mph dash in 5.2 seconds and hit a top speed of 160 mph. Just 50 examples of the Carrera GTS were built, and only a small number of these were the Clubsport variant.

The car you see here was sold new to an owner in the United States, as the car couldn’t be road-registered he added it to his collection and it was barely used. It carries just 47 kilometres on the odometer to this day, possibly making it the lowest mileage example in the world.

If you’d like to read more about it or register to bid you can click here to visit the listing on RM Sotheby’s. It’s due to cross the auction block on the 28th of September with and estimated value of between $250,000 and $350,000 USD. 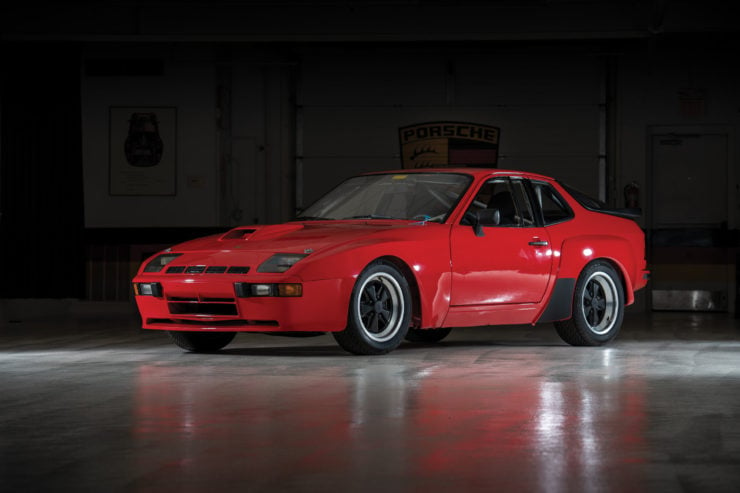 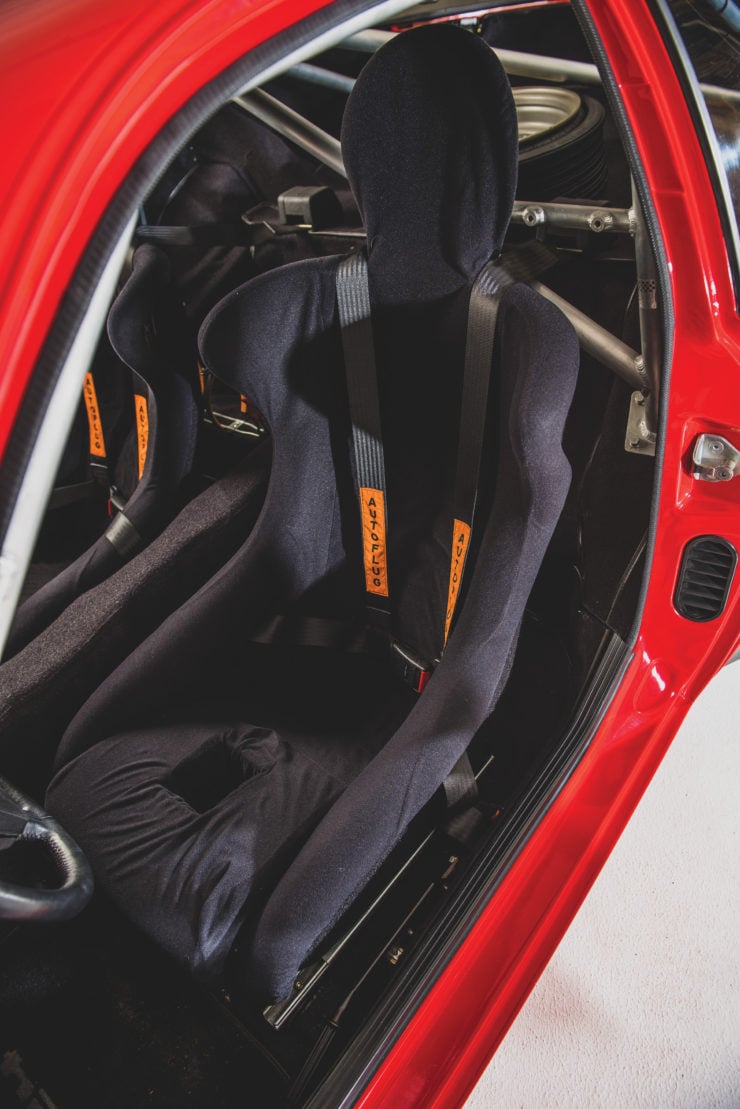 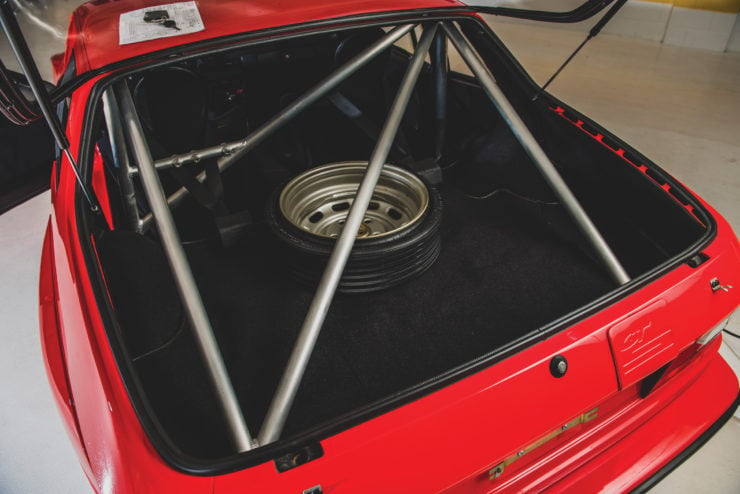 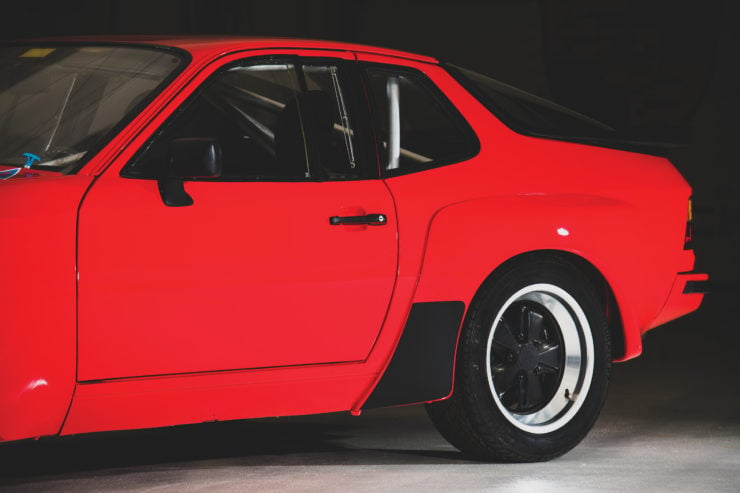 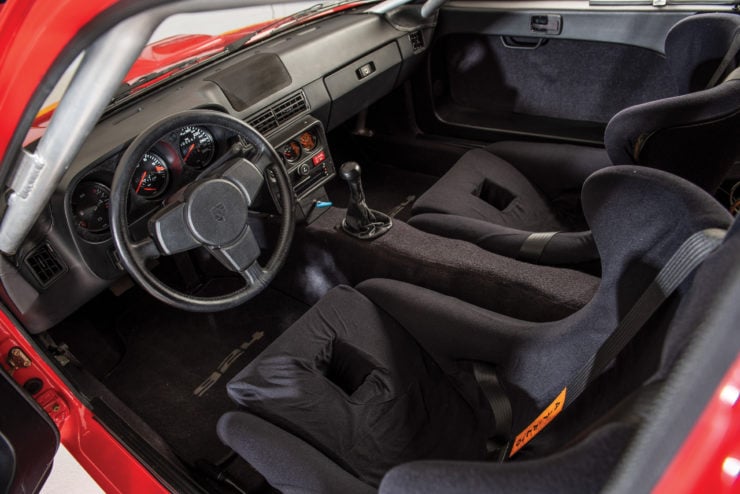 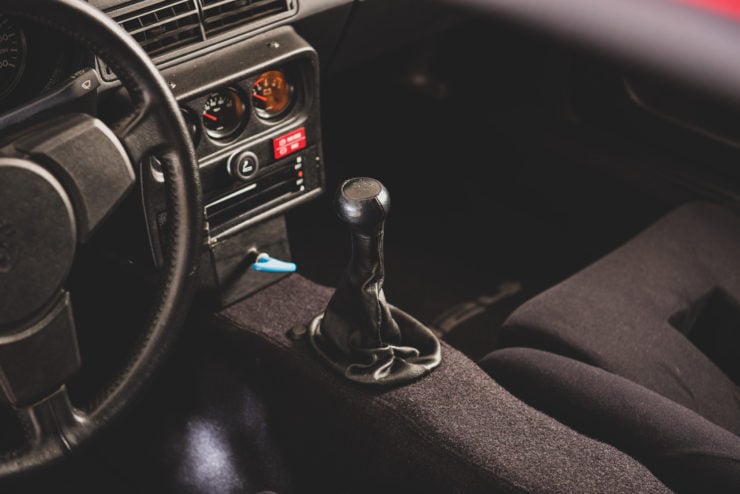 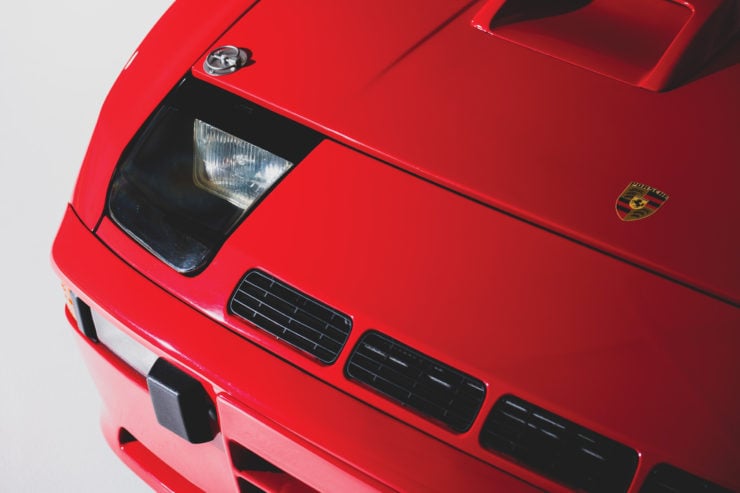 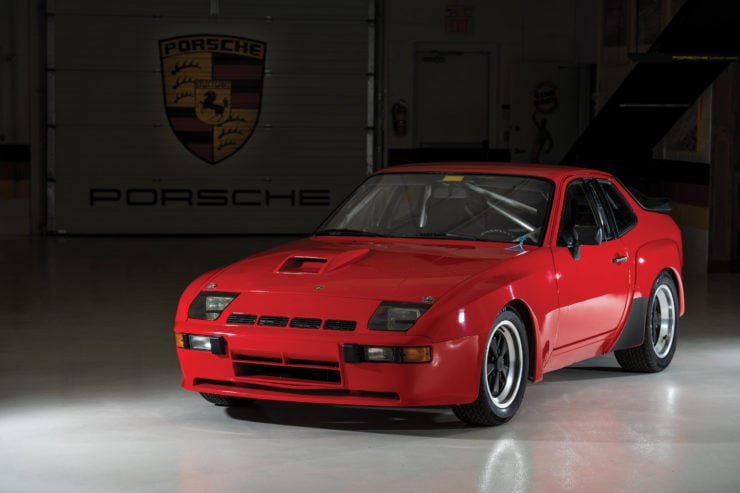 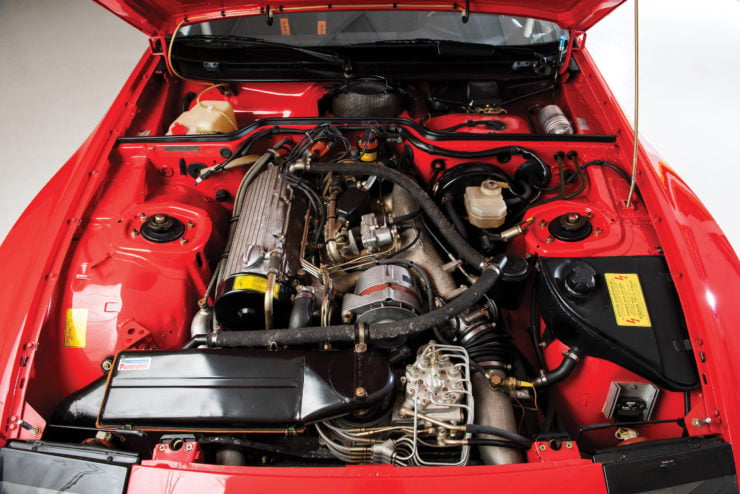 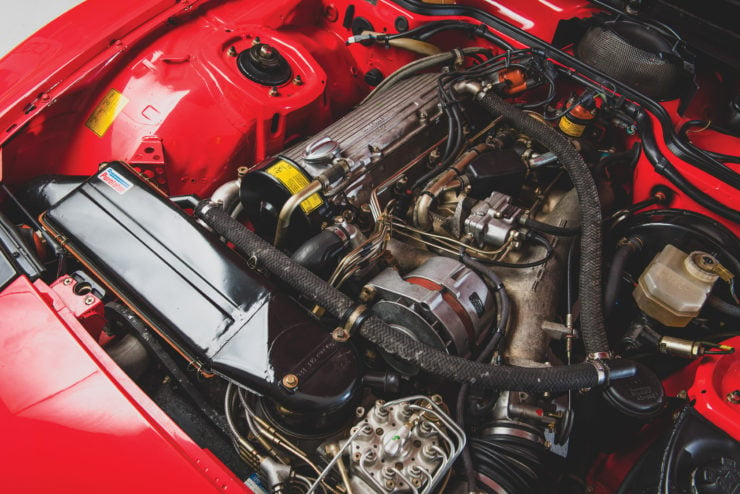 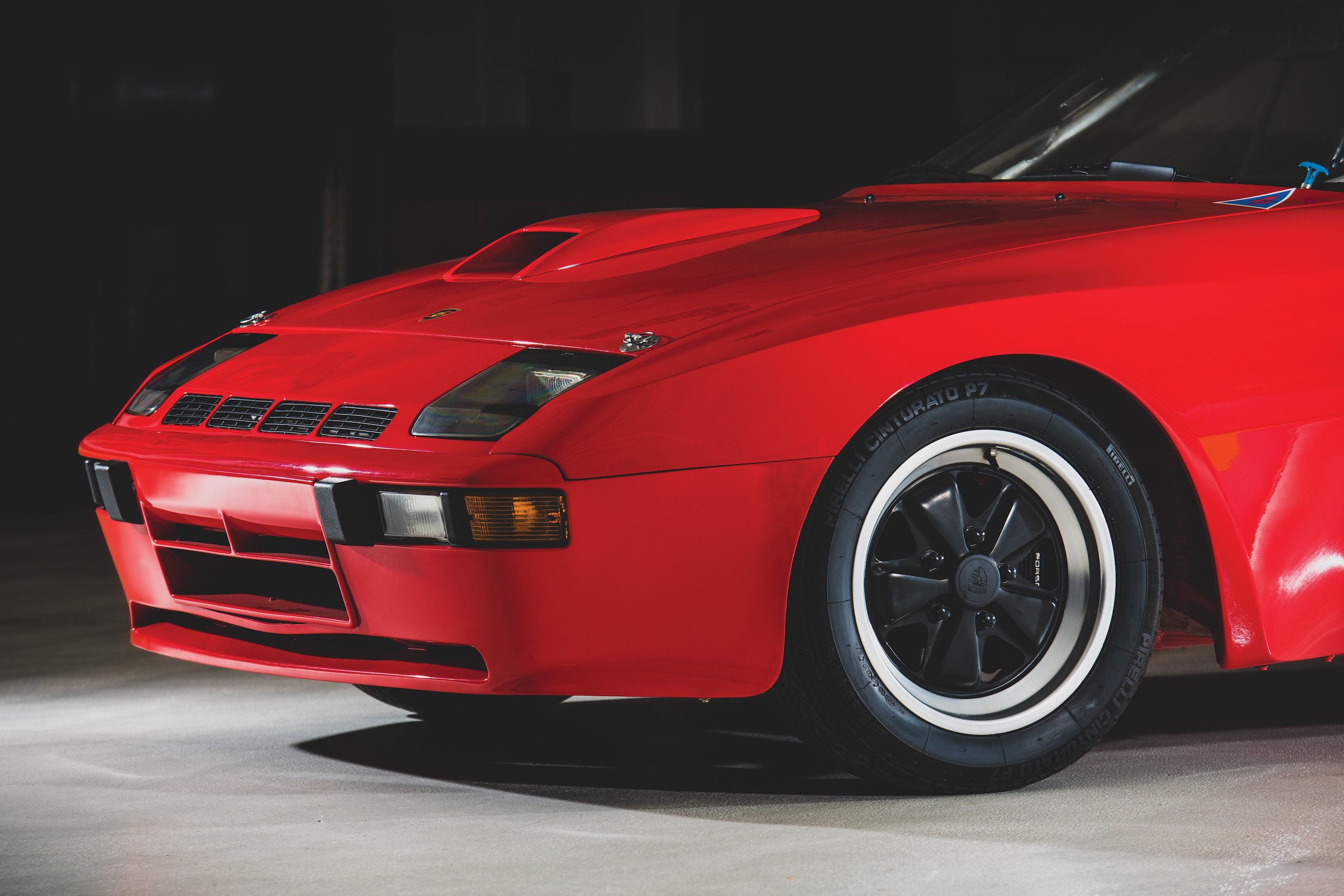