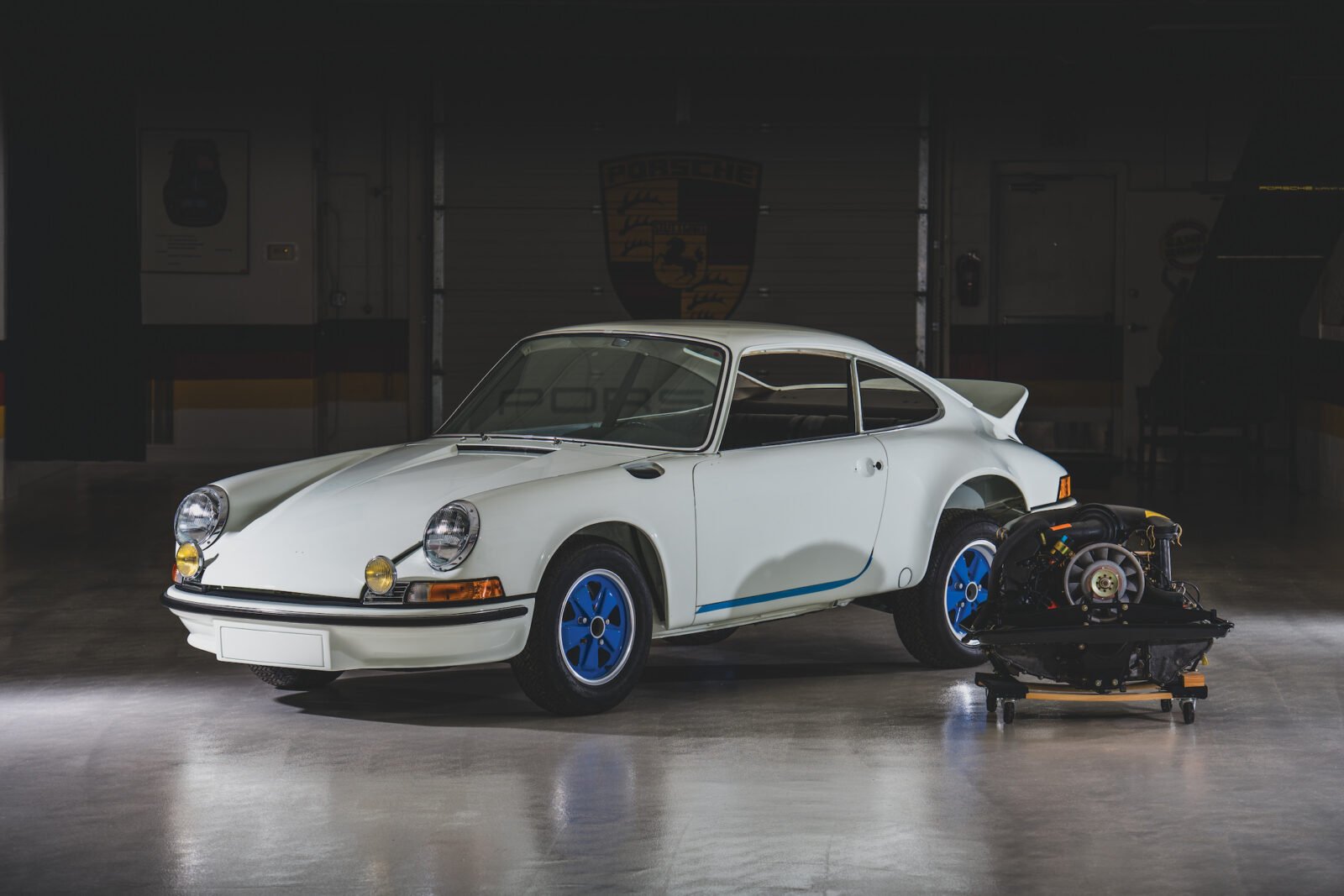 The Porsche 911 Carrera RS was developed from the standard 911S to compete in the FIA Group 4 category.

This category was more focussed on production-based race cars than track-only prototypes, and as such Porsche needed to build 500 examples of the Carrera RS 2.7 to homologate it for competition.

There was much concern at Porsche as to whether they’d be able to sell 500 of them. The Carrera RS 2.7 is a stripped down performance car with many of the luxuries removed for weight savings, and the worry was that there would be a limited market for a car like this.

Porsche officially unveiled the new model at the 1972 Paris Auto Show and before long the initial production run of 500 cars had all been pre-ordered by customers. By the time the Carrera RS 2.7 was replaced in 1974 Porsche had sold 1,580 of them. 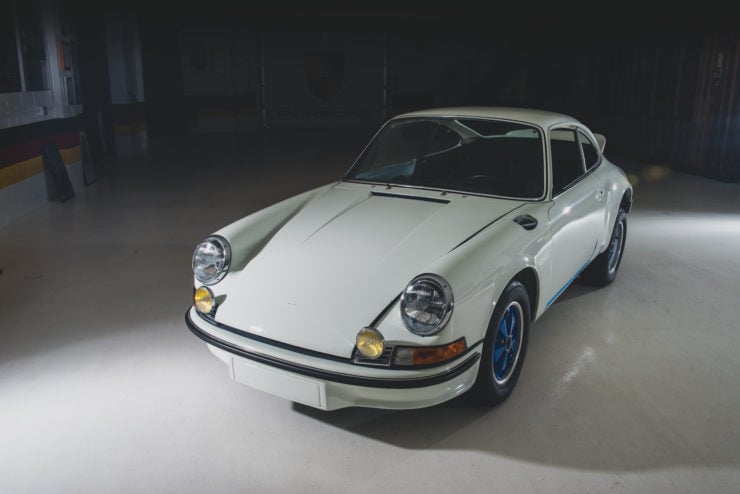 The Carrera RS 2.7 was developed by Porsche’s Ernst Fuhrmann and Norbert Singer, they knew they needed to strip as much weight from the standard 911 as possible and boost power output for it to be able to realistically compete with the cars at the pointy end of the Group 4 grid.

They started by taking the standard 2.4 litre flat-6 used in the 911S and increasing the capacity and power output from 190 hp up to 207 hp with a notable increase in torque. An intensive weightless program was undertaken to produce two sub models, the Touring and the Sport Lightweight.

The Touring model features thinner-gauge steel in non-stressed body panels, bumpers and the rear engine lid were made from fibreglass, there was no sound proofing, and a minimally-equipped interior. 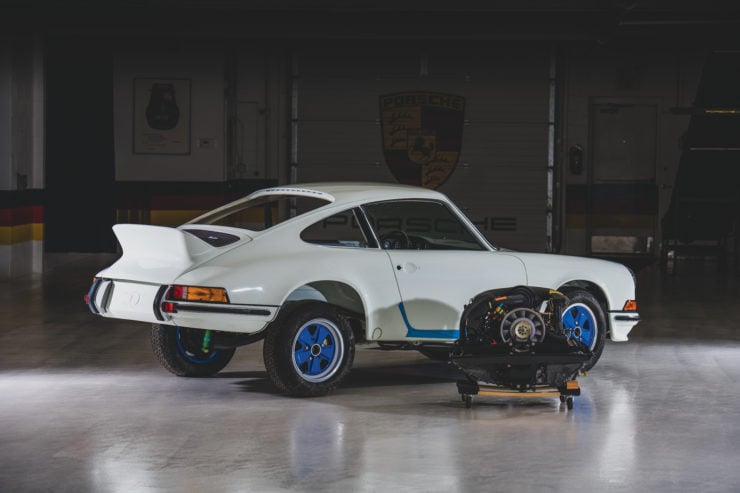 The car you see here was the 293rd vehicle completed, it was originally finished in Grand Prix White with blue graphics and trimmed in black leatherette. It was fitted with optional headrests, seat belts, and a pair of auxiliary high-beam amber driving lamps mounted in the horn grilles.

After spending its early years in Europe the car eventually made its way to the USA where it was acquired by John Dixon of Taj Ma Garaj. A thorough inspection showed that the car needed an engine rebuild, this was then completed by Die Werkstatt in Dayton, Ohio, in 1999. 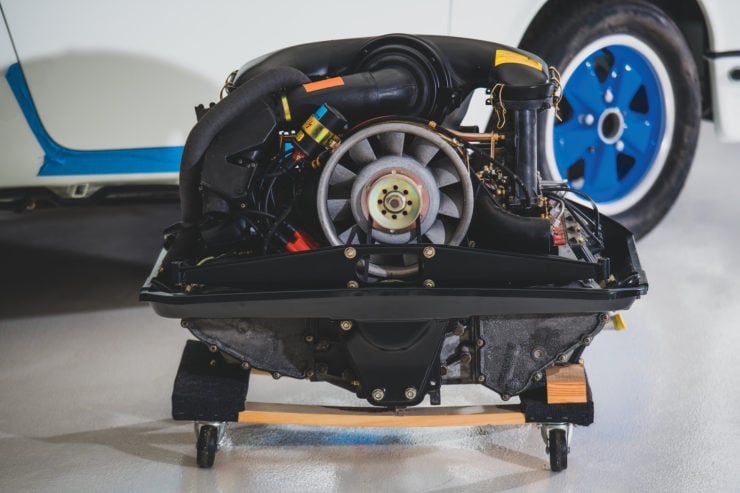 A year later a cosmetic restoration was completed by GK Restorations in Florida, this included the installation of lightweight door shells and a new front-latch support panel with a total cost of $17,800.

In the years since the car has been partially reassembled but remains incomplete. The original numbers-matching engine is the rebuilt unit still with the car today, the original transmission has been replaced with an unnumbered example that also comes with the car. There are new Bilstein shocks and struts and a strut support bar in the front trunk, the interior has been restored with a new headliner and carpeting though the front seats haven’t been installed.

The car is also accompanied by a comprehensive file of restoration photographs and other paperwork, including repair and restoration invoices, an inventory list of parts, a Porsche Certificate of Authenticity, import documents, and magazine articles.

With an estimated value of between $400,000 and $450,000 USD this is a rare 911 that’ll be an attractive project car for an experienced and well-heeled new owner. If you’d like to read more about the car or register to bid you can click here to visit the listing on RM Sotheby’s. 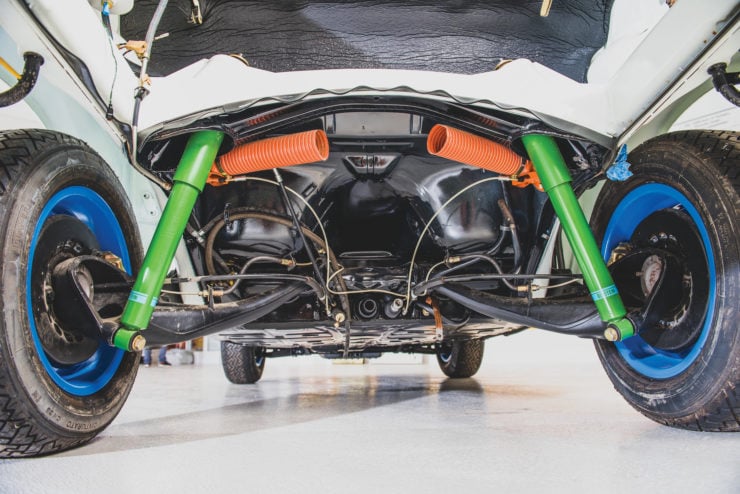 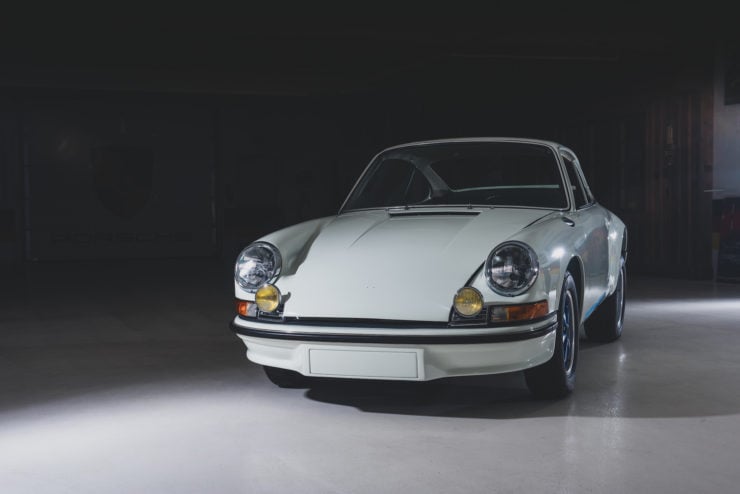 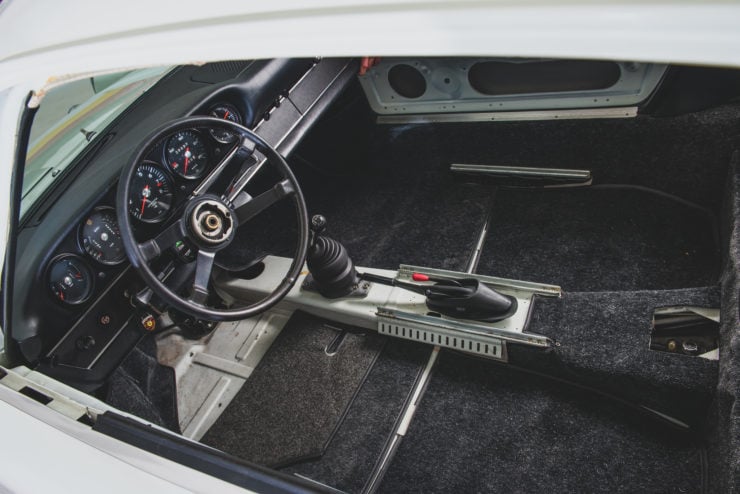 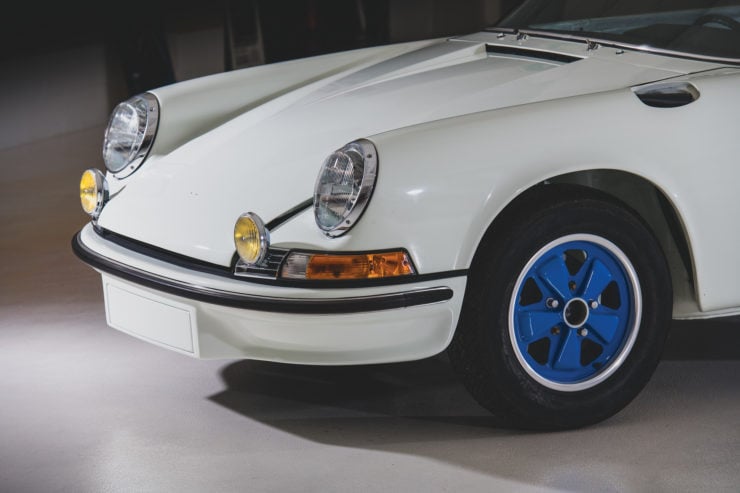 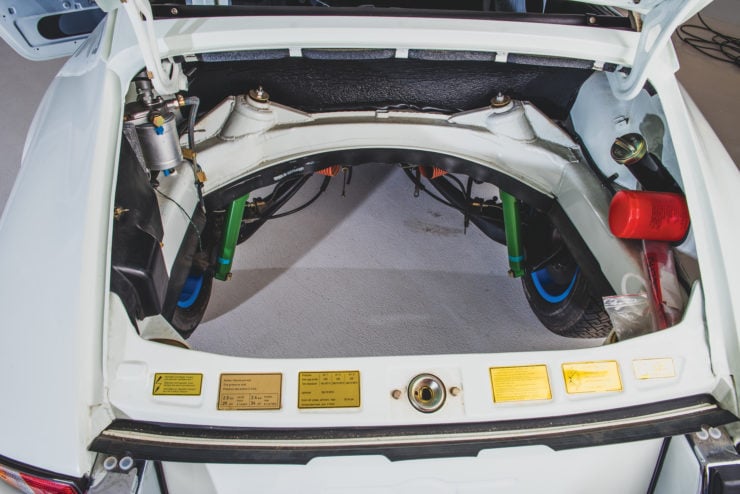 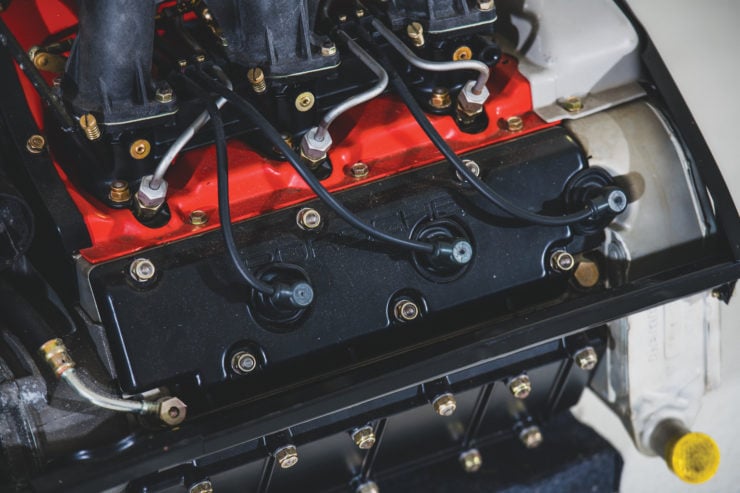 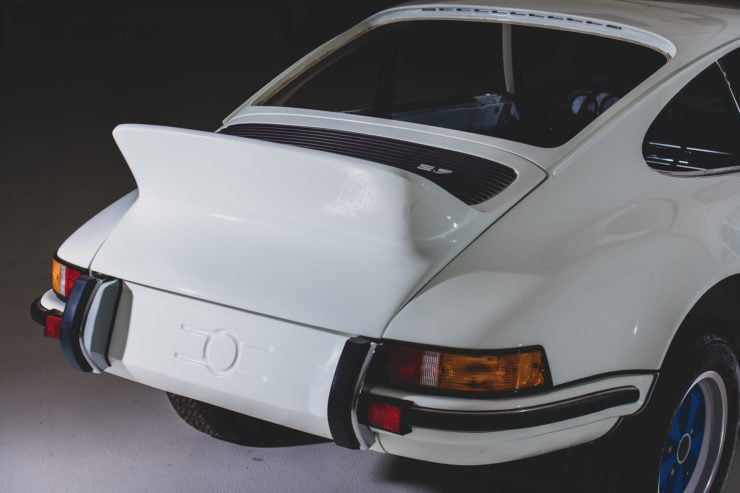 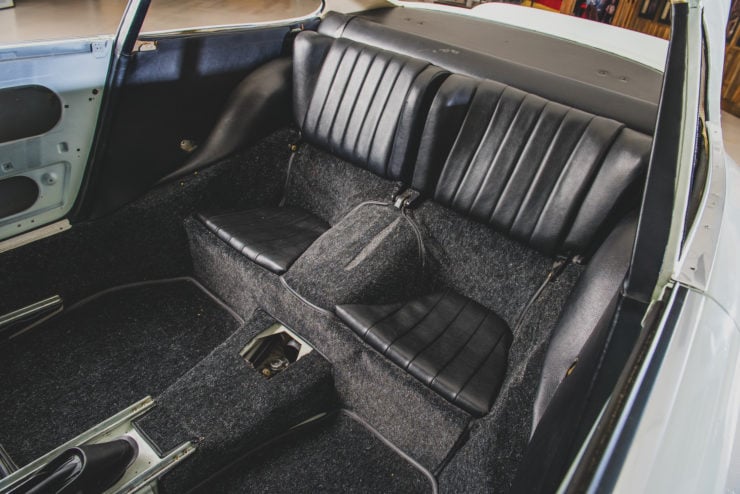 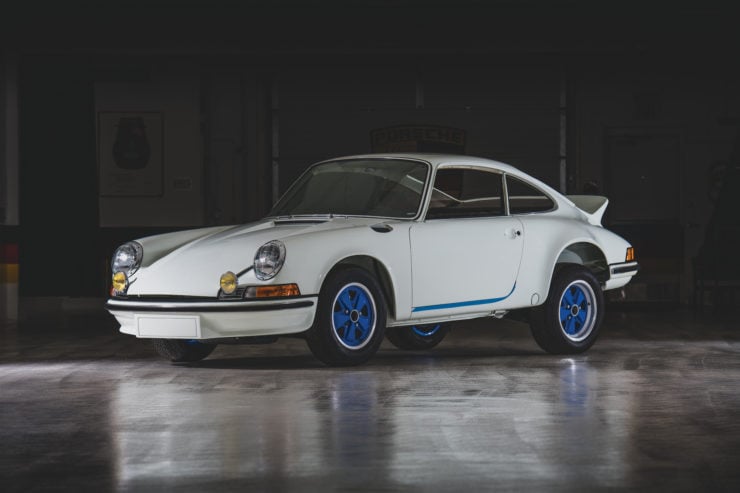 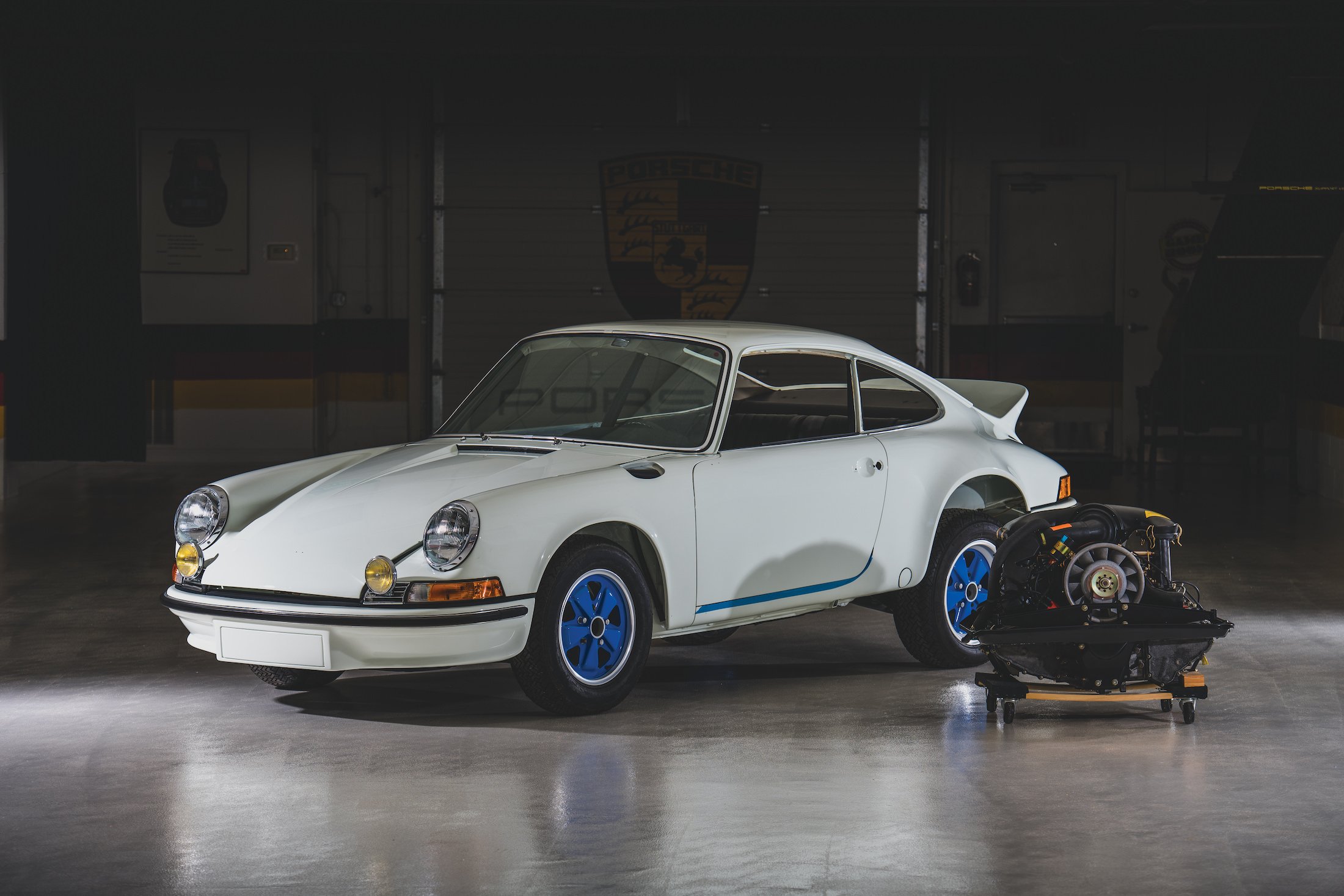