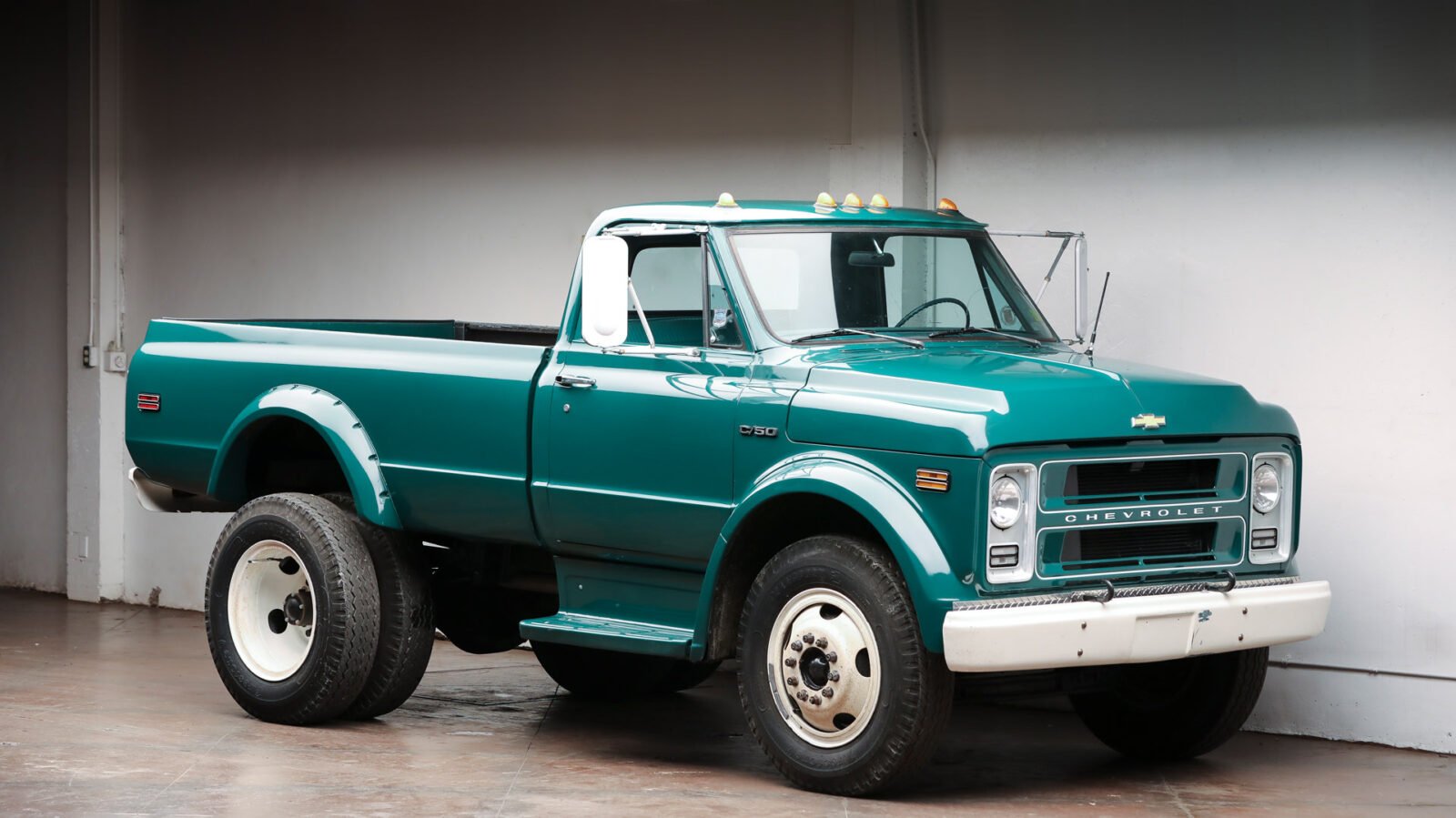 Trucks like the Chevrolet C50 became so common on the streets of North America in the ’60s and ’70s they became an inexorable part of the background, frequently seen in films, photographs, and TV shows from the era but now almost all gone. Lost to rust, or succumbing to the hard life most of them endured.

Despite the deep-seated love Americans have for their pickup trucks, larger-sized medium duty trucks like the C50 are often overlooked by the collector and enthusiast community. Fortunately this isn’t always the case, and the C50 you see here was given a careful restoration including a series of modifications to make it lighter, easier to park, and (arguably) better looking.

The primary modification is the removal of 10 feet in length from the chassis, creating a short wheelbase version of the Chevrolet C50 that the factory never built. The team behind the build were careful to keep everything as stock-looking as possible in order to give the truck the appearance of a rare, factory original, short wheelbase variant. 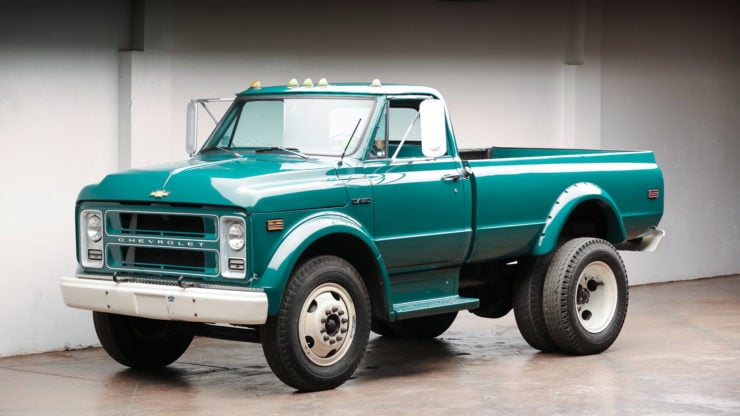 Removing 10 feet of length isn’t as easy as it might sound, the team removed 5 feet of the frame before the rear wheels and 5 feet after them to keep the truck looking balanced when viewed from the side. A stock width 8′ Chevrolet truck bed was then installed, mounted to the newly shortened frame rails.

Power was set back to the rear live axle via a 4-speed synchromesh manual transmission, into a 2-speed rear end effectively giving the truck 8 forward speeds, this includes a low end set specifically developed for hauling heavy loads. 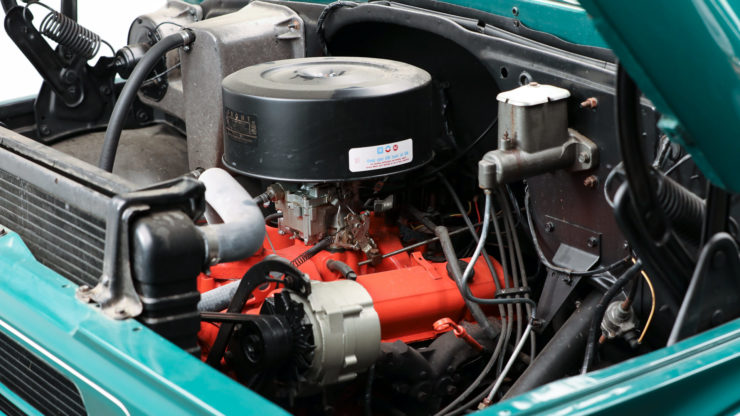 The C50 rides on independent front suspension with coil springs, leaf springs were used on the rear but coils were available as an option from the factory. Braking is accomplished with power assisted drum brakes on all four corners.

The engine bay on this truck looks almost new, it’s been completed restored with all new belts and hoses, a rebuilt carburettor, a manual choke, and a new master cylinder. The brakes and wheel bearings on the rear also received a full servicing, and the truck is listed as being 100% functional from tip to tail.

A period-correct industrial green paint job furthers the illusion that the truck is a stock model and the interior is 100% original with a bench seat, a radio/cassette player, and original instrumentation.

In the back the wood bed floor is brand new having been completely redone, the front and rear bumpers are painted white to match the steel wheels, and the tires are all listed as being in good condition with plenty of tread left.

If you’d like to read more about this truck or register to bid on it you can click here to visit the listing. It’s due to be sold with a wide range of other cars, trucks, and motorcycles at the Corpus Christi Old Car Museum Auction on the 4th and 5th of October. 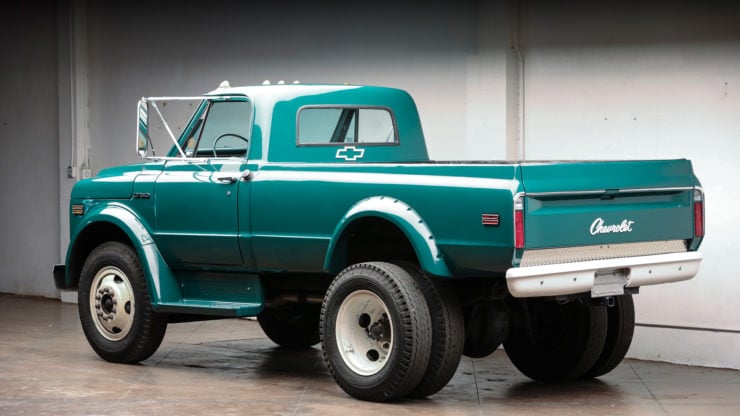 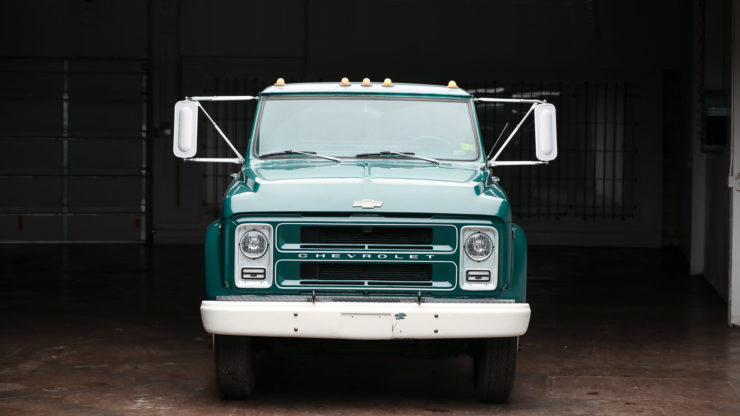 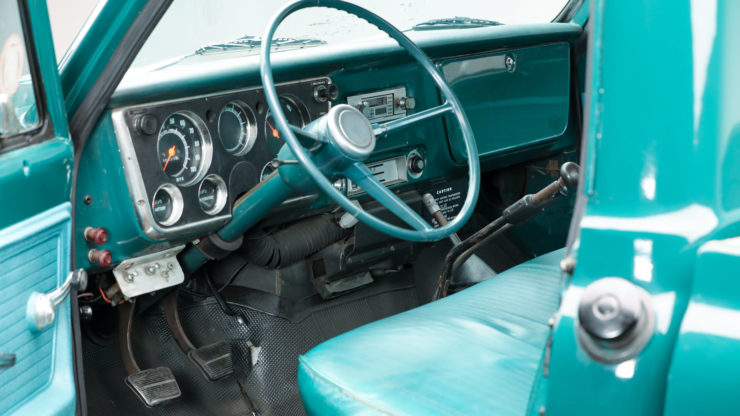 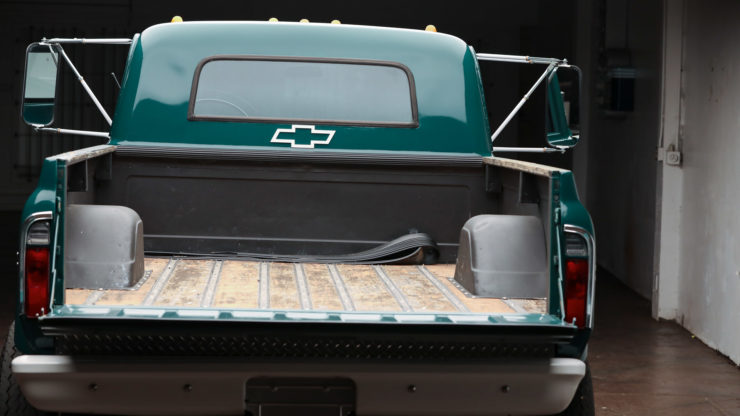 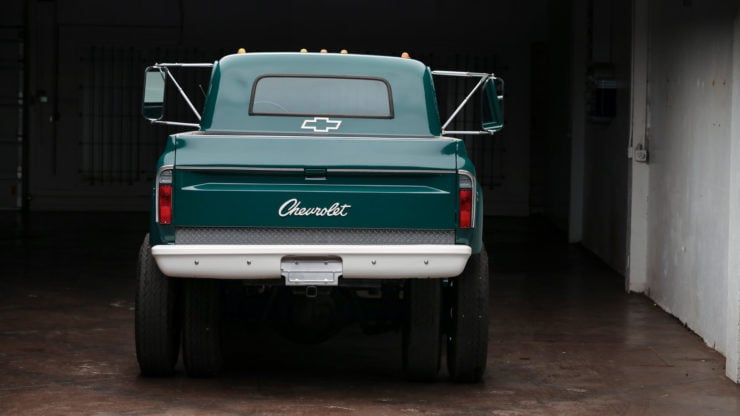 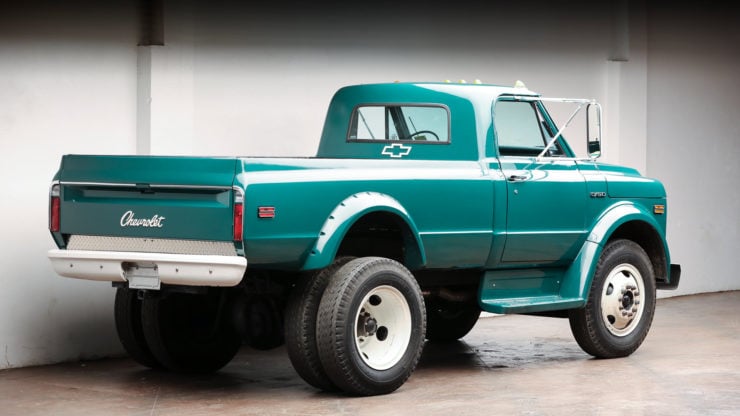 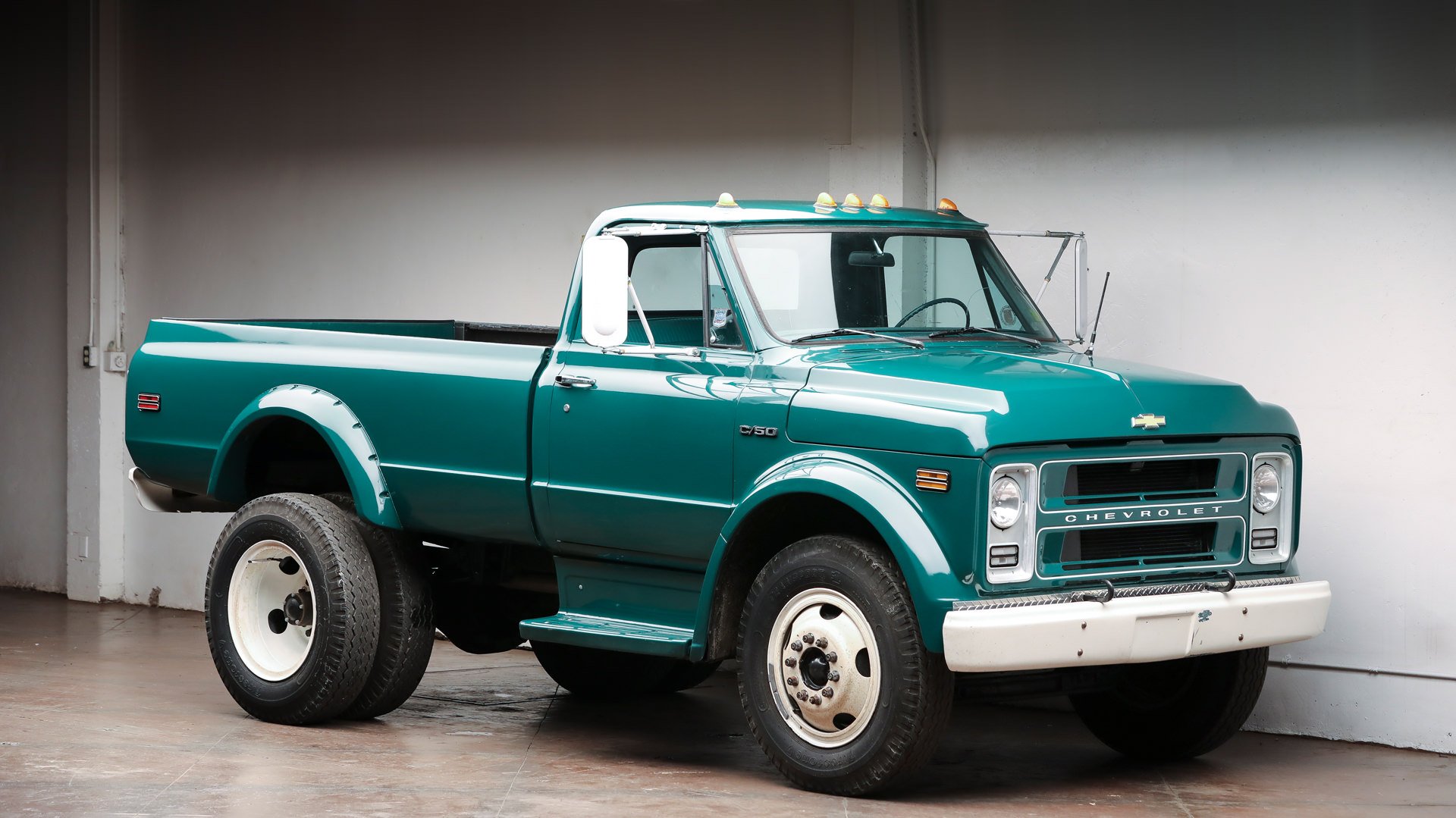