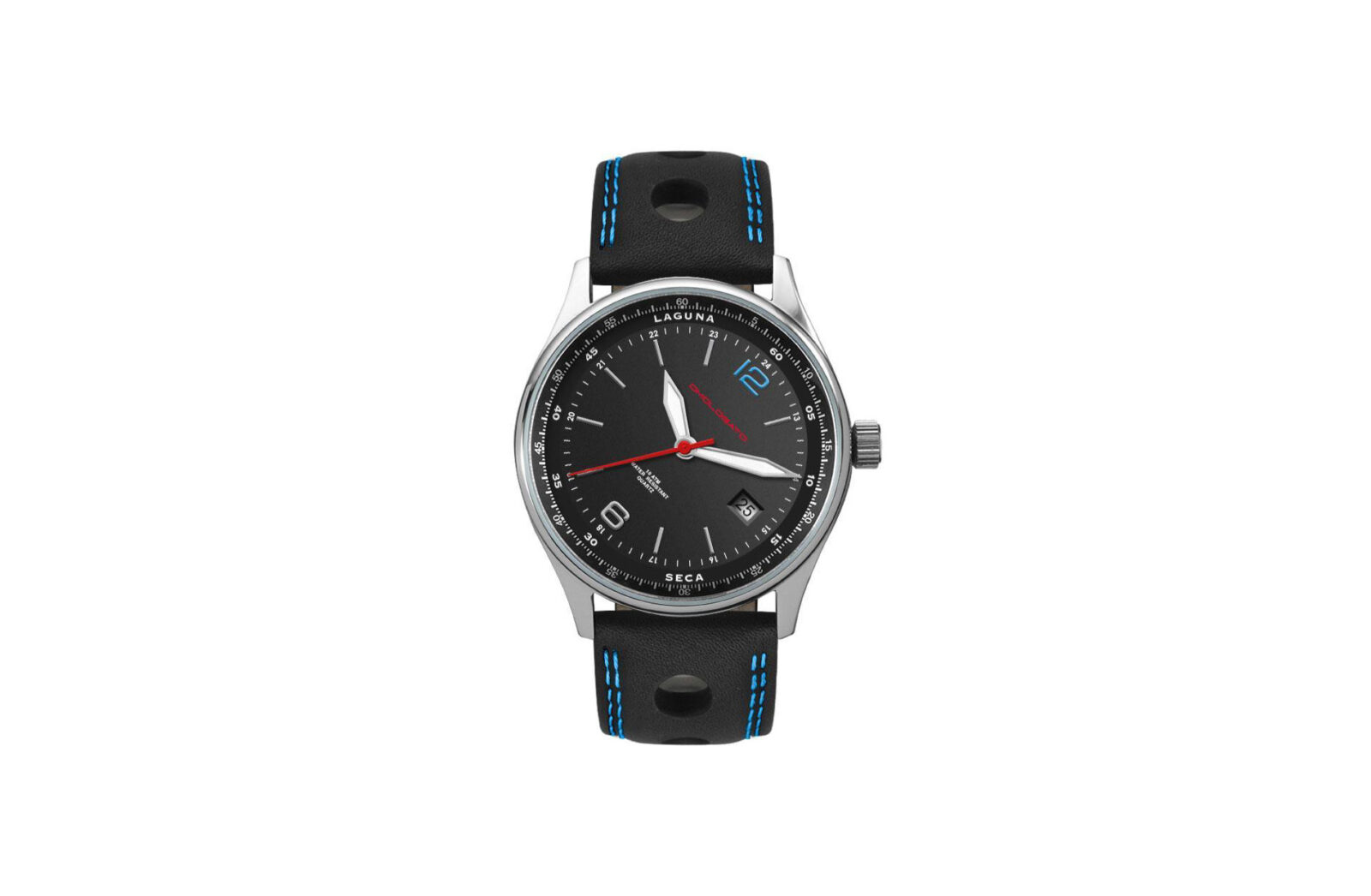 The Omologato Laguna Seca is a new watch for 2019 named for one of the most famous race tracks in the world – Laguna Seca in Monterey, California.

The name Laguna Seca is Spanish for “dry lake”, the site of the race track was once a dry lake bed and it now encompasses two made made ponds as a hat tip to the region’s history.

Unusually, the face of the Omologato Laguna Seca is rotated 22.5º in order to allow drivers to see the time in the correct orientation without removing their hands from the steering wheel.

The watch comes in both left and right-hand versions, rotated in opposite directions to suit the different wrist orientations. 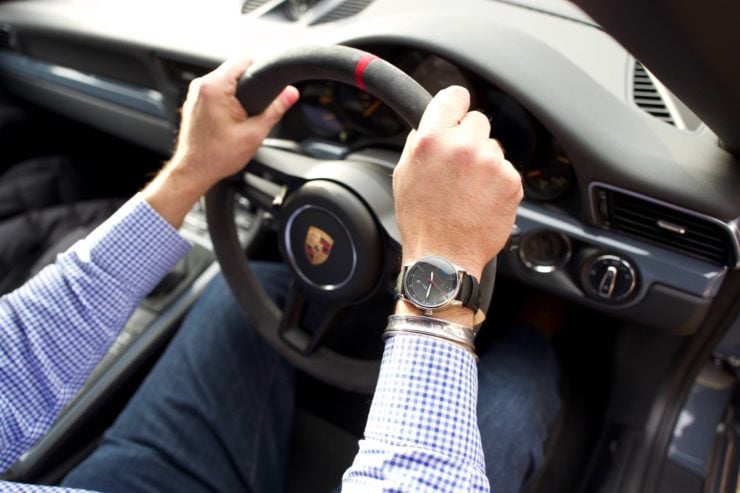 Omologato strive to keep their watches as affordable as possible, making them attainable to the many people who love watches like the Rolex Daytona and Heuer Monaco but unable to justify the exorbitant MSRP.

The Omologato Laguna Seca is powered by an almost bulletproof Japanese Quartz movement, it has a 41mm stainless steel case, a retro-style domed mineral glass, a matt charcoal dial with a black bezel, and it’s water resistant to 10 ATM.

The strap is a 22mm wide Italian grain leather black rally strap with Laguna Seca Blue contrast stitching. The retail price of £300.00 puts it well into affordable territory for must of us, and makes it an excellent daily wearable watch.

Published by Ben Branch - September 13th 2019
Related Posts
Ever Wanted To Hit The Ski Slopes On A Porsche? The Arova-Porsche 212 Skibob Has You Covered