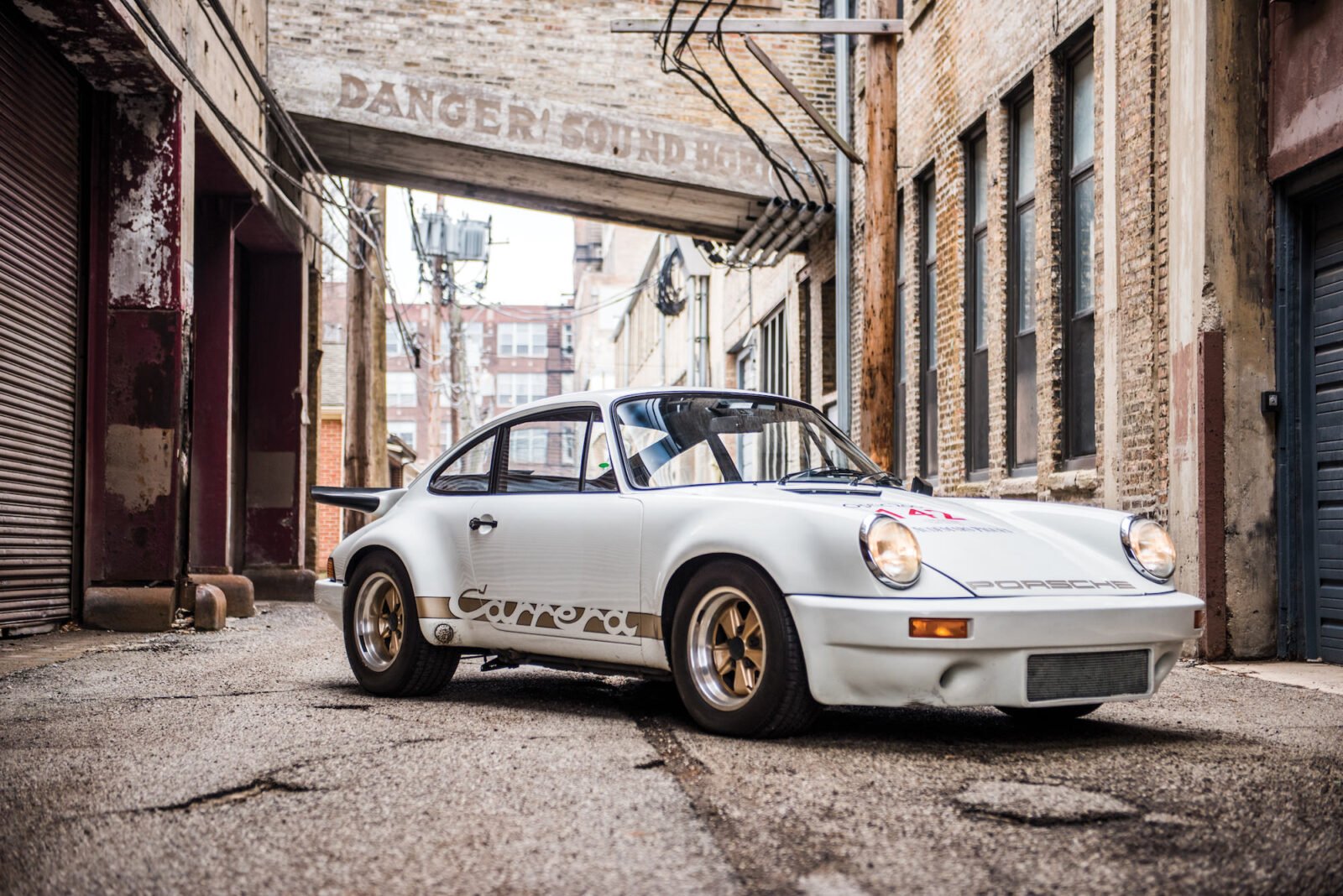 The 1974 Porsche 911 Carrera RS 3.0 is an exceedingly rare car, just 55 were made and today they’re considered amongst the finest naturally aspirated 911s money can buy. The “RS” designator in the model name comes from the German word “Rennsport”, which roughly translates to “race sport” – Porsche developed the model based on the 1973 Targa Florio winning Porsche 911 Carrera RSR.

The Development of the Porsche 911 Carrera RS 3.0

1973 would be the final running of the original Targa Florio, much to the chagrin of the international motor sport community, and the winning time of 6h 54m 19.900s was just over 6 minutes faster than the second place finishers in a Lancia Stratos.

The first Carrera RS was released in 1973, with a 2.7 litre flat-6, a stripped interior, and 210 hp. It sold in far higher numbers than Porsche had initially anticipated, and by the time production ceased they’d shipped 1,580 of them.

For 1974 it was decided to focus the car even more intently on racing. The hefty cross-drilled and ventilated brakes from the Porsche 917 were used on the new car, with a balance bar to adjust front-rear brake bias, and the engine was bored out to 95 mm, keeping the same 70.4mm stroke. Bosch Kugelfischer mechanical fuel injection system was used (the same as on the Carrera RS 2.7), and 230 hp was now being sent to the rear wheels via the 5-speed transmission.

Thanks to the no-holds-barred weight saving regime undertaken on the RS 3.0, the car now weighed in at approximately 900 kilograms (1984 lbs). The use of thin gauge steel in parts the body, lightweight windows, no sound deadening material, a minimalist interior, fibreglass hood and engine cover, and no creature comforts were all necessary to achieve such a low weight – making the car unsuitable for prolonged road use but ideal for racing. 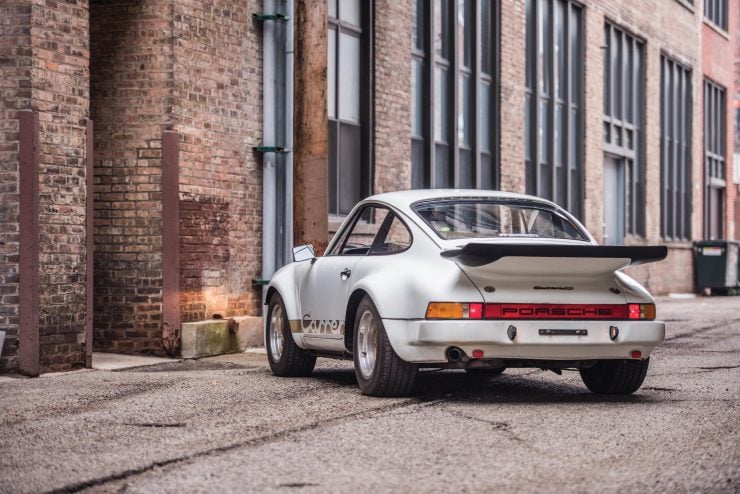 The fibreglass front bumper on the 911 Carrera RS 3.0 served three primary purposes – it reduced airflow under the car, it diverted air to the large 917 disc brakes, and it contained an oil cooler to keep the flat-6 from overheating – even when being pushed hard. A rear spoiler was added to the engine cover, it would later become known amongst Porschephiles as the “tea tray” spoiler due to its shape, and it went a long way to eliminating the rear-end lift that many early 911s suffered from at higher speeds.

Almost all of the 1974 Porsche 911 Carrera RS 3.0 units that were made were used for Group 3 competition, however a small number were used on the road by diehard enthusiasts who relished the low weight and didn’t particularly mind the inherent inconveniences of driving a race car on the road.

The example of the RS 3.0 you see here is of particular interest to collectors as it was an original Porsche Vorführwagen, or demonstration car, that was shown to dealers and potential buyers when they visited the Porsche factory. Funnily enough the car was demonstrated at the Hockenheimring by Jürgen Barth to an Ohio Porsche dealer named Charles Stoddard, who years later would discover that the car had been imported and registered in the USA, and sold his own Porsche 911 Turbo to buy it – such was the impression that the car had made on him.

The car had remained in private collections its entire life, and still presents in its original factory paint with just 29,279 kilometers on the odometer. It’s due to roll across the auction block with RM Sotheby’s on the 10th of March at the Amelia Island Auction, and surprisingly it’s being offered with no reserve. Attempting to guess the current value of such a car is borderline impossible due in part to the car’s rarity, and also to the huge amount of interest likely to be generated by an original ’74 Carrera RS 3.0 factory demonstrator within the collector community. If you’d like to read more about the car or register to bid you can click here to visit the official listing. 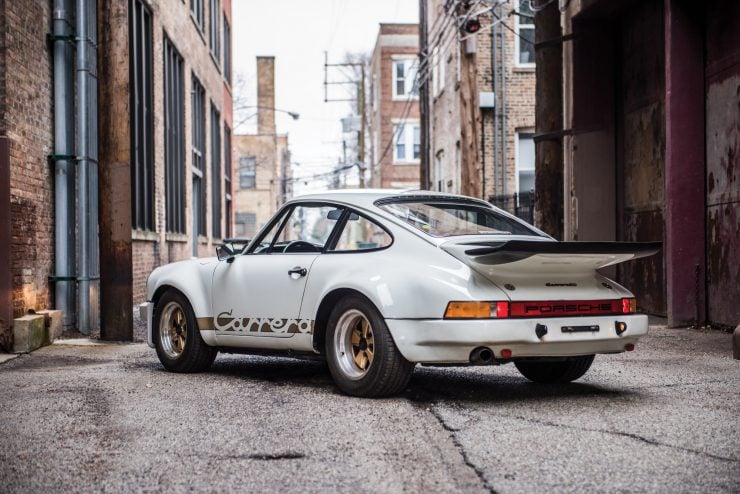 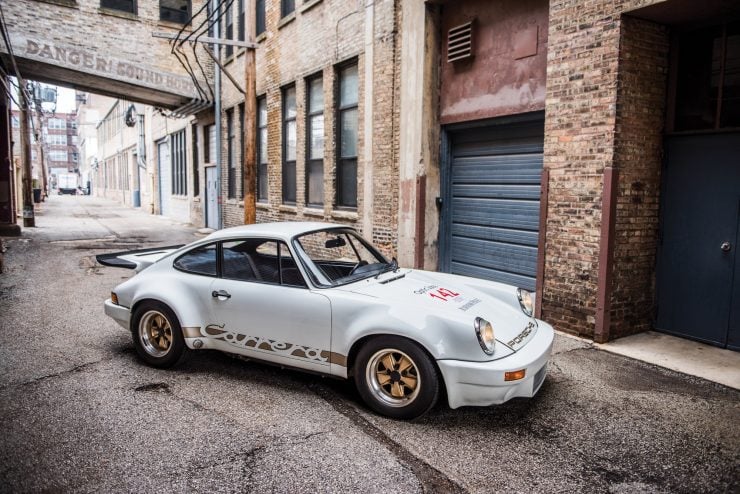 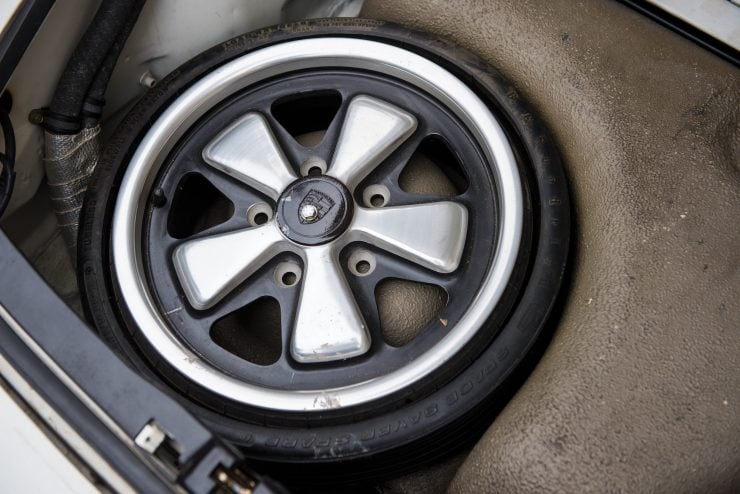 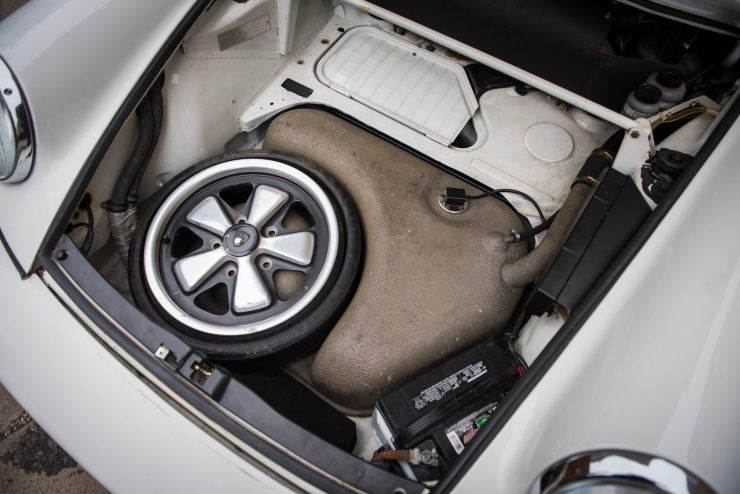 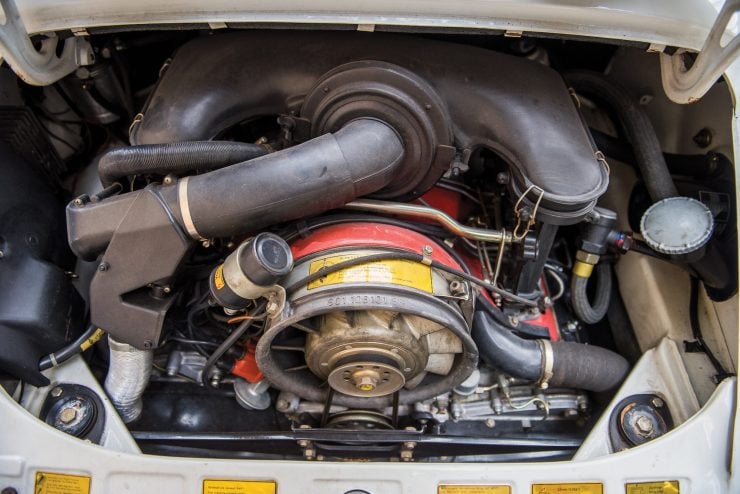 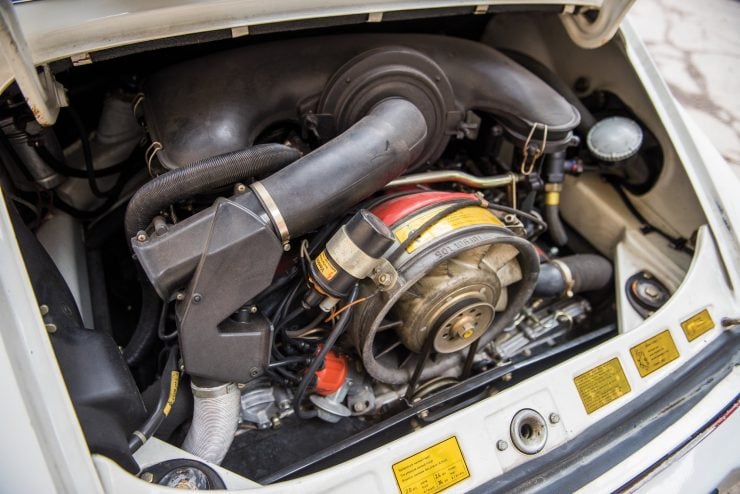 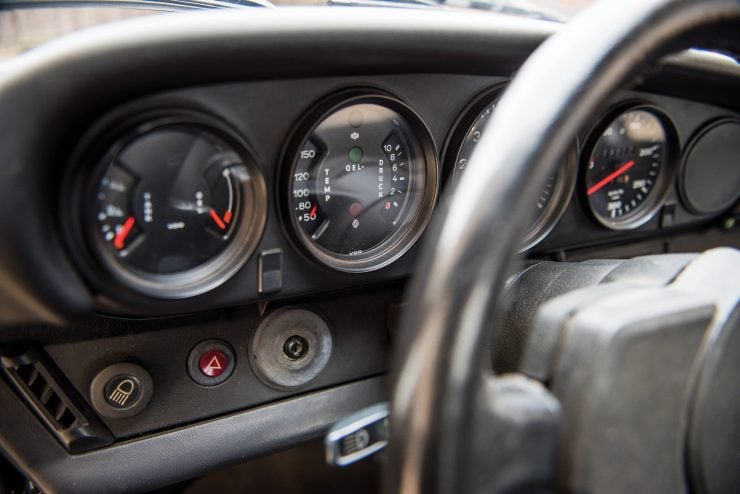 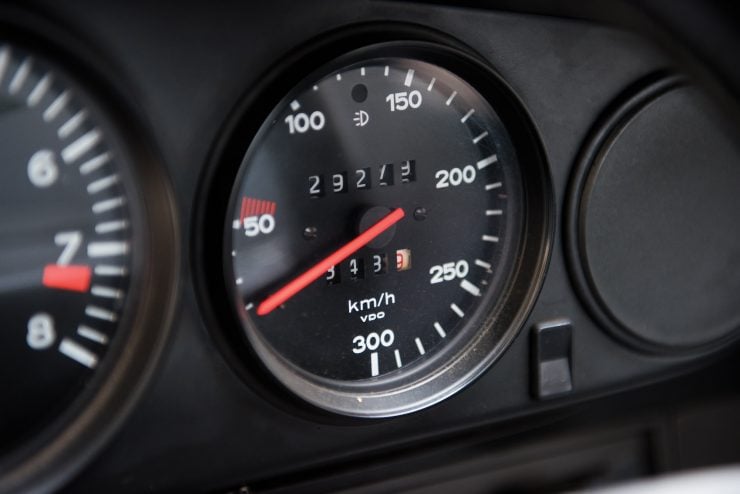 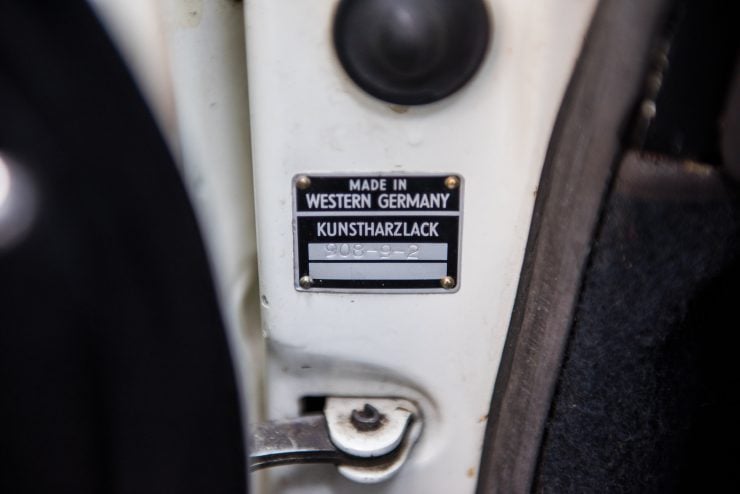 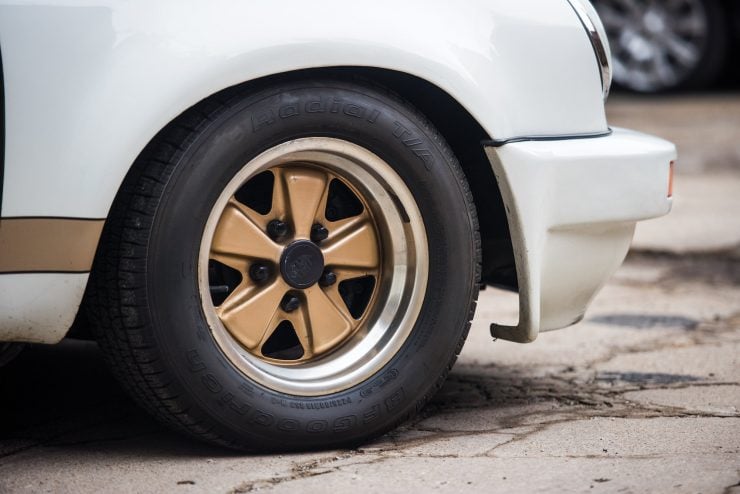 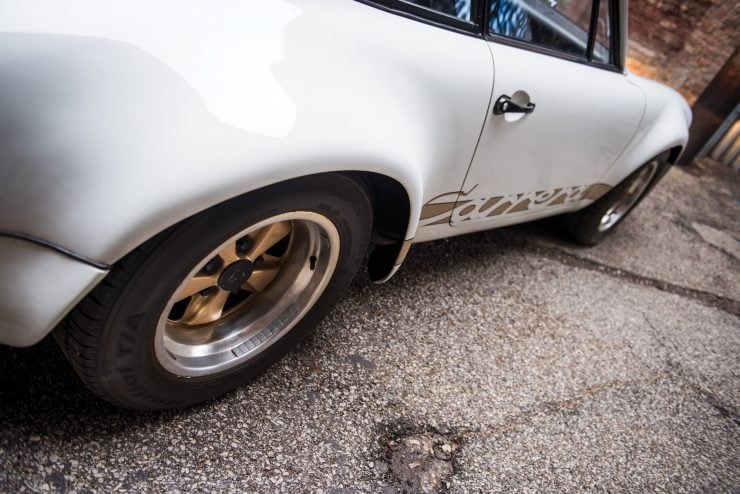 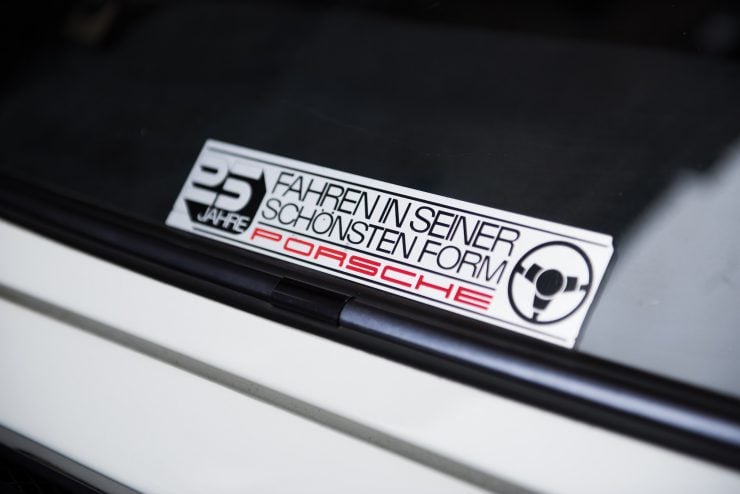 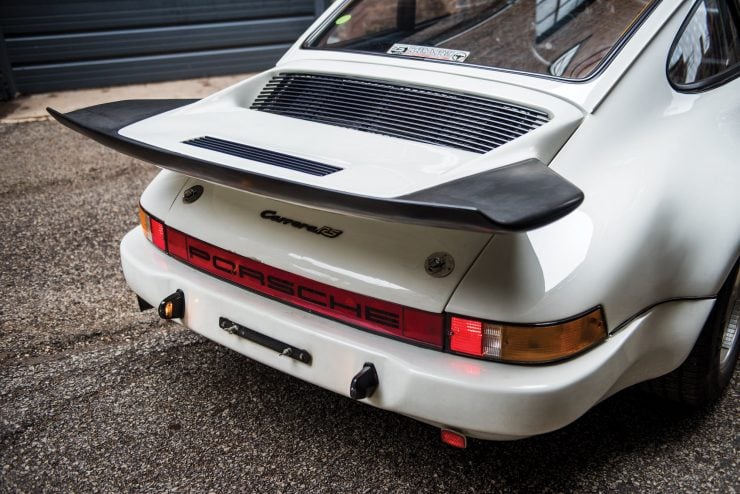 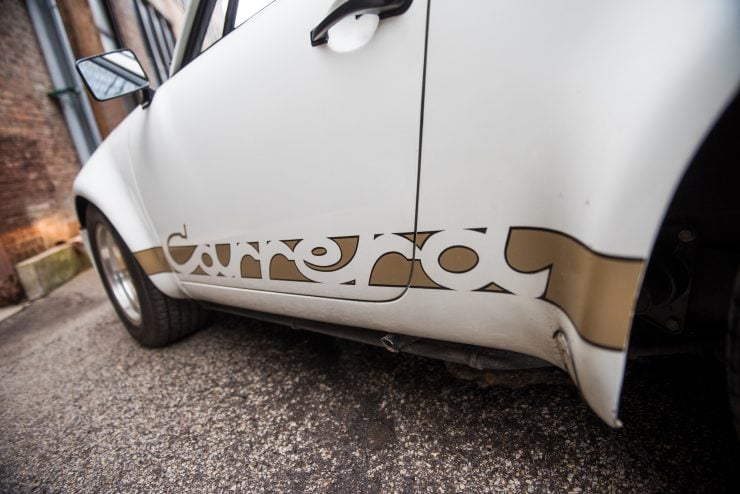 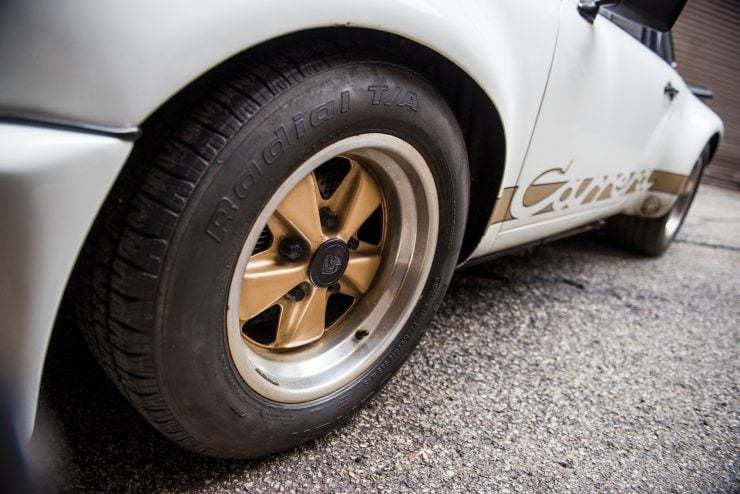 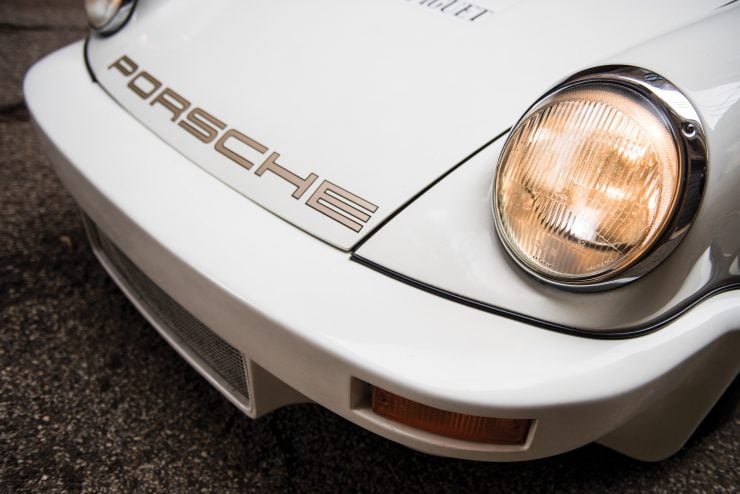 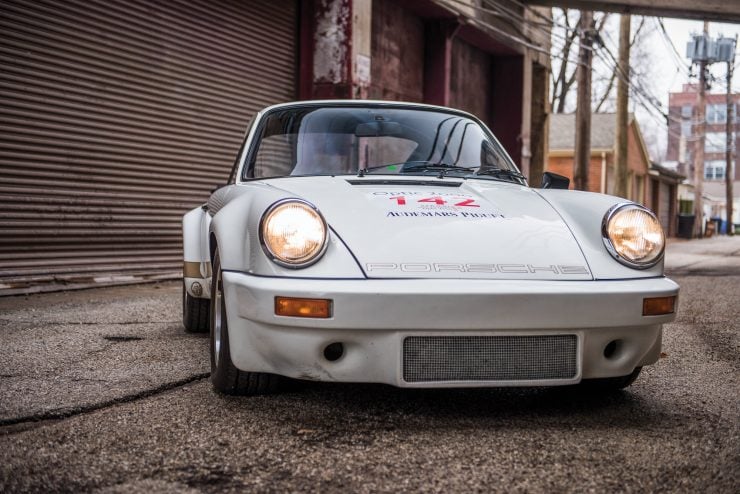 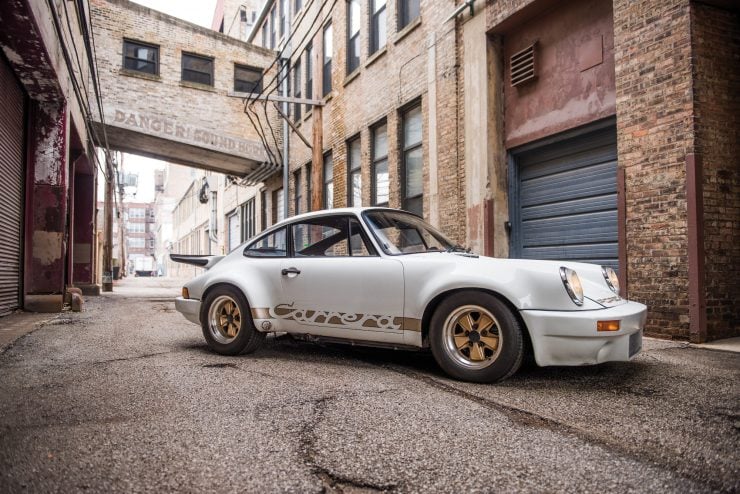 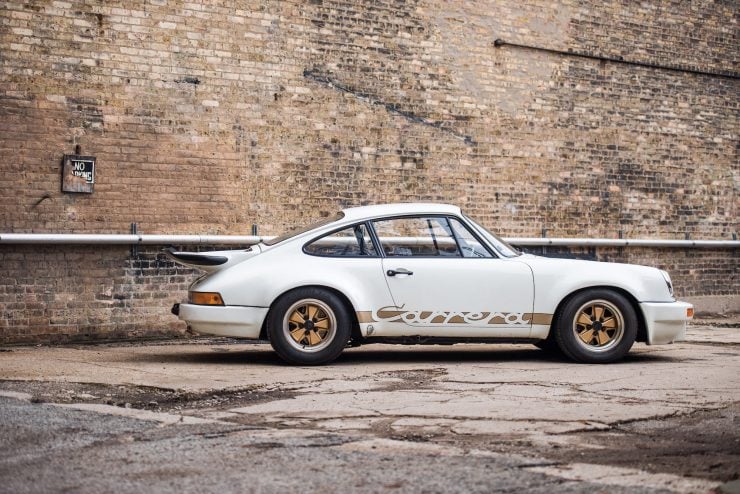 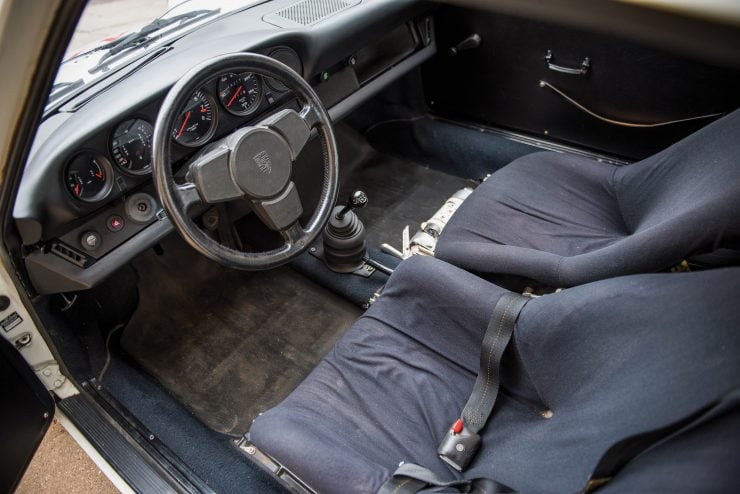 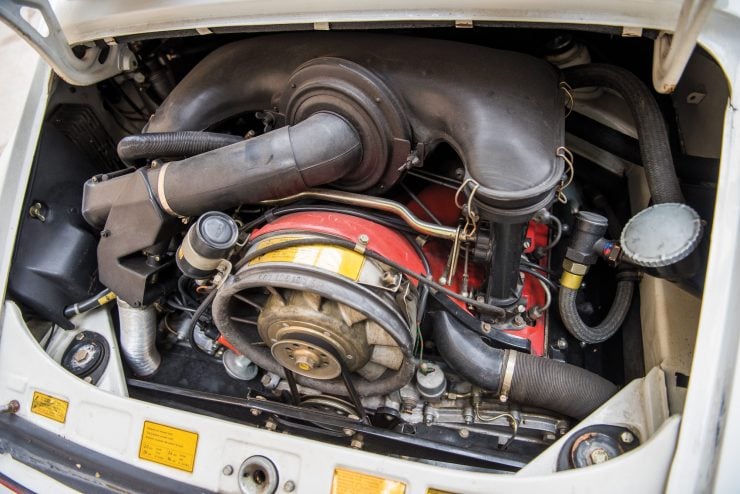 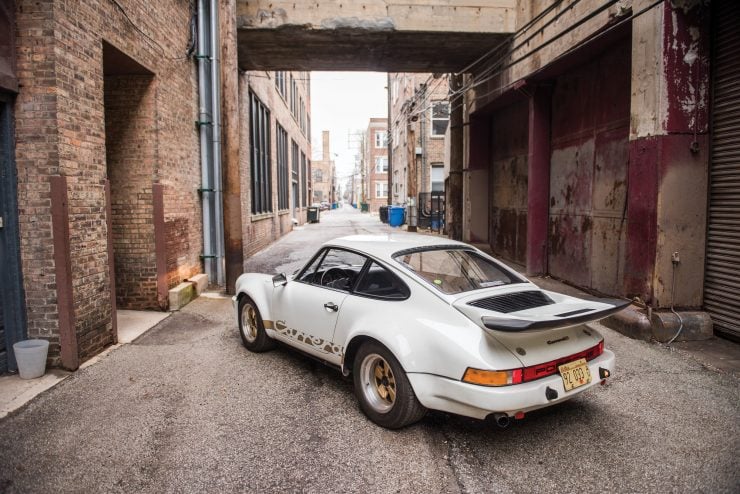 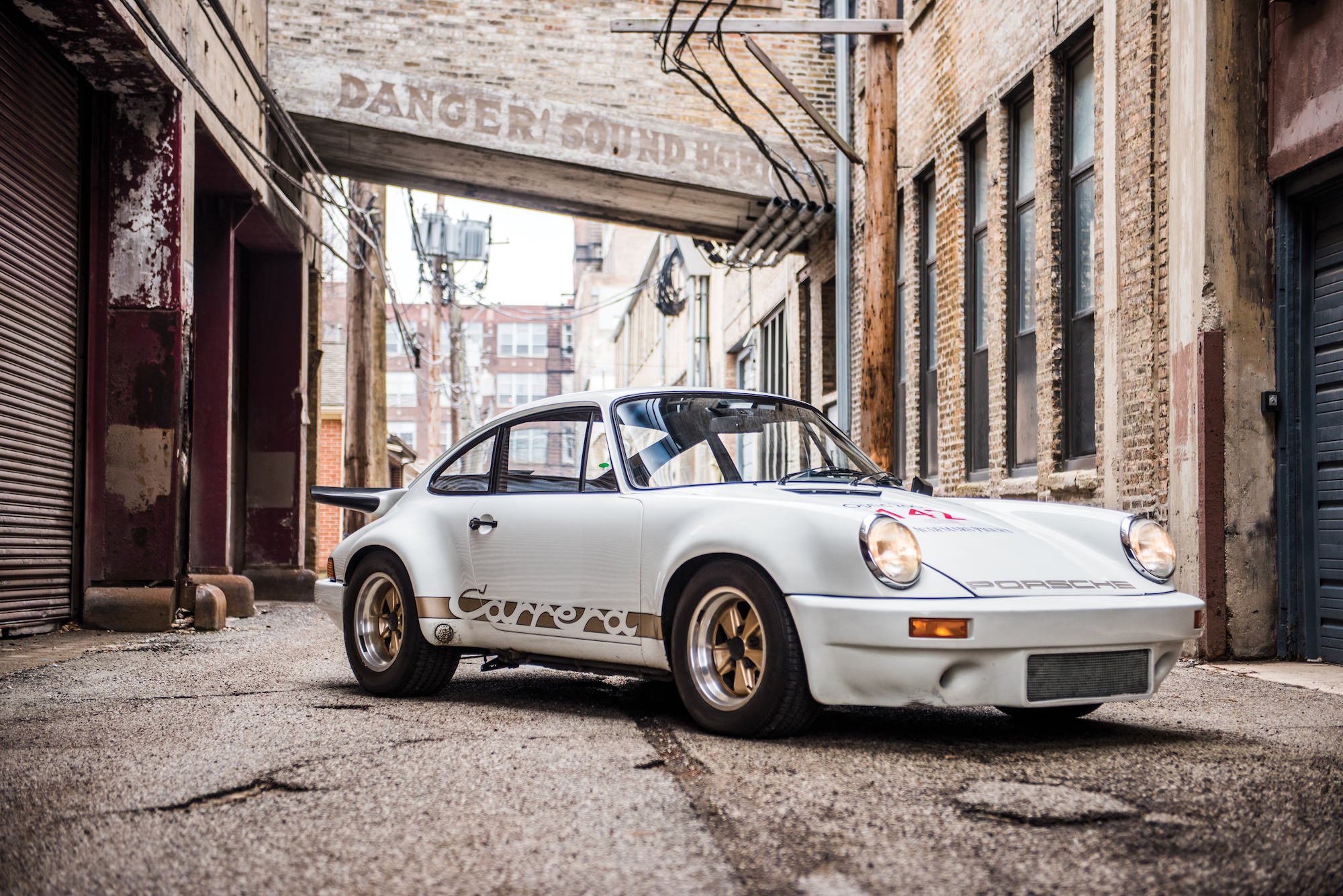 This is an original Porsche 911 (996) GT3 R Porsche “Works” engine and gearbox that has been disassembled, refurbished, and reassembled by Michael Kessels Sportwagen…