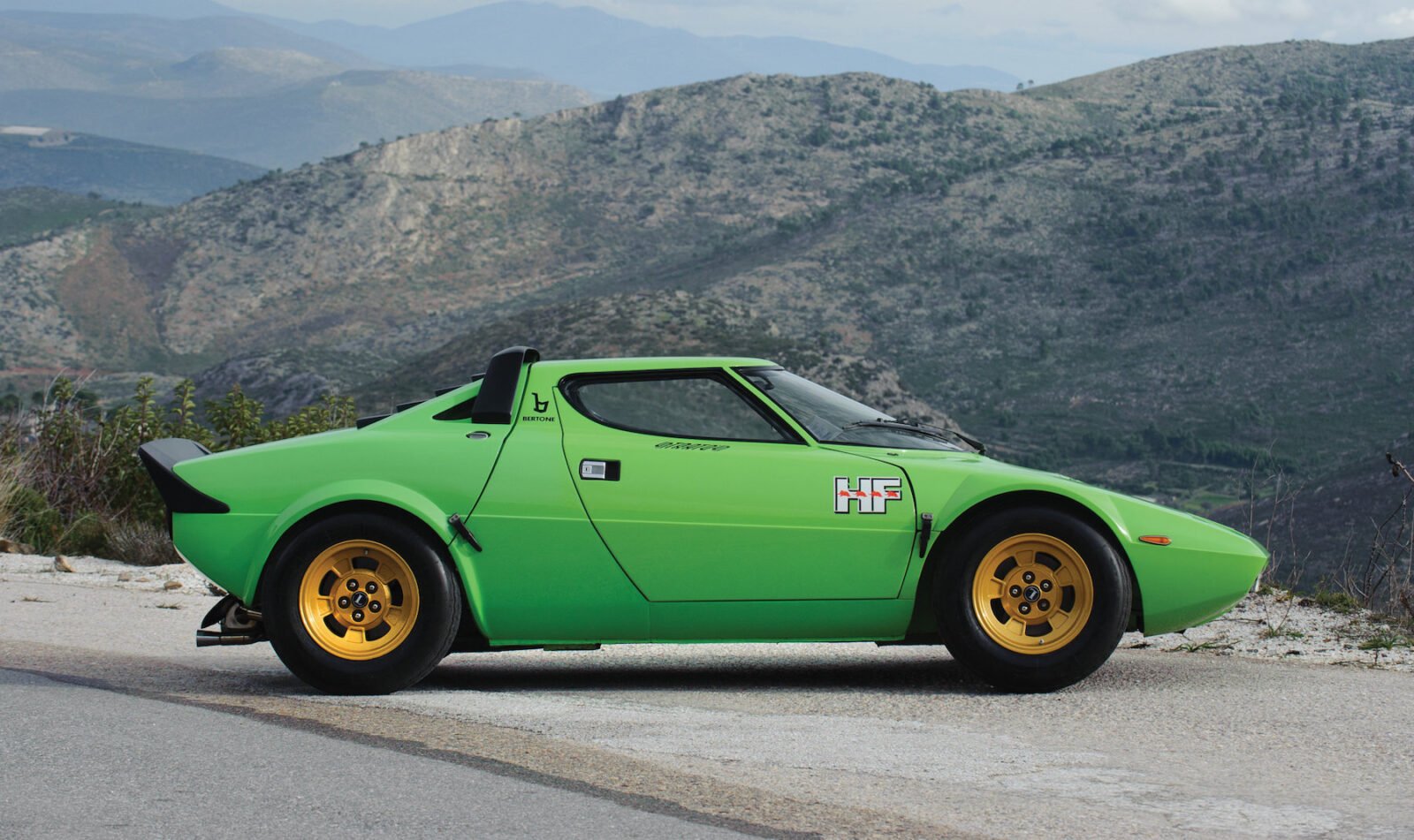 The Lancia Stratos, or more correctly, the Lancia Stratos HF (HF standing for High Fidelity) is a car developed by Italian design house Bertone for their fellow Italians over at Lancia. It was to be the first car developed from scratch for the World Rally Championship – specifically for the hotly contested Group 4 class, which would go on to become Group B in 1983.

Lancia offered the Stratos in two major versions – the Stratos HF and the Stratos HF Stradale, the former was the stripped-back rally car and the latter was specifically modified for road use (in fact stradale is Italian for road) by slightly detuning the engine and adding some rudimentary items for increased comfort and convenience. That said, the Stratos was never intended as a grand tourer and attempting to use it as one would almost certainly end up with the driver in a physiotherapist’s waiting room.

Both versions of the Stratos were fitted with the 2,418cc DOHC Dino V6 engine, with triple Weber carburettors, a 5-speed manual transmission, 4-wheel independent suspension, and race-spec ventilated disc brakes on all four corners.

The windscreen was designed to curve around the driver (and co-driver) to offer an almost 180 degree field of view, this was especially useful on rally stages where the car spent most of its time sideways with the driver looking out of his own side window to see where he was going.

As a purpose-built rally car the Lancia Stratos HF was an extraordinary success, it started racing in Group 4 in 1974 after being homologated (requiring a production run of 500 units, later reduced to 400) and handily won the World Championship. It then won again in 1975 and 1976, and would likely have gone on to win more had it not been replaced by the Fiat 131 Abarth – a controversial decision by the Fiat Group.

By the time production was ceased, Lancia had built approximately 490 units and the survivors are now worth a small fortune. The green Stratos HF Stradale you see here is due to be auctioned by RM Sotheby’s at the Villa Erba on the 23rd of May 2015 and it’s already generating quite a lot of interest. 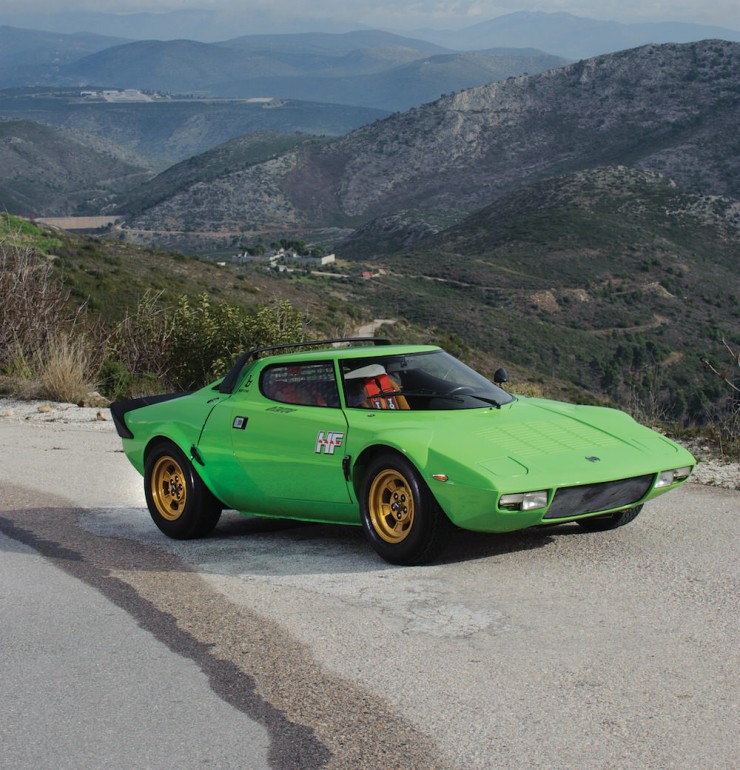 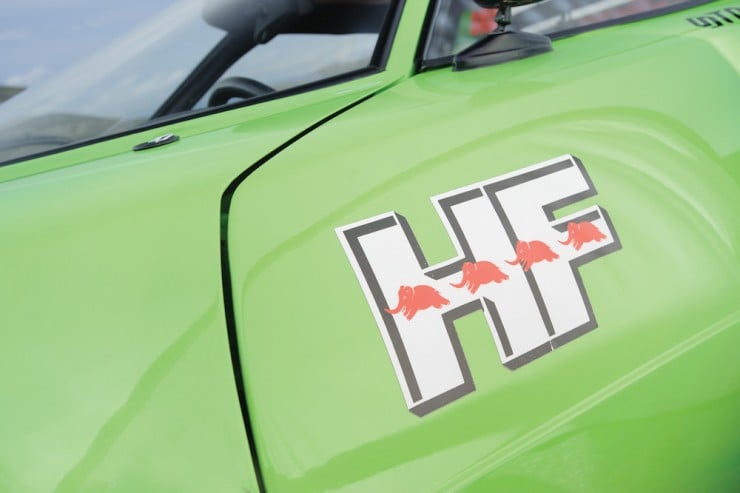 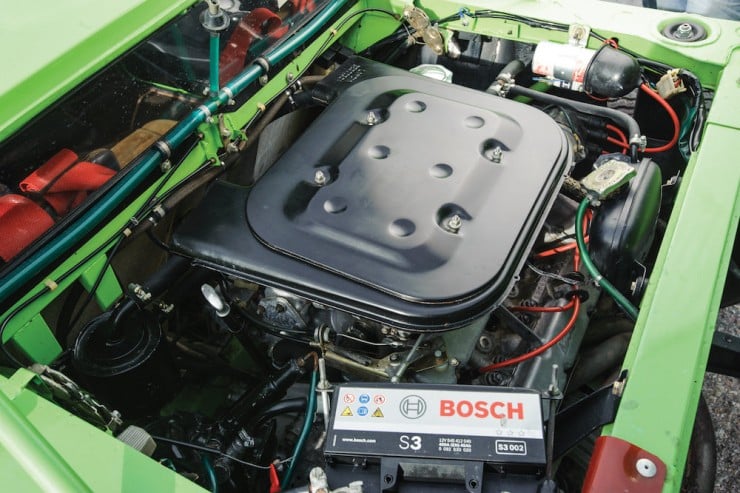 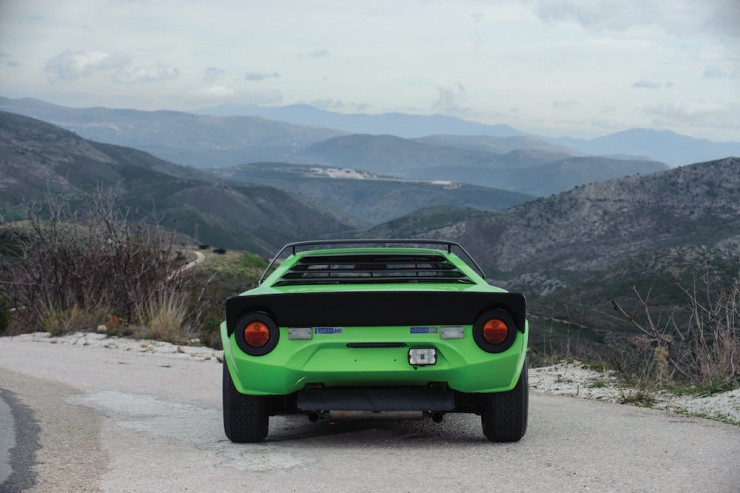 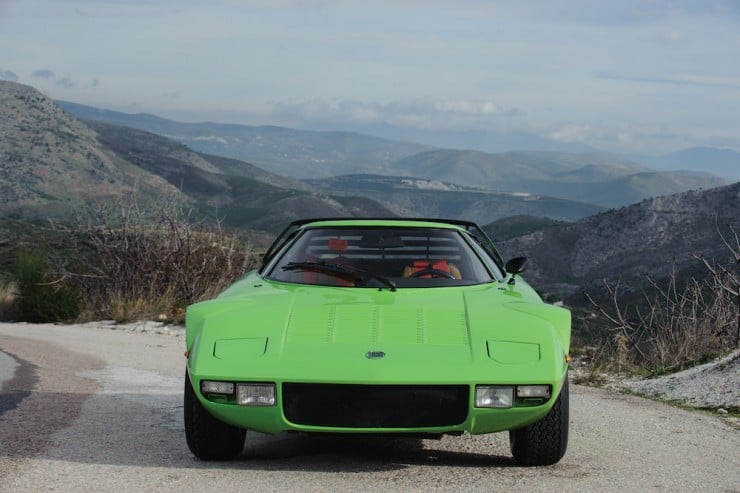 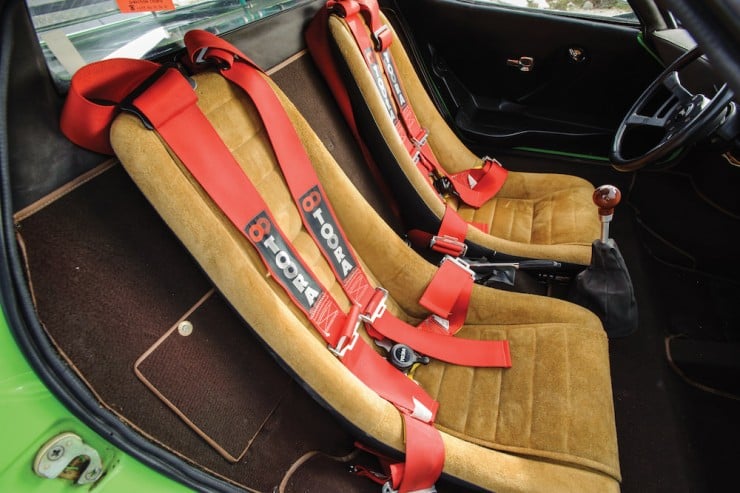 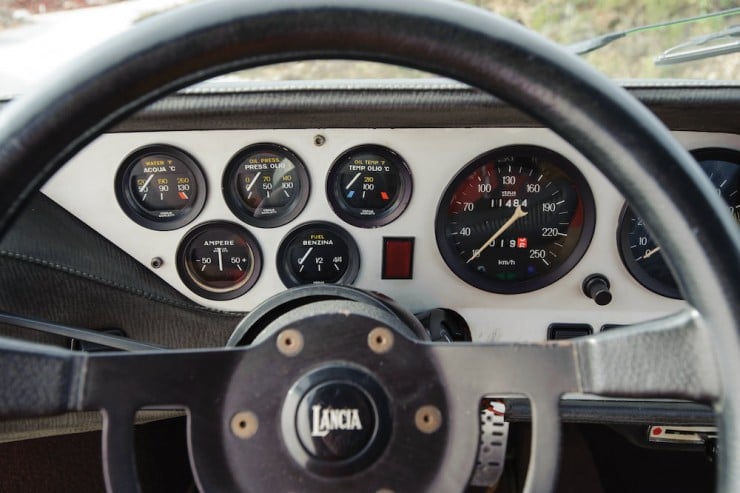 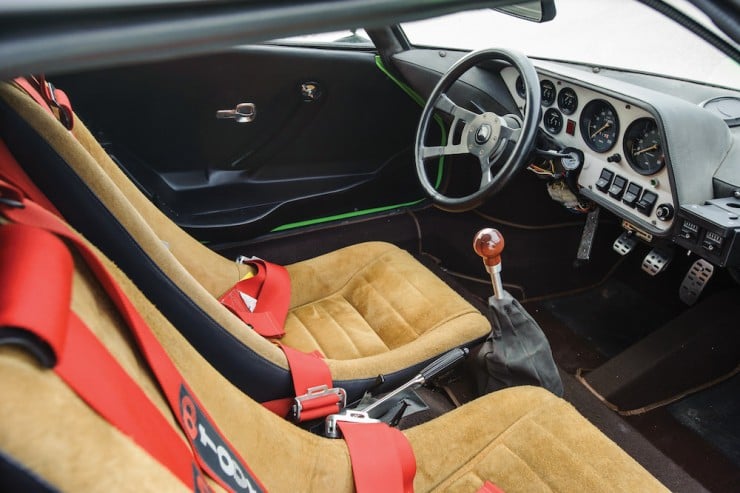 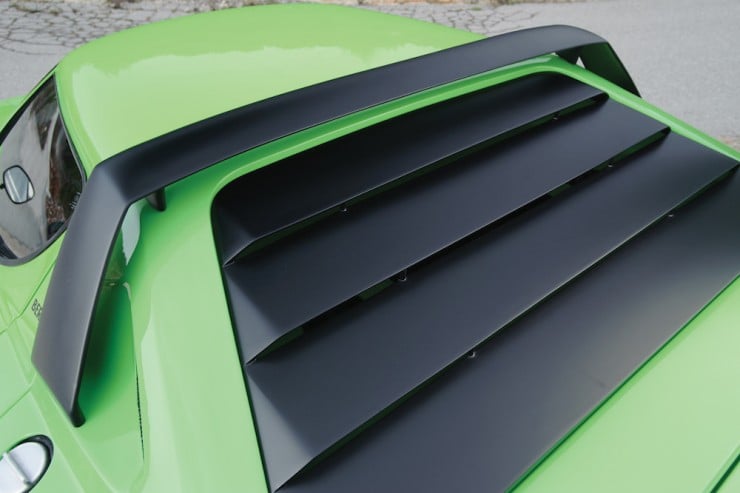 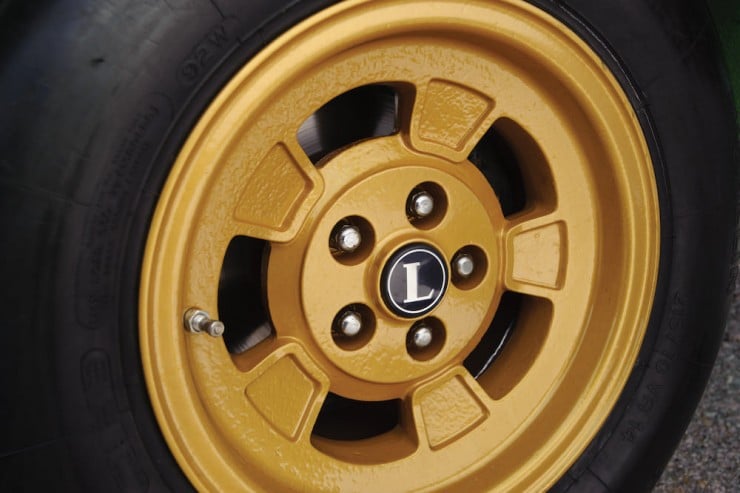 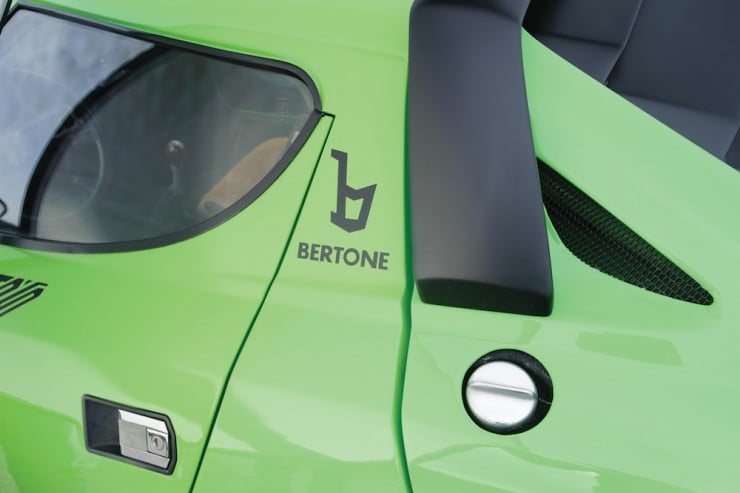 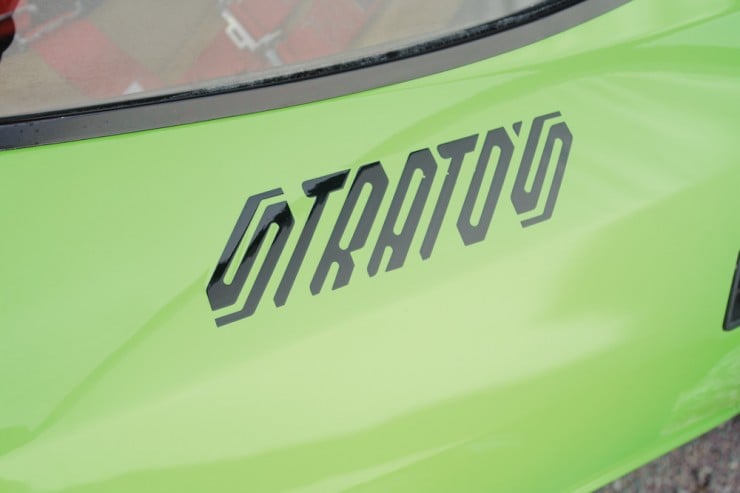 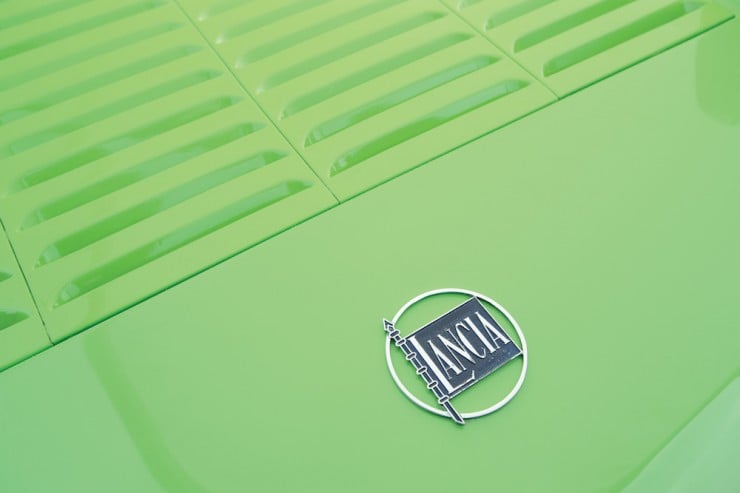 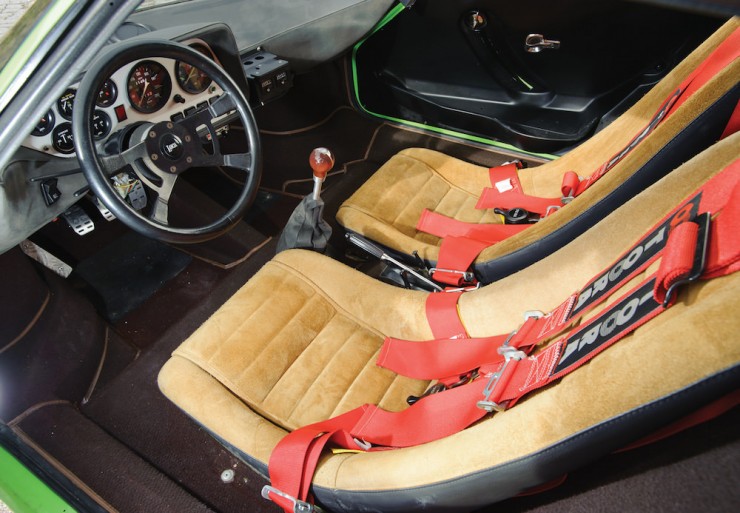 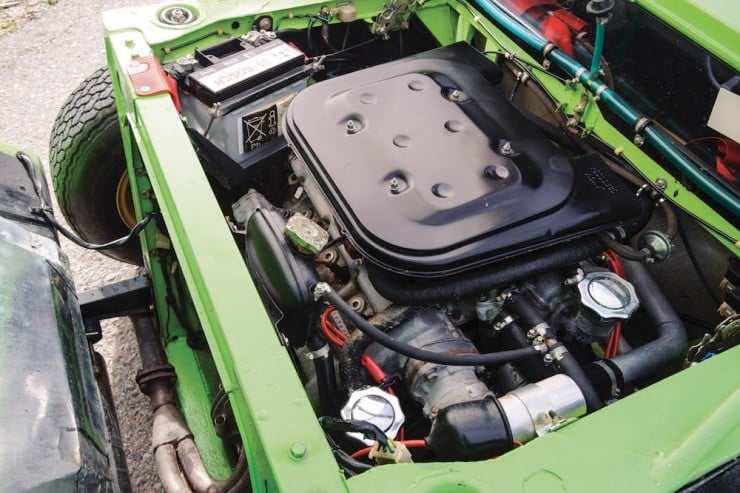 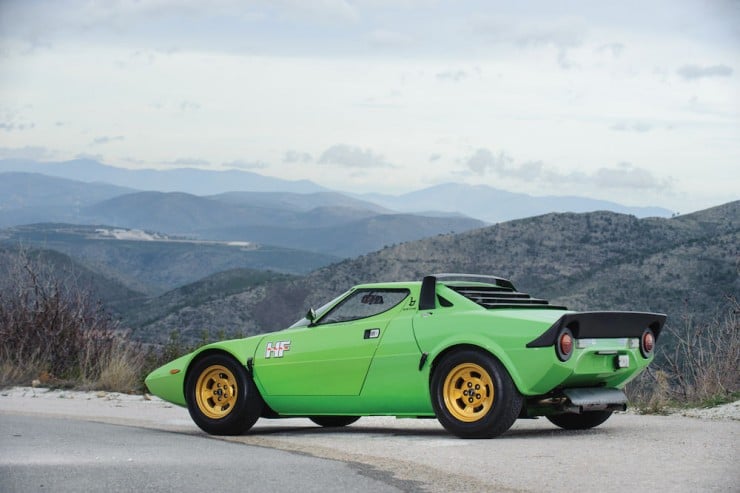 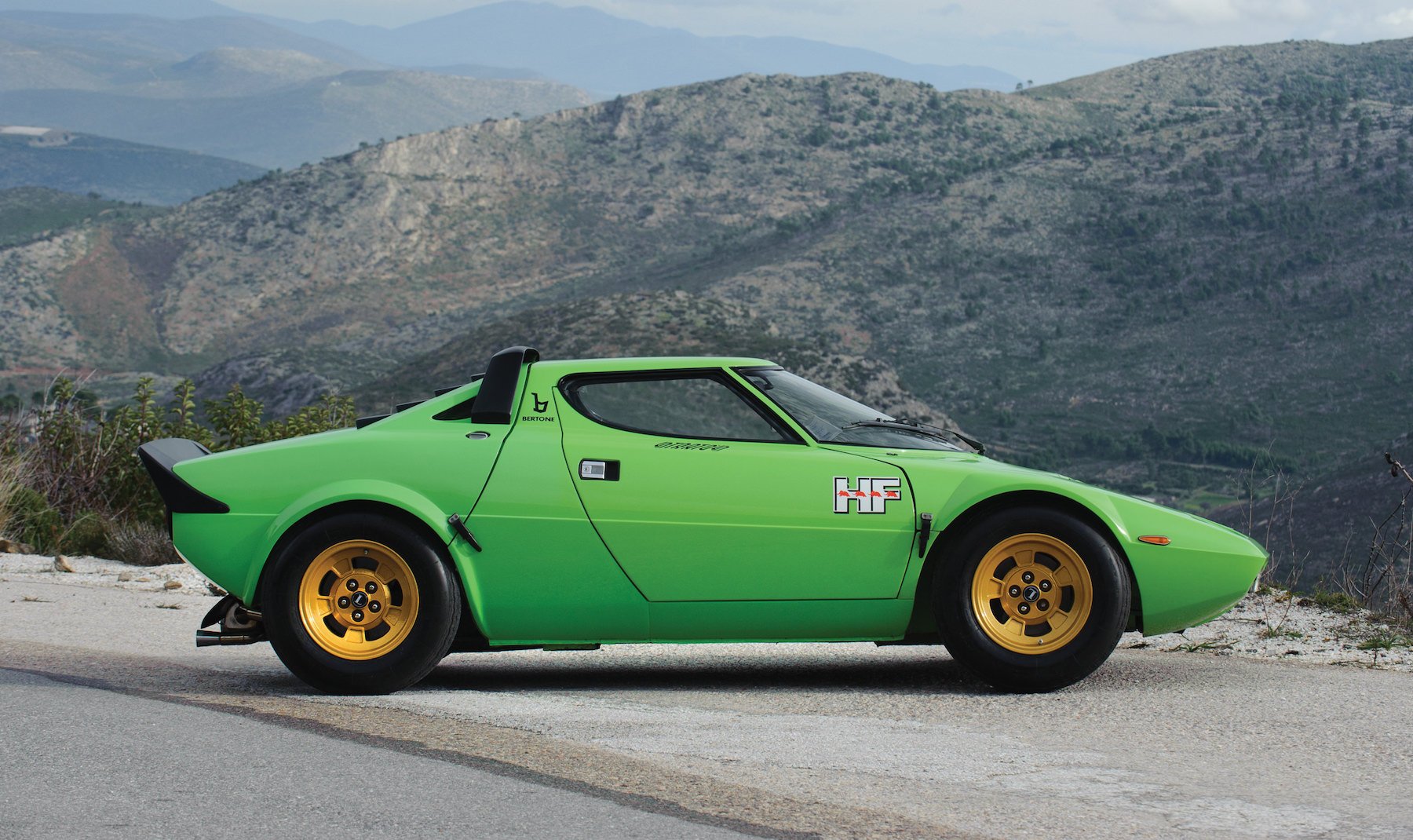