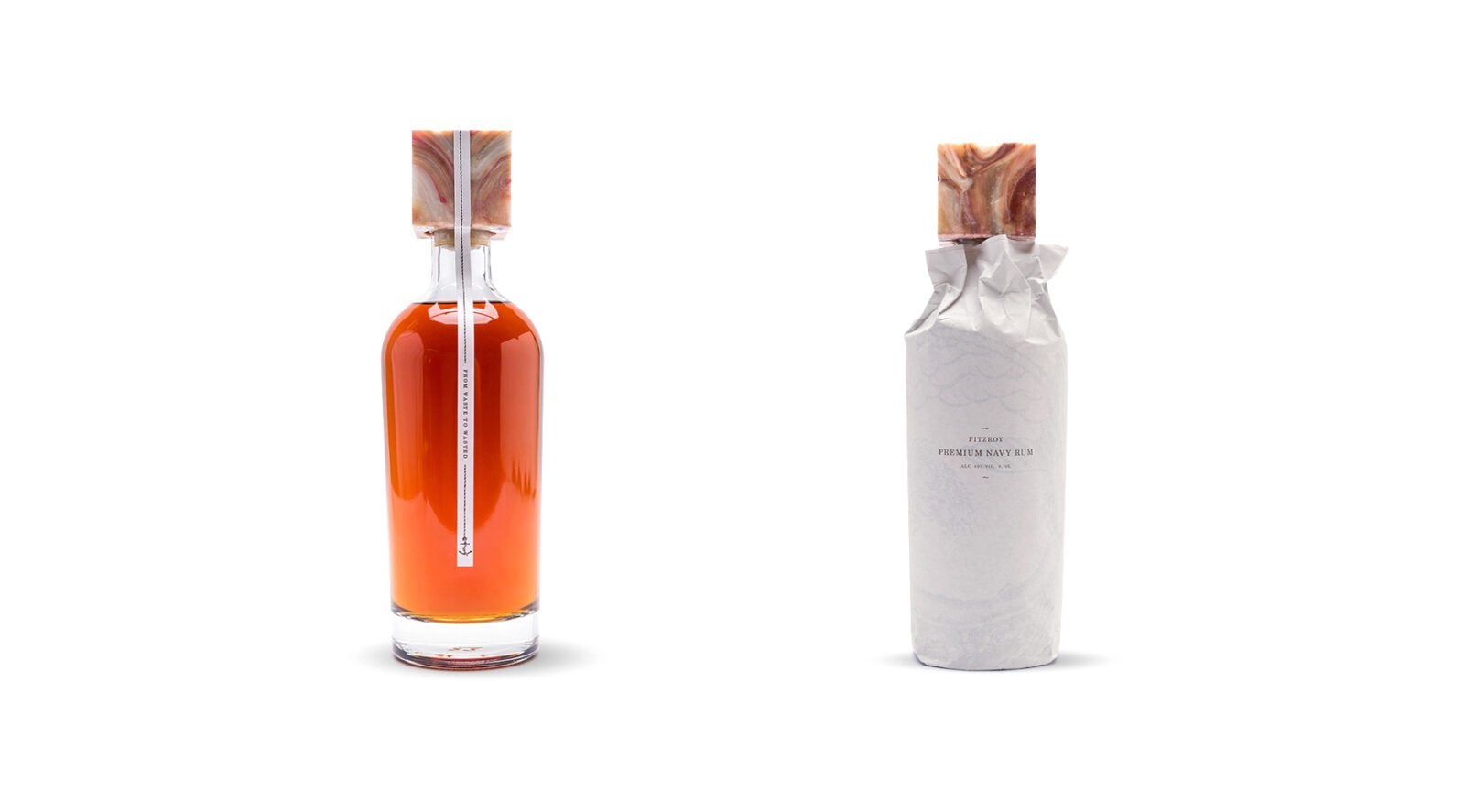 Fitzroy Premium Navy Rum is named for Captain Robert FitzRoy, the man who steered Charles Darwin on his voyage of discovery aboard the HMS Beagle.

Where Fitzroy rum distinguishes itself from your standard bottle of firewater is in its packaging. The bottle and lid are both made from recycled materials found polluting the North Sea. The cap is made from recycled Coca-Cola labels, and each is entirely unique, with an interesting marble-like appearance.

The bottle is made from glass found in the sea and on local beaches, and both the cap and bottle are designed to be reusable – possibly as a water bottle for the day after you drink all the rum.

Not to be forgotten, the rum itself has been distilled using age-old techniques and made using ingredients from Jamaica, Barbados, and Trinidad in the traditional “Navy” style that would be immediately familiar to the palates of those from the era of Darwin and FitzRoy. 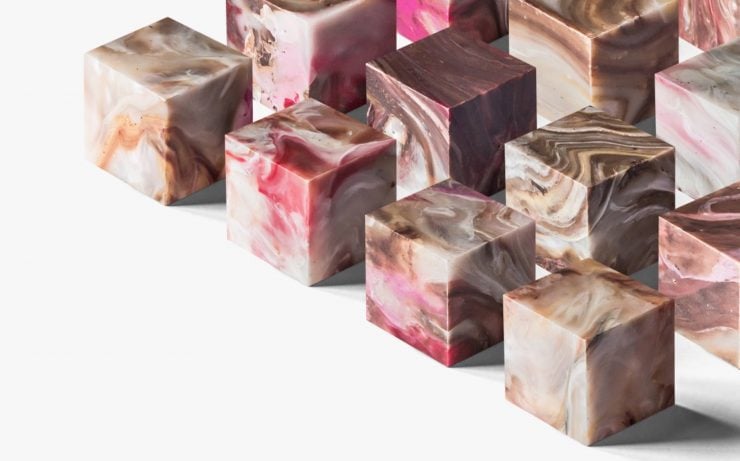 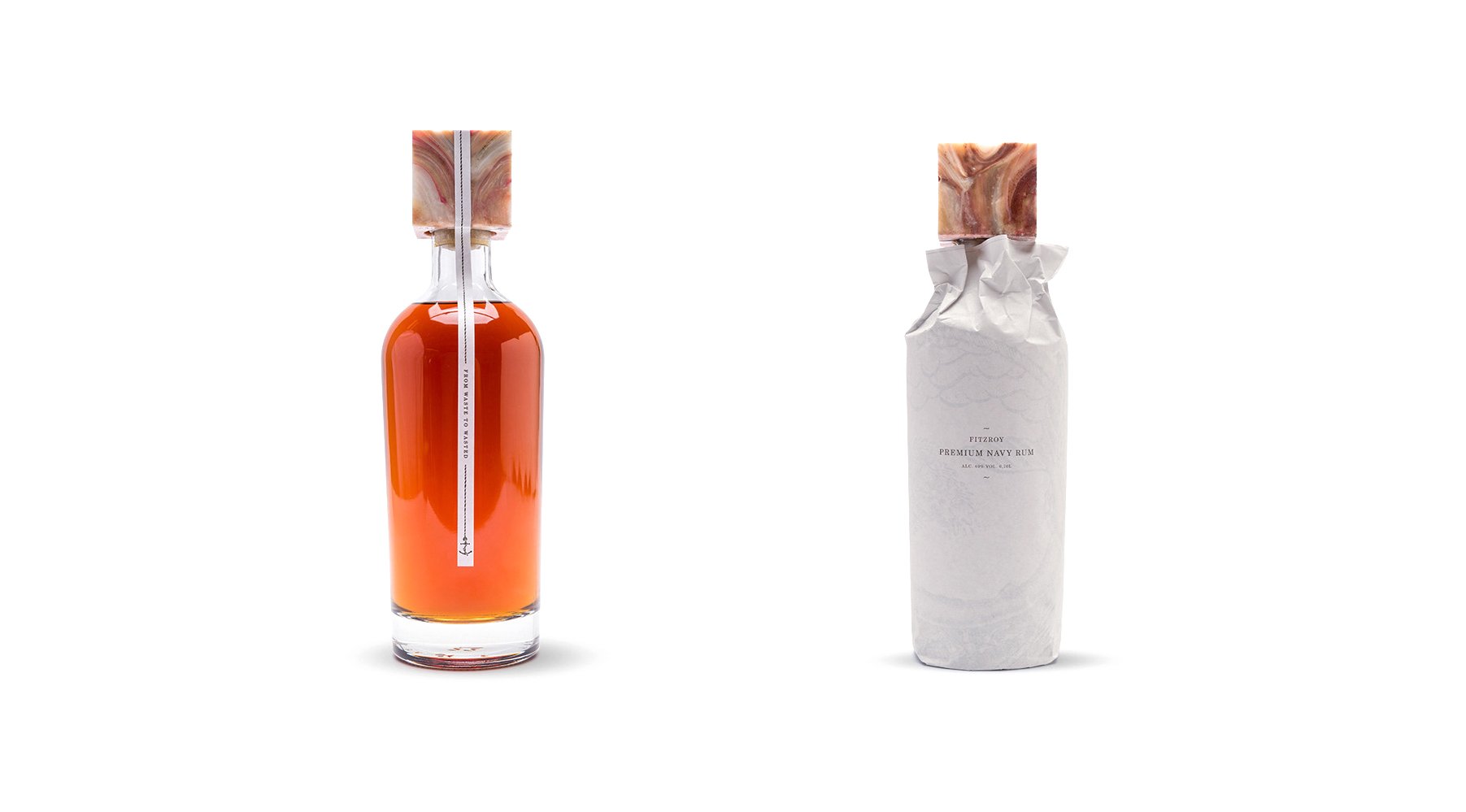