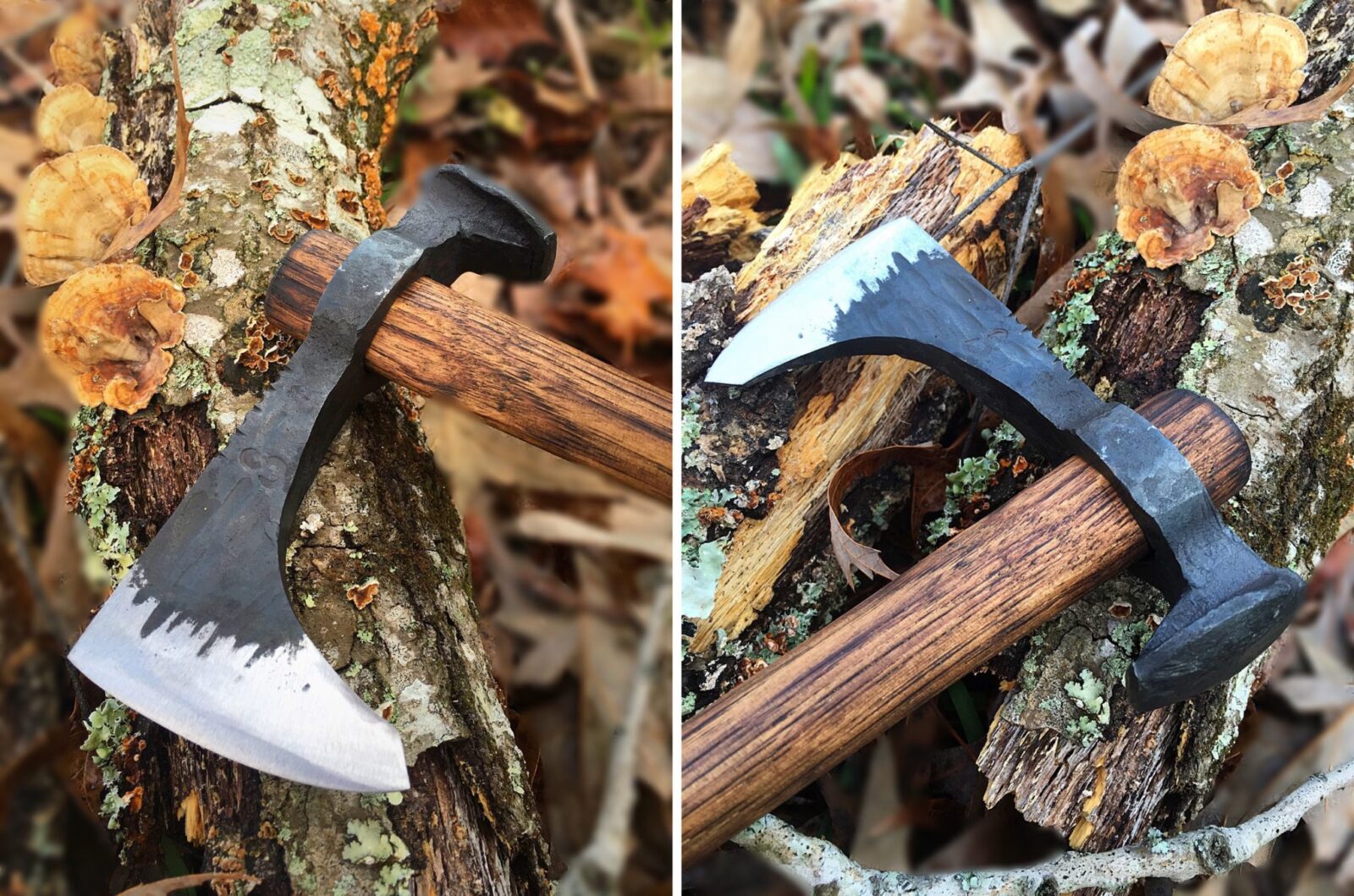 This Railroad Spike Throwing Axe is the work of John Carter, a blacksmith and police officer based in Livingston, Texas. John is an avid and talented blacksmith with his own coal-fired forge, each of his creations are made by hand using either traditional forging techniques or stock removal. The latter of which is a knife making technique that involves manually removing the metal you don’t need from a block of steel to leave you with the shape of the tool you need, which you can then grind and shape into its final form.

John designed this tomahawk to be as versatile as possible, so owners can use it for field dressing wild game, axe throwing, wood carving, firewood chopping (and splitting kindling), wilderness and camp tasks, and even as an effective close-quarters weapon should the need arise.

The axe has a wide bearded blade on one side and a railroad spike head on the other – allowing it to be used as a hammer or rock splitter. John makes each item to order, so there’s a 3 to 5 week lead time on delivery – but he has 170+ 5 star ratings from happy clients, meaning it’ll be well worth the wait. 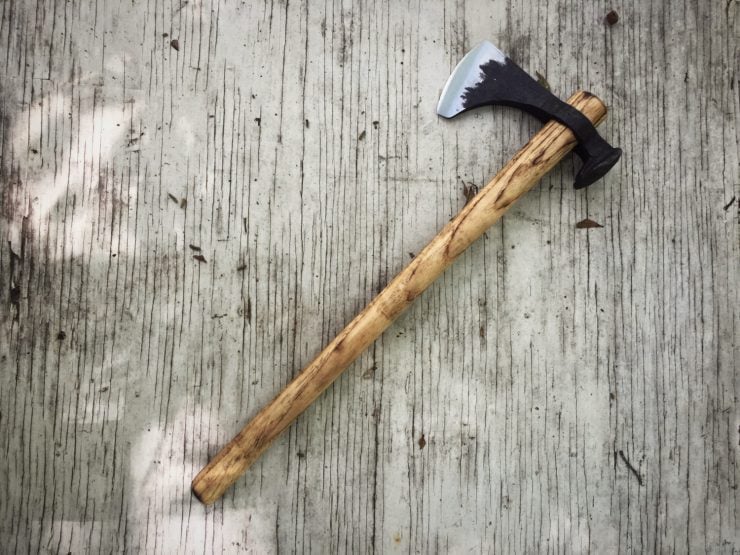 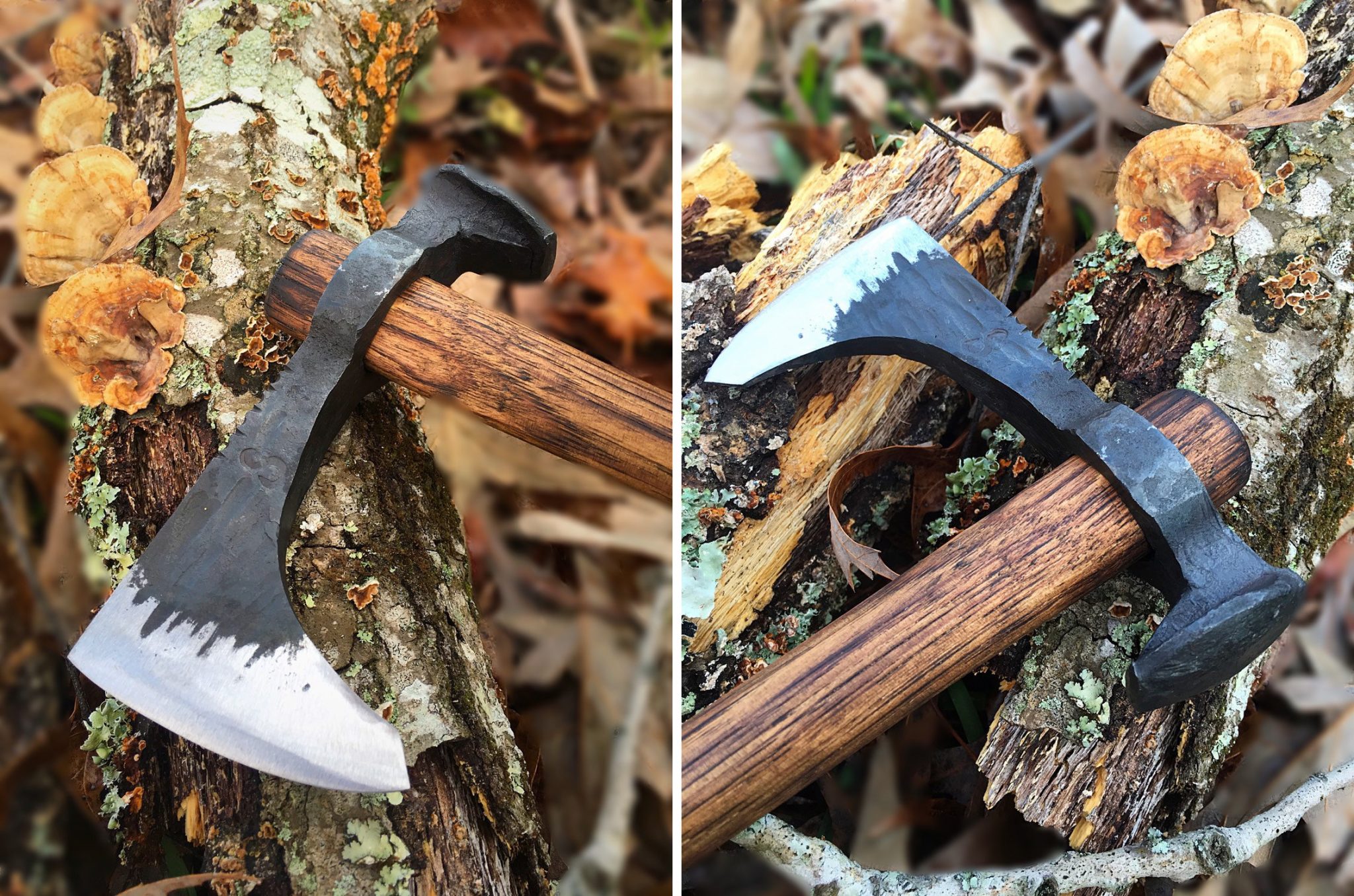