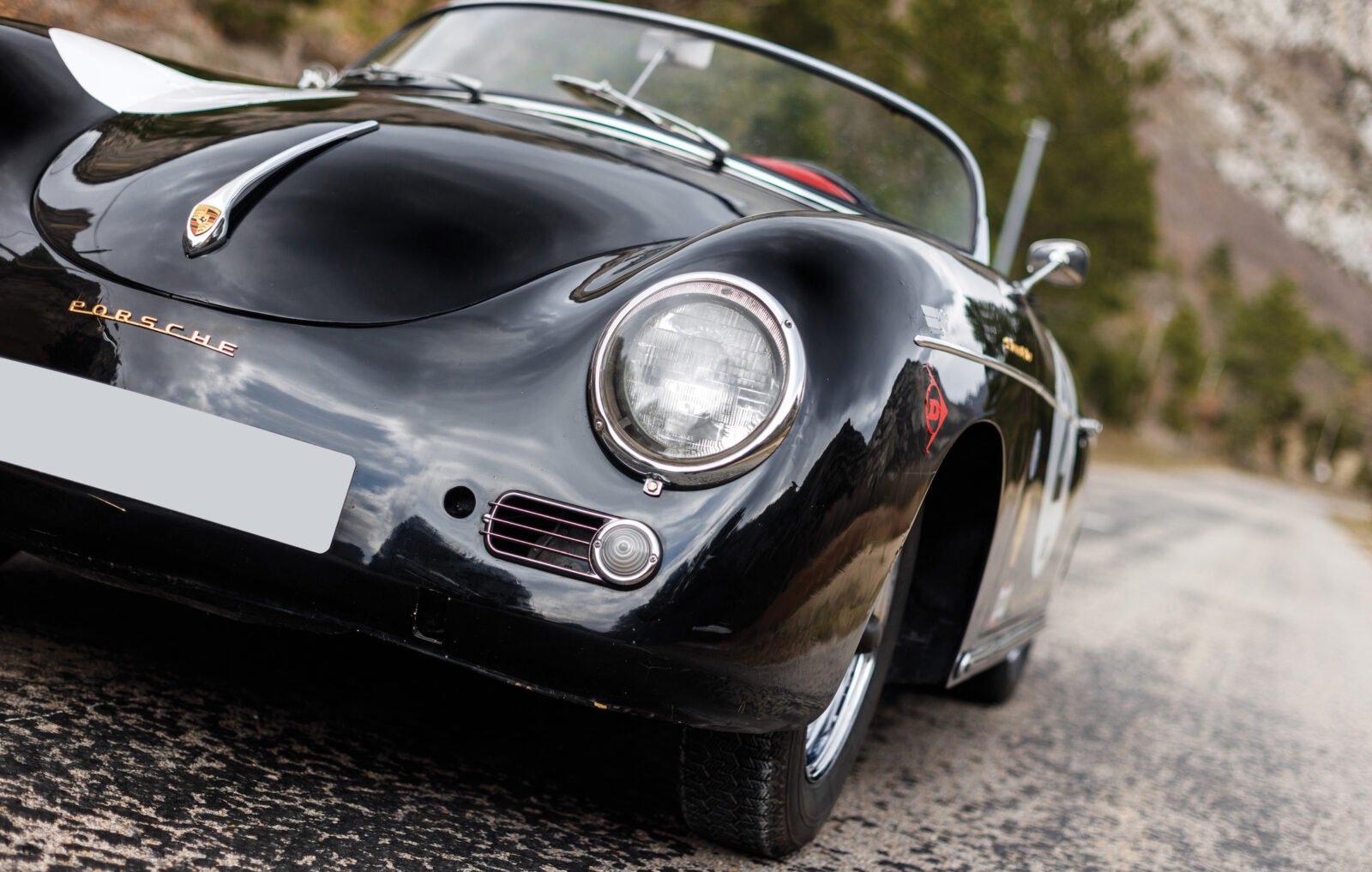 The idea to build the Speedster wasn’t actually a Porsche idea, it was thought up by the hugely influential Austrian/American auto importer Max Hoffman.

Hoffman is largely responsible for the creation of the Mercedes-Benz 300SL Gullwing, the BMW 507 roadster, the Porsche 356 Speedster, the BMW 2002, and many more.

Of all his influential ideas, the 356 Speedster was almost certainly the least expensive when it was new. It’s probably also the Hoffman car that’s seen the highest value gain from its original MSRP to its current value.

The funny thing is that the Speedster was never intended to be an expensive car, quite the opposite in fact, it was designed to cost under $3,000 USD.

In order to get the price of the Speedster below the $3,000 mark and below the cabriolet version of the Porsche 356 a number of creature comforts were left out or modified. The Speedster had a smaller, low profile windscreen (removable for racing), two thinly padded bucket seats, a minimal folding roof, side curtains instead of roll up windows, and a somewhat spartan interior.

This spartan interior also helped keep weight down, which made the car popular with amateur racing drivers across America, including an up and coming actor named James Dean.

The car you see here is a 1957 Porsche 356 A Speedster has spent much of its life in Canada belonging to two members of the Toronto 356 Club.

The decals down the side of the car indicate it’s more of an Outlaw than a factory stock example of the 356 Speedster, and once you pop the engine lid and see the motor you realise the car is an Outlaw to the core.

Although most in the Porsche classic car community prize originality above all else, there is a small but influential minority that modifies their cars for performance. These modifications often include engine and gearbox swaps, suspension upgrades, brake upgrades, and a slew of interior and exterior modifications.

Although these modified cars used to be treated like outlaws, hence their name, they’ve been embraced by the Porsche community in more recent years, and the 356 Registry has even introduced an Outlaw Class in their Concours d’Elegance.

This 1957 Speedster has been fitted with a more powerful 1600cc engine from a later 1965 Porsche 356 C, the crankshaft has been drilled and tapped for full flow oil system, the car has an oil cooler, a higher performance Elgin camshaft, and a lightweight flywheel.

This engine now turns out 100 bhp, which is enough to make the sub-1,800 lb Speedster a very spritely performer indeed.

RM Sotheby’s are due to roll the car across the auction block in mid-April with an estimated value of between €275,000 and €325,000. If you’d like to read more about the car or register to bid you can click here to visit the listing. 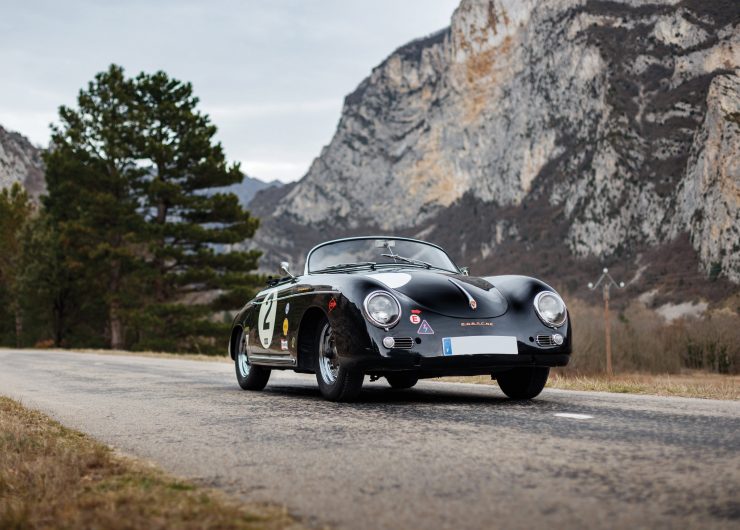 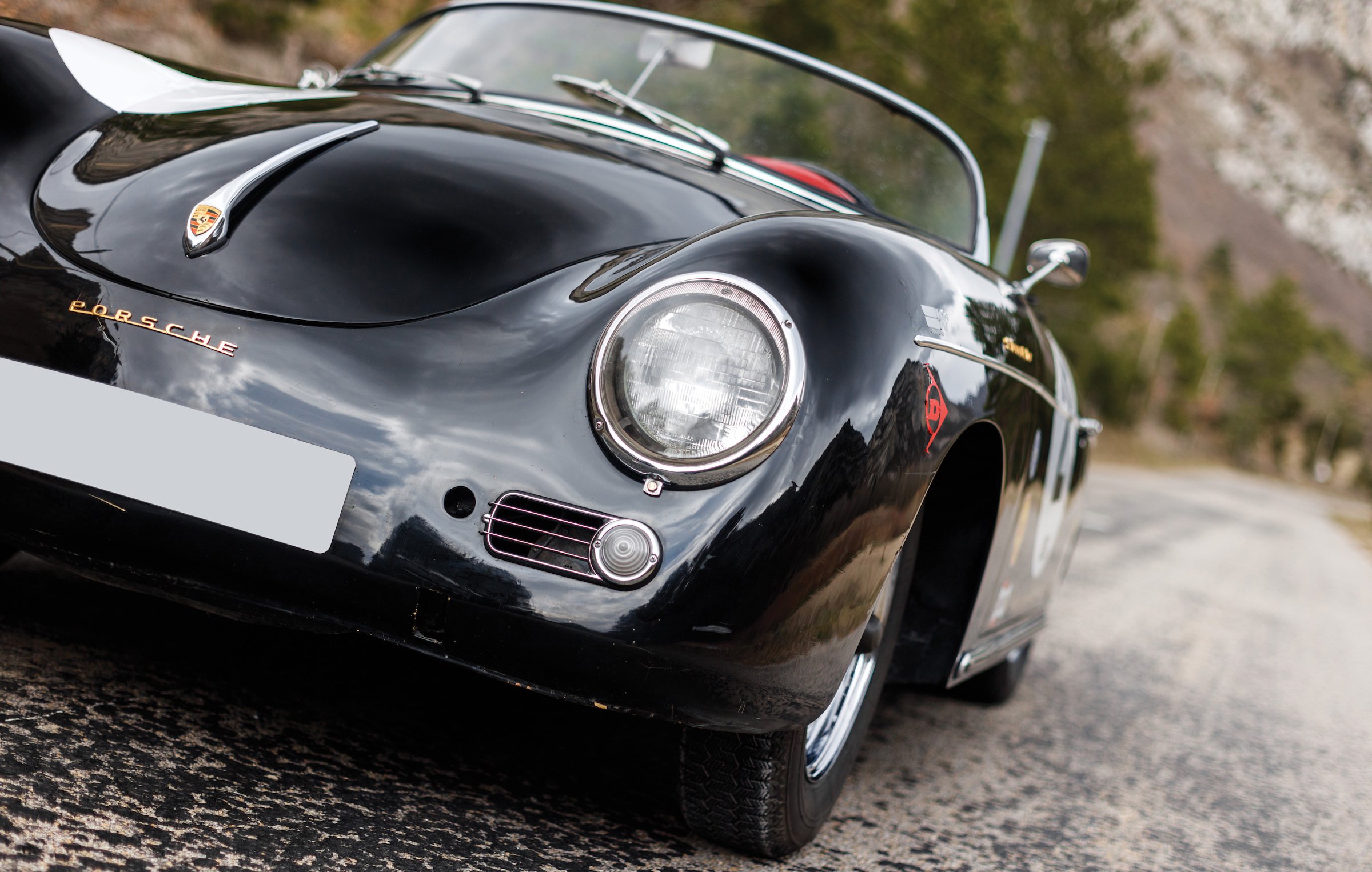