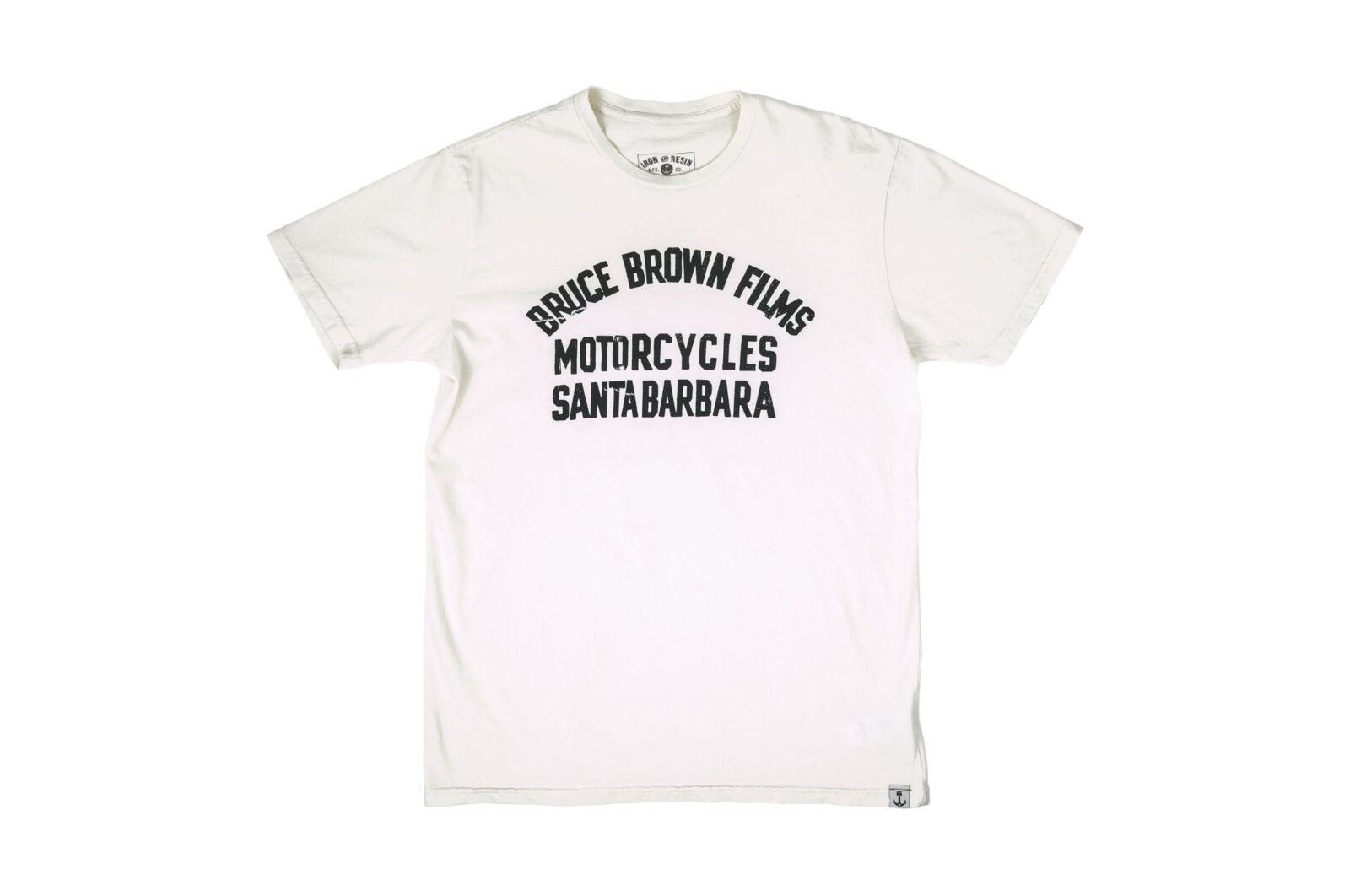 If you were a surfer or a motorcyclist in the 1960s or 1970s, Bruce Brown would have been one of the most important documentary filmmakers in the world to you. Brown’s work was notable not just for its ability to capture the essence of a community, but also for the way it showcased it to the wider world in an approachable way.

Countless young men and women were inspired to take up surfing it motorcycling after seeing one of Brown’s films, his most famous works were On Any Sunday, Slippery When Wet, Surf Crazy, Surfing Hollow Days, The Endless Summer, On Any Sunday II, and the Baja 1000 Classic.

This cotton tee from Iron & Resin is officially licensed Bruce Brown merchandise, it comes in both blue and white, with the famous Bruce Brown Films logo across the front. Sizing ranges from S to XXL, and each comes with the Iron & Resin triple guarantee. 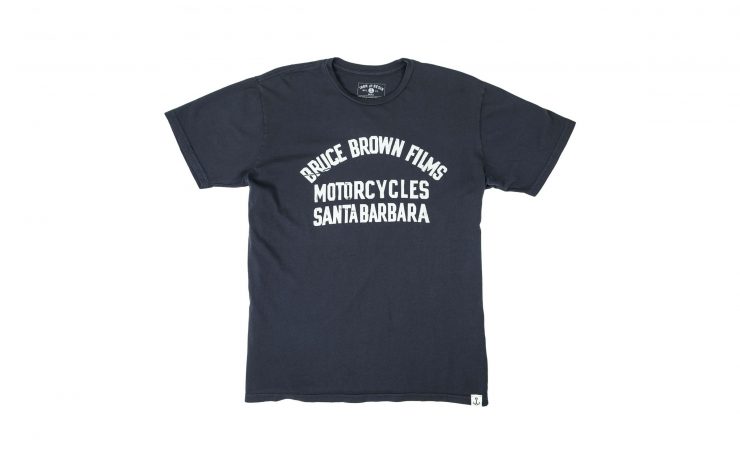 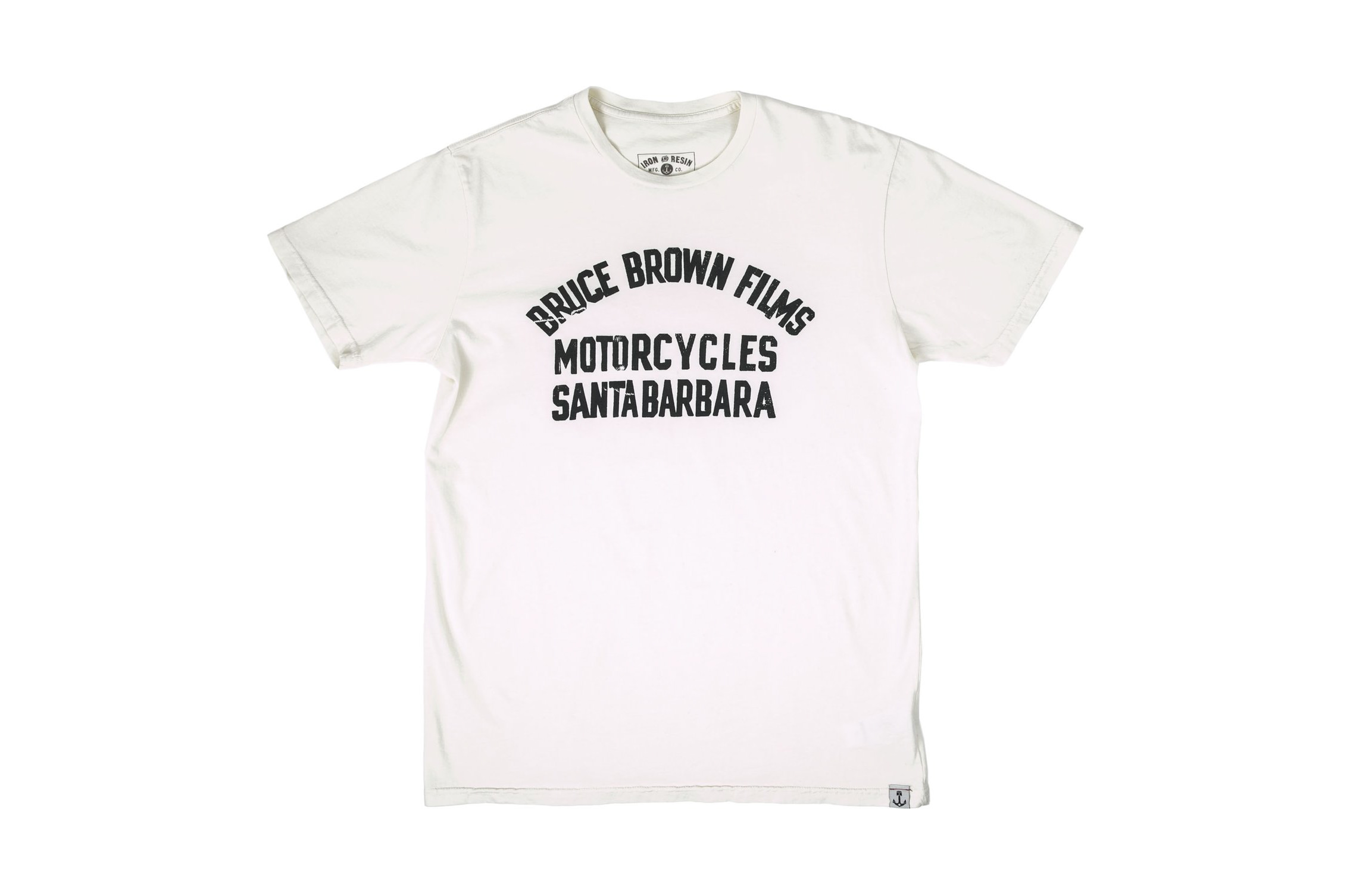