Goose: Wingman of the Road – An All-In-One Motorcycle Camping Solution

Goose: Wingman of the Road is a new camping system designed to take care of your accommodation needs when out motorcycle camping – including a mattress and sleeping bag.

The Goose combines two designs, the traditional motorcycle tent that attaches to the bike, and an Australian-style swag that is typically defined as a one-person tent designed to be carried on walkabouts in the great unknown.

Motorcyclists face some challenges when camping, unlike cars and four wheel drives motorcycles have very limited carrying capacity. This typically results in motorcycle tents being extremely small and awkward, often utilising tents that were originally intended for hikers or cyclists.

The problem with this is that hikers and cyclists don’t generally wear armoured leather jackets and trousers, hefty boots, gloves, and full face helmets. Motorcyclists need a tent for themselves that also has space for their gear to keep it dry and out of the elements, but the tent still needs to fit on the pillion seat with minimal overhang on each side.

The Goose is made up of a central sleeping chamber with a verandah awning on one side that attaches to your bike – this allows you to store your gear out of the weather. Both sides of the tent have full length doors with fly screens, and inside you’ll find a heavy duty PVC floor, a foam mattress/sleeping bag, and a small pocket on the wall for storing items like phones, wallets, watches, etc.

The tent is made of waterproofed 420 gram ripstop canvas and it comes with a cover made from the same material that doubles as a floor for the verandah area. Guy ropes, poles, and tent pegs are all included, when you pack the tent up they’re placed in the middle and rolled up for safe keeping.

The Goose can be attached to the back of almost any motorcycle with a pillion seat, though obviously not when you’re carrying a passenger. It’s also a good idea to carry a puck for under your side stand to reduce the chance of the bike flopping onto your gear (or you) in the night. 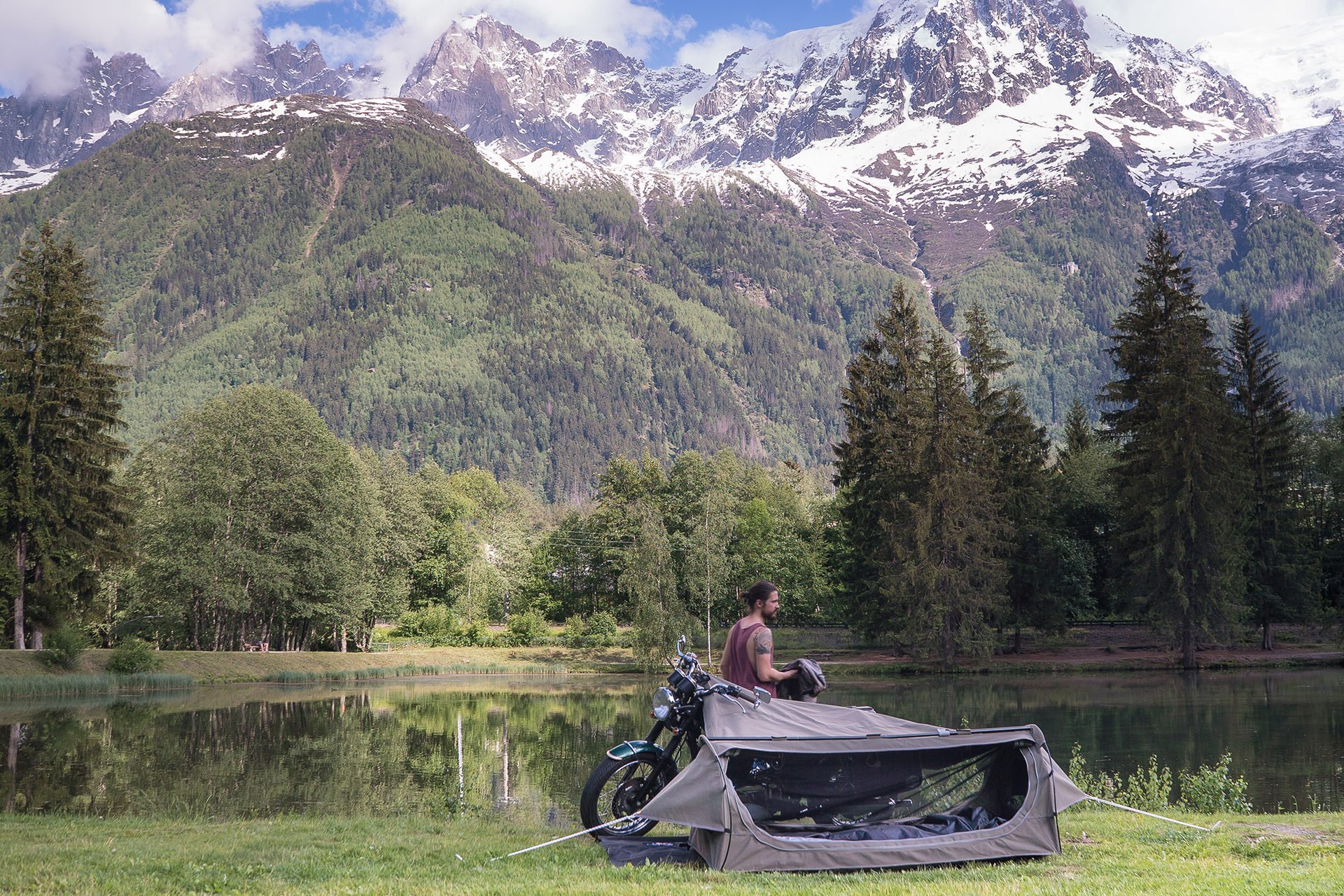