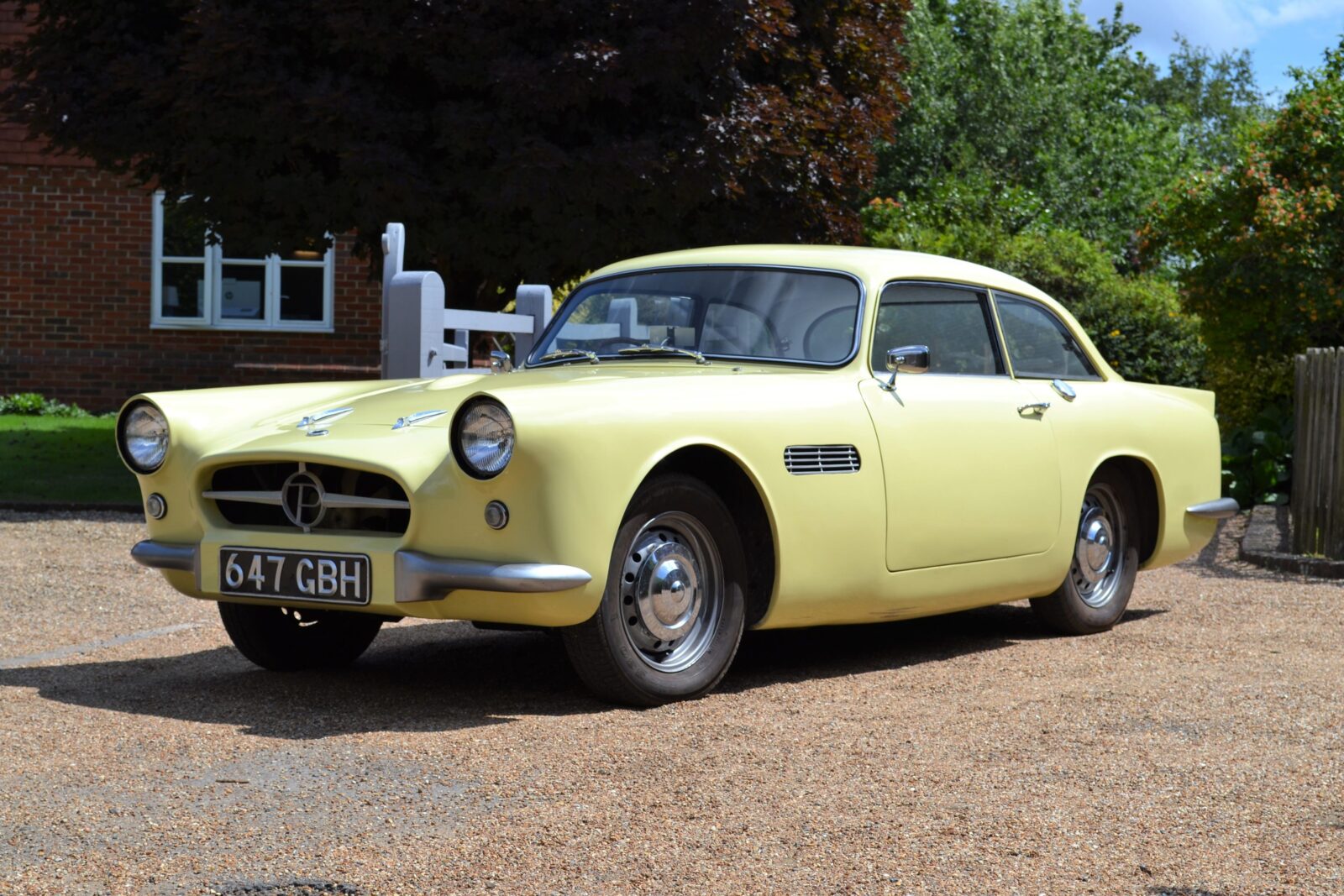 In 1958 before the start of the 24 Hours of Le Mans, an unusual new car took its position ready for the race, it was the only one of its kind in the field and it was the only car with four seats that would compete that year.

The car was a Peerless GT, of the 55 cars that started the race the Peerless would finish 4th in class and 16th overall after covering 240 laps – a remarkable success that brought the young company a wealth of free media attention and helped sell a significant number of cars.

The Peerless GT was originally to be called the Warwick, the aluminum-bodied prototype carried this name however by the time production began in 1957 the name had been changed to the simpler “Peerless GT” and this is the name that would be used for the full production run of the original cars. 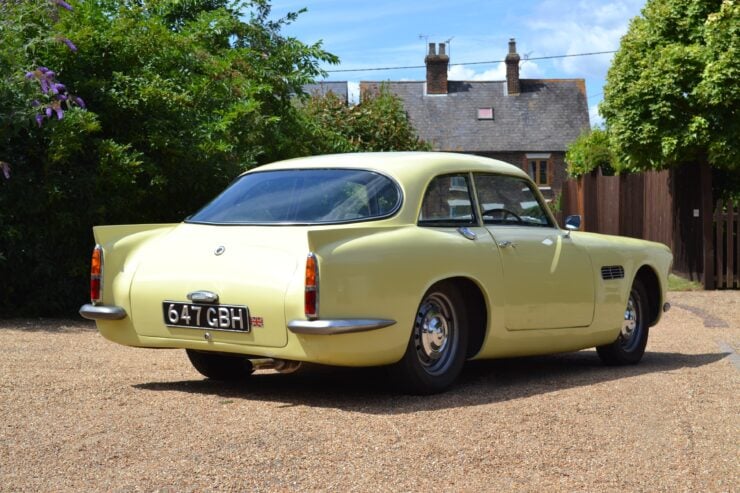 Above Image: The elegant styling of the car has been winning it fans for generations, but due to the low production numbers we don’t often see them come up for sale.

The car was designed by Bernie Rodger with input from fellow company founders John Gordon and James Byrnes. Enzo Ferrari had a name for upstart British companies who appeared out of nowhere and starting building low volume cars, he called them “garagiste,” and Peerless was an excellent example of the phenomenon.

Rodger was a highly-regarded local engine builder and performance tuner who could squeeze every ounce of performance out of any engine you gave him. Byrnes was a club racer who had seen some on-track successes and wanted to try his hand at building his own car, and Gordon was brought onboard due to his experience in the world of automotive sales and for the fact that he was a keen club racer himself.

As it happened, James Byrnes was also a restauranteur. One of his restaurants was close to the Standard Triumph headquarters and as such it was a favorite with company executives. It was this familiarity that would see Byrnes secure access to Triumph engines and parts that the company would come to rely on for the rest of its existence.

Though the Peerless GT is sometimes believed to be merely a rebodied Triumph TR3 nothing could be further from the truth. The car has its own motorsport derived tubular steel space frame chassis, and it measures in at six inches longer than the TR3 and five inches wider. 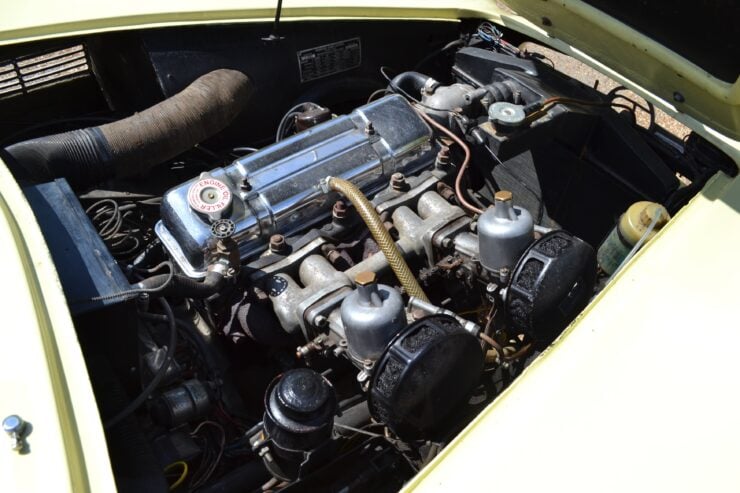 Above Image: The GT is powered by the 100 hp, four-cylinder engine from the Triumph TR3, and it’s capable of 110+ mph.

These specifications coupled with the lightweight fiberglass body, the four-cylinder Triumph TR3 engine producing 100 hp and 117 lb ft of torque, and the four-speed gearbox with Laycock overdrive resulted in a car that could exceed 110 mph, a heady figure for the day, particularly for a four-seater.

The car was displayed at the 1957 Paris Motor Show where it received a positive reception and no small amount of curiosity about its fiberglass body, known to be the same material used by the Americans for their fancy Corvettes.

Later the same year a Peerless GT would be entered into the 1957 24 Hours of Le Mans piloted by British drivers Peter Jopp and Percy Crabb. Remarkably the car finished well and shot the fledgling car maker into the headlines.

Despite the promise of the car and the company the production of the Peerless GT ceased in 1960, it was exceedingly tough for small automakers to remain competitive but Peerless did better than most – building 325 cars and making a good name for themselves.

The Return Of The Warwick

In the years that followed the GT was successfully relaunched using its original name, the Warwick, by company co-founder Bernie Rodger. Though largely similar the car incorporated some chassis and body changes, and an updated dashboard. He kept the car in production from 1960 until 1962, selling approximately 40 of them. 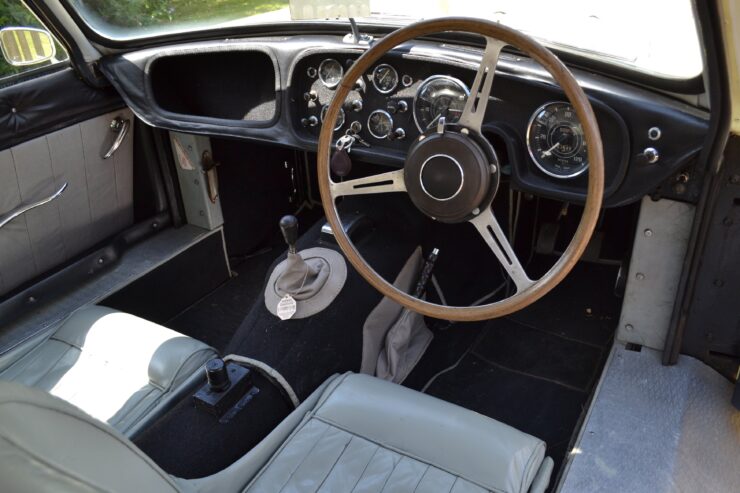 Above Image: The interior of the car offers seating for four and an excellent driving experience thanks to the chassis and suspension which had been developed for competition.

Rodger had plans for a more powerful version of the car using the all-alloy Buick 215 cubic inch V8, two prototypes with this engine would be built and the name was planned to be either “3.5 Litre” or “GT350.” Interestingly the tooling for this engine would later be bought by Rover and it would become the legendary Rover V8.

This still wouldn’t be the end of the road for the Peerless GT, John Gordon and Jim Keeble used the original Peerless spaceframe design to build a new car initially called the Gordon GT and later named the Gordon-Keeble. This car was powered by a Chevrolet 327 V8 and it featured bodywork designed by Giugiaro and built by Bertone. Approximately 100 were built.

The car you see here is a 1959 Peerless GT that was given a comprehensive body-off restoration by a Peerless Register member in 2014. The restoration of rare vehicles like this is often best undertaken by marque experts, as they tend to have a wealth of knowledge that assists them in doing things correctly.

The car is now being supplied with its original ‘buff’ logbook and owner’s manual, and it would likely be eligible for a number of vintage racing events like the Goodwood Revival and Le Mans Classic due to the fact that the model was raced in period.

If you’d like to read more about it or register to bid you can click here to visit the listing on H and H Auctioneers. It’s due to roll across the auction block on the 8th of September and the price guide is £25,000 – £30,000. 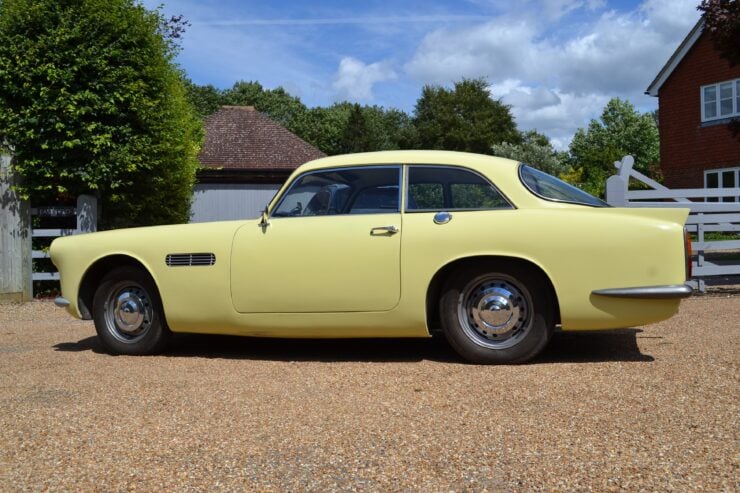 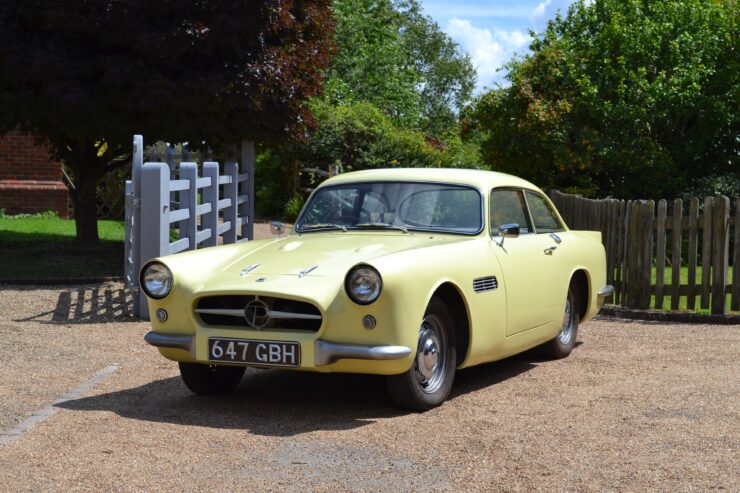 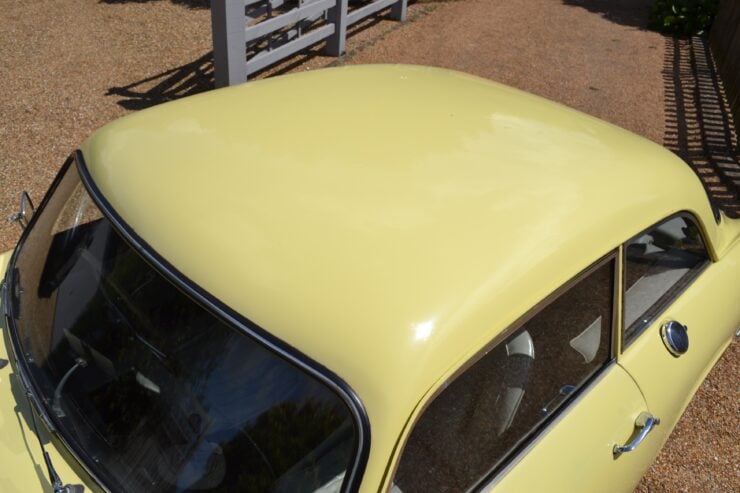 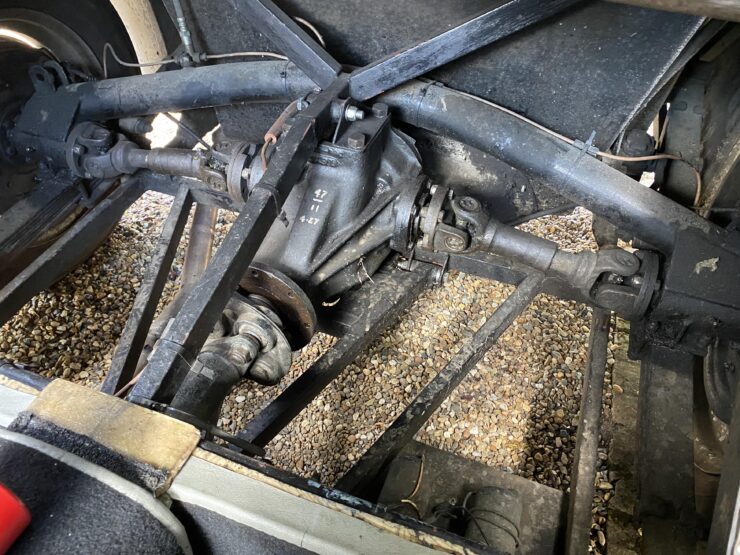 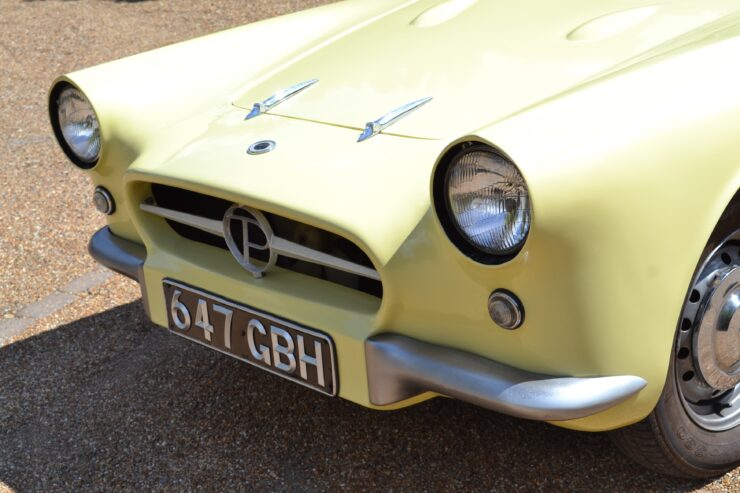 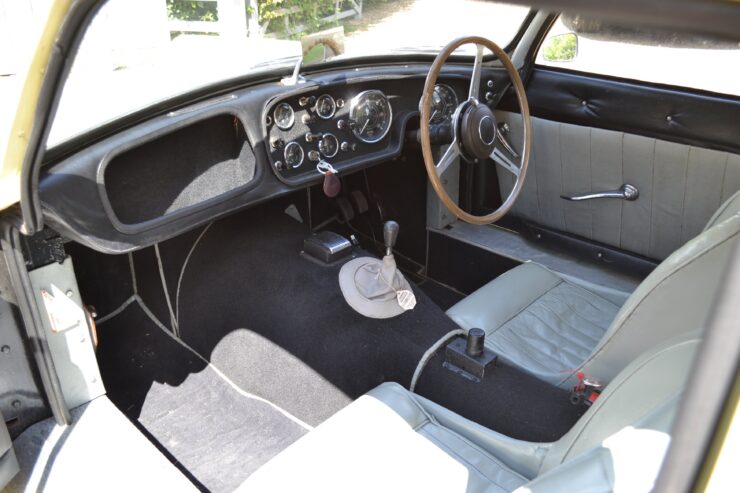 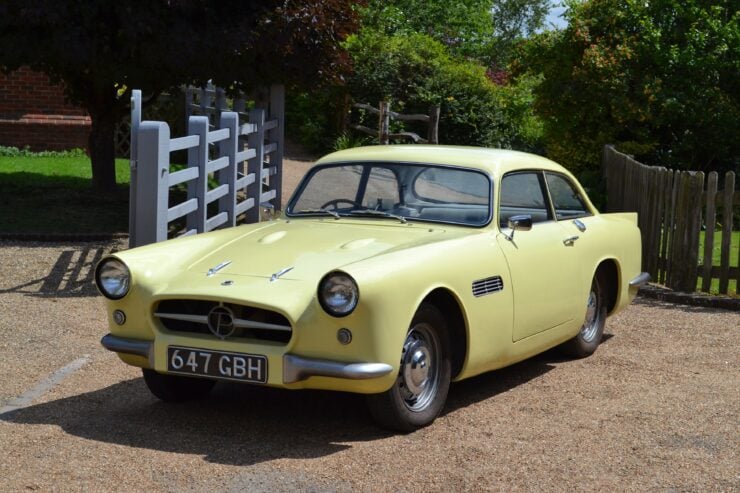 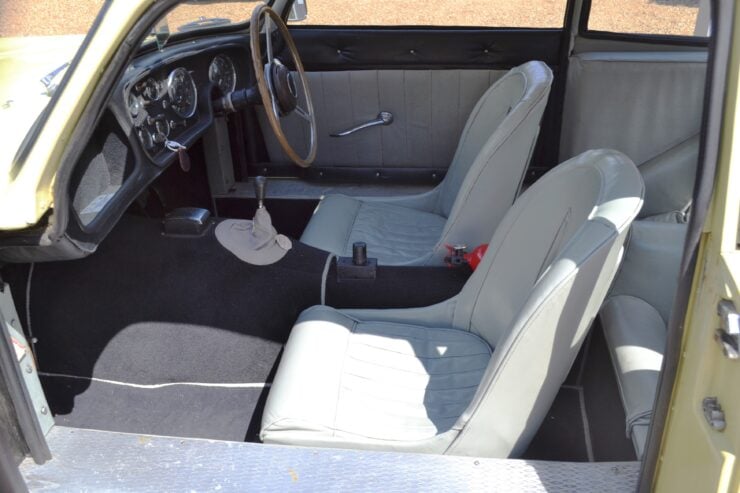 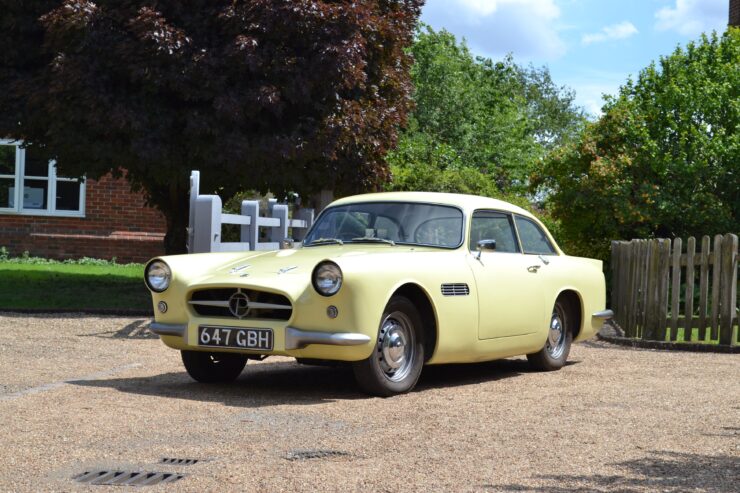 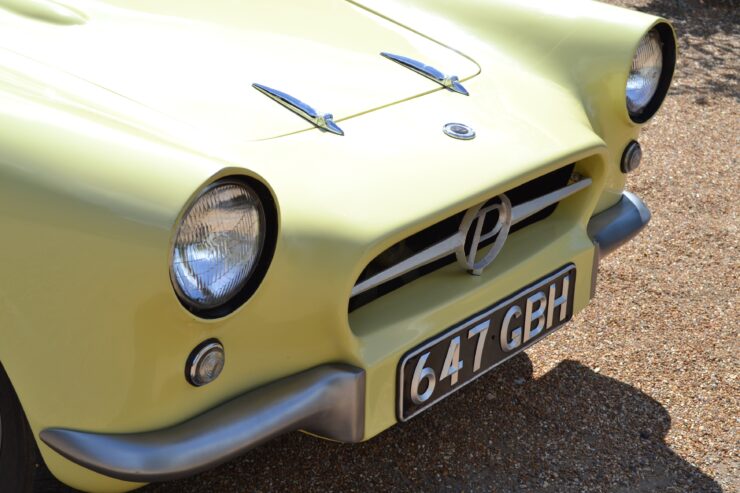 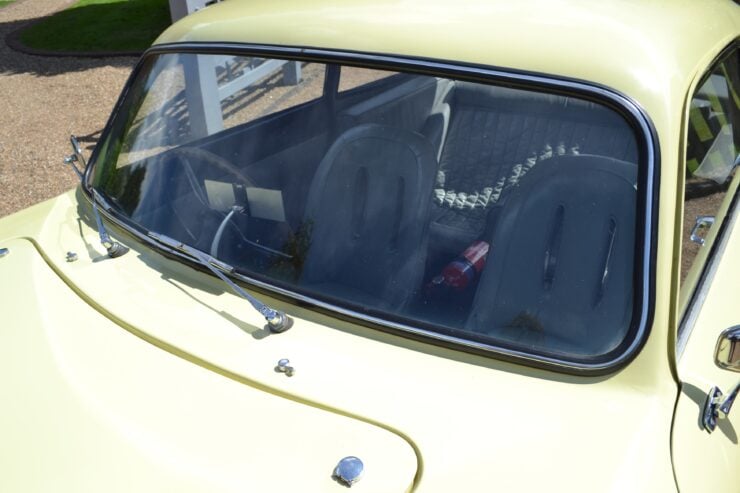 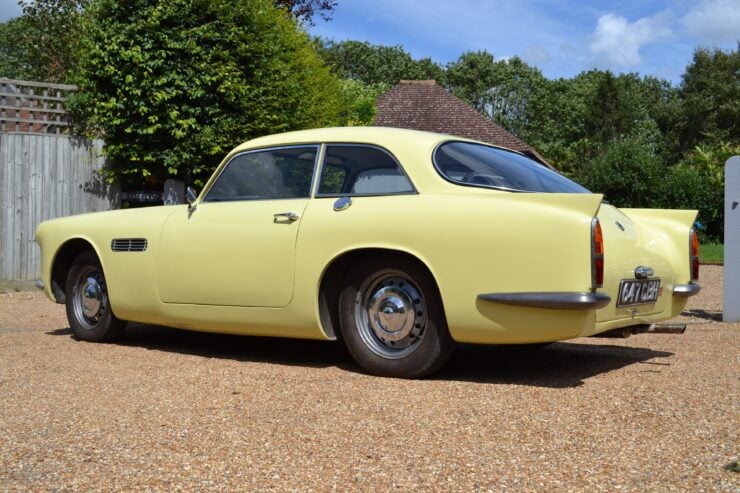 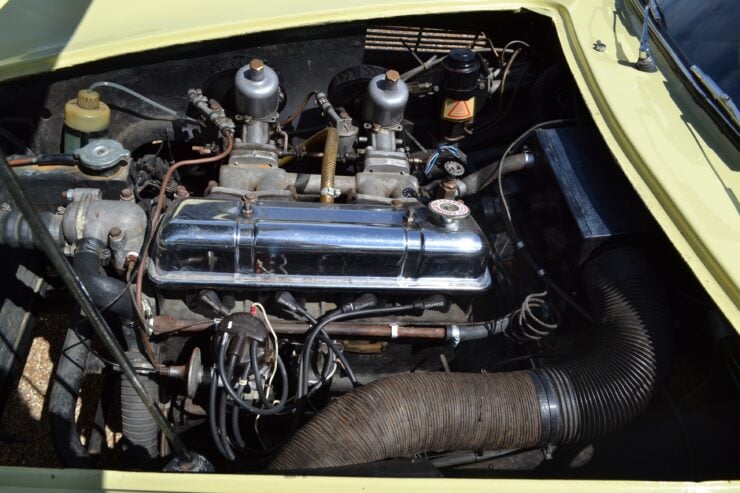 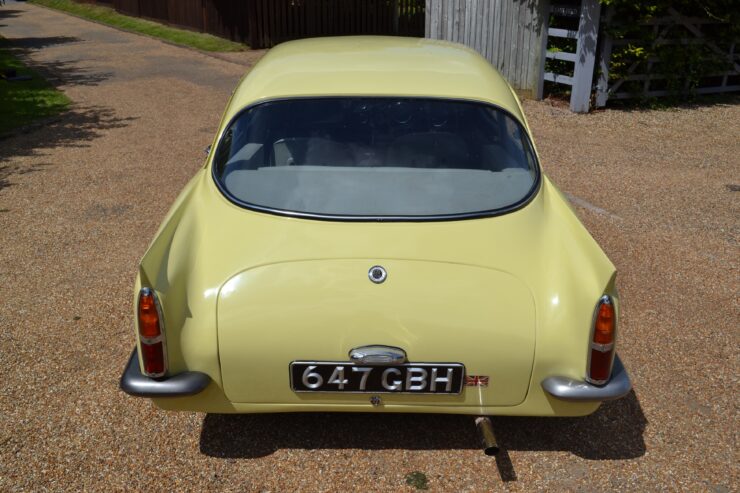 Facebook Twitter WhatsApp Email This is the new three-cylinder radial engine from Australian company Radial Motion. The engineers behind it originally began the project…

Facebook Twitter WhatsApp Email   This is a full-sized clay Shelby Series 1 clay design model in 1:1 scale, it was created in the…

Facebook Twitter WhatsApp Email   Bob “The Rocketman” Maddox is one of the most interesting people in the world of custom vehicle creation. He has…

Facebook Twitter WhatsApp Email This is a 1951 Alfa Romeo 6C 2500 Super Sport Villa d’Este, it’s undoubtably one of the most beautiful cars…