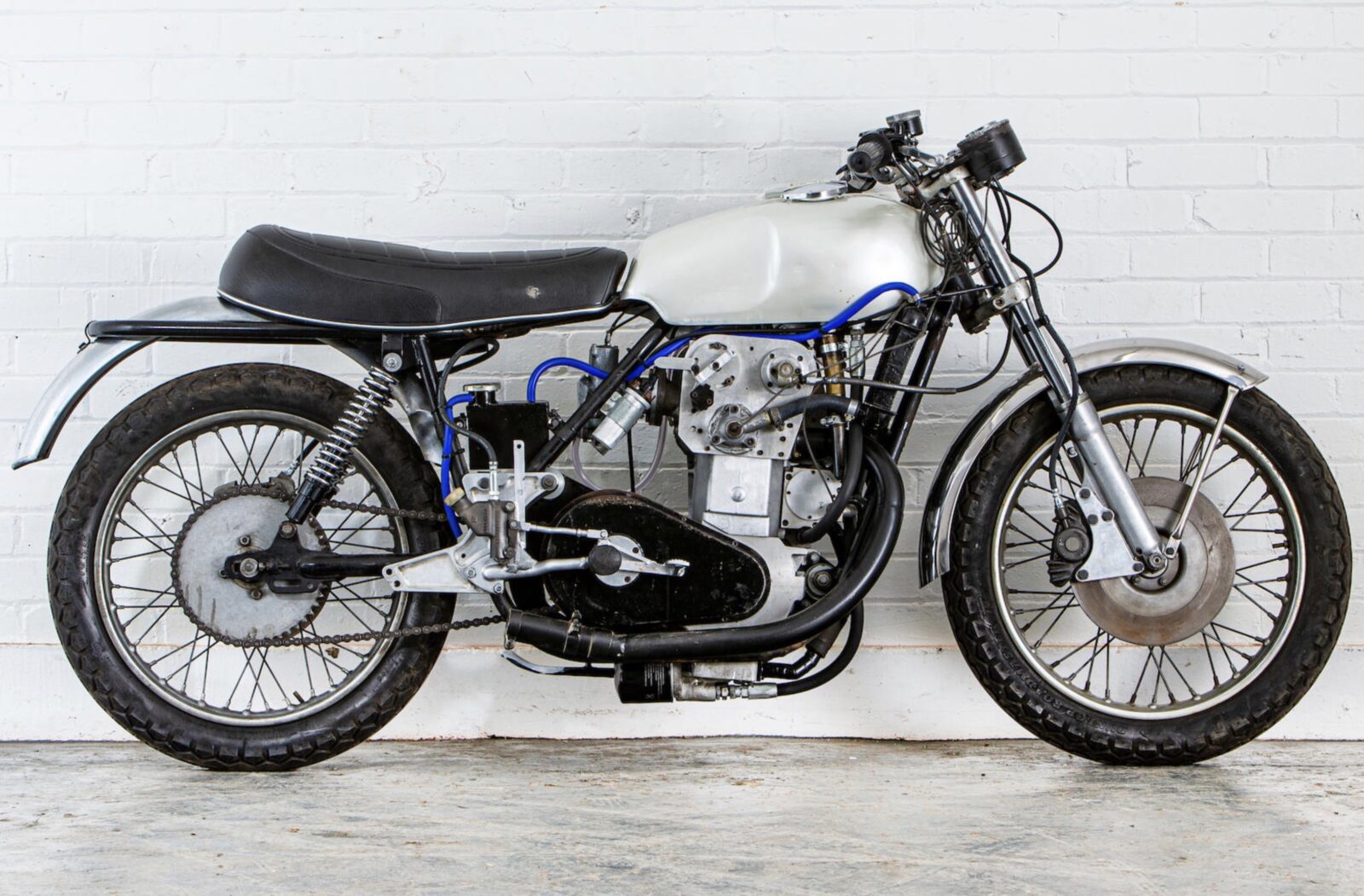 The motorcycle you see here is a prototype that was never meant to be seen outside the Norton Villiers Triumph engineering department, however unlike many prototypes that end up being scrapped, this one somehow ended up in private hands.

No one is certain what the backstory of this bike is, it’s clear that it’s using a 1970s-era Norton Commando as its test bed – the frame, suspension, fuel tank, and seat are all Commando units. What’s not clear is exactly what that engine is, or what its intended purpose was.

The Norton Challenge P86 was the suitably named motorcycle that had been developed to take the fight to the Japanese, and maybe even return the formerly dominant motorcycle marque to its place at the top of the market. 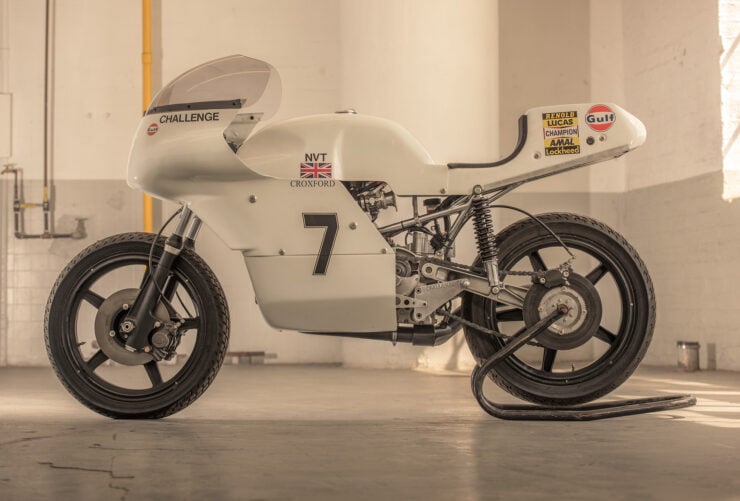 This is the Norton Challenge P86, a motorcycle that could have changed history if its development had gone a little differently. Image courtesy of Douglas MacRae.

Norton management penned a deal with legendary British engineering firm Cosworth to develop a modern parallel twin with double overhead cams, four-valves per cylinder, and unit construction, with enough strength to act as a load bearing central member of the motorcycle frame.

What the engineers at Cosworth did was essentially lop off two cylinders from one bank of the Cosworth DFV Formula 1 V8 engine, make a slew of modifications, and bolt them to a new crankcase. There was far more to it than this of course, but this is accurate enough for us non-engineers.

Due to a lack of development time and some overbearing restrictions placed on the engine’s development by Norton, the P86 would ultimately prove to be a failure.

That said, a further development of this engine fitted to the Quantel Cosworth would take a stirring second place with Paul Lewis in the saddle at the Battle of the Twins in Daytona in 1986. This would be followed up a year later with an outright race win – showing the world what might have been.

The Mystery Of The “P89” Prototype

The prototype you see here is marked only as “P89,” interestingly the Norton Challenge P86 was of course called the “P86,” so this perhaps gives a clue as to why this bike was developed.

Unlike the Challenge P86 the prototype you see here appears to make use of many pre-existing Commando parts (as mentioned in the intro) the frame, suspension, fuel tank, and seat are all from the production Commando.

The key differences are that there’s a new parallel twin in the frame that appears to have double overhead cams and possibly four valves per cylinder in place of the original Commando engine. The primary drive also runs on the right side of the bike rather than the left, and the separate Norton gearbox has been reversed so that it is now on the left side. 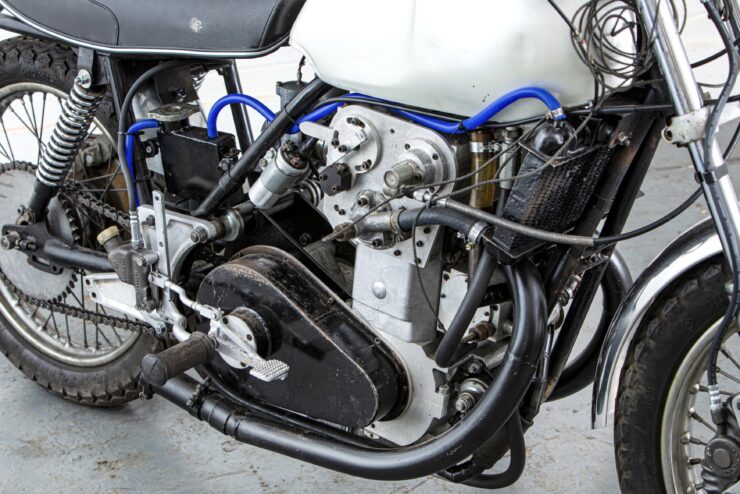 This image offers a closer look at that unusual experimental parallel twin. It’s obviously a liquid-cooled pre-unit engine with double overhead cams, and it possibly has four valves per cylinder.

It seems most likely that this bike was developed as a potential Commando replacement that required few new parts – most of the original Commando is here bar the the air-cooled parallel twin that was first unveiled all the way back in 1947 in the Norton Model 7.

If this bike had made it into production it would have offered an incremental update to the Commando and addressed perhaps the model’s biggest drawback, its decades old engine that was in desperate need of a refresh if Norton was going to stay in business.

It’s important to note that the Norton Commando did win the Motor Cycle News “Machine of the Year” award for five successive years from 1968 to 1972 – it wasn’t a bad bike by any stretch of the imagination, it just needed updating to stay competitive.

What we do know is that this bike, the P89 prototype was bought at the NVT liquidation sale by Stafford-based motorcycle dealer Cyril Chell. The current owner bought if from Cyril and kept it in their private collection for over 30 years – preserving it as the unusual and mysterious piece of motorcycle history that it is.

If you’d like to read more about this bike or register to bid you can click here to visit the listing on Bonhams, it’s due to roll across the auction block on the 9th of October with a price guide of $8,100 – $11,000 USD. 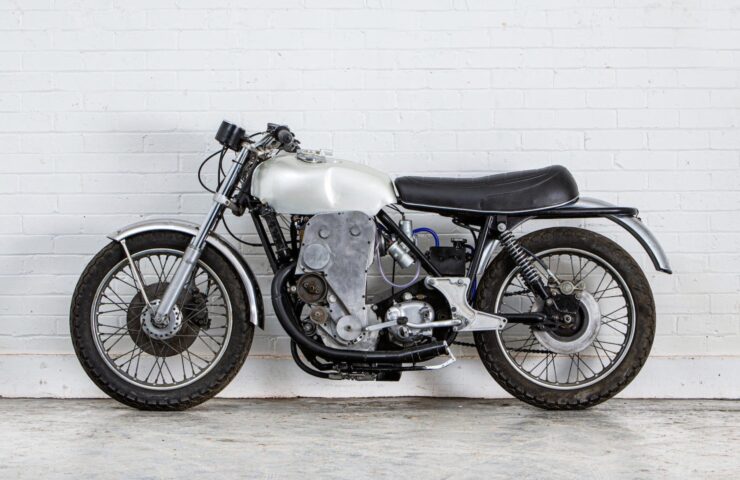 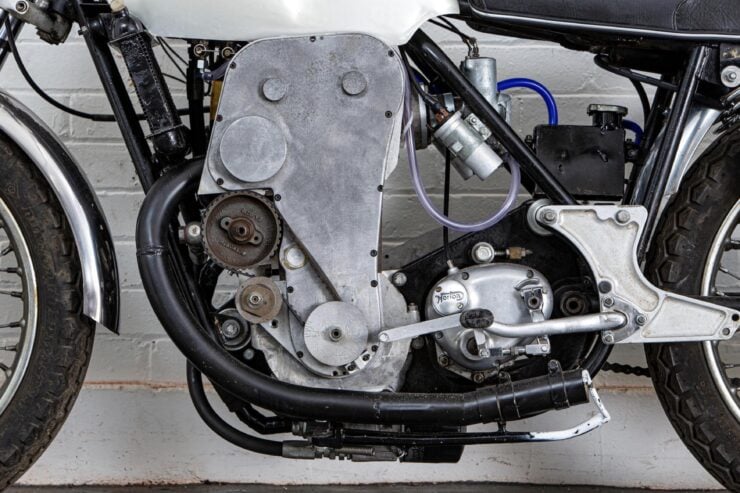 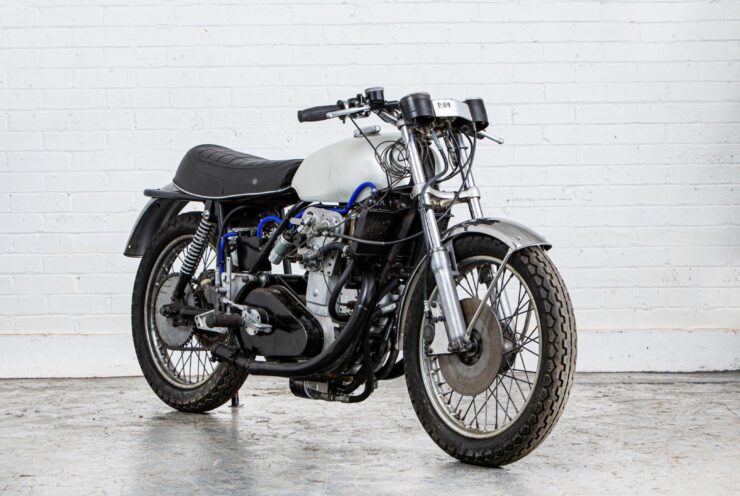 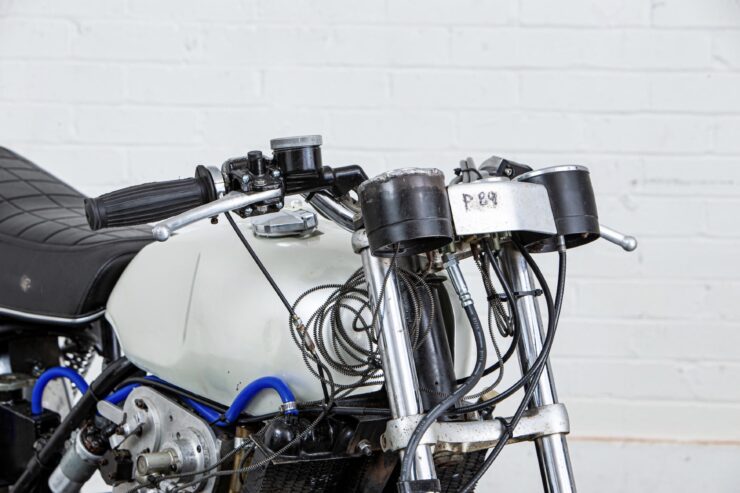 Published by Ben Branch - October 8th 2021
Related Posts
Vintage Documentary: Is This The Car Of The Future?