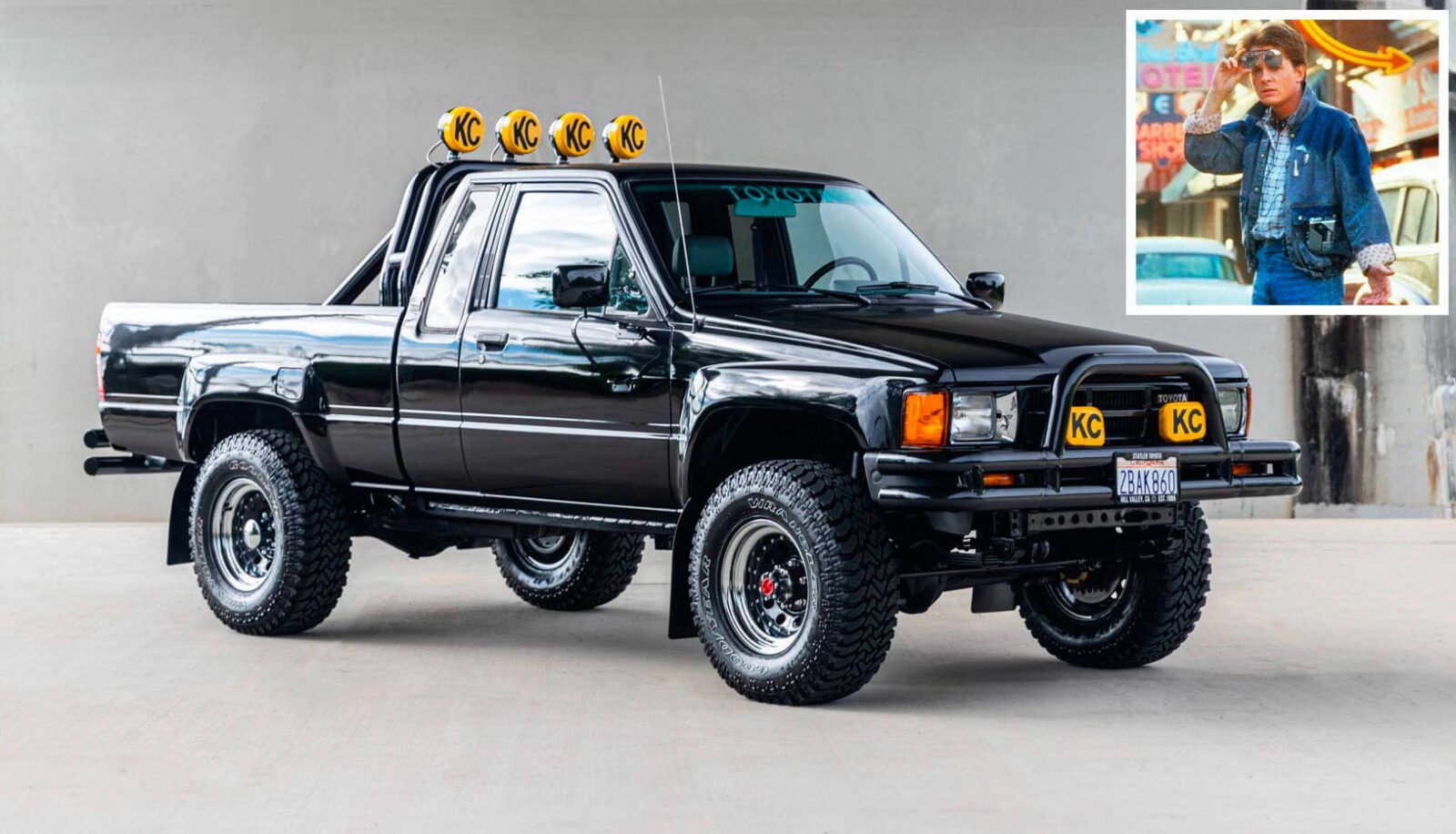 Although the DeLorean DMC-12 is the undisputed automotive lead character in the Back to the Future series, the jet black Toyota SR5 Pickup Truck that appears in all three films as a key plot point for Marty McFly is a close second.

It would be the Toyota that Marty was driving in the third and final film when he refuses to drag race Douglas J. Needles and his gang, as a result he no longer has the crash that had formerly caused him to have such an unfortunate future.

Fast Facts – Back To The Future And The Toyota Pickup

Every kid (and I’m sure many adults) who saw Back To The Future in the 1980s remembers the overwhelming feeling of lust that overcame them when they first saw the gloss black 1985 Toyota SR5 Pickup Truck appear on screen. 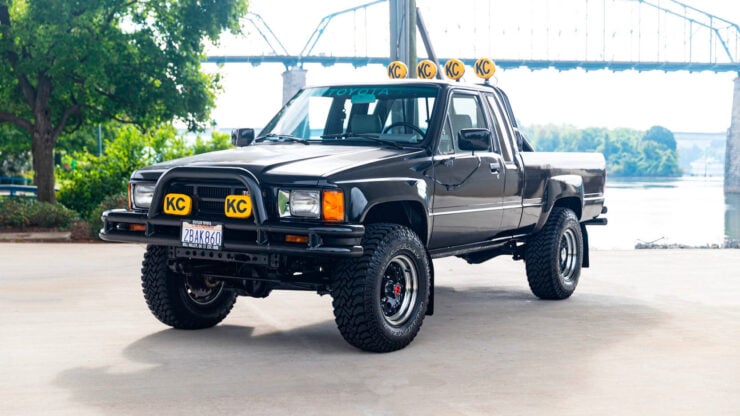 This 1985 Toyota SR5 was built to be indistinguishable from the example used in the second two films, right down to the license plate.

There can be no denying the fact that the appearance of the truck in the BTTF films helped to elevate Toyota’s pickup trucks from tradesmen’s workhorses to objects of desire, not just in the United States but around the world.

No one could have predicted that the second Marty McFly truck would end up being used by smugglers to run drugs between the United States and Mexico, or that it would end up being painted bright orange and sold for next to nothing on Craigslist in California decades later.

Thankfully the truck was discovered along with its original documentation and completely restored back to the way it looked on screen – if you’re interested in its fascinating backstory you can hit play on the 30 minute documentary below.

Above Video: This 30 minute documentary covers the restoration of the real, screen-used Toyota SR5 from “Back To The Future.”

The truck you see here was painstakingly converted into the same specification as the original from the second two films, right down to the number plate “2BAK860.”

The recipe to build your own Marty McFy truck is mostly limited by the rarity of the 1985 SR5 Pickup Truck, a one year only model in this trim before Toyota changed the front suspension from a live axle to fully independent.

The original truck has black and chromed steel wheels with locking front hubs, a 5-speed manual transmission, a gloss black roll bar in the rear with four KC Daylighter spotlights paired with a front bull bar and twin KC spots. It also has a suspension lift and a polished black paint job, and it rides on Goodyear Wrangler tires.

The truck you see here was built to this specification and it’s now indistinguishable from the original, with the exception of the prodigious price tag of course. It’s now for sale with Mecum and will be crossing the auction block in mid-October.

If you’d like to read more about this truck or register to bid you can click here to visit the listing. 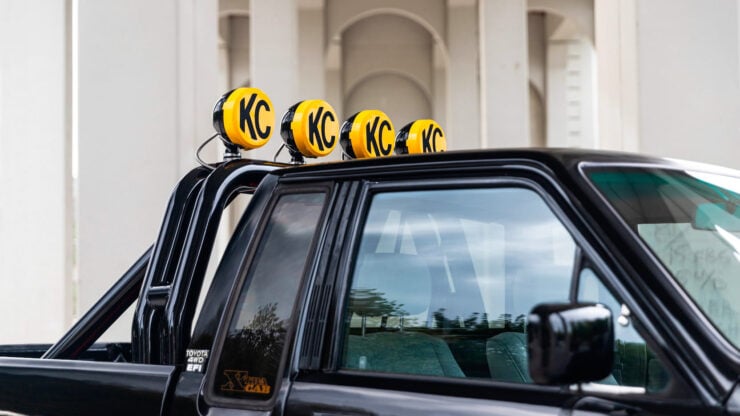 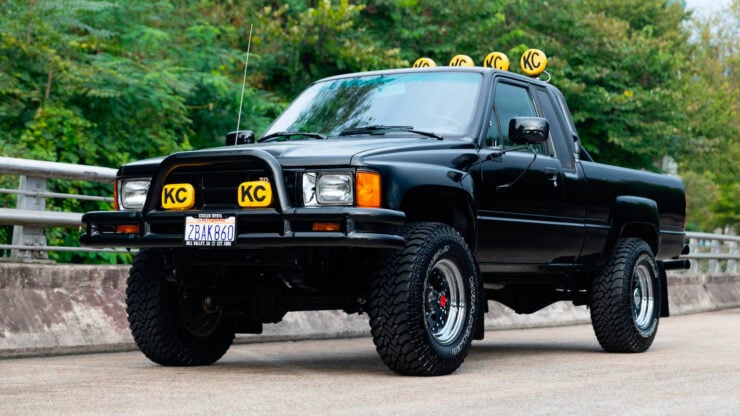 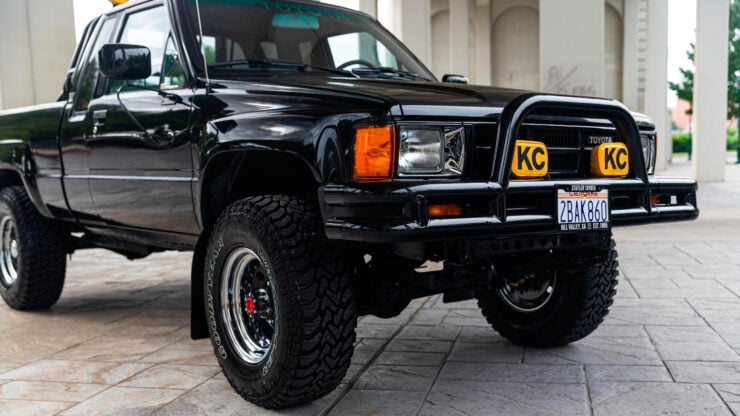 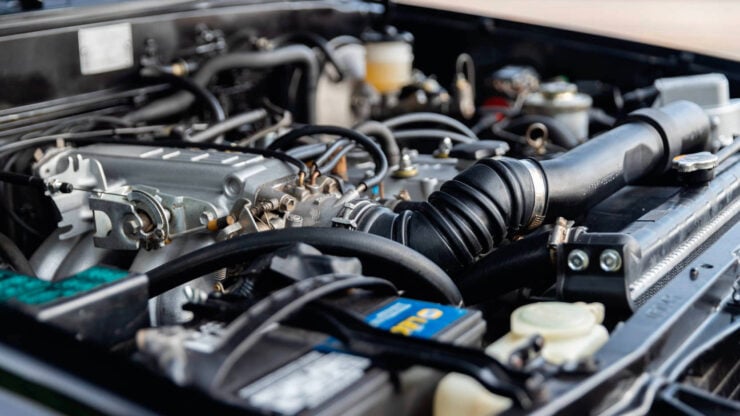 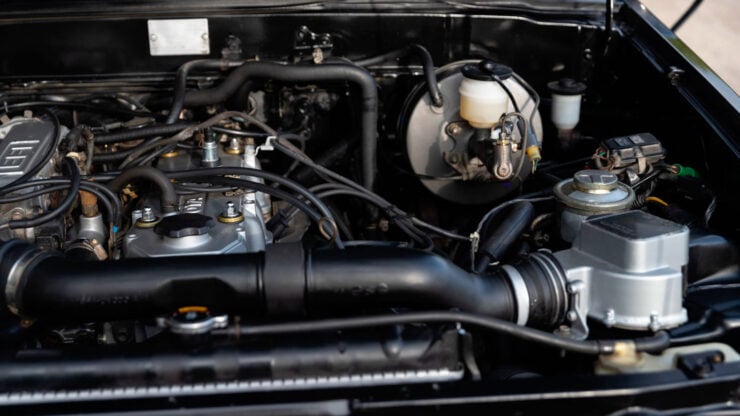 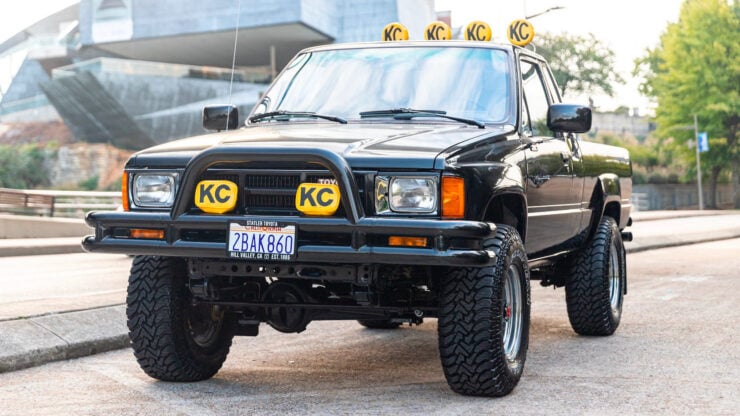 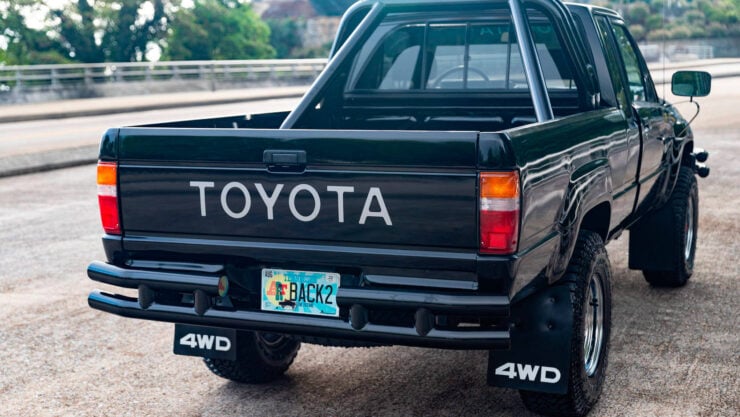 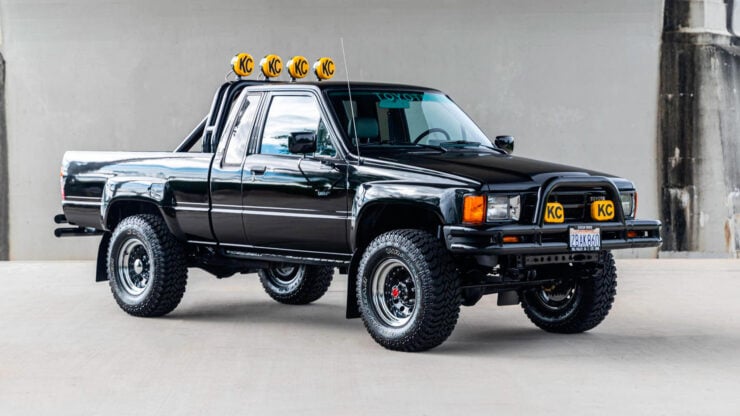 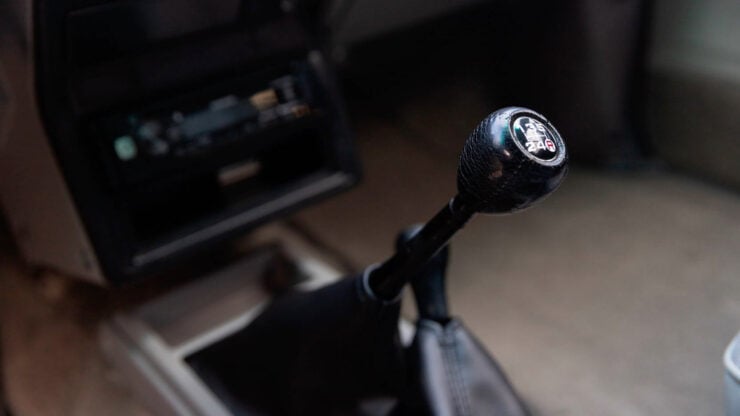 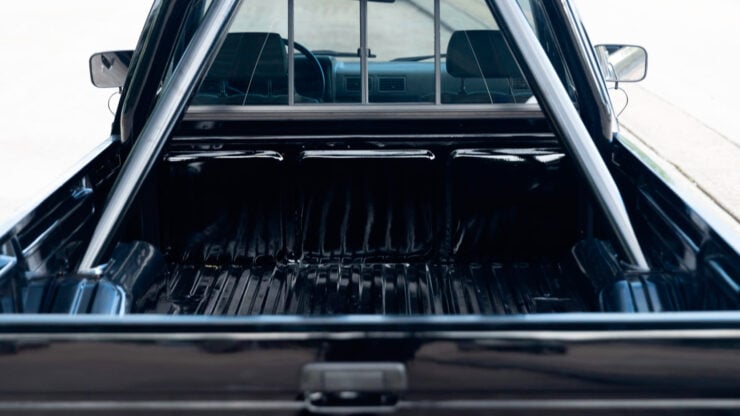 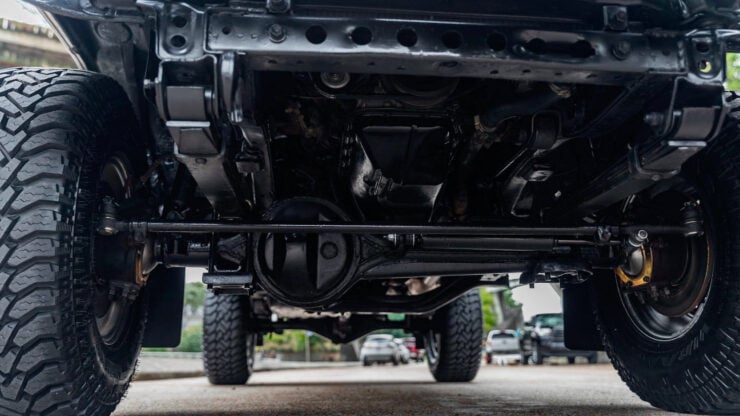 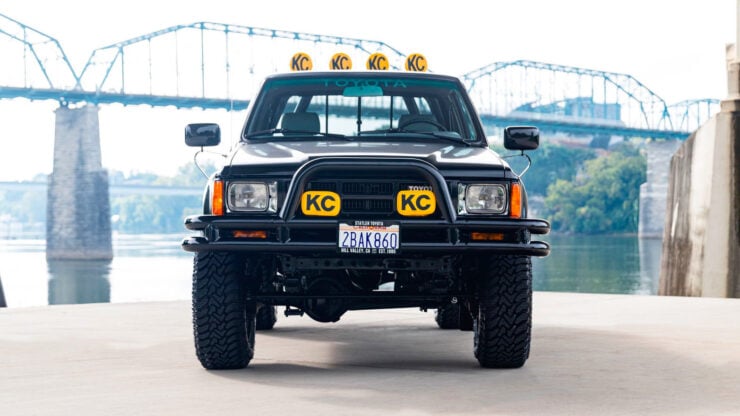 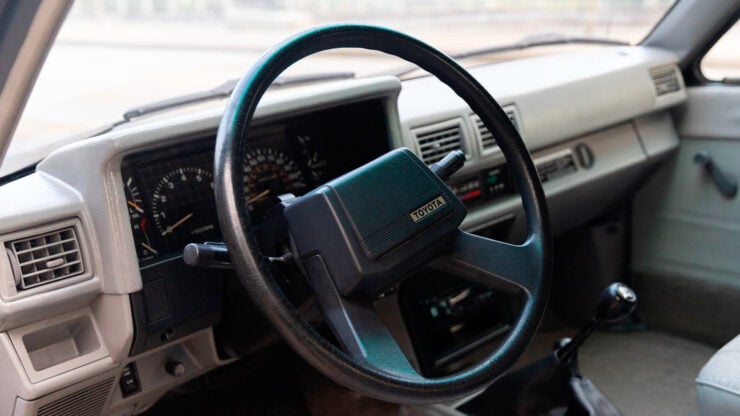 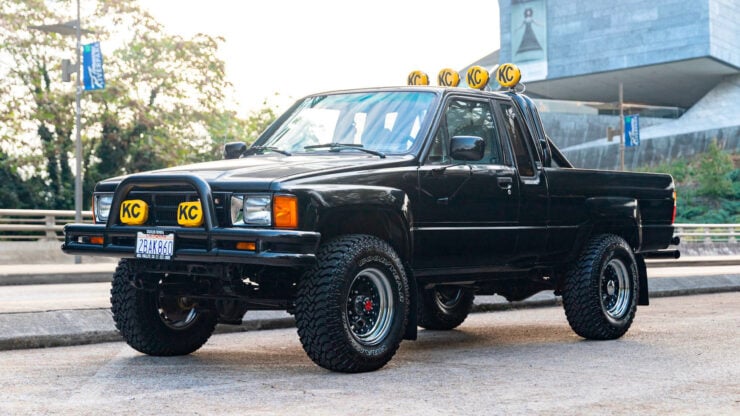